How to test a Circuit Breaker

I have very old Wadsworth circuit breakers that almost never trip. An electrician told me that sometimes these breakers aren't tripping when they should. There's very little online about this company since it went under in 1990. How do I make sure they still work without potentially damaging the wiring? Or doing something dangerous like shorting out a circuit? 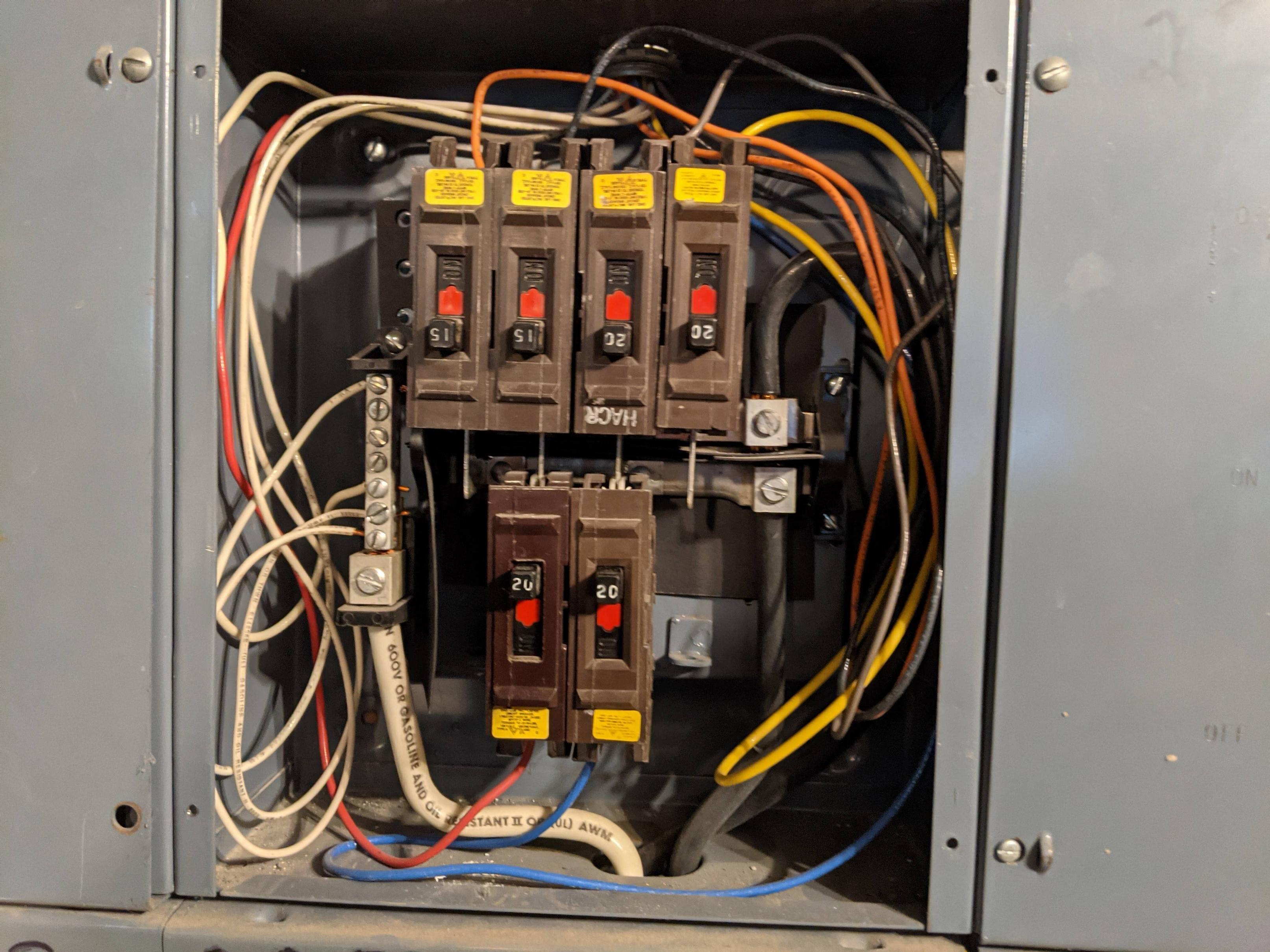 Sadly, there just isn't much data to go on

Unfortunately, very little is known about the behavior of Wadsworth breakers; the original manufacturer is nothing more than a brand name that's been tossed about the industry a few times since they stopped being a going manufacturing concern, and while there are replacements out there, there is basically no manufacturer data about their performance, either. Nor are there any independent test results; unlike the FPE fiasco, which motivated a significant independent study effort (the work of Aronstein et al) that also swept in Zinscos and their checkered history as well as several more mainstream brands of breakers to serve as a reference point, Wadsworth breakers have not been analyzed in-depth by anyone outside of UL (back then) or ETL (more recently).

You can't really test a (small) breaker in-situ either

Atop this dearth of information, there is basically no way to safely test a miniature (loadcenter) breaker while it is installed. This is because most breakers consist of two parts: a thermal trip that protects wires against overheating caused by overloading of circuits, and a magnetic trip designed to catch short circuits and other such catastrophic, high-energy faults.

With the thermal trip, the primary hazard of testing it while the breaker is installed is that the circuit itself will simply fail open at a weak connection under an overload test current (say, 200% of breaker rating), creating a hard-to-diagnose fault. If you carried on long enough without the breaker tripping, the wires would eventually overheat and create a fire hazard, as well, which could be a problem with relative unknowns like your Wadsworth breakers. (It's less of a problem with modern wiring like the THHN used for your homeruns than it is for old cloth wiring as modern insulation withstands heat better and thus as better safety margins against overloading, but it's still possible to do.)

However, the primary problem is that the thermal trip is rarely needed to safeguard a circuit from damage; instead, under high-energy fault conditions, such as those created during a short, it's the magnetic trip that needs to operate in order to instantly disconnect the circuit and thus stop further damage cold in its tracks. These levels of fault current (at least 10 times the handle rating) are much more damaging to the circuit as a whole than a simmering 200% overload is, and there is very little limit on how high a breaker's magnetic trip can be set.

As a result, there isn't any good way to test a loadcenter/miniature-type breaker in-situ without risking severe circuit damage, and the high-powered equipment required to test a breaker's magnetic trip function can't realistically be brought out to a worksite either, even if pulling the breakers in question out and sticking them in a test machine was in the cards.

The other part of the problem here is that it appears that we aren't looking at a simple breaker panel here, but some sort of multi-way meter-pack that contains a set of electricity (watthour) meters and associated small breaker panels. As a result of that, and the space constraints associated with that, there's really no way to fix this without essentially rewiring significant chunks of the building.

You don't want to short out a circuit to test a breaker. I have tested breakers simply by overloading the circuit with a 1500 watt construction light and a few 1200 watt hair dryers, depending on the breaker size. This worked pretty well for the 15 and 20 amp breakers. Just about all of the breakers I've encountered that were bad either tripped with little or no load or failed to reset after being turned off.

2
Multi-circuit transients without breaker trip
2
How to add a secondary circuit breaker, limited to cutting a single appliance
1
Circuit Breaker current metering
10
Tandem breaker needs both thrown to break circuit. Incorrectly wired?
6
Diagnosing instant circuit breaker tripping, with nothing connected
1
Breaker Trips when turning on saw
4
After some work in panel, GFI breakers for *other* circuits trip when well pump runs
0
Circuit Breaker tripping with "no load"
7
Is short-circuiting a good way to test if a breaker is safe?