What is the best way to transition from THHN wiring in exposed conduit to a wall panel inside a wall? The conduit holds wiring for a 120v circuit and a 240v circuit with power outlets. I was going to use a 4x4 junction box to transition through the back of the box into the wall using using romex behind the wall. It is my understanding that you can't put both lines through the same knockout because they are different voltages but not sure how to mount a junction box on sheetrock with two rear knock outs broken out. Seems like a lot of sheetrock would need to be removed to do that. Any ideas welcome. 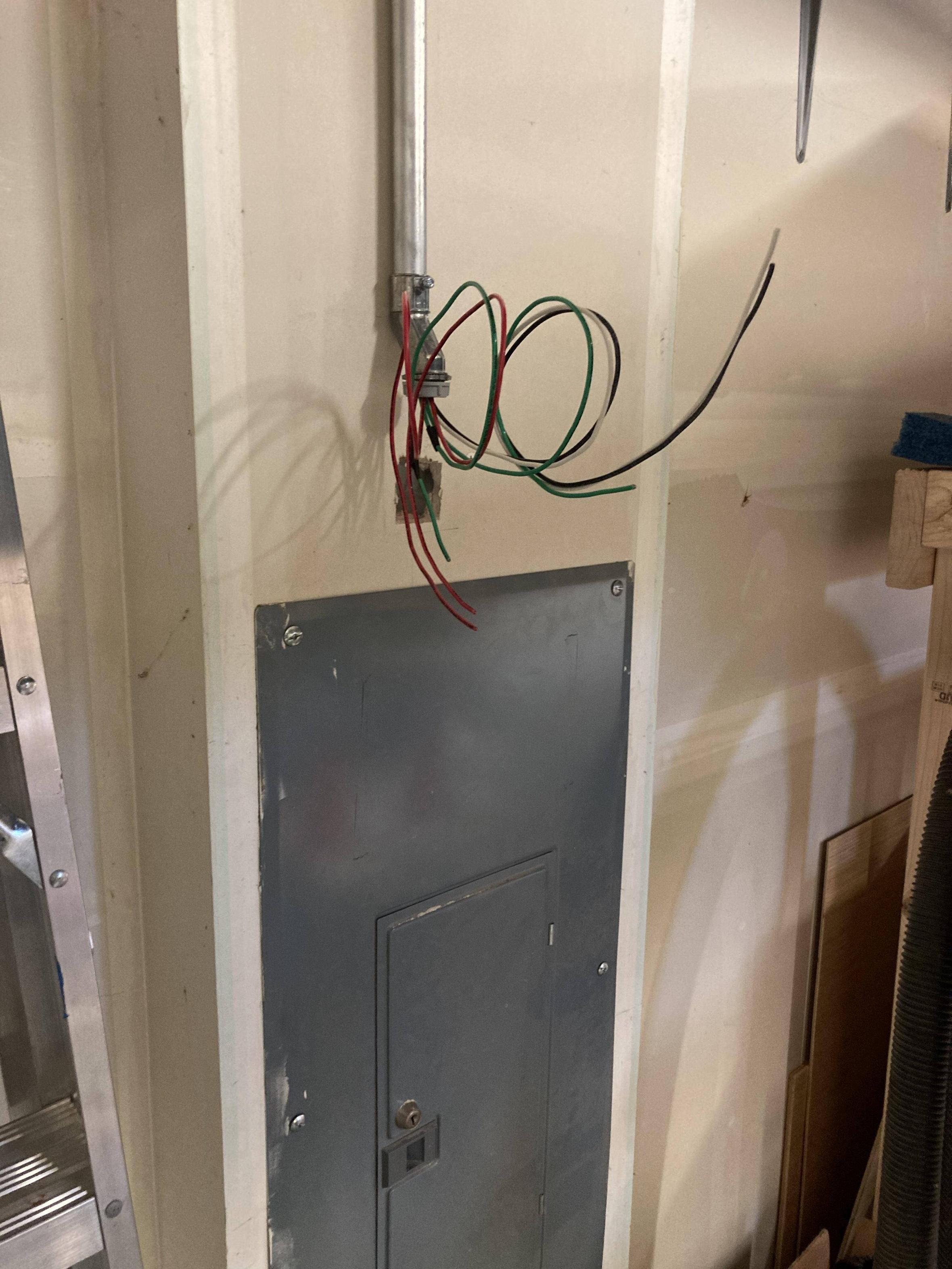 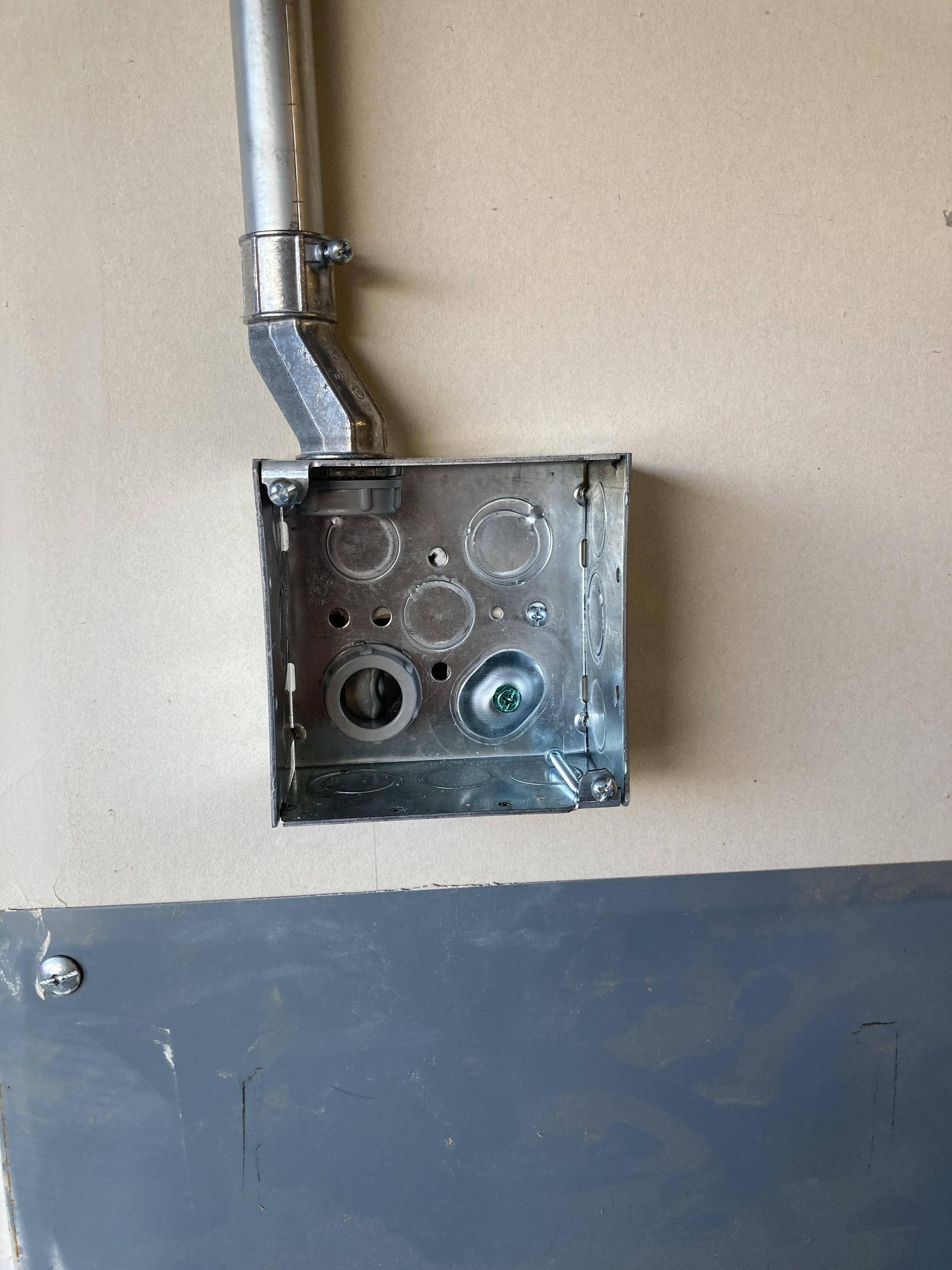 The simplest way to do this would be to use an EMT-to-FMC coupling and a length of flexible metal conduit of the same size as your EMT that "dives" into the wall and lands in a straight-in FMC fitting atop the panel, as it appears you have enough length in your wires to do this. You'll need to remove the box and offset nipple first, though!

You could also use a bent section of like-sized EMT and a coupling to make the "dog leg" through the drywall. This may be more attractive than transitioning to FMC if you're handy with a conduit bender.

If that doesn't work out, probably because the wires are too short, then you can flush mount the box, with a wiring method of your choice (I'd use a rigid or EMT nipple and locknuts, myself) from the box to the panel, then use a short length of FMC and the EMT-to-FMC coupling from before to attach the conduit to a right-angle FMC connector mounted into a KO faceplate (Steel City 52C6, shown below, or equivalent for a 4" square box) on the box. 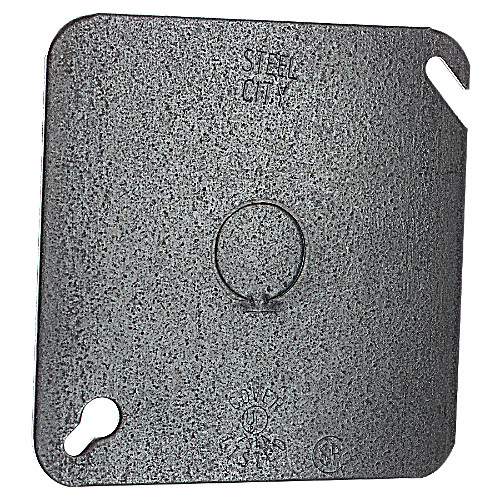 Or, use an extension

If the flex whip isn't appealing to you, but a box sticking out isn't a bother, you could use a flush-mounted 4" square box as above, but with an extension box (such as the Raco 203 shown below, NoSparksPlease's Raco 187 is designed to fit over a switch opening instead of the full box opening) and blank faceplate instead of the flex whip and KO faceplate, so that the EMT can come directly into the top of the extension box. 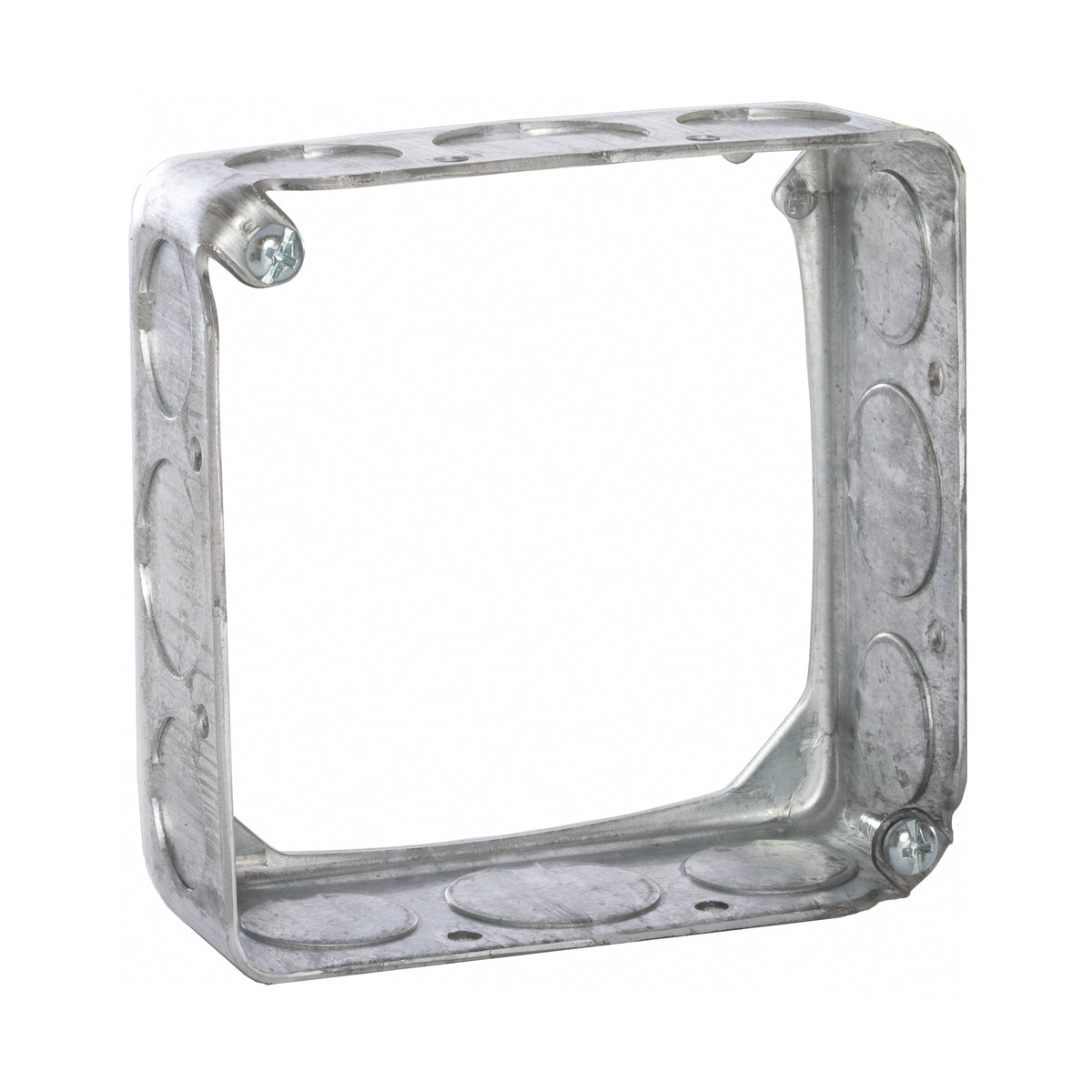 If your concern is that you have to cut away a lot of material to support the surface mounted box you might replace your existing box with a Raco 187 and put a cut-in box or two behind the 187. If you use two ganged cut-in boxes in the wall that gives you a little more room to get your hand in the wall trying to fish wires or flex down the inside of the wall to the panel. You have to mount the 187 with the window horizontal if you use two cut-in boxes.

I would connect the box to the panel with FMC or ENT to accommodate future changes. If you're up for patching some drywall I might move the box a little higher to give some more room for wire or cable flexibility.

2
Exposed Romex cable on garage ceiling without conduit protection
4
Can I connect 12 AWG wire to 10 AWG in a junction box?
1
Code compliance - how do I pass EMT conduit through an interior wall?
1
THHN to NM-B wiring, Transition from External Piping Conduit to in wall junction box
1
Wiring question from EMT to opposite side of wall
3
Junction box partially behind drywall and partially exposed
4
Properly grounding junction box for conduit transition
2
bringing NM-B into outdoor panel
1
LB/Conduit Body Inside the wall