Can you use self-drilling anchors on old plaster ceiling?

I'm installing a track light on the ceiling. The ceiling is old plaster (~1945)

The fixtures come with what I can tell are self-drilling anchors.

Is it a good idea to use these anchors on plaster ceiling, or should I use something else?

The weight load on each anchor should be fairly low (1-2 lbs is my best guess) so I suppose I could use any plastic-sleeve anchors, predrill the holes, and it should do minimal damage to plaster. 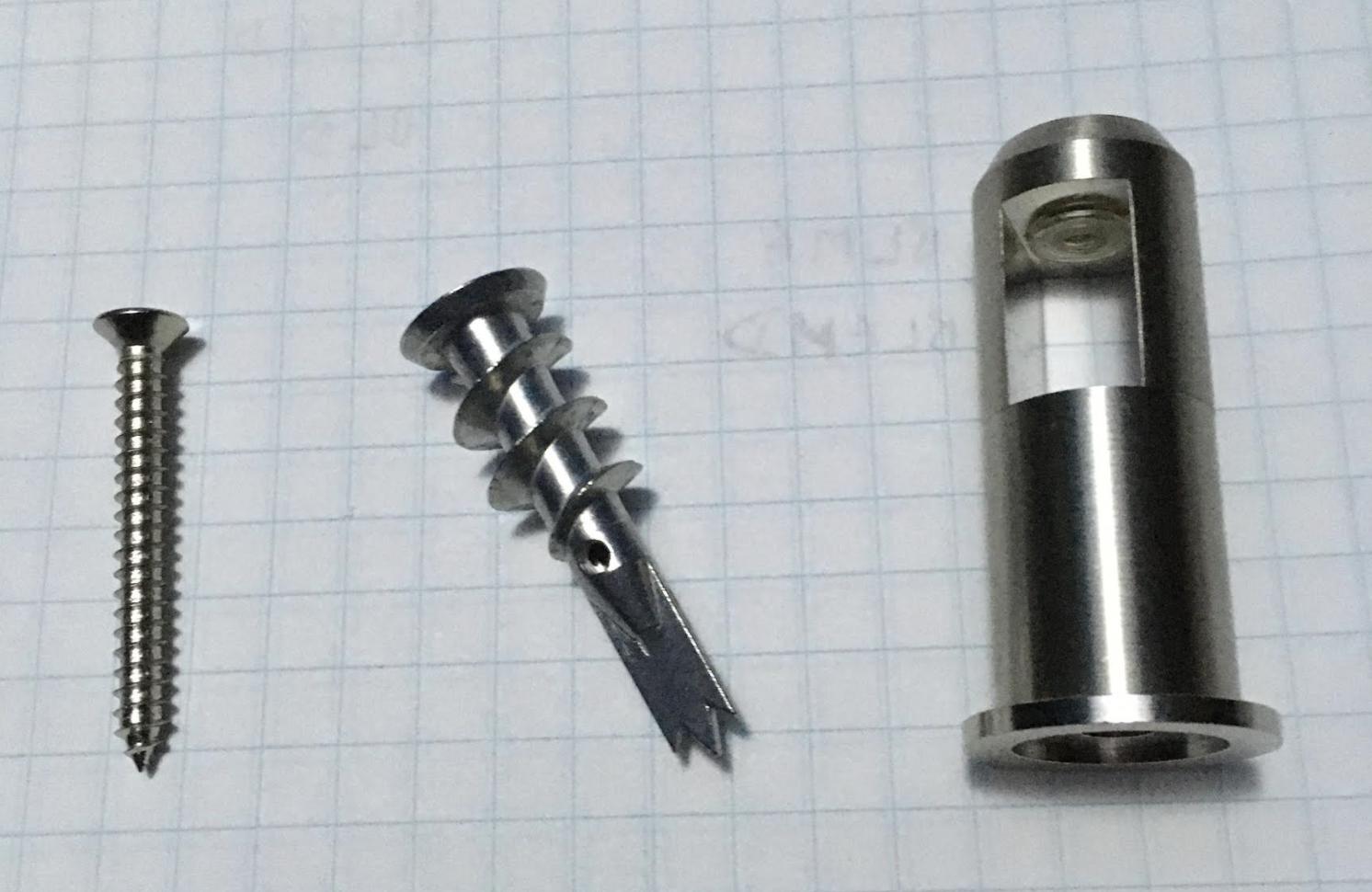 the gypsum ceiling that is over coated the self drilling work about as well as a drill bit. Many thought Sheetrock because it was less expensive was an inferior method so a skim coat was overlaid so it looked like plaster and some wanted the stucco look until the housing boom at the end of WW2. The coating may look like plaster but may be Sheetrock mud with sand (very common on the west coast). In any case these anchors work well on the ceilings where plaster or gypsum was used. If you hit a joist back off and use a screw.

On the walls I would use pre drilled molly bolts or toggle bolts.

Plaster is not hard but some skim coats of stucco are. Very few remodels I have done actually had stucco skim coats over plaster but a few did.

This will most likely not work because you won't be able to get this to screw into the plaster. That stuff is HARD. I use masonry drill bits in my house, and they go dull after just a few holes drilled.

You will probably be OK using wall anchors as far as the anchor holding your light, but I would go with a different style instead, like the expanding plug, or toggle bolt type.

I wouldn’t use self drilling drywall anchors if I didn’t know what I was drilling into. If it’s lath and plaster, or fiberboard or hardboard (you said there are holes???), you’ll run into problems. Use a tiny drill to drill a pilot hole. Be slow and gentle so you can feel what you're drilling into. If you hit a wood lath or a joist, screw a sufficiently long screw directly into the pilot hole and through the lath or into the joist. That (getting a good bite on a wood lath) will be at least as strong as a drywall anchor in drywall.

If you don’t hit a wood lath (you go between them, or the ceiling is not a lath and plaster ceiling) then drill the hole larger and use a good plastic anchor that’s not specific to drywall.

Re toggle bolts -- I also don't like those when I don't know what I'm drilling into. If you drill between laths and there is an excess of plaster pushed up that gap, you'll end up with a mess.

Not the answer you're looking for? Browse other questions tagged plaster anchor or ask your own question.

6
Will wall anchors work when screwed into a stud?
2
Re-anchoring in existing (failed) anchor holes in brick
0
concrete ceiling anchor: how much weight can it support?
2
pull up bar from concrete ceiling
0
How to patch small anchor holes in plaster wall and potentially reinstall anchors?
0
Anchors for concrete - what to use on a concrete ceiling?
1
Suspending many lightweight acoustic panels from a plaster ceiling
0
Does a brick sleeve anchor need to go all the way in?
0
Hung a shelf on a plaster wall, and it fell, but I want to try again--how do I do it right?