I'm excited to attempt a complex entryway pattern, but I'm having trouble figuring out the best way to start.

The idea is to have a herringbone pattern with 36" x 6" large format wood look porcelain tile centered in a surrounding symmetric double border separated from the herringbone pattern by schiene edge strip. The outside border is also finished with edge strip where it transitions at doorways.

The floor has been prepped, stratamat has been applied measurements and planning have been completed but I'm having trouble figuring out the best starting point to avoid having tight spaces with the trowel or not being able to place the leveling clips and wedges [levtec] on the right spots where the border would meet the herringbone pattern. Perhaps over thinking it a bit. 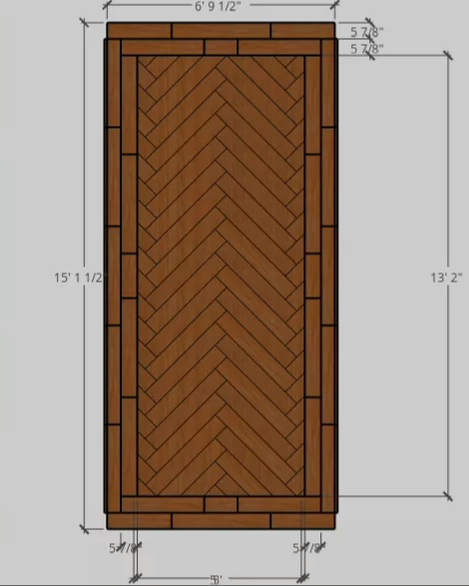 The top of this design is actually facing eastward toward the front door and the bottom branches out to the left into a hallway and on the right a kitchen. Refer to floor plan. 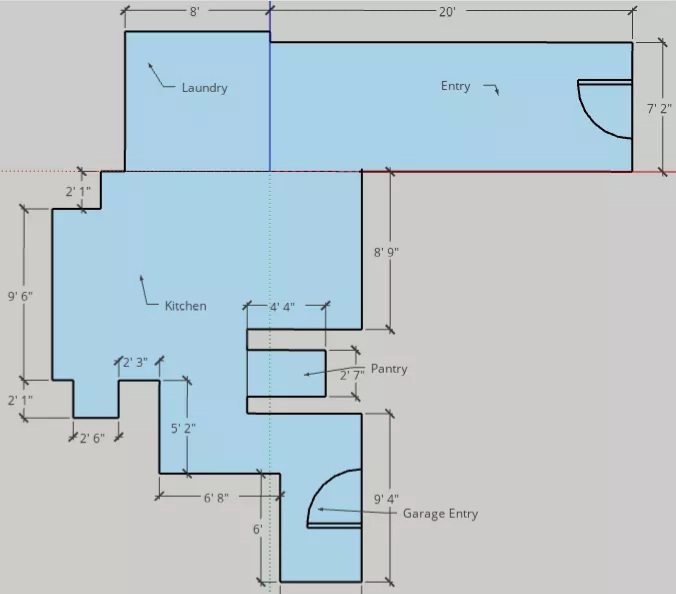 The dry run looked like this [ignore the non symmetry of the border, I didn't want to cut anything yet]: 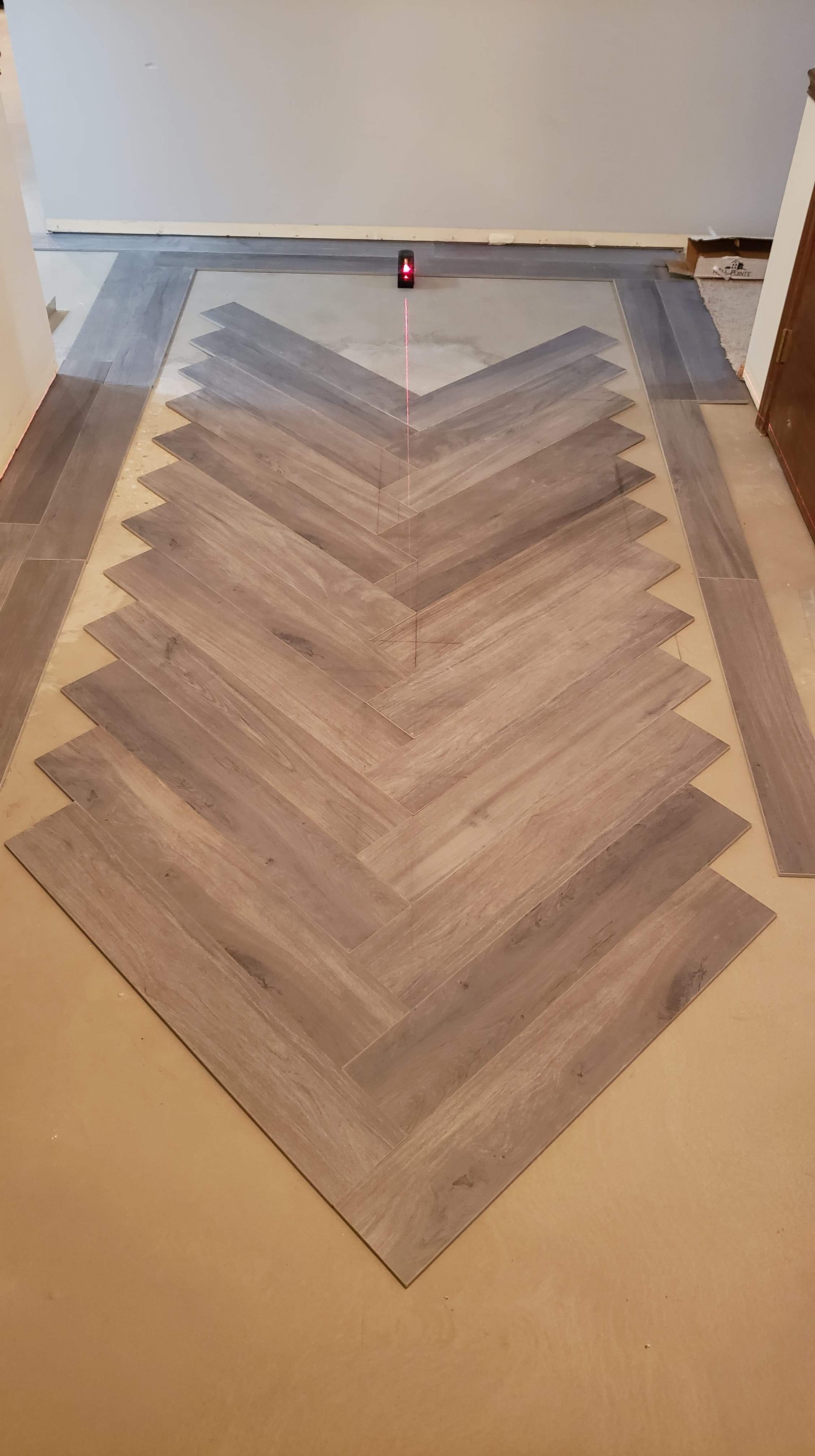 Edit: I will add that the East, South and West walls are perfectly plumb as measured with a 345 triangle, the north wall is off about 1/2" over 20'. One idea was to get the inner border perfectly square and steal some space from the outer perimeter on the northern wall.

Where would you recommend starting this pattern?

Edit: Final thought: trowel direction. Most literature recommends having the trowel lines running in the same direction but also having the trowel lines be oriented in such a way that the lines run in a direction that the air has a shortest path to escape when collapsing the troughs (ridges). In the case of herringbone would we run the lines in a v direction giving each long tile section a 90 degree orientation with the ridges or do we go from left to right or up and down having to spread a large area of adhesive to work around and hopefully not make a mess, this way the ridges run under the tile at a 45 degree angle?

With the hearing bone pattern you start in the center. Make all angled cuts the same or it will show to a trained eye at 20’ everyone else will notice something wrong. Any deviation in the room is taken up in the border you can hide a 1/2” out of square room with the border and it can be hard to detect but have the same deviation in your angled cuts and it shows.

Not the answer you're looking for? Browse other questions tagged flooring tiling or ask your own question.

7
How should I build a raised subfloor for my basement bathroom?
7
How can I transition between these floors?
3
What is the easiest way to tear out a bathroom subfloor?
0
How should the transition from tile to carpet be done?
1
Tying in to existing hardwood flooring
1
Hardwood flooring: transitions and expansion gaps
1
Can I float click laminate diagonally without transitions in my space?
1
Caulking corner of showers changed grout color
1
Tile on OSB substrate in bedroom