How do I prevent an interior door from latching?

I have an interior door (with doorknobs, not handles) that auto-closes. I would like, most of the time, to be able to just push the door open and not have to turn the knob.

However, I don’t want a permanent solution, because sometimes I do want the door to latch, in order to keep the dog corralled on occasion.

Any ideas on how to ensure that the door doesn’t latch unless I want it to?

Change the lock to either a magnetic one - which will always open with a push or pull or a spring-loaded roller one that will do the same.

The easiest way is to block the hole in the door jam that the latch goes into (I honestly have no idea what this is called). One way would be to put a strip of tape (probably blue painter’s tape) across it. Another way is to cut a piece of something to fit inside the hole which can easily be removed later (back in high school, I witnessed a classmate use a candle stub to keep a classroom door from locking).

A Ball Catch might meet your needs. I have a couple of sets in my home. In my case the doors do not have operable handles, just fixed. These are installed on the top of the door. In combination with the ball catch, you could tape over the opening in the striker plate, but that probably wouldn't last long.

Also, how often would you "want the door to latch?" ...A few times a day, once a week? Once a month? Tape would be an awkward solution if you wanted it to latch frequently.

A ball catch would keep the door closed, but still allow for just pushing the door or pulling the handle/knob to open it. If that works for you, you might consider simply removing the latch from the door knob completely. It would require taking apart the door knob, but that's a pretty simple matter. It would also allow you to revert back to a functional door knob/latch later if you changed your mind, sold the home, etc. 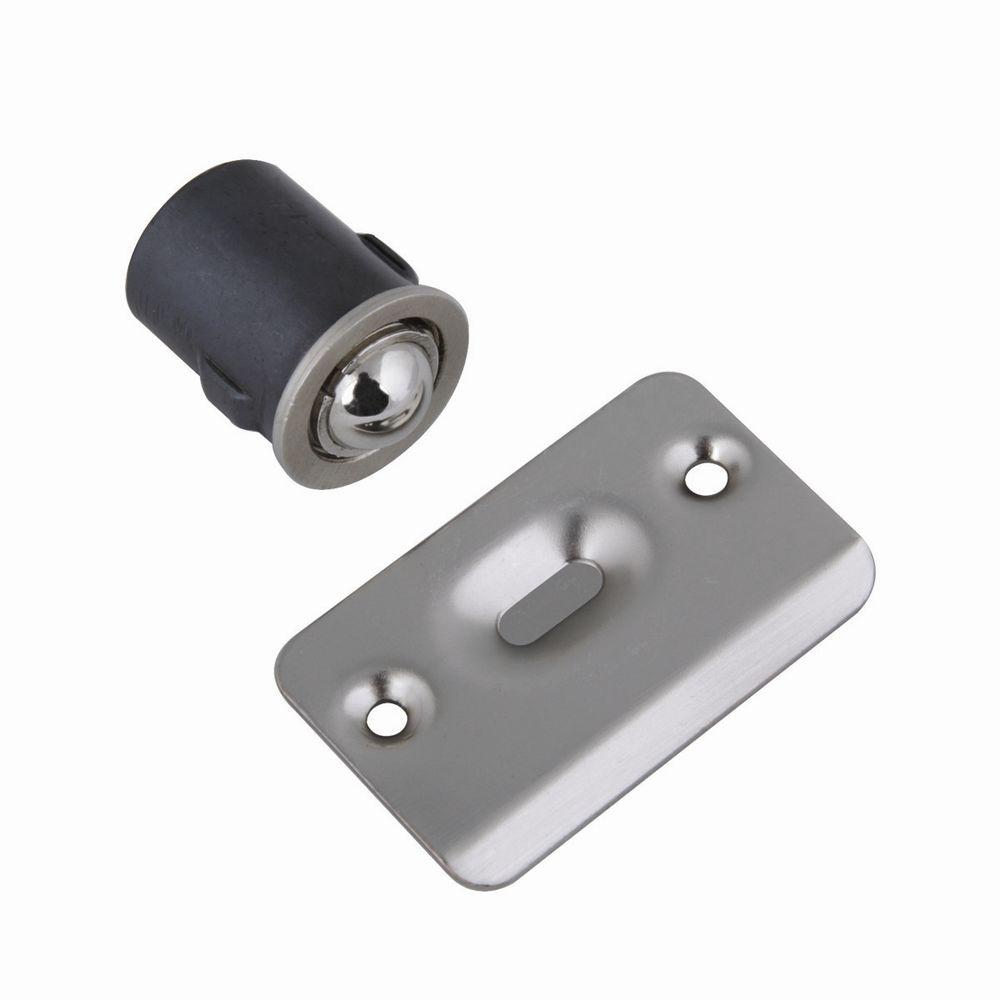 Whenever I want to temporarily keep a spring loaded door from latching I simply use the "handyman's best friend" - duct tape! Paper tapes work but they rip easily. Simply run a strip of duct tape over the latch and your done.

Not the answer you're looking for? Browse other questions tagged doors doorknob latches or ask your own question.

7
Why does my latch not retract when I push or swing the door shut, but will retract when the knob/lever is used?
34
How do I ensure the bathroom door stays open unless someone is inside?
1
Why can I no longer turn the knob of my self-locking door from the inside?
1
How can I adjust a door latch so that it engages securely?
1
Latch won't retract into my door unless I turn the knob
1
Replace door knob with lever handle on rim latch door
0
Interior Door Stopped Latching
0
Latching interior café door
1
Cabinet Latch like a Door Knob