What type of wall is this?

I'm installing blinds that will mount in the ceiling (inside) of the window pane. I initially used wood screws but then thought I'd use drywall screws for greater strength. I tried drilling a hole to push the drywall anchor in and am now confused. Please help!

Edit: Through lot of reading up, this is drywall backed by concrete. The metal strip howing through (bottom of picture) is the corner bead. 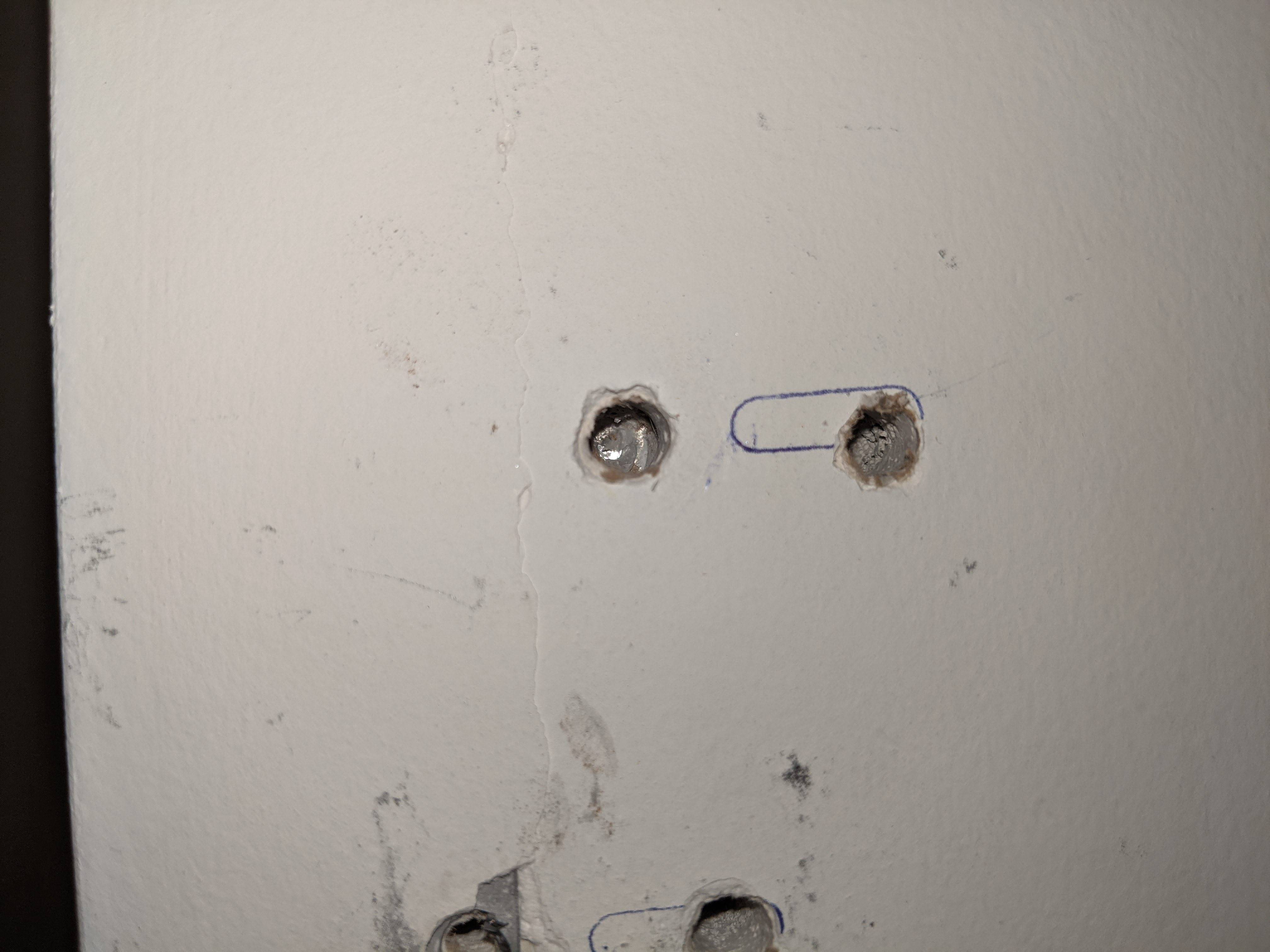 Behind the plasterboard (drywall) it looks like it could be the metal of either an RSJ or a Catnic. Either could have been used to support the brickwork over the window aperature. If it's a Catnic, it'll be possible to drill through, and use self-tappers to secure the blinds. If it's an RSJ, the steel will be quite thick, and will take a long while to drill holes for screws.

A drilled Catnic could have a larger hole through which you could push a drywall fitting - a longer one, so it expanded on the other side of the thin steel.

If it's an RSJ, there's also the possibility of drilling and tapping, so a bolt can be threaded into it. A very strong fixing, but maybe beyond diy.

You may be better off trying to fix into the sides of the reveal - at the very top, which may just be drywall - but needs a different blind fixture.

Not the answer you're looking for? Browse other questions tagged drywall wood blinds or ask your own question.

3
How do I solve my problems with a paper faced outside corner bead coming loose?
0
safe distance for re-drilling nail holes
6
Do lag bolts need to be centered?
0
Safe mounting of decorative hook with small holes
0
What’s preventing my drill from going though my wall?
0
Mounting shades inside metal window frame
4
How can I attach drywall directly to cinder blocks without using furring strips?