Which pipe do I need to link under sink trap and drain?

I removed the trap to clean it out. There were actually two pieces: the trap, and a piece of pipe connecting the trap to the drain pipe 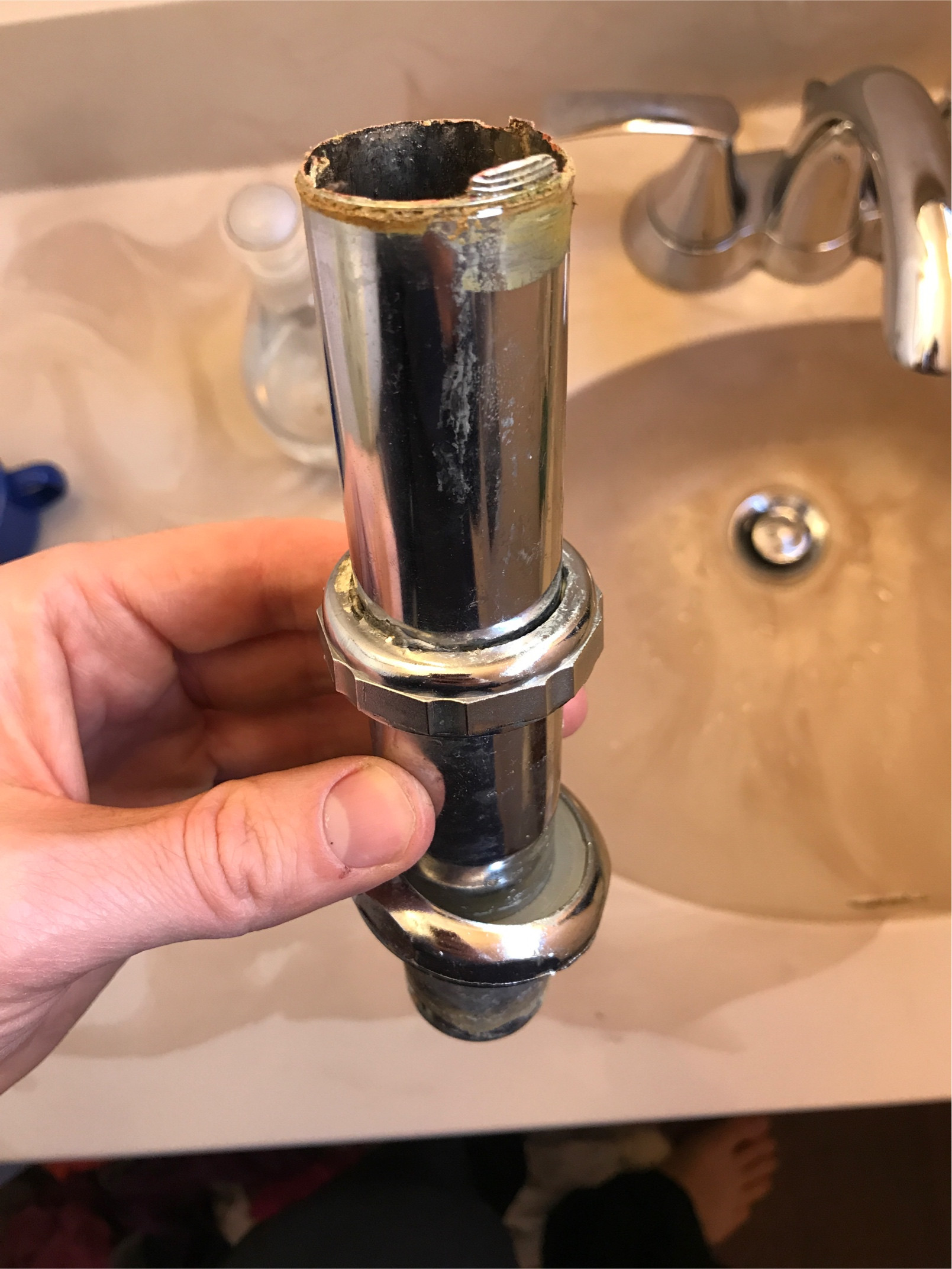 When putting it back, I realized the threads and top of the connecting pipe were broken a bit and wouldn’t fit back into the pipe as is. I must have removed something that wasn’t supposed to be. Anyways, now I need a replacement pipe to go from the drain pipe to my trap. The top I think needs to be female but I don’t have much room to wrap around the drain pipe- maybe only a half inch- before it would hit the stopper device. 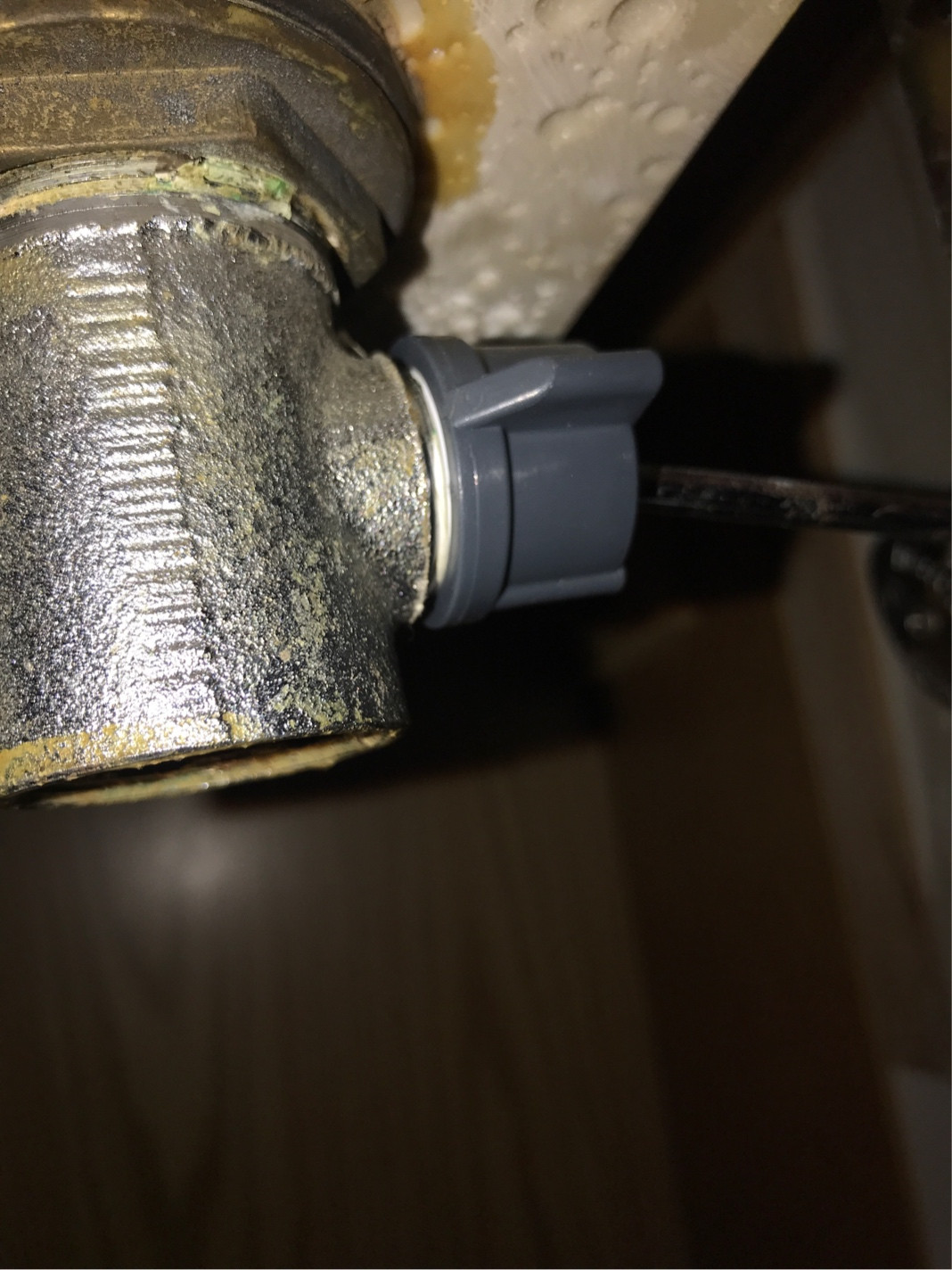 Which pipes do I need? 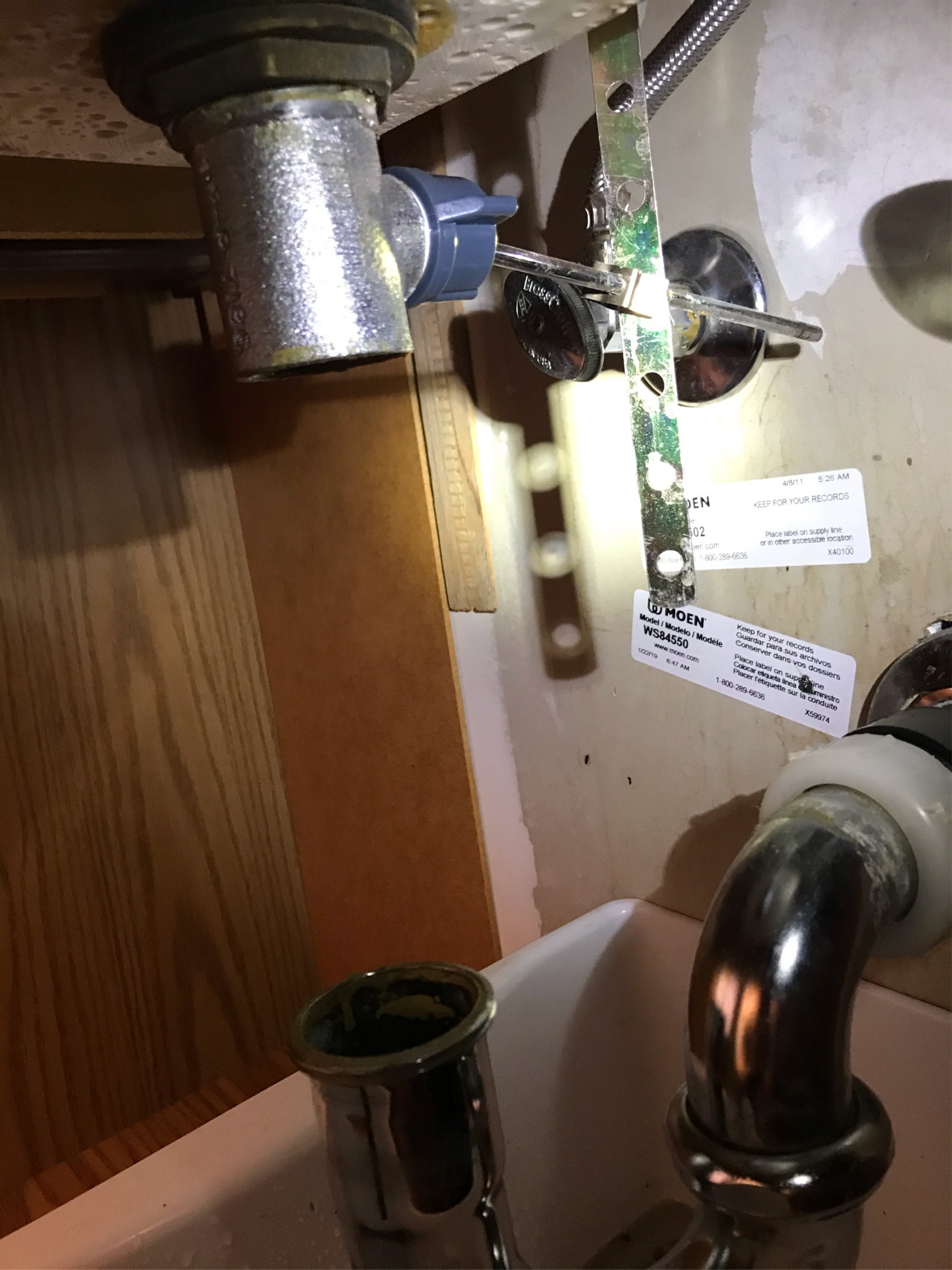 If you can’t get the tail out of the basin pop up /drain stopper you may need to replace the entire drain assembly. Don’t panic only about 12.00$ at the big orange home store “pop up assembly” by easy flow is one inexpensive one that will work.

First remove the drain pop up lever unscrew the plastic and pull the rod out the back. the rod is held in place by a spring clip now you can slid the rod off the clip

The basin nut at the bottom of the sink now needs to be unscrewed loosened.

Now comes a possible difference depending on type some the nut will come all the way off and the assembly can be pushed up. The other way (most common) is the top section unscrews and when the flange is loose pull down and remove lift the top piece and stopper out and it is ready to be reassembled.

When you purchase the new piece if it doesn’t have a seal for the top (many come with a neoprene seal) you will need a small tub of plumbers putty.

Roll out a nice fat worm slightly longer than what it takes to wrap around the pipe at the top part (the flair that the stopper sits on) when snugged down plumbers putty squishes out and fills the voids creating a water tight seal of there is not a neoprene seal. Other than that you can keep the existing piece to push and pull the stopper or remove and install the new one. The stopper adjustment is the toughest part it may be slightly higher or lower than the original once adjusted I put the slip joint pipe to the P Trap and snug all the nuts. After doing this a few times it can be done in under 15 minutes, but the first time expect 30-45 minutes. A pair of plumbers players with the adjustable jaws that can open to 1-1/2” really makes the job much easier and is the only tool I usually use other than a screw driver to scrape any old plumbers putty away after removing the drain/ pop up assembly.

There may be some instructions make sure to look them over , if you have an over flow drain you will want to line up the holes with the drain.

I probably made it sound hard but really I have to pull mine apart several times a year because it gets plugged with long hair from the wife, daughters and all the granddaughters long hair they are not hard and if you can’t get the tail out or find a new one to screw in you will need to replace it.

Not the answer you're looking for? Browse other questions tagged plumbing bathroom repair or ask your own question.

4
When does an under the sink P-Trap assembly need venting?
1
How can I reattach a drain pipe that detached under the sink?
11
Sink tailpiece doesn't line up with trap
2
Reconnecting sink drain
1
Kitchen double sink drain pipe reverse slope
0
How to replace vent tee under kitchen sink
0
1.5 inch male thread drain coming out of the wall. How do I connect a plastic p trap on it?
0
How can I lower a sink trap to accommodate an appliance drain connection?
2
Simple under-sink plumbing redirect