So I have an 1880s Victorian in Boston that is proving to be quite the adventure. I'm new to this, so hopefully I am using the right words.

I have a four zone hot water heating system with radiators and baseboards. One of the zones (my problem zone) covers most of my second floor and features three standing radiators -- big old Niagras.

For each of the radiators, the hot water travels up from the basement, through the radiator, and then back down to the basement. The pipe then crosses the basement ceiling and goes back up again to the next radiator. After the third and final radiator, the pipe returns to the boiler area where there's a pump to pull the water.

The first radiator in the loop is HOT. The second is lukewarm. The third is room temperature.

We replaced the old pump with a new Taco - the old one was on its last legs. We also replaced the expansion tank.

The next identified culprit is the flowcheck valve (green in photo attached).

Could it be that the flow valve is slowing the flow of water through the system? Is it more likely that the first radiator is gobbling up the heat somehow?

I've attached photos of the first radiator, the up/down pipes (just to give you an idea), and the flow valve we may replace next.

Any help/ideas for what could be wrong would be much appreciated. 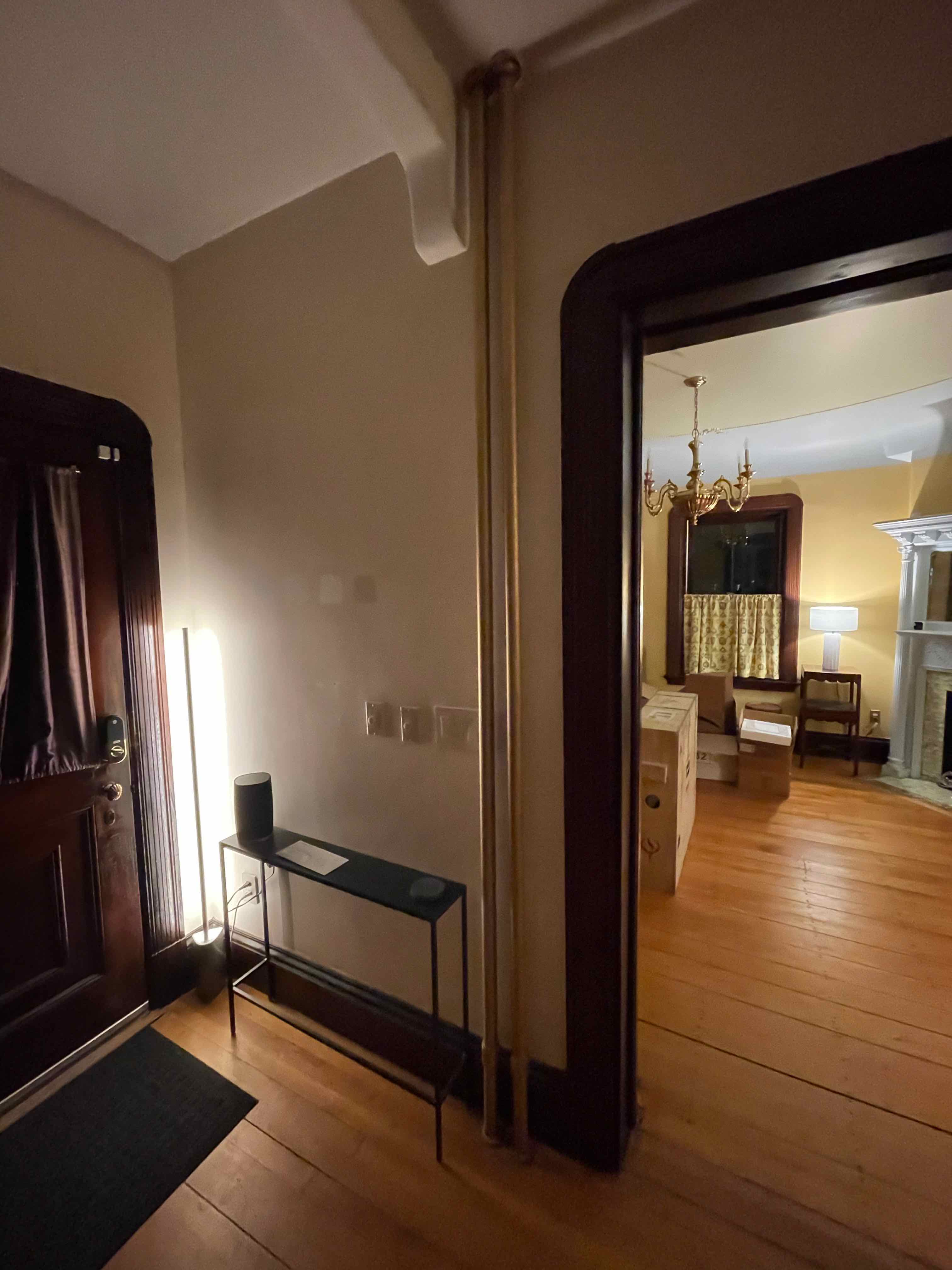 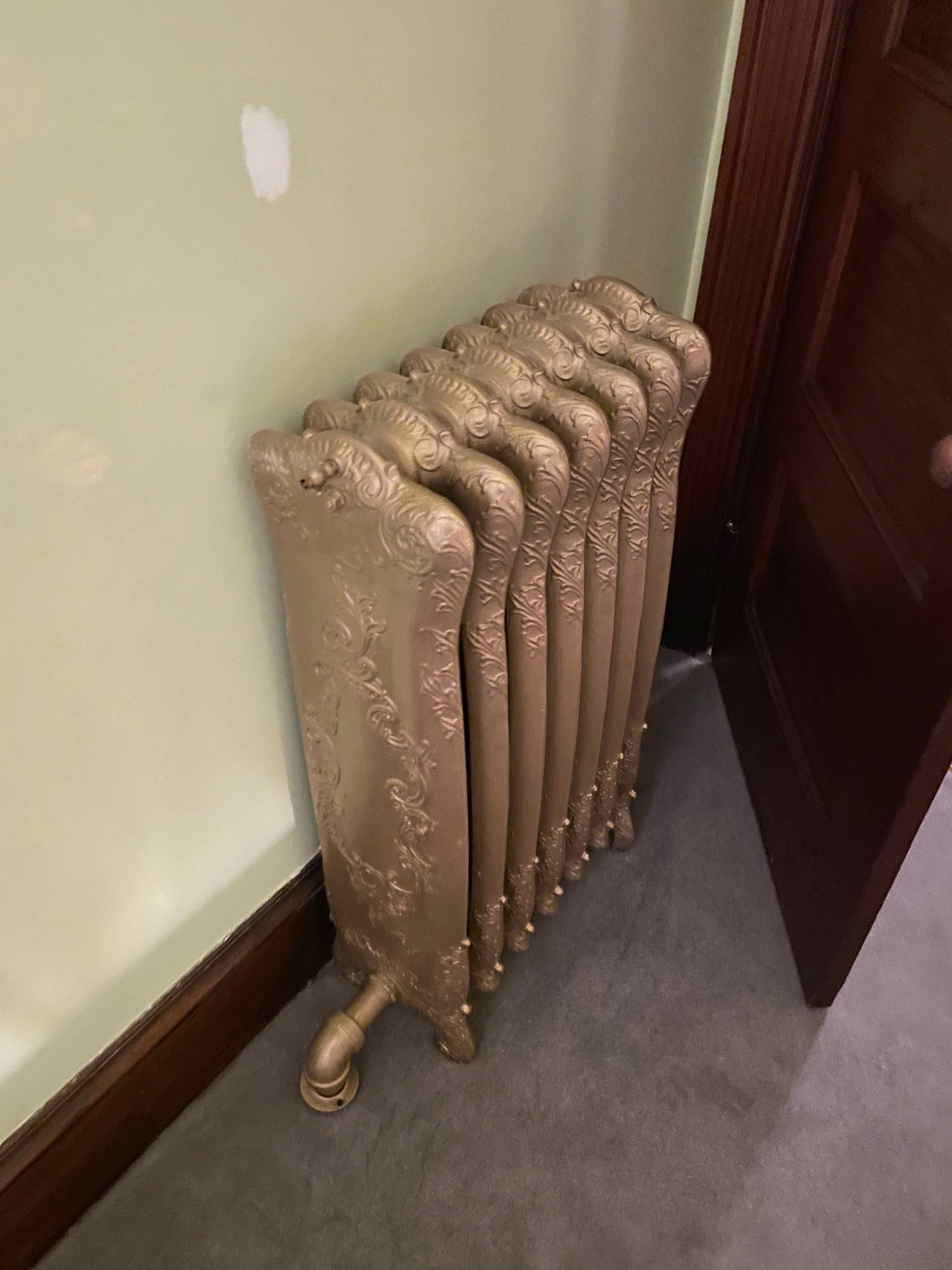 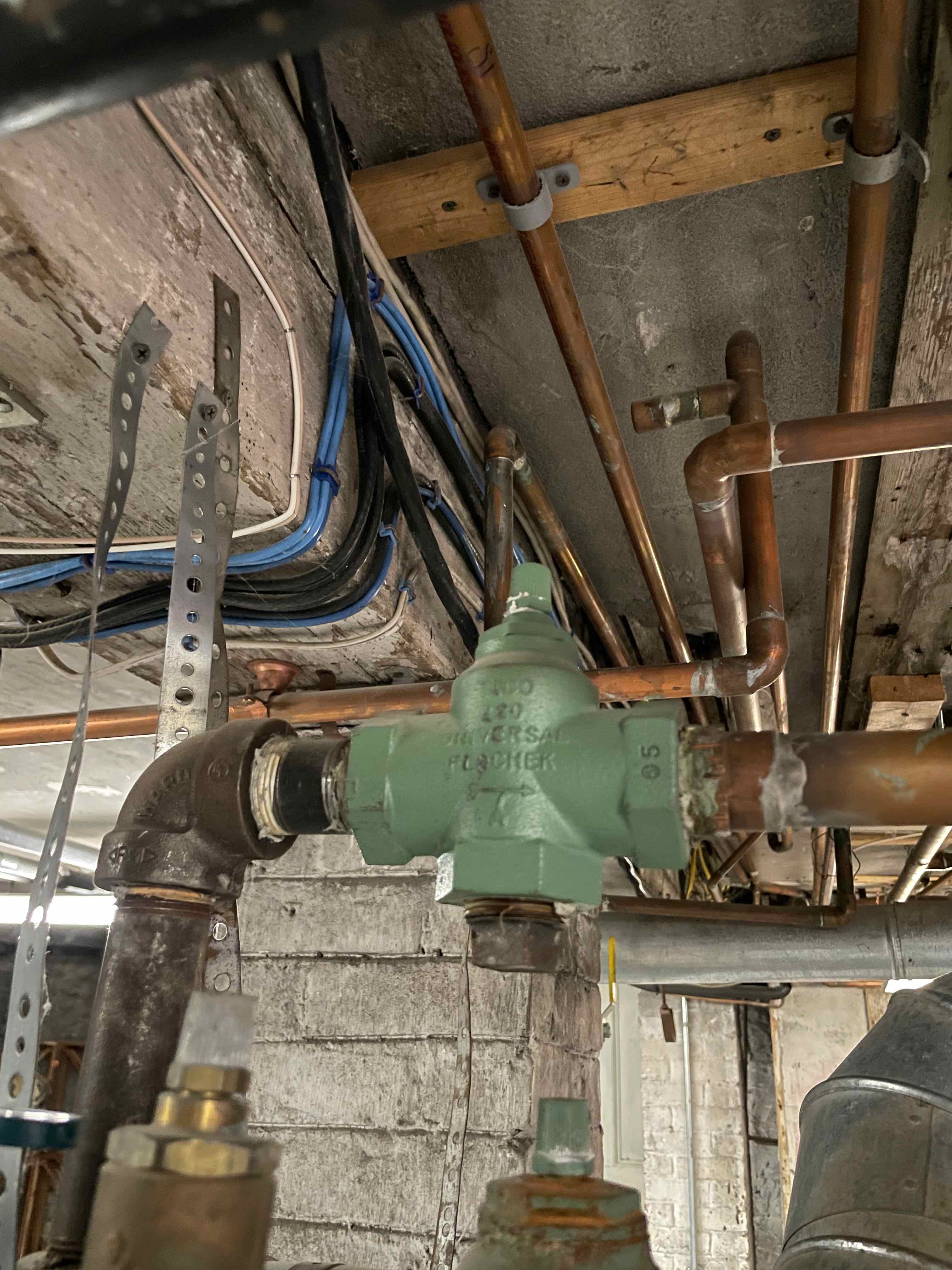 Also a flush of all radiators can help to improve the throughput - sometimes they are clogged with metal oxides and dirt like old car radiators.

If the first radiator is only hot in the upper part, and cold in the lower part, it could be also a failure of the pump (blocked by the dirt in the system) resp. the capacitor of the pump. Often this capacitor is defect thus blocking the pump from running on its nominal power. This can even happen with new pumps.

A photo of the pump might help to identify that probability.

Air bubbles in the radiators are another reason for cold radiators. Could be easily checked by the bleeding valves. Thus the color of the water can be seen (f.e. in a white cup).

Looks like someone "repurposed" steam radiators by adding return lines. You've got a buttload of uninsulated pipe there. I would seriously consider re-plumbing between the 3 radiators without dropping down and up again in between. This may be impossible or at least aesthetically ugly depending on where the radiators are & whether you can run pipes thru walls, etc.
I would start by putting insulation (tubular foam rather like pool noodles) on all the pipes you can get to and see if that helps at all.

BTW, since your first radiator does get, and stay, hot, I disagree that there's any flow restriction. If there were, hot water wouldn't get anywhere.

As a side note, personally I'd look into replacing all the radiators with electric units. You can run all the wires thru the existing pipes. Not cheap but does simplify things, and allow for room-by-room zone heating if desired.

Not the answer you're looking for? Browse other questions tagged hvac heating radiator or ask your own question.

4
Why isn't water coming out of a radiator in my freshly pressurized system?
2
How do I unstick a radiator valve?
3
What could cause my radiators to go cold when the hot water is turned on?
2
What could be causing the humming sound in my hot water radiator?
2
What is the difference between EU and US radiators?
1
Is 68F too low for hot water heating thermostat? Final radiators not getting heat
0
How do I force pump to force supply to radiators at top of house,
2
Water radiator system has single loop instead of flow & return pipes — does this make sense?