What should I do to make good on some lightly water damaged plaster?

When we moved in to our house (an early 1970s build in the UK) we noticed some damage to the plaster above a window; the surface was uneven and some was loose. It appeared dry so the surveyors and builders and us assumed it was a problem with the RSJ and recently installed double glazed uPVC windows and so the builders simply knocked out the loose plaster and reskimmed the area. However, after the plastering was complete but before we started sealing or decorating the wall we noticed a growing damp patch and found a broken tile directly above the wall, which had been fixed up with gaffer tape which after recent rains had come away. I got roofers out and the roof has been made water tight with some new felt and our roofers are looking for replacement tiles.

After 9 days of being left in a heated room to dry the affected area looks like this: 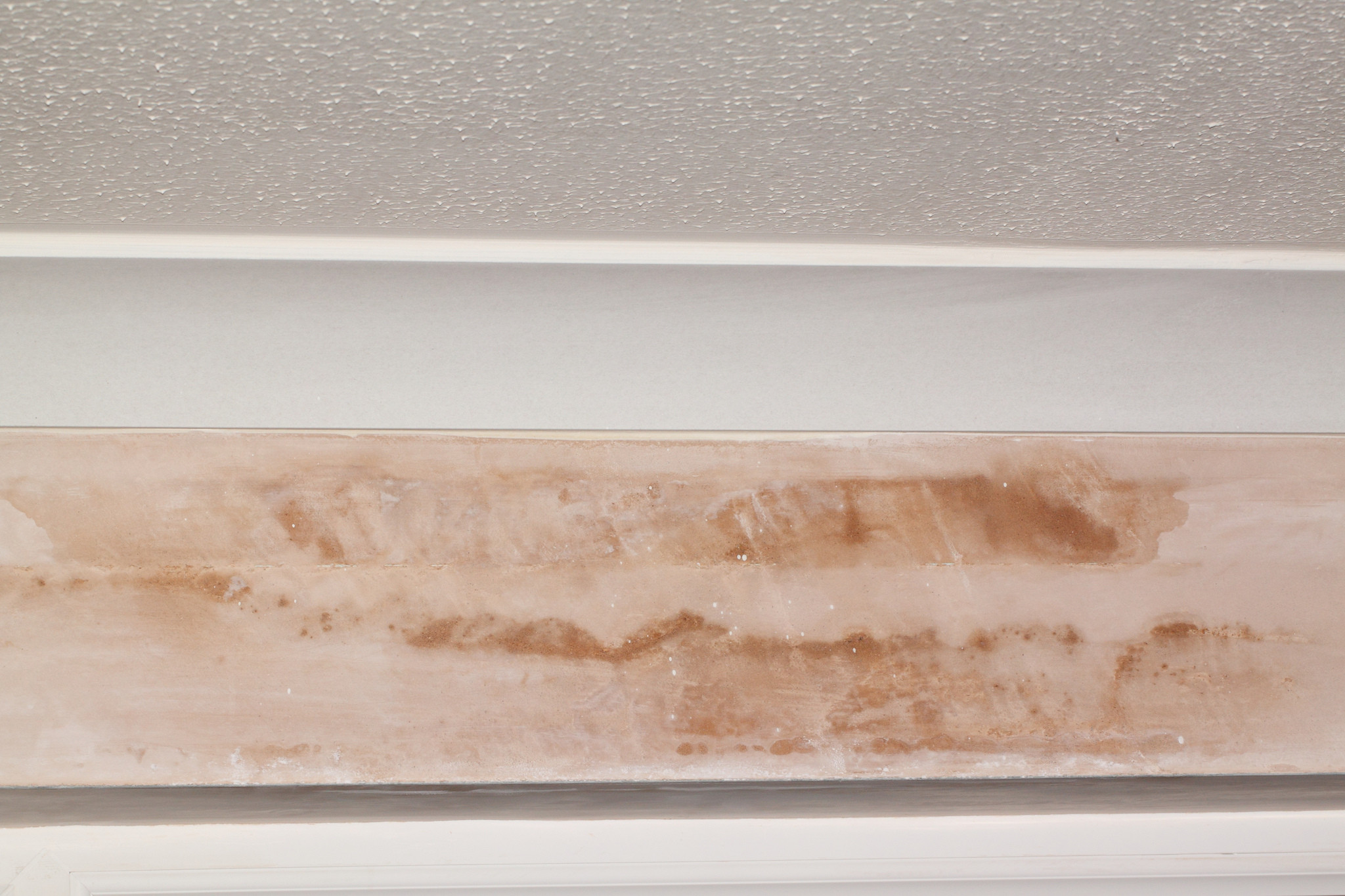 The surface is still smooth and intact and the plaster no longer feels damp to the touch. When tapped it sounds as solid as unaffected plaster on the other bits and does not ring hollow. The coving above looks intact though there was little water running behind it before the roof was fixed. If I run my finger over the area there is some white residue.

Should we let the plaster dry out and seal it up and decorate, or repair it somehow?

If the surface is undamaged and it sounds solid just leave it to dry out completely. If it's now dry to the touch then it is drying out. If there was a lot of water coming in it will take a while to dry out.

Once it has dried then seal it with a coat of thinned white emulsion before putting the main colour on or wallpapering.

One caveat though - it could be permanently stained so it might still look damp but be perfectly dry - so even if the discolouration hasn't changed in week (or so) it will be safe to decorate. What you could do in the first instance is just paint. If there is still a problem with the damp it will quickly show up and you can then look at replastering.

The residue should be scrubbed with a damp sponge with a mild detergent, rinsed with several damp sponges and allowed to dry.

Stains should have an appropriate stain blocking primer: for water, you should use either a shellac or oil based primer.

Any top coat can then be used: Latex, acrylic or oil

Not the answer you're looking for? Browse other questions tagged walls leak plaster or ask your own question.

2
How can I damp proof this wall?
4
What should I use to repair plaster in a bathroom?
6
What questions should I ask of a structural engineer about these cracks in my brick walls?
0
Has the DPC (damp proof course) failed if moisture is showing above paint?
0
How to repair stripped drywall anchor
2
Anatomy of a concrete wall – what are all these layers called?
1
How can I repair damaged plaster when I come to repaint?
0
Simple fix for formerly damp patch on the wall