I just bought an old house that was build in the 1950s. The house has hardwood flooring all over the house. The hardwood floor squeaks everywhere, not in just a specific spot or area. I noticed that is mostly the boards rubbing against each other seems to be what is causing the squeaks. In some areas you just push the wood with your hand and you see the plank moving. I tried using the Squeak No Moreeee kit. But I stopped, since I would have to screw down every single board. I tried putting baby powder and all that. Nothing has worked.

My plan was to fix the squeaks and then put LVP on top, since this area of the house is going to be rented out.

A lot of people told me not to remove the hardwood floors because it gives value to the house, but I think to myself, who wants a house with these hardwood floor squeaking (besides me, since I'm thinking as an investment property).

My question is: Is there a way to fix the squeaks on the floor and put LVP on top, or is my only option to remove the hardwood floor and put the LVP in the subfloor with underlayment?

Here's the floor I currently have and the LVP that I want to add: 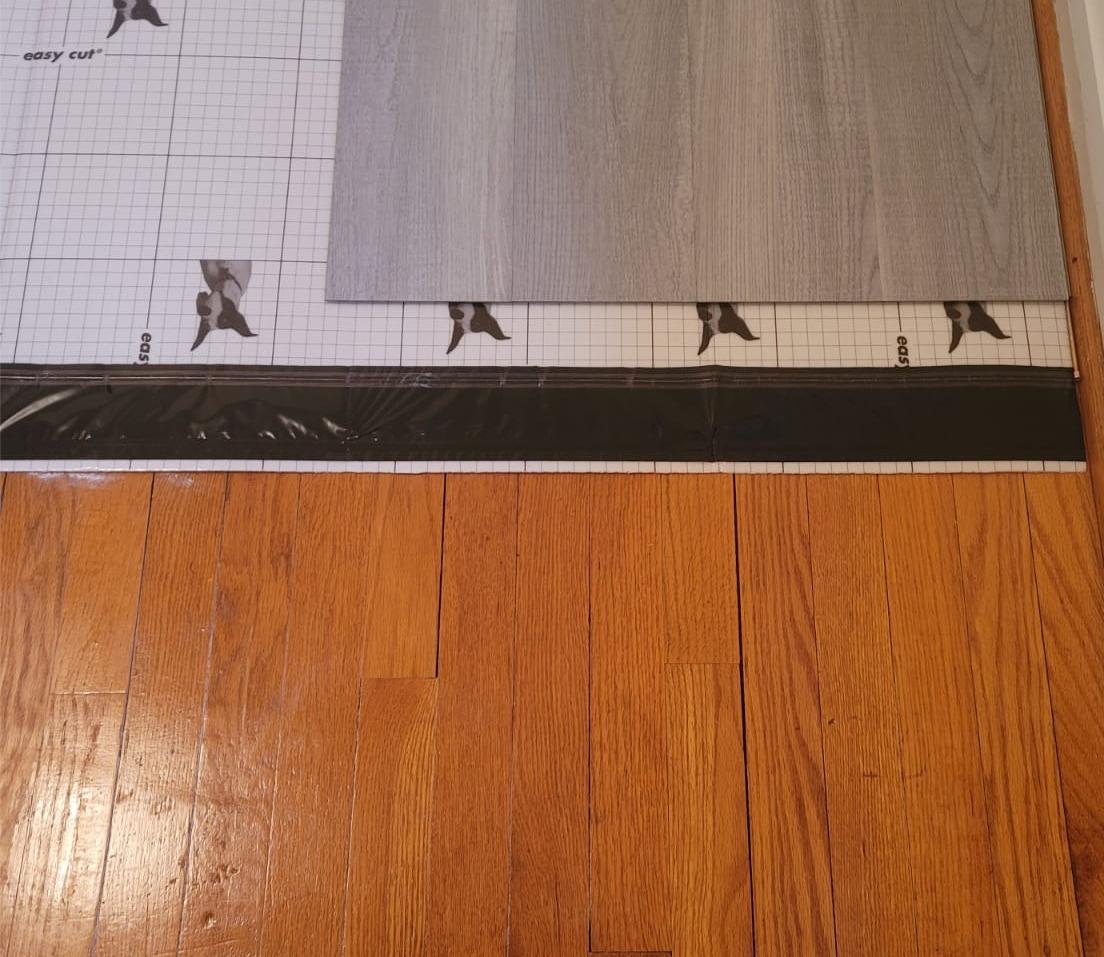 Pull it. You can probably remove it easily enough that it comes up undamaged for the most part. Save it if you want / put it on CL someone will take it off your hands. Material wise that stuff is $3.50 a sq ft new it is only 1/4" thick and yours has probably been refinished in the last 70 years, probably has some dents and not as thick as it was previously.

If you remove it you'll be able to address any issues with the subfloor. When you pull it you'll likely find that your floor is diagonal laid solid wood. Use screws to make sure the subfloor is well fastened to the joists. Run a straight edge around the room and build up any dips (SLC, wood, etc). Make sure there aren't any squeaks - if you are living in the basement you'll hear everything.

If the subfloor looks dicey pull it and you can put roxul insulation into the joist bays to give yourself better sound protection. Put back 5/8 or 3/4 tng plywood. Put a radio on loud and go into the basement to see what you'll need to tolerate. I'd also get some friends to do some running like children do upstairs while you are down so you get an idea. I have 2" concrete, 3/4 subfloor, spray foam, roxul and 5/8" drywall - I can hear that conversations occur I can't make out the words unless people scream or are really loud. Music is pretty dulled, I think it comes out through their windows and back in mind easier than through the floor.

If you need wiring updated in the basement this can be a good time to access the portion in the lights without ripping out your ceiling.

6
Can I use drywall screws to stop floor squeaks?
1
How to resolve subfloor squeaking when screwing does not fix the problem?
0
determining floor type for dealing with squeaks
2
Installing plywood over 1x6 subfloor in preparation for engineered hardwood
1
Subfloor and Batten Construction of 1950s Hardwood Floor
0
Questions about subfloor prepping for LVP
1
Subfloor and hardwood floor installation:leveling and squeaking
25
Replacing hardwood floor in 100 year old house with no subfloor
2
Leveling old floor for LVP planks