I am building out a french cleat wall for a home office a la the below photo. The cleats will be 3/4 inch plywood ripped to 4" strips and attached directly to the studs (through the drywall). I plan to put in two fasteners at each stud for each cleat.

What are the best fasteners to use? Are lag bolts necessary or are 2 1/2 inch screws sufficient? The various shelves will have books and plants and pictures, etc. so not a ton of weight. 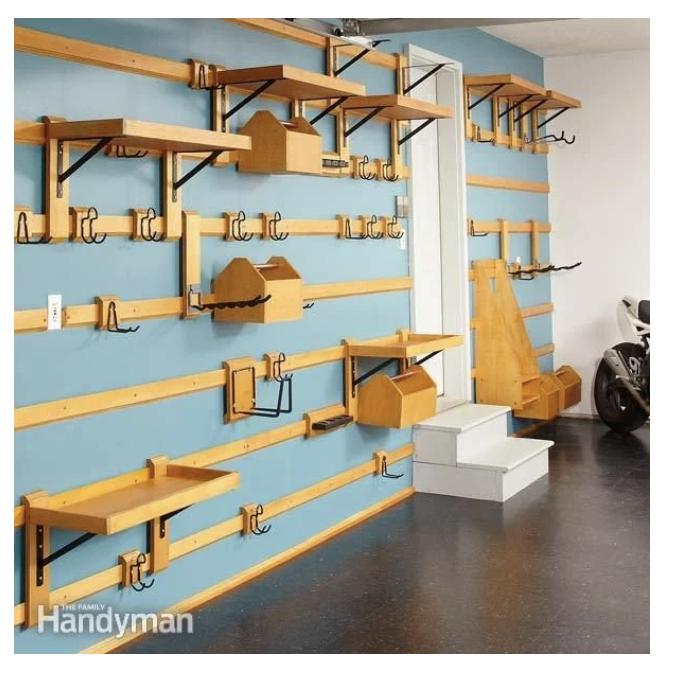 If you are screwing to every stud and they are spaced at 16" and you're not hanging anything incredibly heavy and not climbing, doing chin-ups or doing anything else involving supporting people or repeatedly pulling on the cleats, ONE 2.5" screw per stud is plenty. I expect the weak point will be the top edge of the plywood where you shape it to hang the fixtures. If that's the case, multiple screws per stud or lag bolts will add nothing. Wouldn't be a bad idea to do a regression test on one piece attached to 3 studs. Just pile on weight slowly til something breaks, then you'll know what not do do but you may find that no reasonable amount of weight will break anything if you take reasonable steps like hanging larger shelves from two places as in this photo.

Get these or the equivalent at your local supplier, they are basically the perfect general purpose wood screws: 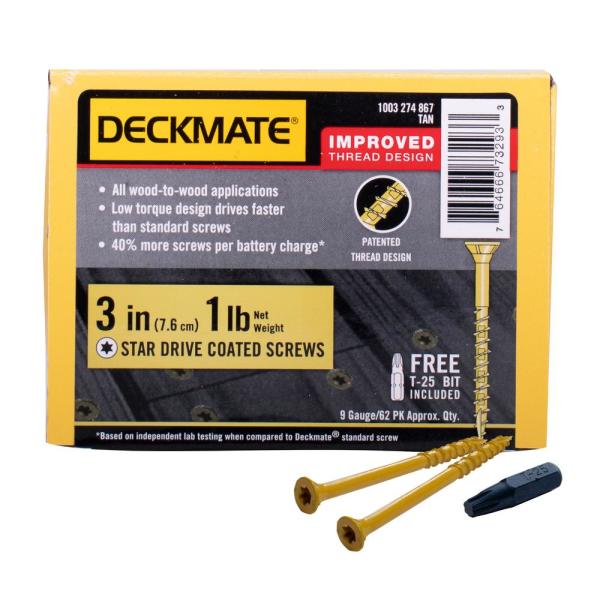 As the other poster said, you only need a single screw per stud. I don't know what their official rating is, but independent testing shows these have a pullout strength of upwards of 1000 lbs per screw, it's quite impressive.

For shelves and things like french cleats, friction is what holds the cleats up on the wall, not the shear strength of the screws. Instead, the preload of the screw is to keep the cleat rigidly against the wall, providing that friction. 1 of these per stud sufficiently tightened will be more than up to the task.

Normally, with soft woods the self tapping is all you need. If you are using hardwoods though, you'll probably want to drill pilot holes through the cleats, as well as counter sink the heads, for a flawless appearance. You'll have to do a few practice drills and countersinking to get the right balance of how much squishing your hardwood will tolerate, because you'll want a nice, flush or slightly recessed screw head, but you still need sufficient preloading.

Not the answer you're looking for? Browse other questions tagged walls woodworking plywood fastener or ask your own question.

1
Floating workbench
0
TV wall mount ripped out, repair help please
3
Mounting TV on Plywood over Window
9
How can I choose the best lag screw / lag bolt?
1
I need to Mount a 55" Sony TV on a Wood paneling wall w/no studs
2
French cleat mod?
1
What lag bolts to use when mounting 65" TV to drywall using plywood?
0
Securing French cleats to drywall over lath and plaster with structural screws