What type of register and/or installation method to use for a inside duct mounting holes?

I removed the original register cover from my vent, the screw mounts were inside the duct.

I'm not sure if the fact that this is on an external wall has anything to do with it, but there was no bite behind the plaster when I drilled that pilot hole. It's possible I was hitting the brick. (The hole to the left of the duct is where I attempted to drill a pilot hole to install an updated 3 way register)

Typing this out I realize I could probably go down in the basement and confirm my suspicion that there's no stud there. 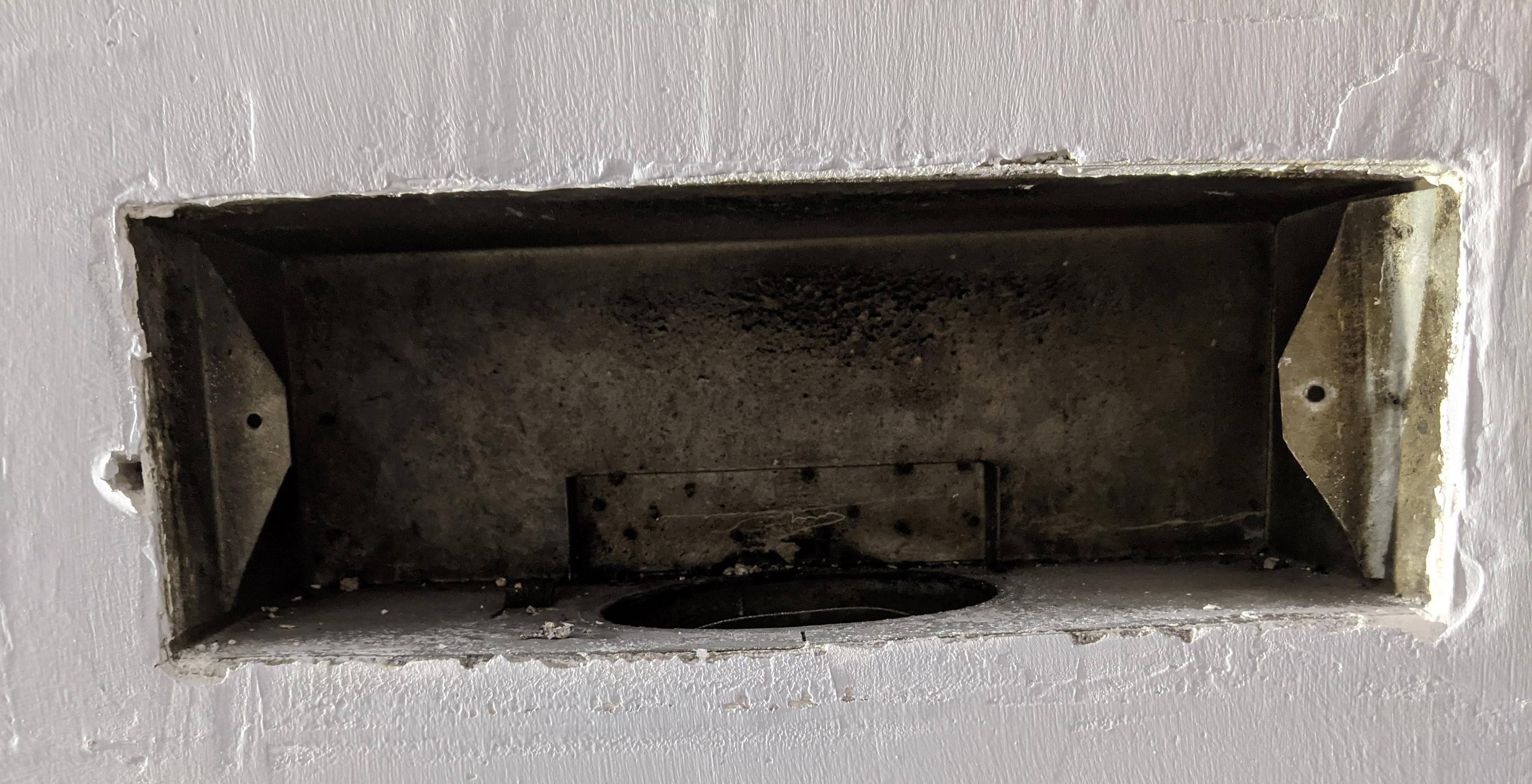 You say "there was no bite behind the plaster when I drilled that pilot hole". I'm not sure if you mean that the screw didn't bite into something solid, or if, as your next sentence indicates, you were still drilling but hit something hard.

If you tried driving a screw into that and found that it wouldn't grip, that's not surprising for plaster. You'll want to use a molly/rawl plug/anchor that will go into an oversize hole in the plaster, then you drive the screw through the grill and into the molly. This will give your screw something to bite into, and the (usually) plastic molly is designed to hold in the plaster.

If you were still drilling and hit something solid, it may have been brick, or it could be a protective plate over a stud (though not likely that someone tried to run wiring that close to the vent, though it could be left over from a remodel). In that case, I'd still recommend some sort of wall anchor and a shorter screw to hold the grill in place so you don't have to drill any deeper.

I've had good luck with this type of anchor. It works best if you drill a hole the size of the lower part first. Then, with a largish Phillips screwdriver, screw it in until flush. Don't use a powered driver, they can over drive it and then you have a real mess on your hands! The come in several sizes. You don't have to use the screws that come with if you wanted to do some color matching and such, other screws would just need to be sized to snugly fit in the anchor.

I like them a lot more than molly bolts, which are difficult to remove, require space on the other side of the wall which isn't always available, and make a big hole. 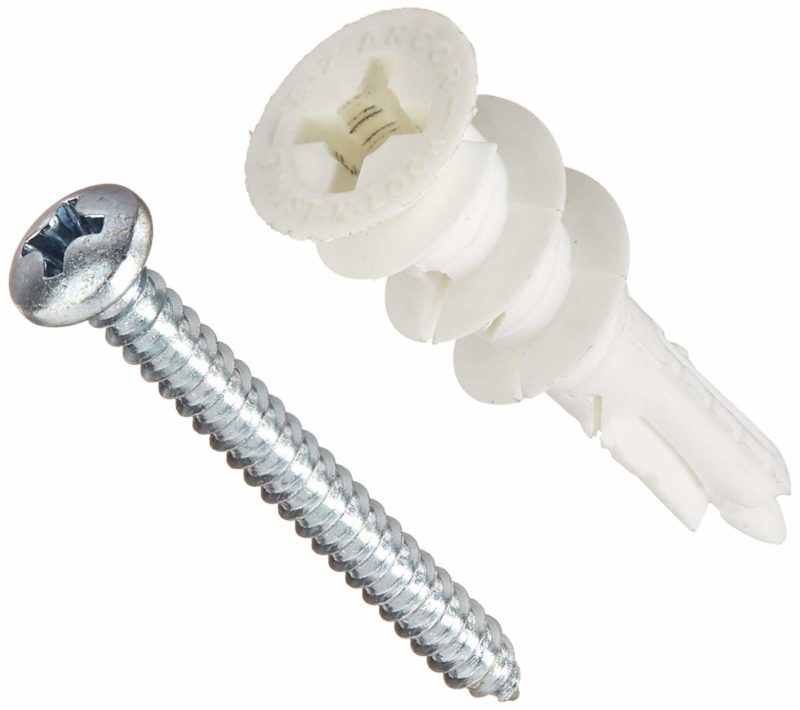 Not the answer you're looking for? Browse other questions tagged hvac installation remodeling old-house register or ask your own question.

3
Are there optimal positions for A/C and heat register grills to be facing?
2
Appropriate register for duct size?
0
What are reasonable expectations for LVP floor installation?
2
Insulation inside HVAC duct (and related issues)
10
What's the best tool for cutting holes into duct work?
2
Unthreaded holes for AC fan motor mounting screws?
1
What type of bracket to use between furnace and evaporator coil unit?