What is this insect that seems to hatch from OSB?

These insects are everywhere in the house and they seem to hatch inside. New construction, frame structure with Oriented Stand Boards. Country side located, lowland fields, temperate climate (Romania).

I'm wondering if the boards were infested and now the larva worms are going through adult stage.

Do they pose any risk to the boards? I.E. Are they feeding on it? 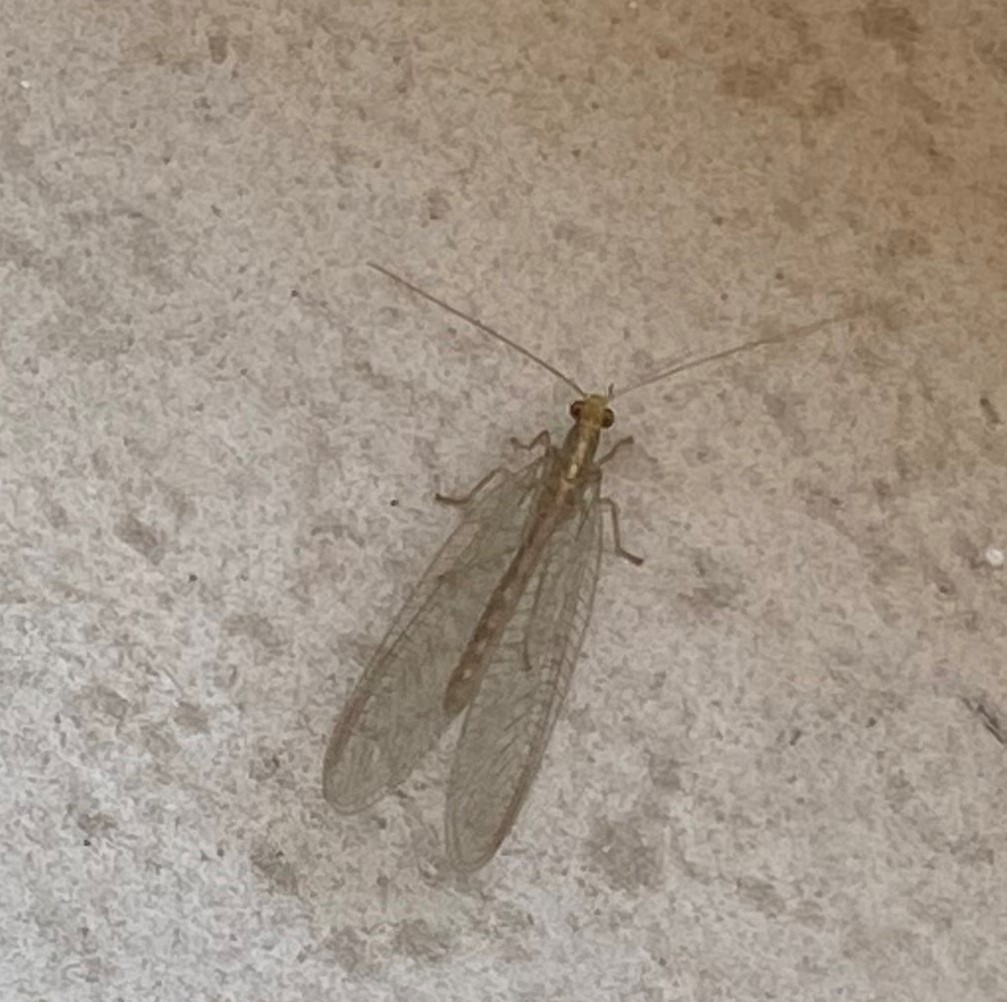 Looks like a type of Lacewing. Their larvae are predatory, mostly eating smaller insects like aphids and other insect larvae. If you are seeing the adults, it's likely that the larvae were pupating over the winter in a cozy spot between some boards. Although I have never heard of the larvae pupating in large groups, it could be that something about the structure was very attractive for the purpose. Since they eat aphids, most people consider them a beneficial species when they are in the garden. Maybe not quite the same if your house is full of them. Do you have any house plants with aphids?

Lacewings should not be harmful to the structure, but they could be feeding on something else that is. There is a species in the US that reportedly feeds exclusively on termites (destructive). There are other species that reportedly feed on spider egg sacks (nondestructive). With more than a 1000 species identified around the globe, and new ones still found from time to time, there is likely a species for every food source and likely a food source for your species either in or in very close proximity to your home. They are also attracted to lights, so if you leave lights on overnight they are likely to swarm around if conditions are favorable.

Not the answer you're looking for? Browse other questions tagged wood pest insect or ask your own question.

3
What are some good ways to identify cracks that bedroom insects come from?
2
What is/was tunneling into this 2x4?
1
Is this a wood destroying insect?
2
What critter (insect?) removes sand from between paving bricks?
0
What is this insect and how to kill it?
1
What is this bug poop or dirt that keeps reappearing every few months by a wood beam?
3
What is this grey fungus/insect, and is it damaging the woodwork?
1
What is this moth-like insect that come through my window screen?