I am trying to replace my interior door knobs and am really struggling to remove the latch in my bathroom door. The latch plate (which goes into the latch bore) was painted over so I assumed that’s why it wouldn't budge.

I was able to disassemble the latch while it was still in the door and remove it that way, however the latch plate is still stuck in the latch bore and possibly still a part of the latch. I’ve tried to remove it with pliers but have just managed to bend or break everything I can manage to grab onto.

Is there any way to remove this?

Is it possible that this is built into or glued into the door?

Am I going to need to replace the whole door? 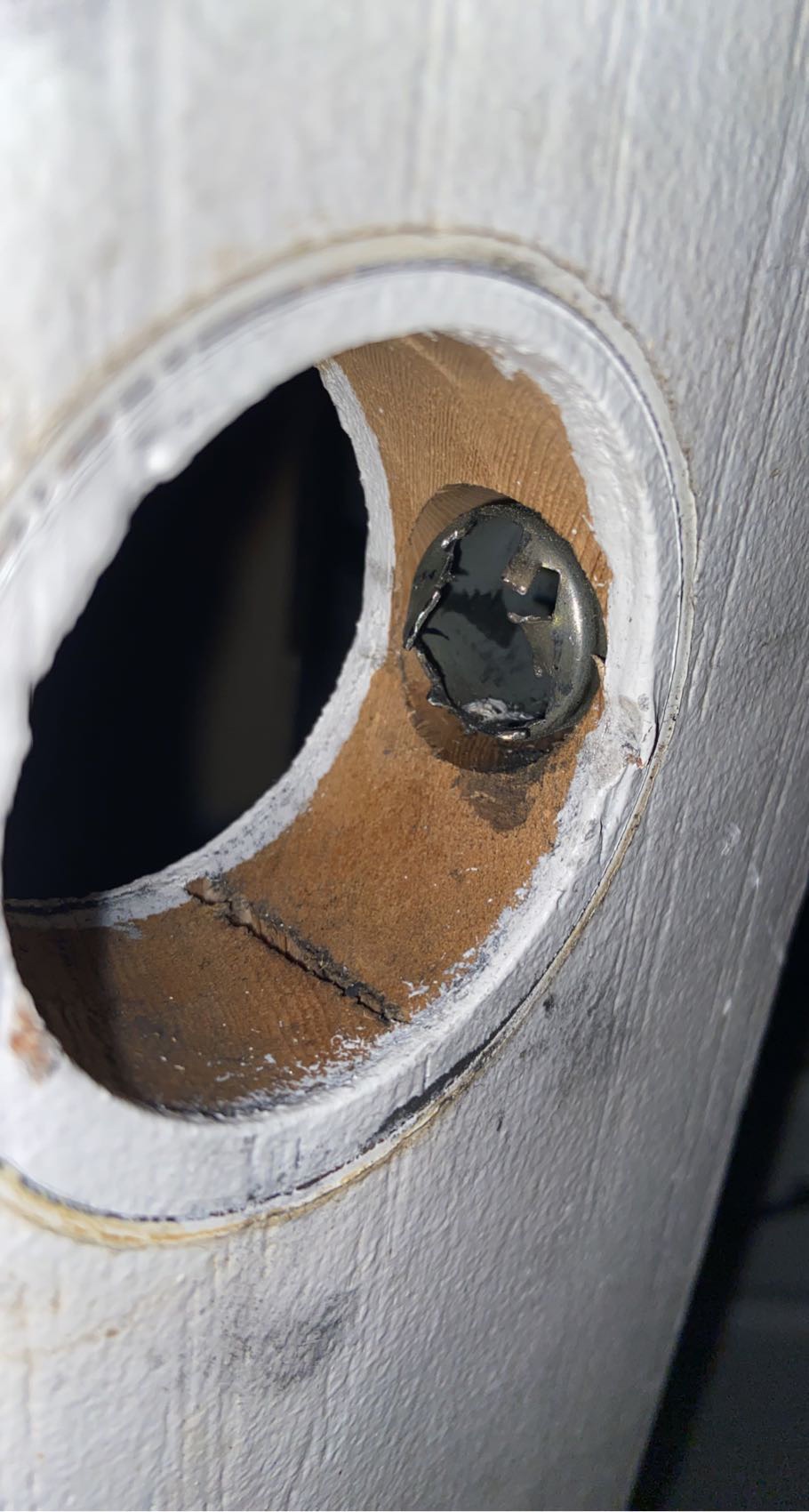 Cut the paint around the trim ring or plate on the edge of the door to prevent tearing, then tap the bolt out from inside the large bore.

Not the answer you're looking for? Browse other questions tagged doors lock hole doorknob stuck or ask your own question.

0
How to stop door knob latch from twisting and sticking on strike plate?
2
How to remove strange looking strike plate
1
Adjusting deadlatch so it doesn't fall into strike pocket
2
How to remove this broken latch and handles?
0
How to shim a doorknob latch plate
11
Do I need this special strike plate on my laundry room to garage entry? It's creating problems with a new lock
0
How do I remove a newer Schlage lever bathroom door knob