Little bit of a thing here (and also my first time trying anything remotely like a plumbing project):

I'm trying to replace a leaky pull-down kitchen faucet hose. I saw it was suggested to take the existing hose to the store to compare with, but I didn't have any luck finding the right hose at my local stores. So I wanted to replace my current hose for now so I'd have something in the meantime until I can get a new one from the manufacturer. But when I try to slide the hose back through the faucet and down through the holes, it seems like it just won't fit and gets stuck. It did take a little extra effort to remove the hose from the faucet in the first place, but not tons.

Additionally, I tried to hook the hose up directly under the sink without going through the faucet. Again, so I could have some semblance of a kitchen sink for now. But when I turn the water on, it flows out of the hole that the hose would go through, instead of the supply hose. I'm assuming this is unexpected even though that hole would normally have the pull-down hose going through it. Is it possible that the supply hose is dislodged in the faucet, causing both problems? I'm worried that even if I do get a new hose, I might need to disassemble the faucet in order to fix whatever is going on in there.

Thanks for any help. 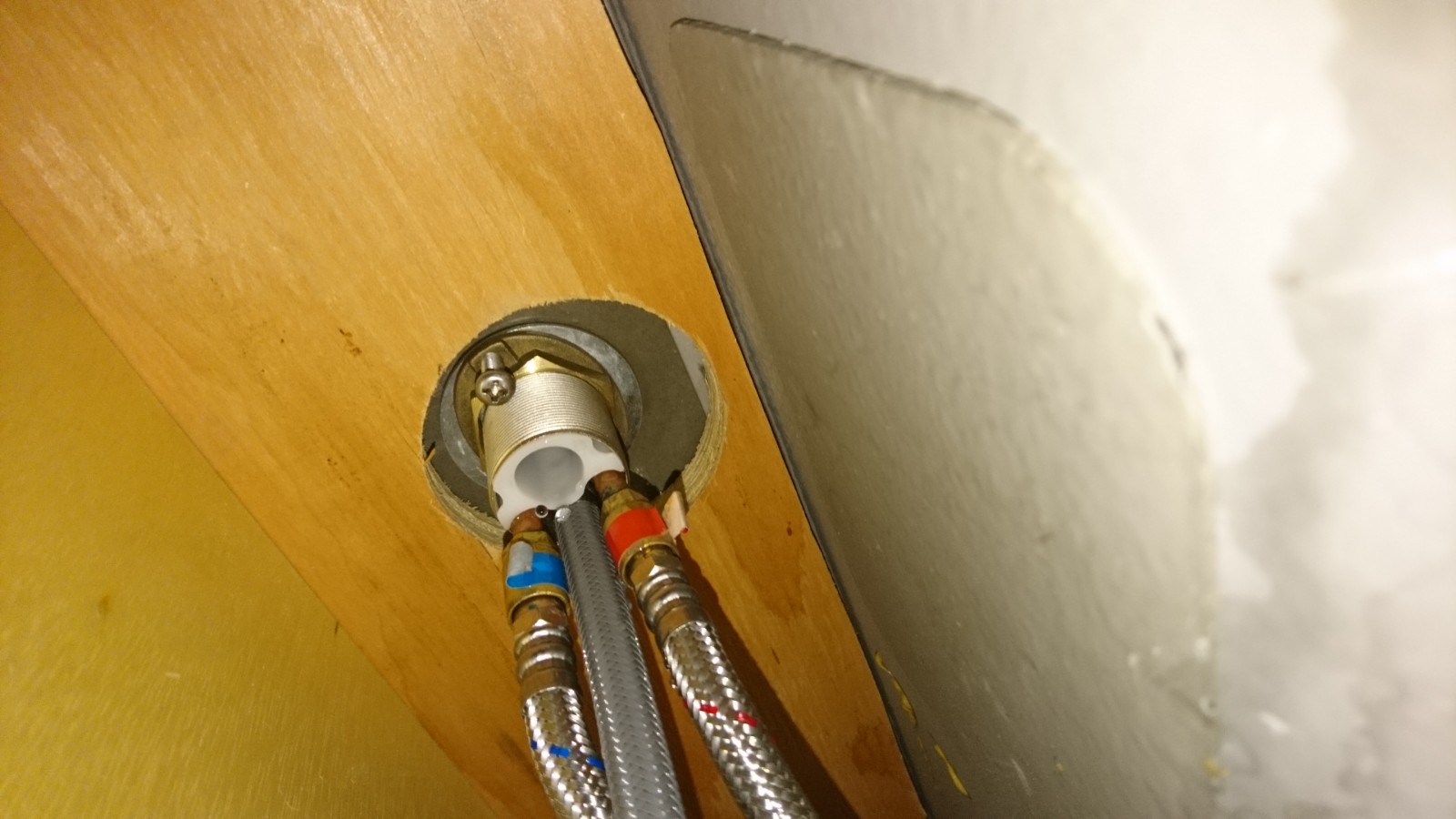 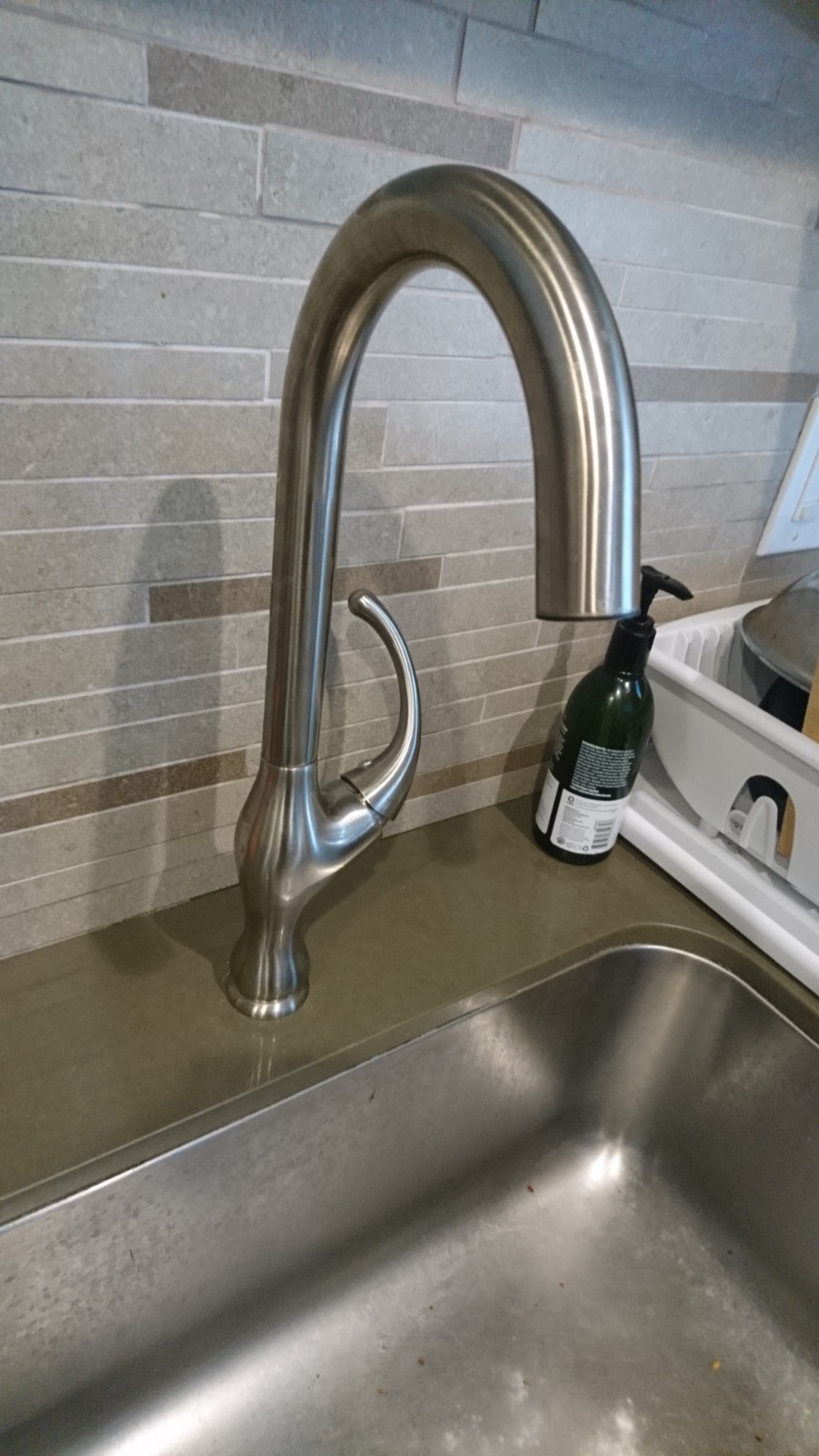 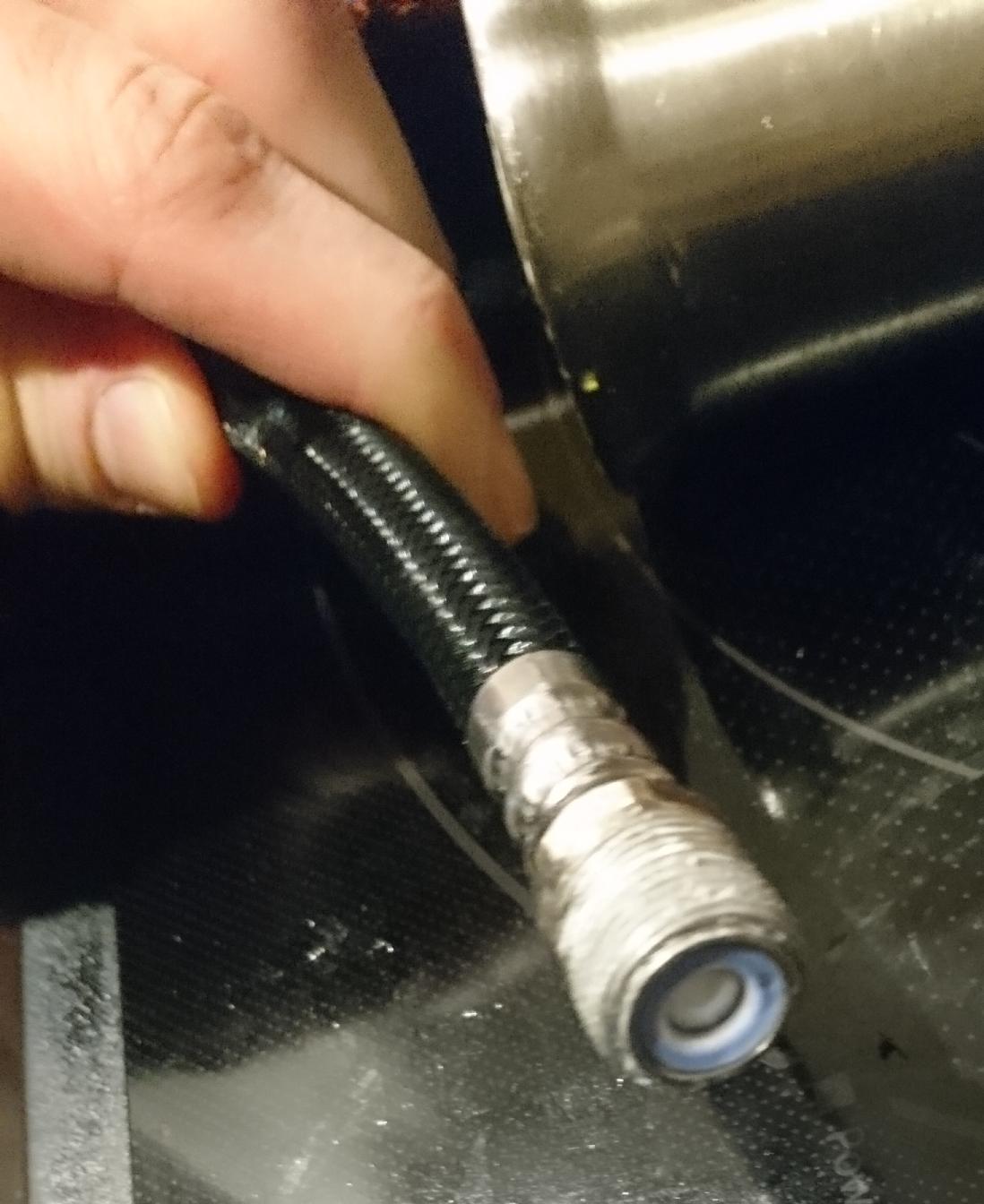 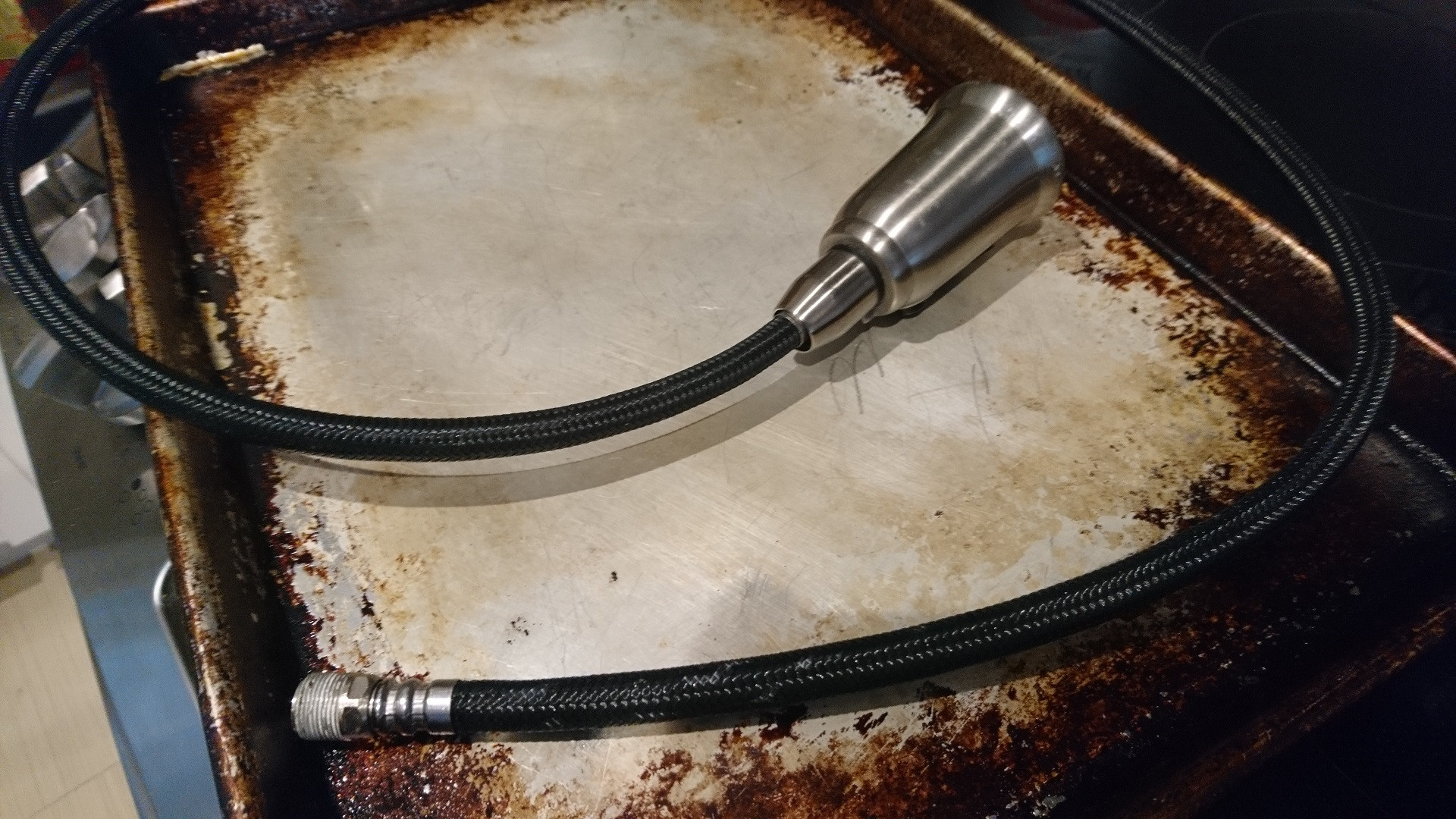 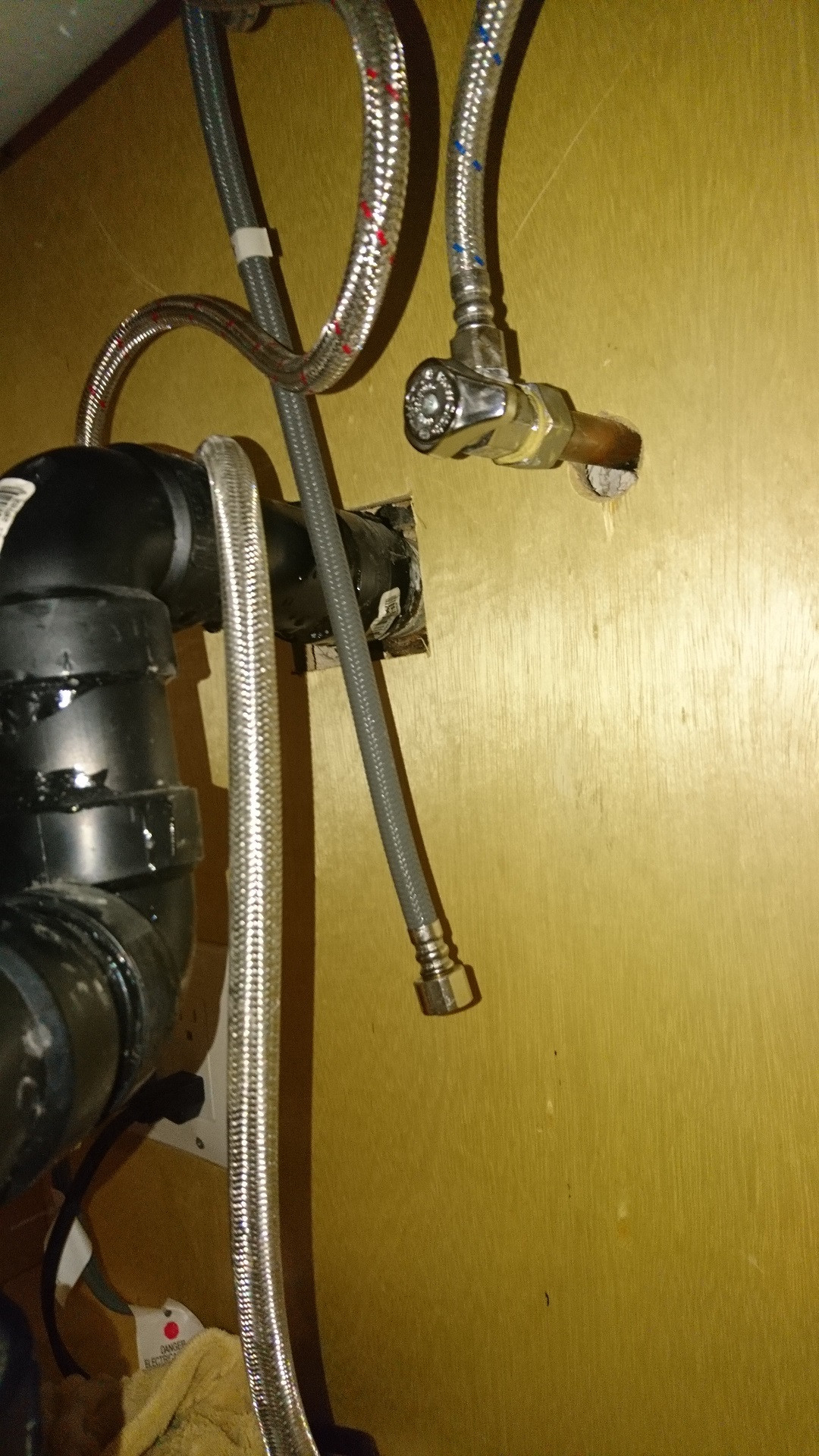 Sadly, it is often cheaper to just buy a new faucet....if you decide to go the repair route, try to identify the brand and model of your faucet by going to the manufacturer's web site.

This is why I always advise to keep the faucet box for future reference on make and model. Parts are then much easier to identify with parts explosion diagrams from the manufacturer. Good luck!

Not the answer you're looking for? Browse other questions tagged plumbing kitchens faucet sink or ask your own question.

5
How do I clean a kitchen sink spray hose?
5
Why is my kitchen faucet dripping even after water is shut-off?
4
How do I take apart an older model bathroom faucet?
5
What accessories, aside from faucets, fit into sink faucet holes?
1
Do new integrated kitchen faucets come with threads for adapters?
1
Outdoor faucet leaks when hose is attached
0
Removing Moen Kitchen Faucet
0
What type of faucet supply line connection is this?