How can I switch a circulation pump between continuous power and thermostat control?

I have a dedicated 20 amp circuit powering my boiler's control unit. The control unit is basically a relay operated by the thermostat that 1) fires the boiler and 2) turns a circulating pump on and off. While the boiler and pump are on separate feeds coming out of the control unit, they are switched simultaneously so the pump operates only when the boiler is fired.

Twice this winter, a branch of the water circulation route froze. Each incident resulted in a $480 service call to thaw the line. This is unprecedented in my home. After the second time it happened, I disconnected the circulating pump from the relay and wired it directly so it would run continuously. That prevented further freezing incidents despite even colder temperatures. Now that warmer weather has returned, I put the pump back under relay control.

This is current state: 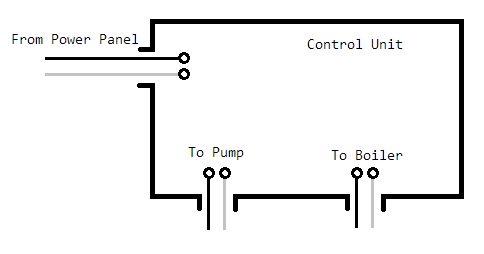 I want to find a permanently-installed way to switch the pump between relay control and continuous power. My thoughts are that this could be accomplished like so: 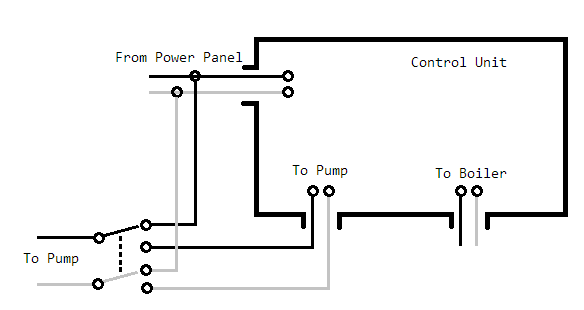 Note the DPDT switch wired "backwards" to control which line powers the pump.

FYI, this is the pump: 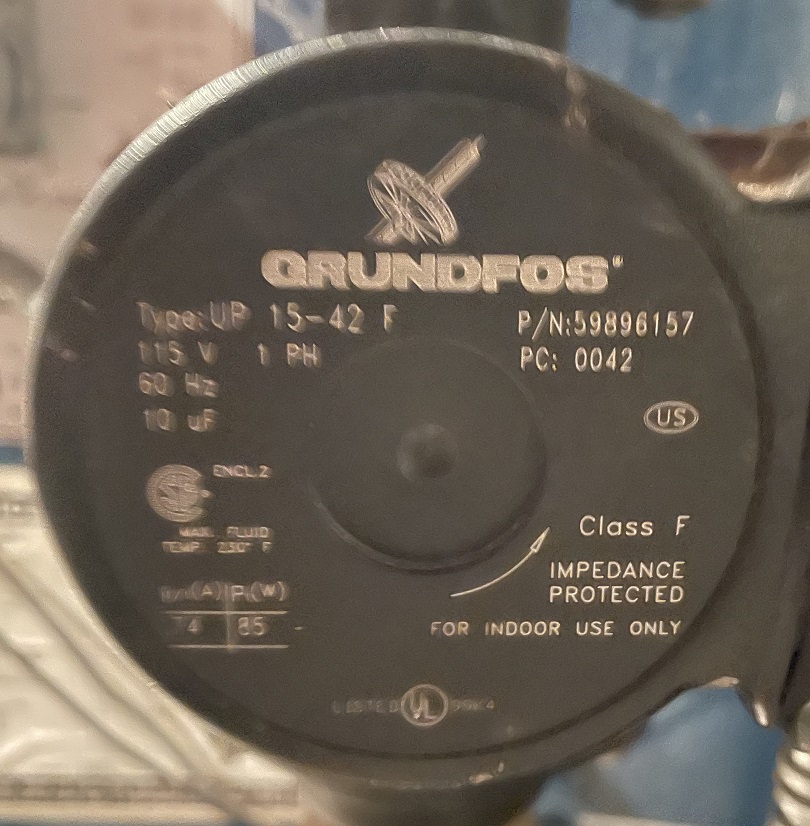 In response to questions in the comments, I have the following updates: 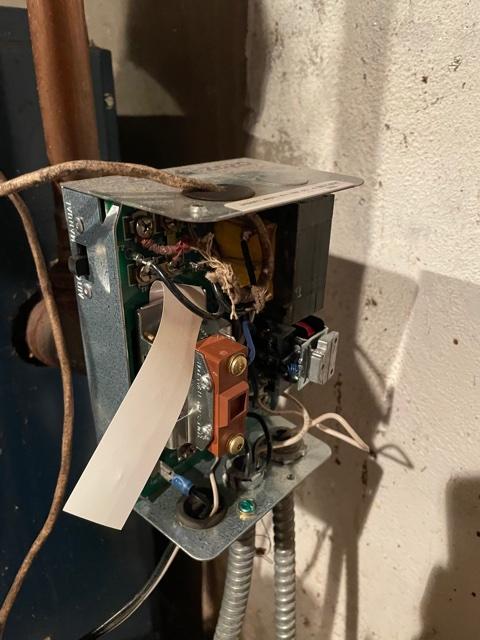 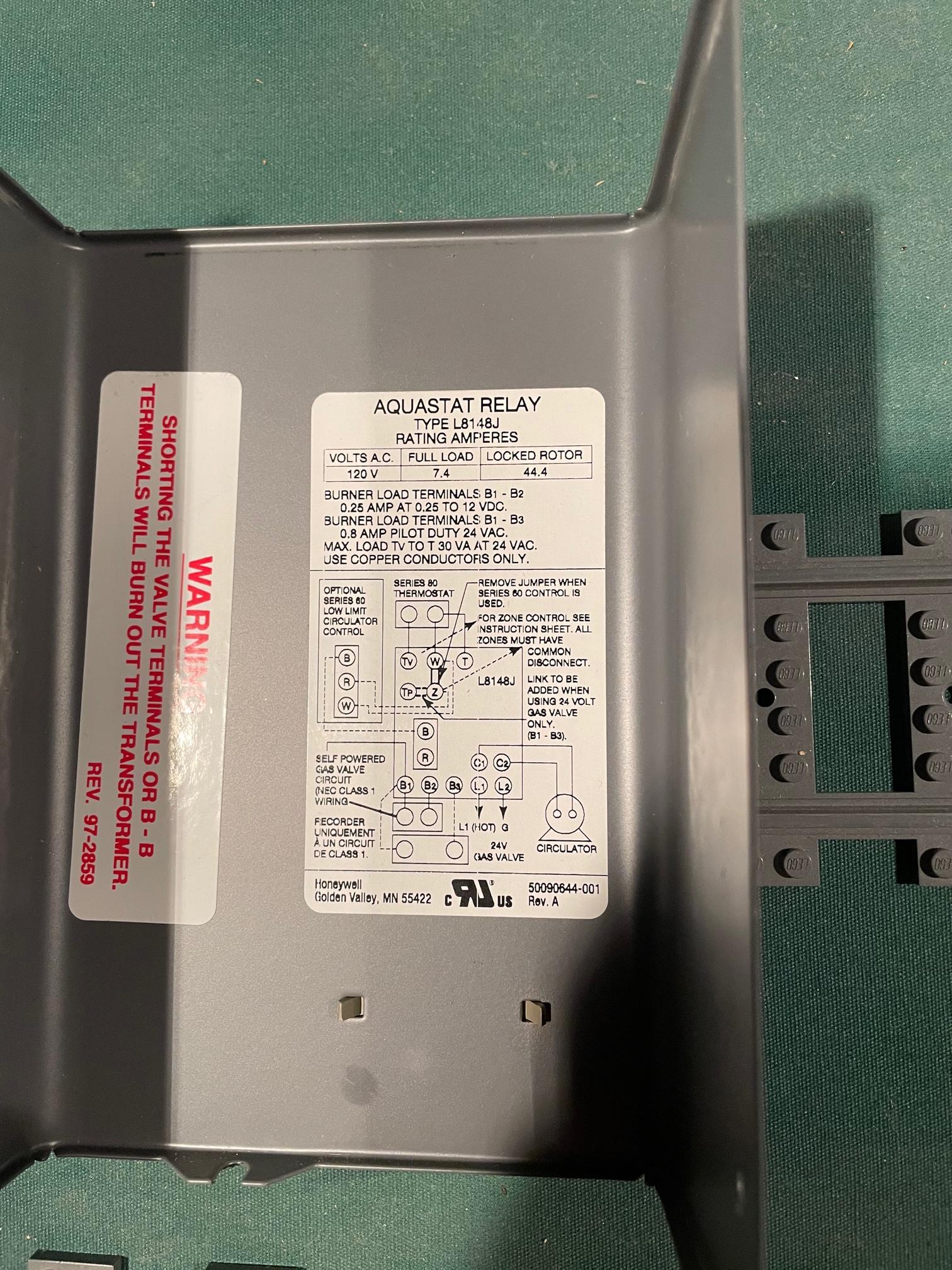 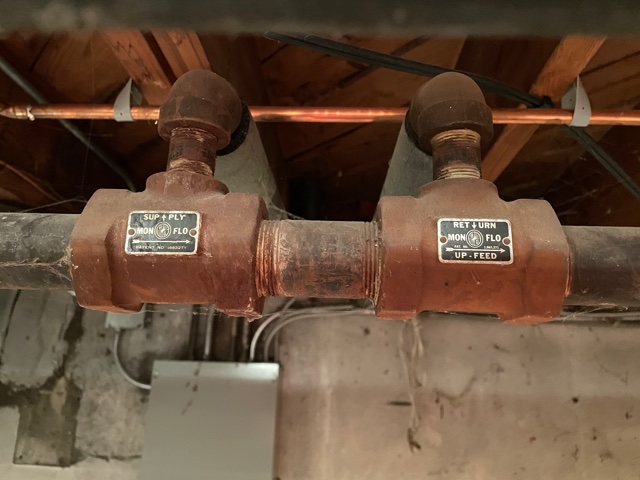 Yes you can do what you want. If you don't have zone valves and you don't at least temporarily have the ability to move or insulate the pipes or provide a better long term solution, you can do what you suggest to keep water circulating. You don't need to switch the neutral. Just put an ordinary light switch in a properly housed and wired box to connect L1 to the hot side of the circulator, probably C1. For wifi control use a zwave switch or any similar device, there are all sorts. Move the circulator cable to the new box so you can use its knockout to connect the two boxes.

There is nothing on the low voltage side of this controller that would allow you to switch on the circulator without also turning on the heat. The manual switch just bypasses the thermostat to turn everything on.

Note that with your situation you will actually be chilling the house, circulating near freezing water from outside to all the radiators, and hopefully eventually triggering the thermostat to fire up the boiler rather than just freezing the entire system. Good luck with that, you might be better off disconnecting the offending section of pipe and putting an electric space heater in that room until you can address this properly.

Another thought, if there is a spare wire in the thermostat cable you could do this with a fan relay instead of a light switch and use the thermostat's fan control to control it. Most stats have a "fan always on" switch and some have a mode that will cycle the fan randomly when heat is not called for.

So I know this is not the direction you were trying to go in, but with an issue like this I fix the immediate problem first then make changes for the better(when it's warm out). A 1939 home has a good chance of being balloon framed- one stud going from the sill plate to the top plate of the second floor. Blocking or insulation the bottom of the bay where the pipes are will help stop the updraft. As a retrofit in a home of this age, I have drilled a series of 5/16 holes (the size of the straw on the cans) 1 foot apart and injected canned hi-ex spray foam in the subject bay. Start on the first floor at the bottom of the bay directly over the base molding and work your way up. Don't over do it with the spray. This will solve the issue and reduce your heat loss in that area. As a long term solution, each of those pairs of tees combined are a "home run" to each radiator. By removing the tee and the loop in the basement and connecting all second floor radiators in a series and all first floor radiator in a different series you will then have an updated two zone system. That will enable you to control the two floors independently. You can control the two loops/zones with zone valves and Honeywell RA832A or equivalent or a newer multizone controller. For ease of installation you can connect the loops with 3/4 Pex. After updating the system you can add two WIFI thermostats. A third zone could be used to heat the basement if wanted. And you will also no longer have the usually low hanging circulation loop in the basement.

Not the answer you're looking for? Browse other questions tagged wiring boiler or ask your own question.

0
Boiler Won't Fire after adding Taco Relay 506-4 to Existing HW l8124a,c setup
0
What could be preventing the heat boiler from circulating water upstairs to the radiator, frozen pipes?
3
Controlling 110v swamp cooler using Nest thermostat
0
Understanding my combi-boiler
2
How do I wire a switch to control 2 outlets (all outdoor)?