Can an AAV be in a crawl space if the P trap is also in the crawl space?

I have a situation where the P trap to the washing machine is in the crawl space instead of in the wall. There is no vent.

I thought about adding an Air Admittance Vent in the wall (see diagram--dotted lines indicate places I'm thinking of adding an AAV) but I realized that would be before the P trap, so it may not do much there. 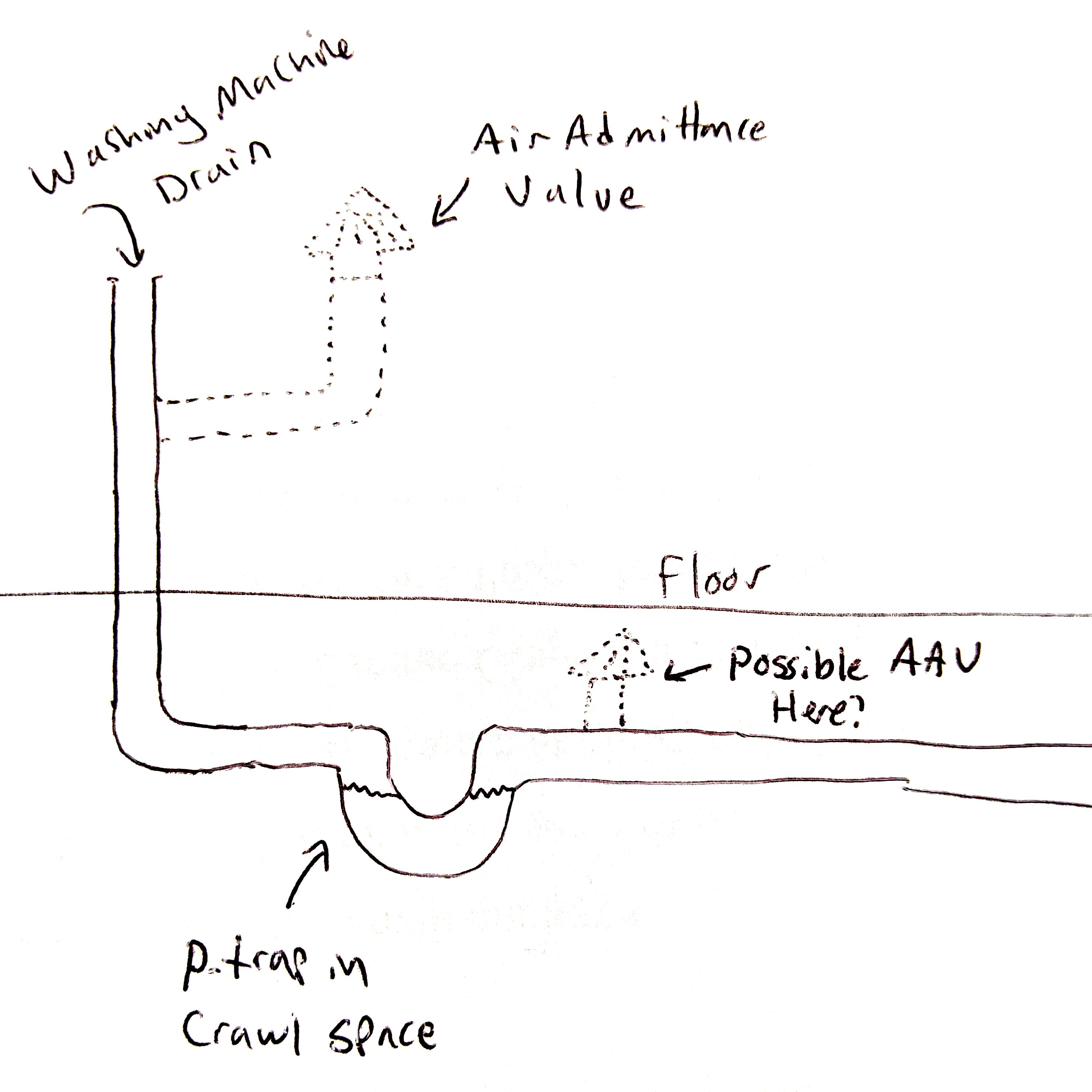 To put the AAV after the P trap, it would have to be down in the crawl space, several feet below where the washing machine drain starts. Would this cause problems?

It is acting as a vent, it should be above the the sanitary tee.

In a washing machine drain set up the Drain goes to a Ptrap and then into the side inlet of the san tee, Vent goes out from top of tee to vent or an AAV.

Not the answer you're looking for? Browse other questions tagged plumbing drain vent drain-waste-vent p-trap or ask your own question.

6
How can I properly vent a basement toilet & shower using an AAV?
5
Is this an appropriate drain design for adding a shower?
4
Dryer exhaust from 2nd floor through crawl space, out roof
5
How can I vent a bathtub trap when the drain is routed under the tub?
1
Help with drain and vent configuration
3
Venting a double kitchen sink (converting from an S trap to a P trap with AAV in a tight space)