Why does my toilet still get air bubbles?

I've got a 1st story toilet which has air bubbles on every flush. It does not bubble after/before and water is not siphoned out/in when other plumbing is used.

I'm in the middle of re-doing my 2nd story bathroom right above it, so I thought this was a good opportunity to determine if poor venting was the issue behind this toilet I inherited. I am at the stage where all of the plumbing in the 2nd story is removed. After removing my old plumbing and seeing how small and clogged the air vent used to be, I really thought that would've been the culprit for my air bubbles. I have the stack temporarily running straight up and out of the roof right now.

So, as of right now there are 3 drain pipes running into my entire stack: the kitchen sink, the 1st story bathroom sink, and the toilet. That's it. That stack goes right up and out of the ceiling, in new piping, that I know is not obstructed with anything. 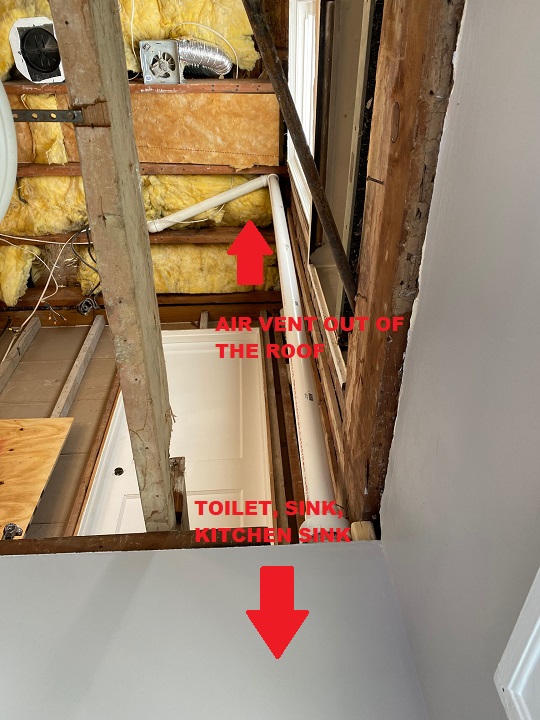 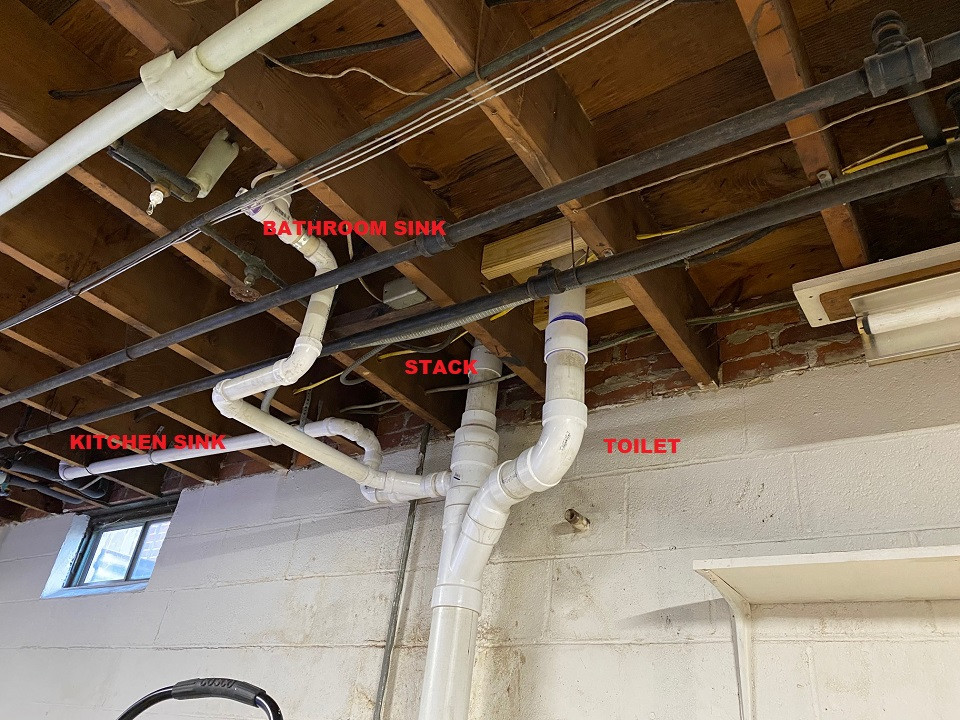 The toilet is fairly new so I doubt there's anything obstructing that or in it. My only guess is that because the kitchen sink + bathroom sink are vented off of the same stack and the toilet is further down, they are somehow diluting the air the WC should get. From what I've read, I thought the sinks should have venting but this is what I inherited. I put a studor vent on the 1st story bathroom sink when it was replaced which helped the sink drain but never really addressed the air bubbles in the toilet.

Now that I know my actual stack vent is opened up, what would that be a reason for the air bubbles? Could it actually be the toilet? Is the 1st story plumbing improperly routed and not vented correctly?

Browse other questions tagged plumbing drain-waste-vent venting or ask your own question.

7
Why are there bubbles in my bathroom toilet and sink?
6
How can I properly vent a basement toilet & shower using an AAV?
16
What would cause air bubbles in the toilet when I'm showering?
2
Can vent plumbing be behind a double wye?
0
Toilet bubbles and gurgles after capping vent stack
0
Dealing with a toilet that doesn't have an air vent
2
How to stop downstairs toilet from bubbling when upstairs toilet is flushed?
0
Venting basement bathroom rough in
4
Other options for an air admittance valve besides underneath the sink?