How easy is it to cut down a timber external door frame for use in a small door?

I have a small, weird side door with a rotten frame that needs replacing. The rough openening is around 680 x 1830mm. The wall is brick. The door opens into a garage with a concrete floor.

I was hoping to get a pre-made frame that could be cut down to size. Here in the UK, this seems to be feasible for internal door frames, but for external frames it is much less clear how much work would be involved. Here are a couple that are available in my area: 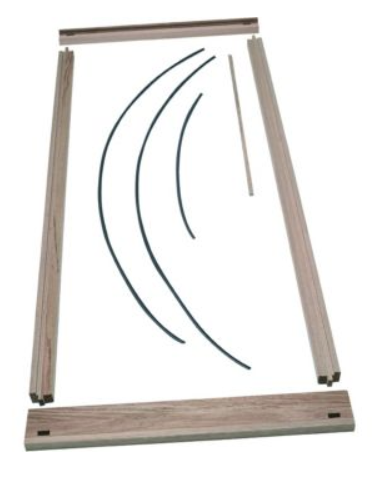 This would seemingly require new recesses to be chiseled out at the top and bottom. 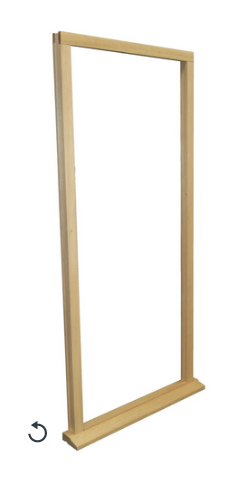 It is not clear to me how this joins together at the bottom although it says that it doesn't come assembled. The upper joint looks easier to recreate than for the previous frame.

Are there compelling reasons not to use an internal frame instead? I will likely need to pour a new concrete step under the frame, so I could ensure that there is a gradient similar to the included foot plate to keep water out.

Or would I be better off starting from scratch?

Wow, those are pretty spiffy! You get bridal joints at the header and mortise & tenons at the threshold. Here in the US, we just get simple butt joints, often just stapled together.

If you're willing to put some elbow grease into it, making a new mortise for the tenons isn't too difficult. There are a ton of videos on the tube of you (Paul Sellers is a widely recognized, highly rated guy, also check out Mattias Wandell) on how to make a mortise & tenon joint. Since you'll already have the tenon, you'll only need to remake a mortise.

The simplest way to do it with some hand tools is:

Spend some time watching some videos to get the details and watch how it's done, this was intended to be an overview. I believe these instructions are complete enough to get you through the task, but, if you're not a woodworker, there are probably some gaping holes.

You probably don't want to use a door jamb set designed for interior use. The exterior jambs are either made of wood that is naturally rot resistant and/or are treated for rot resistance. The interior jambs won't be treated, and only the more expensive (i.e. "custom grade" or similar) ones will be made of an exterior appropriate wood.

Not the answer you're looking for? Browse other questions tagged carpentry door-frame uk joinery or ask your own question.

10
Any US building codes about a door opening into a hallway near a stairway?
3
How to fit a new door in a narrower frame?
1
Filling Gap Between External Door Frame and Wall - For Securing Strike Plate Screws
0
How do I repair a door frame?
2
Can an entry door unit with sidelight be disassembled and reversed?
1
Back door suddenly won't close
2
Undercut Metal Door Jambs
0
Should I trim a door to fit a 1930s doorframe or reset the frame?
12
How do I plumb a door that has spring-hinges?