How do I raise my garage ceiling after spray foaming?

I'm starting to add central vac to my house, which mostly involves pipes in the garage. I cut a hole in the garage ceiling (drywalled) to check things out, and found there's an 18" up to the bottom of the joists on the second floor (There is a room above 80% of the garage).

My garage ceiling is 9', so having nearly 18" more space would make a huge difference (eg, I could walk underneath bikes, winter tires, etc, stored up near the ceiling, whereas now I can't).

The existing ceiling 2x4's that are hung from the joists above, and then covered with drywall.

I would like to spray foam, and then drywall the ceiling up as high as possible. With the space now, there is a fairly effective thermal break between the garage and the second floor. If I were to just spray foam between the joist bays, the joists themselves would not have that thermal break anymore.

What's the best way to spray foam, and then drywall below while maintaining the best insulation? Should I get the joists spray-foamed, and then put strapping below that for the drywall, and if so, how do I connect the strapping after spray-foam and keep it level?

Note, I'm in South-Eastern Ontario, Canada, which means we go from -30C to +30C (-22 to 86F), so having a good thermal break and vapour barrier is very important. Since this is a garage, keeping the exhaust fumes out of the house is also important.

The hole I cut is right next to the brick wall, in the far corner: 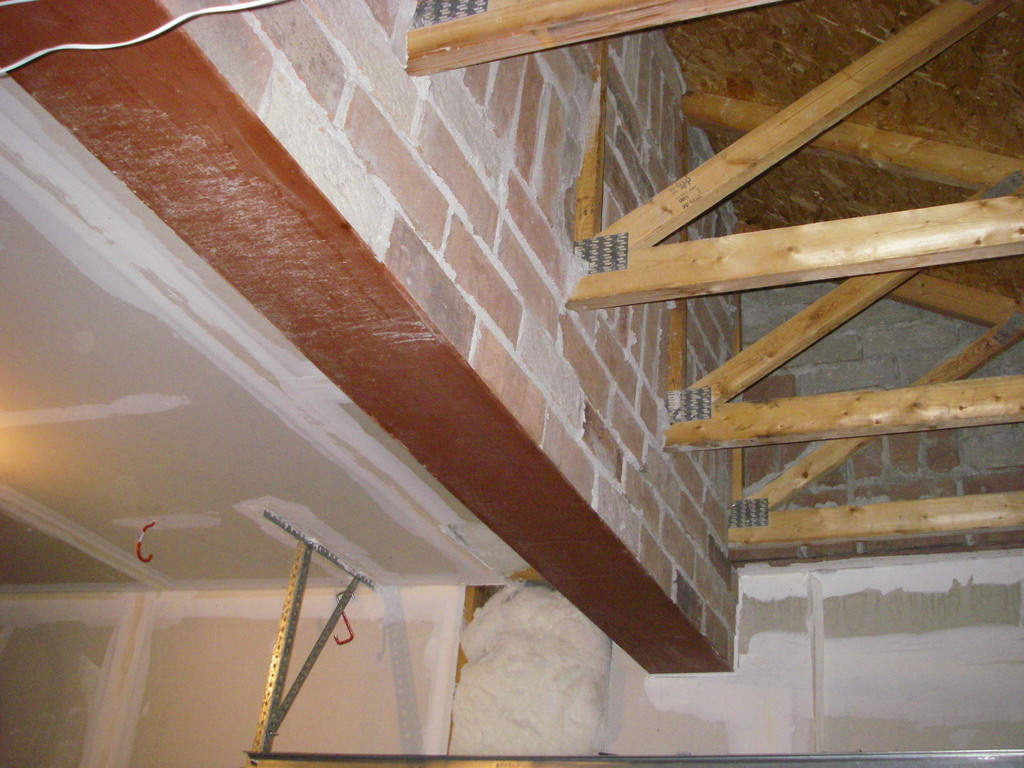 Looking up into the hole, opposite the bricks. 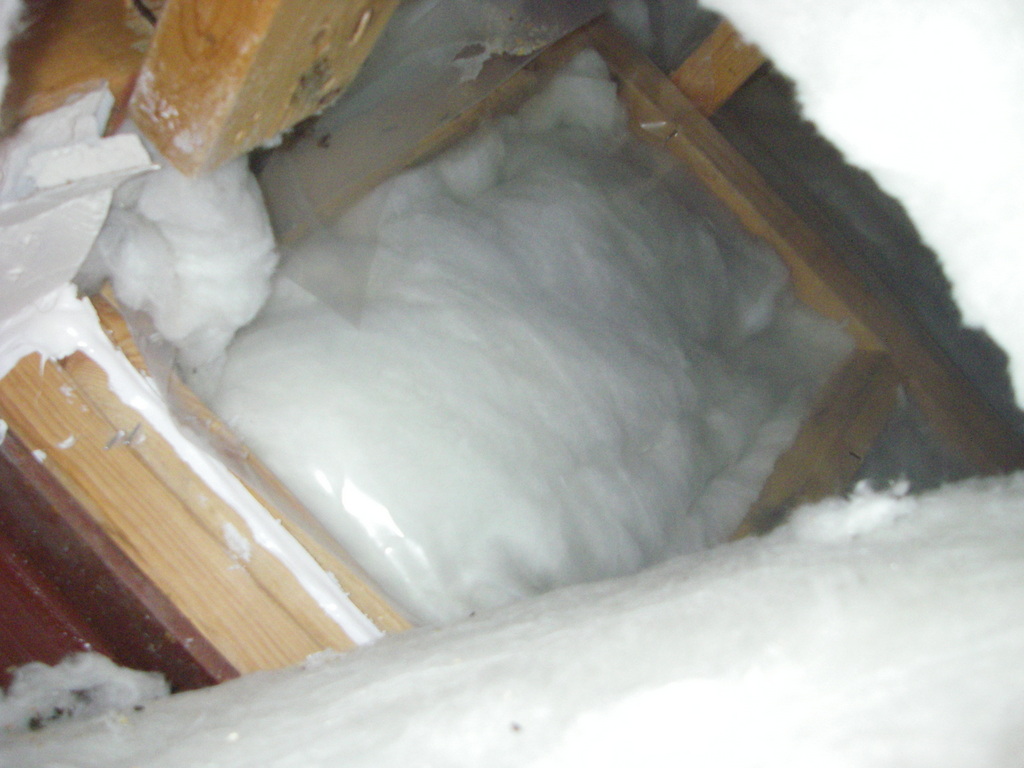 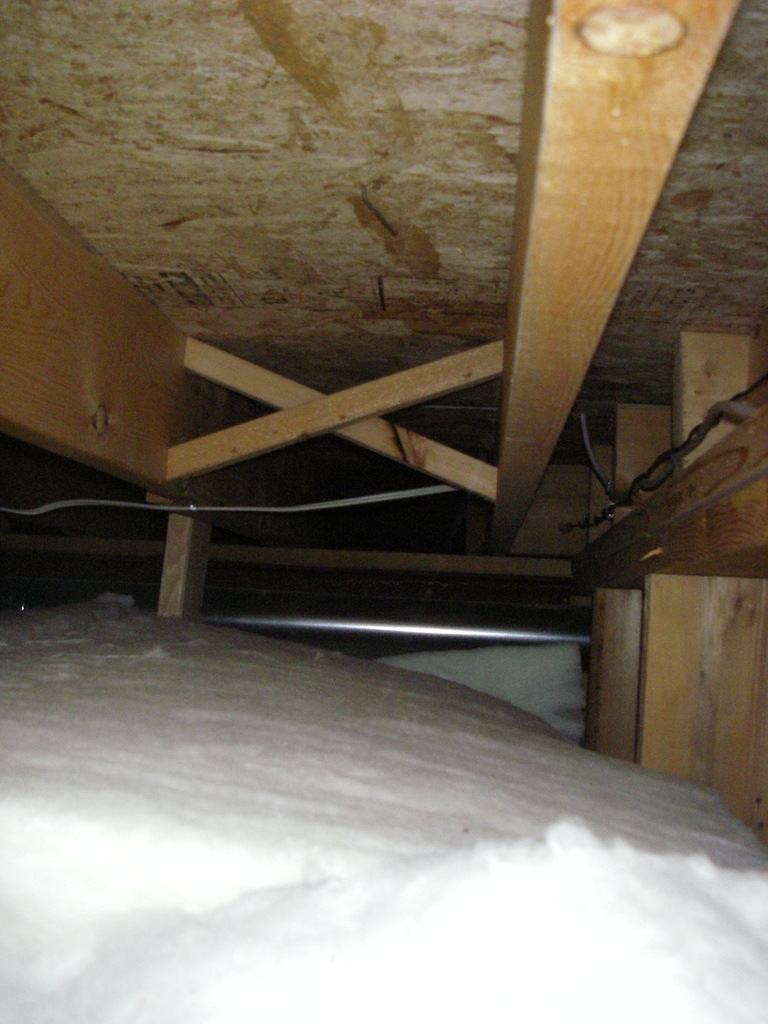 In the above picture (looking towards the back of the garage) you can see a heating vent that runs across. There are two vents in the front of this room (next to the brick wall from the first picture), and more vents that run through the ducts themselves. Presumably I'll have to build a bulkhead at the back of the garage for this, but the rest of the ceiling can still be raised. 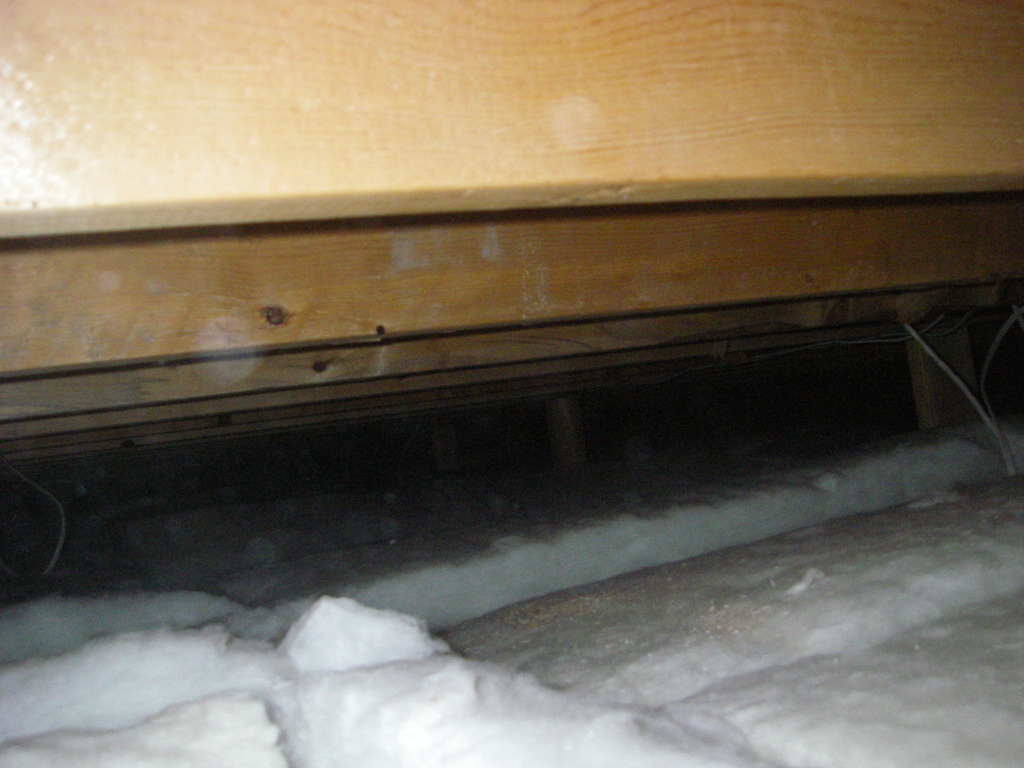 The electrical you can see is for two lights and a plug on the ceiling for the garage door opener -- all easily moved.

I'm in a temp range about 5C more in each direction. Attached garages tend to be about half as cold as outside so a thermal break is less important here. It wouldn't be a huge loss if you just screwed the gypsum board directly to the underside of the floor joists. However, it's easy to get a thermal break without much more effort, and it's almost as easy as applying directly to floor joists.

After applying the main insulation, sheath the bottom of the joists with 1/2" polyiso (polyisocyanurate) insulation board -- your thermal break. Then using longer screws, apply the gypsum directly to the joists through the polyiso.

Highest possible ceiling, thermal break if you want one, level application, no faffing about with hangers. Wins all around.

Not the answer you're looking for? Browse other questions tagged insulation garage spray-foam or ask your own question.