Will a doubled P-trap cause problems if it has a vent between the traps?

Our plumber discovered that the drain pipe under our bathroom sink (which is done properly with a P-trap and vent) has a second P-trap down in the crawl space, which is incorrect.

I've been researching this and understand that having two in-line P-traps can cause drainage problems because air gets trapped between the two traps and water can't push it out.

However, in this case, there is a vent between the two traps, so I think that particular problem may be ameliorated. It's still done incorrectly though, and I'm trying to assess the risks.

What other problems could this second P-trap cause? 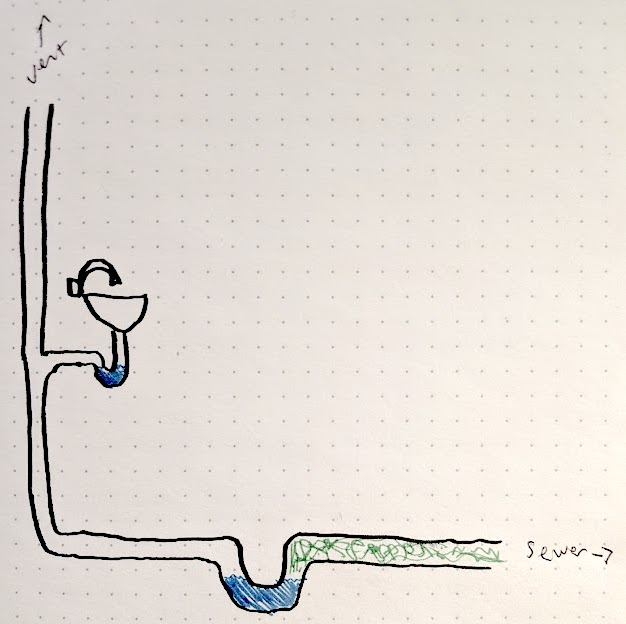 Not the answer you're looking for? Browse other questions tagged plumbing drain sink drain-waste-vent p-trap or ask your own question.

7
Is it wrong to connect multiple J-bends (traps) together?
1
Slow drain after tub-to-shower conversion
1
How to repair shower p-trap
2
Changing basement tub drain to shower drain - double 90 degree while horizonal, is this bad?
1
Double vanity shared P-Trap
1
Can an AAV be in a crawl space if the P trap is also in the crawl space?
0
Does sealing an apartment floor trap cause clogs in the main drain line?