Why isn't door knob tight to the door?

I installed a door knob earlier in the year and thought everything went fine. Come winter, my house was not retaining heat. Found that the outside half of the door knob was not sitting tight to the door, though the inside was. This was letting air in around the knob, which I could feel with my hand from the inside with the door closed. Finally saw that there were two metal nubs on the outside of the housing for the mechanism that sits inside the casing of the knob were preventing it from sitting tight to the door.

Are these defects that need shaving off? Sanding it of course didn't reduce it enough. Is the hole for the knob not big enough? This is my first time running into this, and I didn't see anything in my Googling.

The door is standard 1-3/4 in. thick with 2-1/8 in. bore. Door knob is a Kwikset 991CN3SMTCPK4. See attached picture for gap and the nub I'm talking about that is impacting the metal door. 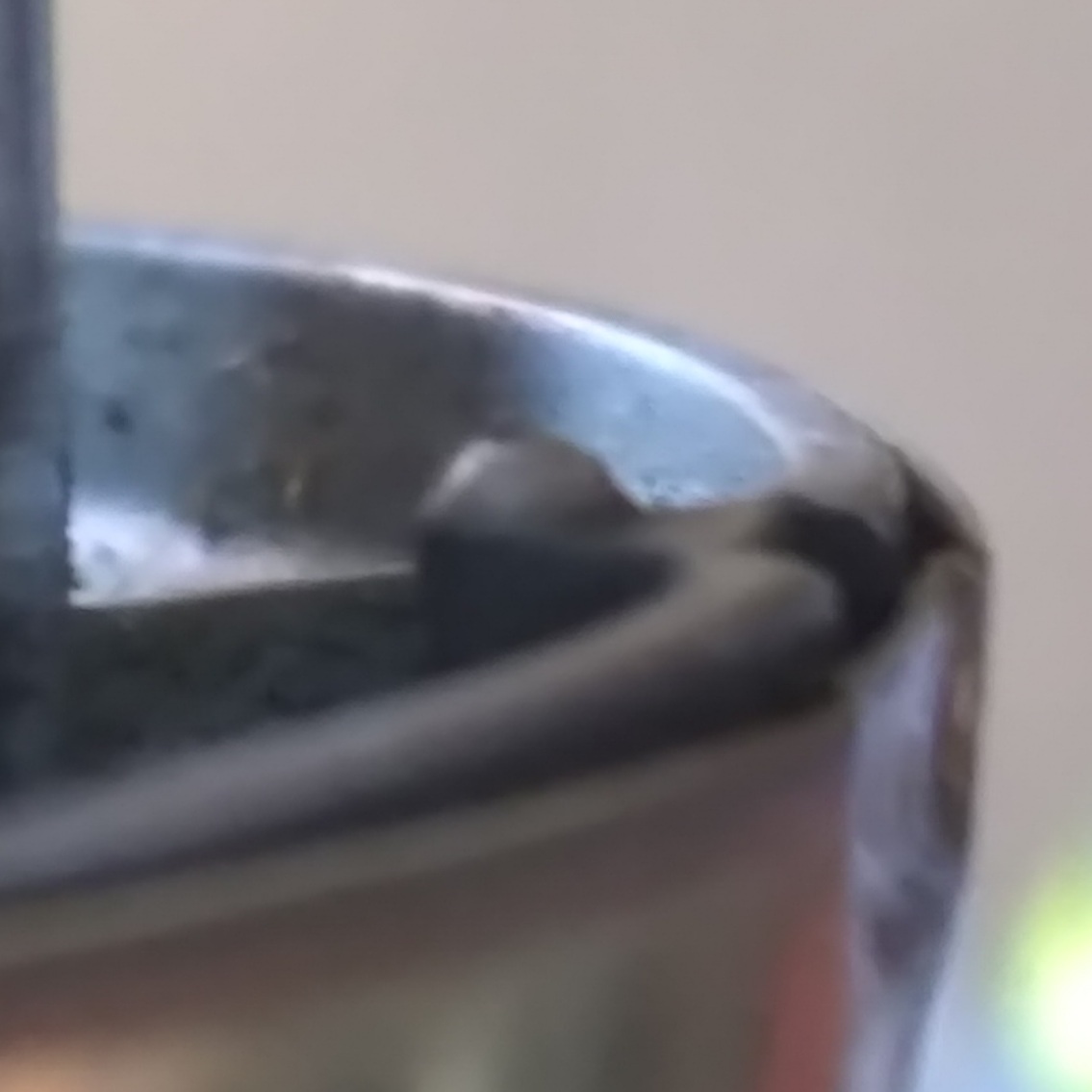 Those bumps are designed to dimple the door surface and hold position. A common problem with door hardware is that it slides around in its bore after a while, damaging the finish and feeling sloppy.

Tighten the mounting screws adequately to pull the knob tight to the door face. Unless you have some sort of bomb-proof, heavy duty door, it shouldn't be difficult. If it is, use a nail set or punch and create the dimples yourself after marking them by tightening the screws.

After thinking to search specifically for Kwikset locks with this issue, I found this video referencing it. Guessing it's an issue with at least some Kwikset knobs. Thanks for the helpful comments. https://youtu.be/skME0j8hsOM

ETA: at least some Kwikset knobs have these two metal nubs or dimples on them. The video's solution was to use a course metal nail file to grind the nubs down to not create the gap. He didn't mention the cut, but I'm assuming at least second-cut.

Isherwood mentioned above that these dimples serve a purpose, and, with enough tightening of the screws, will dimple the door, eliminating the gap. I tried this first, tightening the screws even tighter than I already had them and the gap disappeared, or at least was unnoticeably small.

So both would work, but I'm marking theirs as correct since the dimples are supposed to be a feature.

Not the answer you're looking for? Browse other questions tagged doors doorknob or ask your own question.

3
How can I keep the front door from blowing open?
0
Does such a door knob/handle exist that has the latch bolt installed on the outside of the door?
3
How to tighten a door handle with no visible screws or holes
1
Why can I no longer turn the knob of my self-locking door from the inside?
1
How to unlock a locked interior door?
0
How to open a door without a door knob?
2
How to fill in the gap between a door and a metal door frame