How can I open the latch mechanism on a Schlage keyed entry lock without the doorknob?

I have a problem almost exactly similar to How to open a door that has the insides of a door handle inside without a door knob but I have a more complicated mechanism.

Basically while installing the lock and checking for alignment, I inadvertently shut (I won't say "locked" because the mechanism isn't locked) myself out of a room. Inside the room is the rest of the hardware and most of my tools.

How can I unlock this from the outside, without the doorknob?

Also, since this is a keyed entry system, how can I visually confirm whether it is locked or unlocked, and how would I unlock it from this situation?

Depicted below is someone else's photo of the exact lock/latch mechanism I'm dealing with. 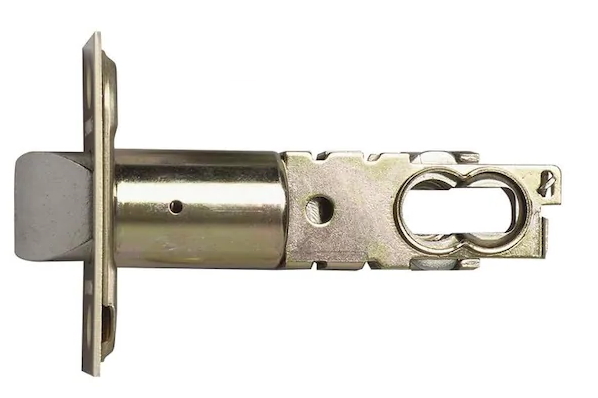 Turning the latch mechanism can work, but you need a shaft that closely fits the circular shape around the opening.

Instead, just slide one of the little ears with tools or fingers to retract the bolt:

If you can see the bolt in the image, just insert a flathead screwdriver and turn! Borrow one from your neighbor or local repair shop. They'll take pity on you.

How to tell if it's locked? For electronic ones with the faceplate on, you can't. The only way is from the inside or by checking the app that allows you to control it. If the faceplate is off it's obvious. All these locks are about the same. You don't need to even know since you can test the door lock by trying to open the door.

If you're saying that the electronic keypad is between you and the bolt and you can't even see the inside then getting it open is going to involve a.) taking the door out of the frame (if the bolts are on your side) or b.) destroying the faceplate or door.

The other answers are excellent, but if you install a lot of door hardware, you should take a look into the various locksmithing tools that might get you out of a pinch.

For your problem in particular, a few manufacturers make something called a "universal key" for retracting locking bolts and latches after removing the cylinder: 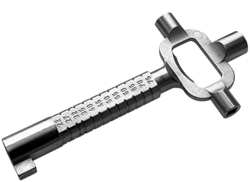 1
Am I required to have a doorknob lock on my exterior door?
2
Unlock an Omnia privacy lock with sliding mechanism from the outside of the door
0
Old mortise lock bolted from inside
1
How to unlock a locked interior door?
1
Re-key a lock so it's always openable without a key
3
Door lock stuck, will NOT retract
6
Bedroom door lock