I have a trio of: (2) three-way switches + (1) four-way switch connected to a trio of hall lights (controlled as a group), and am trying to replace one switch with a smart switch and still maintain four-way switching.

I'm guessing I need to replace the panel side three-way switch with the smart switch, leave the four-way as-is, and rewire the load side switch (disconnect one traveler and bypass straight to the lights, and connect the other traveler and neutral to the switch)?

That would give me the following setup:

Two traveler outputs, one to lights, one to third switch

For reference: Panel side switch 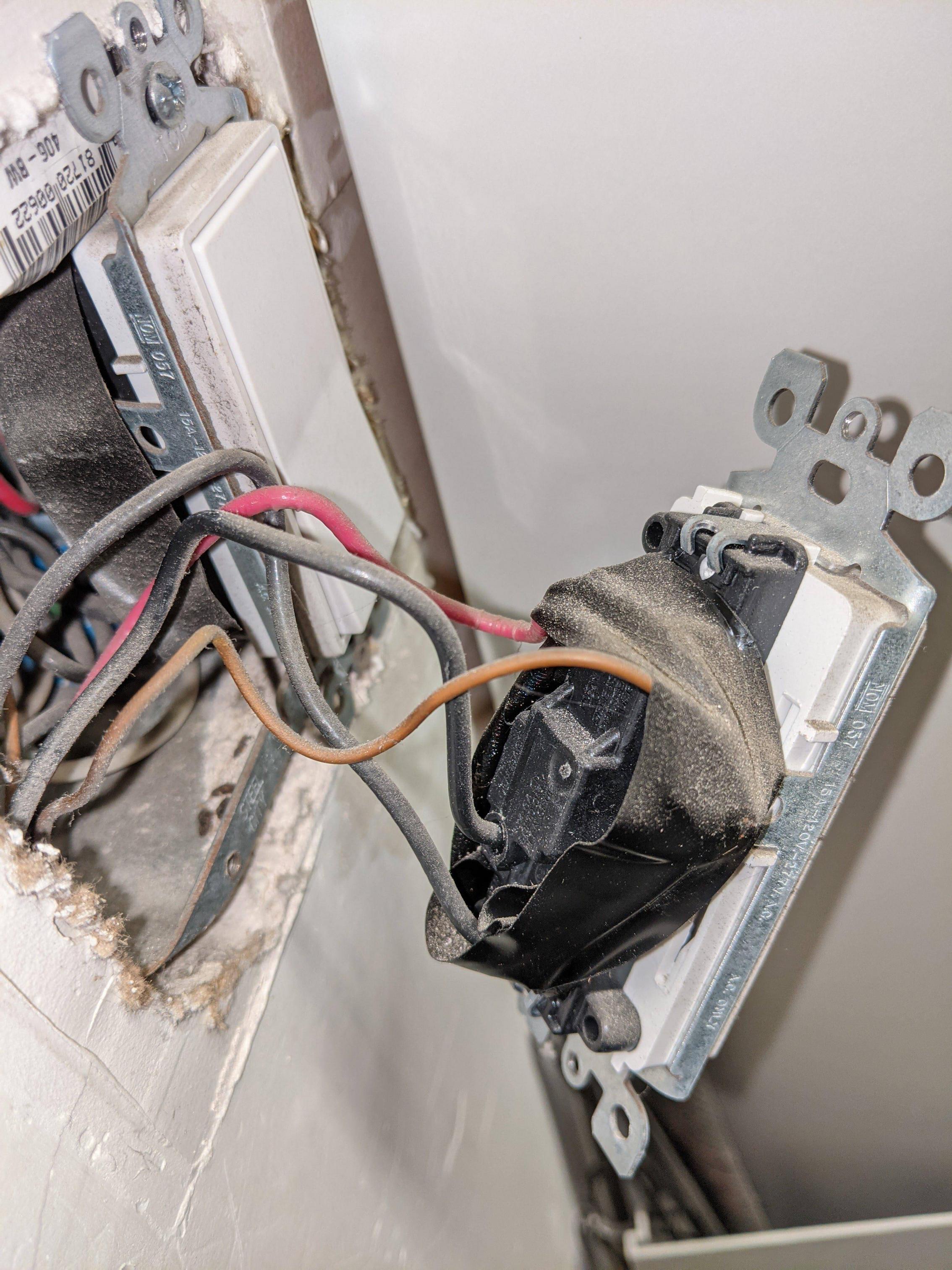 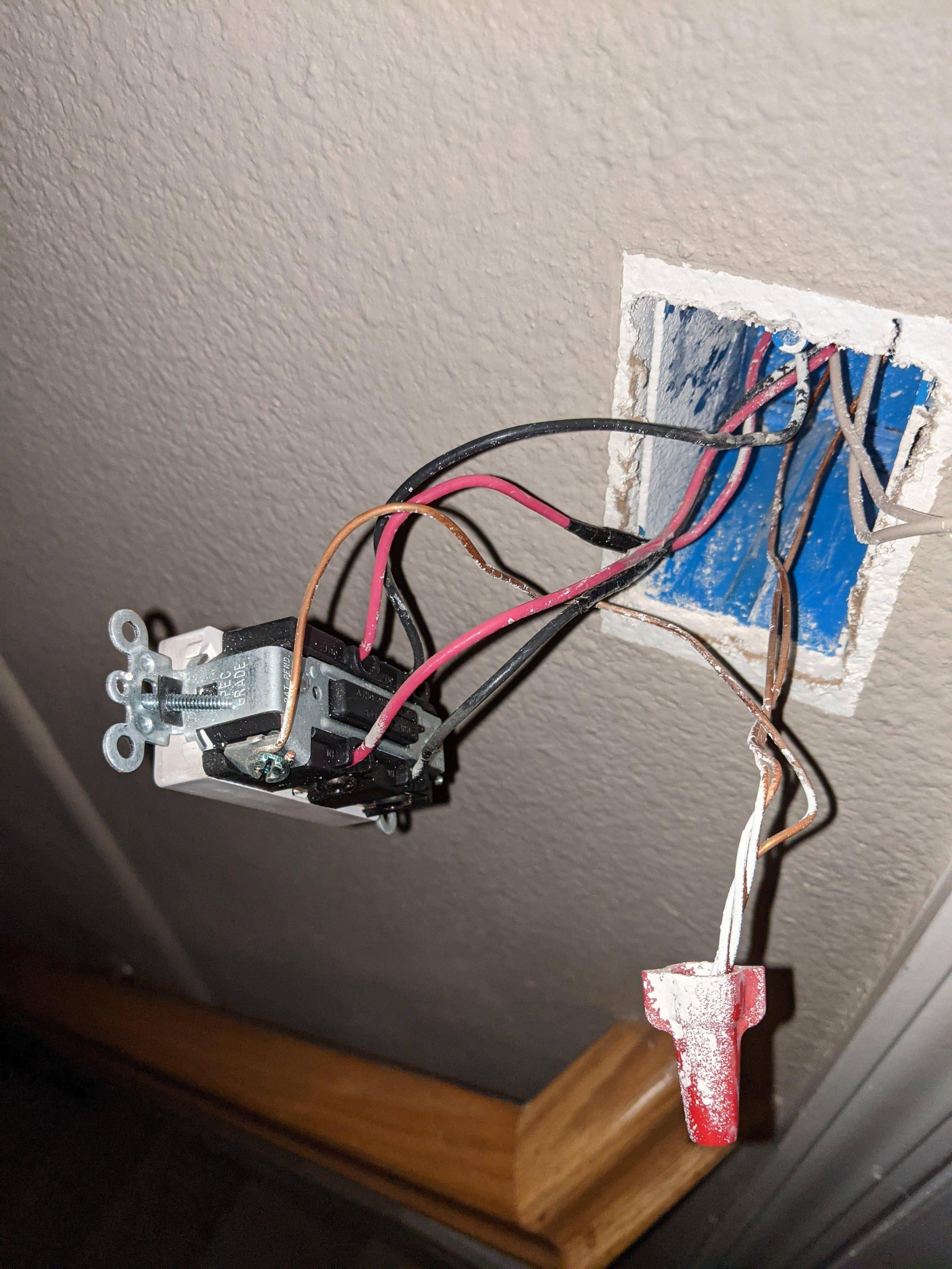 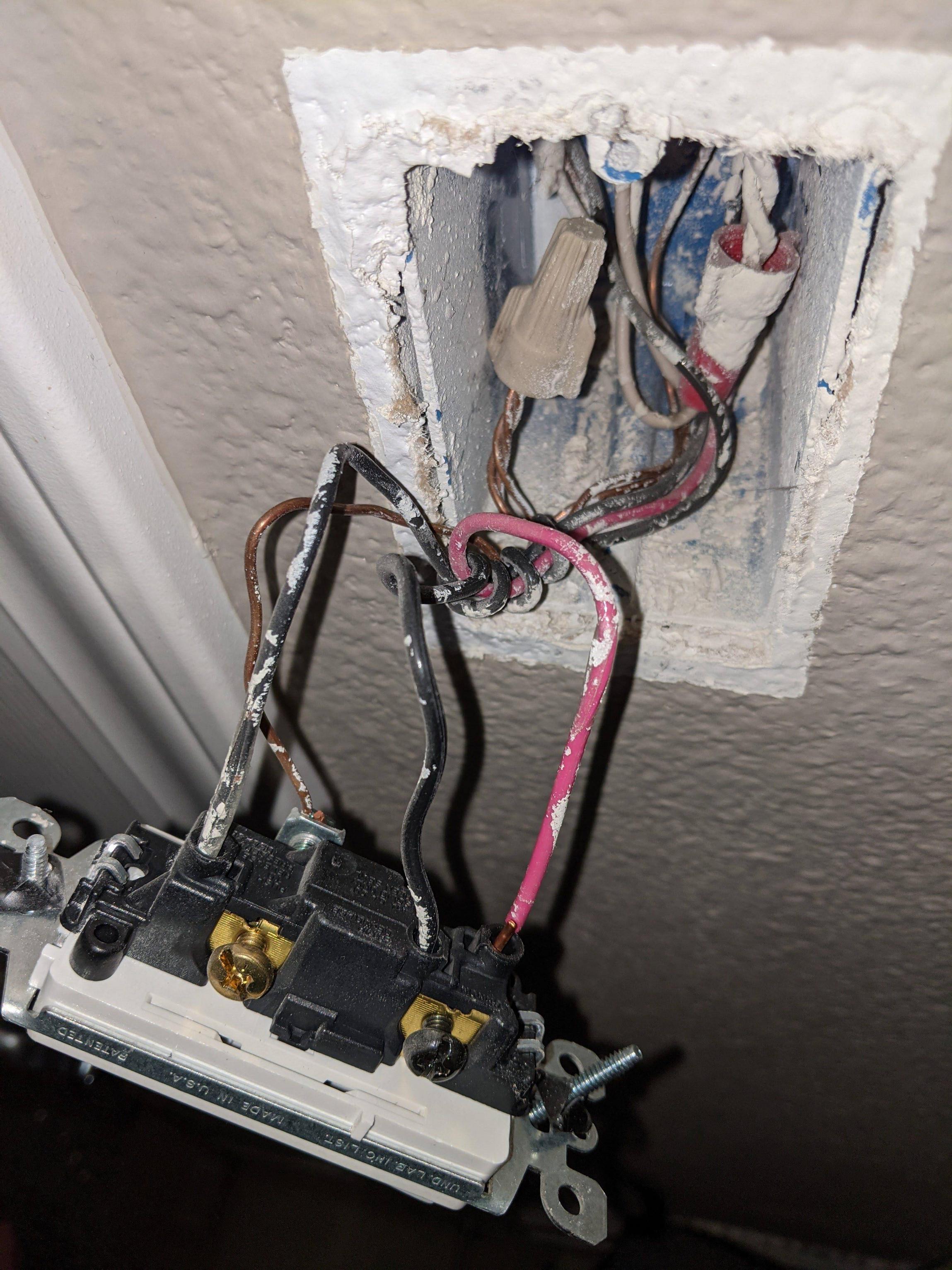 You can make it work, but the results aren't going to be the greatest

The good news is that since your smart-switch supports 3-way switching and uses the neutral for power return, you have a couple options for making this switch work in your situation. The bad news is they both come with limitations as to the results you'll be able to get.

Option one: traveler shenanigans for fun and for profit

Based on the possible wiring diagrams given in the manual, your smart-switch uses an injected-signal sensing scheme to determine if the remote switch is open or closed. This can be extended to four-way switching with the switch at either the panel (line) or light (load) ends of the complex, but may yield counterintuitive results based on how your switch interprets the traveler input and how you wire the two switches. Furthermore, you're constrained on how you connect the two switches based on the wires you have in the wall; unless you replace one of the inter-switch-box cables with a /4 (line or load, neutral, and two travelers), you're stuck with either an AND (series) or OR (parallel) connection for your remote switches, vs. an XOR (three-way) connection which will likely yield better-behaved results.

Option two: relays to the rescue

Your other alternative is to use something called a relay (basically, a solenoid-coil-operated-lightswitch) to "translate" the single-pole switching (ON/OFF) command from your smart-switch into something meaningful to the four-way switch complex. The upshot of this is that you will get somewhat more intuitive behavior from the remote switches; however, the behavior of the smart switch itself might not be quite as intuitive, depending on the full scope of functions it provides.

The challenge here is that you can't just buy any old relay and whack it in, as most relays aren't intended for direct application in a mains electrical circuit without further blessing by UL. However, there are some encapsulated or enclosed relays that are UL listed for field wiring use. In particular, the Functional Devices RIBU1C provides an attractive option as it's listed for energy management and lighting control service as well as general signaling use and also fully rated to switch up to 240W of tungsten load when used in a multi-way configuration. (If that's not big enough for you, you can use a RIB2401C instead, which will handle just about any lighting load you can come up with.)

However, it comes in its own enclosure, designed to mount to the outside of the junction box in question via its integral nipple and a conduit locknut. Since your panel-side box appears to be metal, punching out a KO in the box and mounting the RIBU1C to it isn't a big deal, as it can be safely buried in the wall by dint of being in a plenum-rated enclosure; however, that requires some drywall work. Given that that may not be an option for everyone, and given that lighting draws much less power in our LED age, the Air Products & Controls PAM-1 can be a suitable alternative; it's also UL listed, but not as extensively tested and rated as the RIBU1C (it has a "generic" 10A @ 120VAC contact rating), but has an advantage over the RIBU1C in that it's an encapsulated module designed to mount in an existing junction box.

Once you have your relay picked out and mounted to/in the panel (line) side box, it gets hooked up as follows:

Note that the traveler terminal on the smart-switch is unused in this configuration as it is effectively switching a single-pole load (the relay coil) ON/OFF now, and neither the PAM-1 nor the RIBU1C has a ground terminal, as neither module has anything on it that would need to be grounded.

We can't say. It will vary on smart-switch design. As you may know, 3/4-way switches operate by making one traveler hot, and the other not. Any given 3-way or 4-way exchanges which one that is.

It's hard to draw, but that 4-way is a reversing switch. It exchanges the two yellows, or not. By the way, I really like re-marking travelers with yellow tape or shrink tubing, it makes complicated boxes much simpler by eliminating confusion. As you can see, there is no need to distinguish travelers from each other.

Not the answer you're looking for? Browse other questions tagged lighting multiway-switch smart-switch or ask your own question.