Where can I find very strong wall brackets capable of supporting a punch bag?

I'm looking for an alternative to brackets actually made for punch bags as those available to me are very expensive. I need a bracket capable of holding a ~35kg/77lb punch bag that would be swinging around. Ideally a part of it would stick out giving the bag some space.

I'm struggling to think of what these brackets might be called so I can find a way to search for shops who sell them etc.

If it has no mounting holes, I could drill one, so that doesn't matter too much.

If it really must be attached to the wall, I would go with heavy-duty shelf brackets, like these: 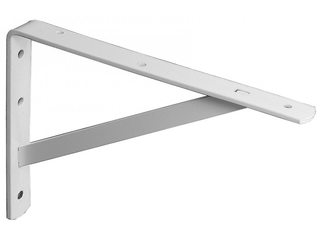 I would use two, anchoring each to a stud with lag bolts. I would then bridge between them with 3/4" plywood, and probably a 2x4 on top of the plywood at the point you want to attach the heavy bag.

Using two plus the plywood platform would keep the brackets from racking as the bag swings.

I tried to think of an adaptive use of some common building product but drew blanks. That may be why purpose made ones are expensive. If it really seems exorbitant, you might be able to get a local metal shop to fabricate one for less. For that matter, someone with decent carpentry skills could build one from wood. The joint designs would be critical to ensure they are strong enough and don't vibrate apart. Something of welded steel would be a lot more idiot proof.

Is there a possibility of hanging the bag from the ceiling? This is more likely a DIY solution. There's been a few questions recently about this here. The key is to use multiple fasteners such as lag screws to engage multiple ceiling joists to spread out the load.

One thing to consider if you're mounting this bag on the wall, all the weight is going to be supported by 2 nails per stud that attach the stud to the top plate. These nails are preventing the stud from pulling out from the wall and falling over. I don't have a lot of confidence that you can hang a heavy bag from one or two studs without causing damage that could risk the structural stability of your home.

If you can, I would encourage you to consider a free standing solution that distributes the weight across a large area of your floor. They're not cheap, but they are a lot more affordable than the repair bill if you accidentally pull down a wall. 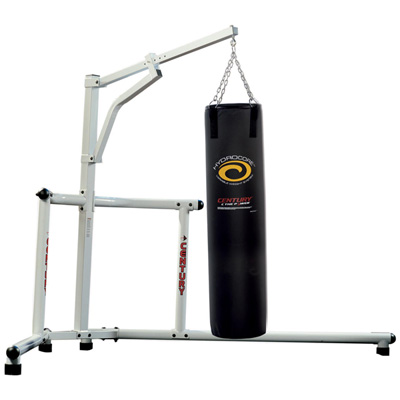 How about you get two of these type brackets (they come in a pair) and mount them to two adjacent studs but triangulate them together to a mount point for the punch bag to hang from. 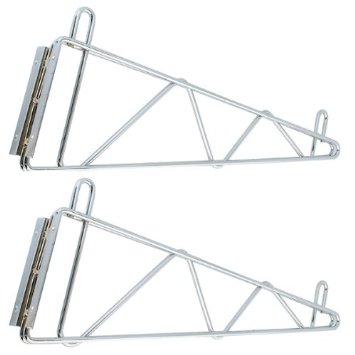 These particular brackets are 24 inches in length and if triangulated as shown below on studs that at 16 inches on center you would achieve a projection from the wall of about 22 inches to the place you could hang the bag. 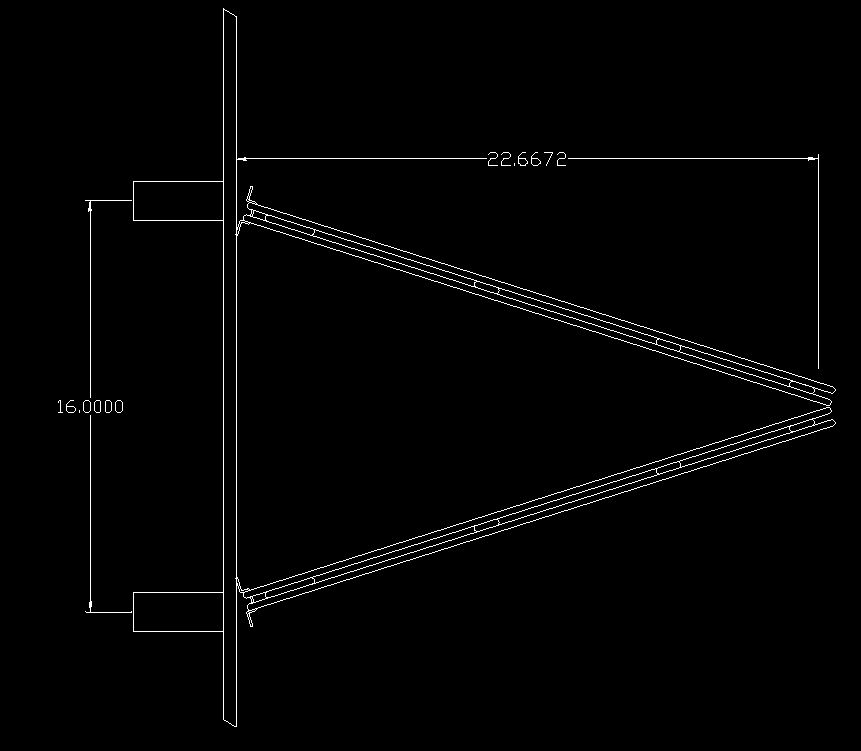 Several different techniques could be used to provide the mount point for the bag but the easiest may be to simply use the brackets up-side down and use the loop near the end on each bracket. Another way may be to bolt through the end with a good sized bolt with a couple of large washers. An S-hook or similar could be secured around the middle of this bolt.

You can place spacers behind the mounting flanges or bend them to be flat against the wall. It may be advisable to mount a piece of sturdy wood on the wall between the mounting flanges and the wall surface to bride between the studs and add strength. If you used a piece of 2x8 or 2x10 that was about 24 inches in length several additional advantages would be realized. One would be more projection and another it may allow you more flexibility of where locate the bag mount point of directly midway between studs was not ideal.

I found this particular pair of brackets at Amazon. They are probably available also at shelving stores.

Mejier has a punching bag bracket on sale. Much cheaper than other dedicated punching bag solutions, and only slightly more expensive than the DIY solution.

Not the answer you're looking for? Browse other questions tagged brackets or ask your own question.