Is there gutter around this sunroom?

This sunroom is interesting because:

How does the water run off? Especially the edge at the attachment to the house? 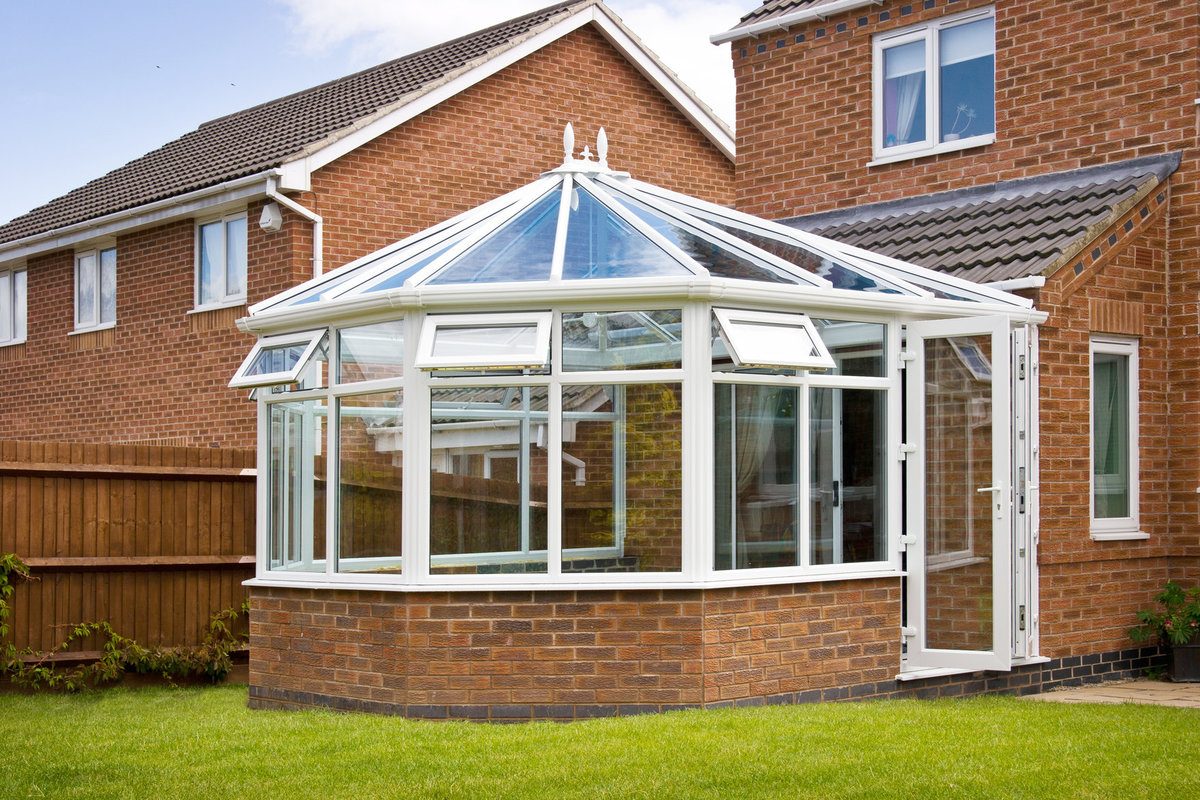 I'd say it has guttering… but perhaps nowhere to go.

The moulding round the top edge certainly looks gutter-shaped, it has sealed corners, all very 'guttery'.
What it doesn't seem to have is a fall-pipe, so it will either just fill up if those gutter-ends are sealed, or pee down onto the paving if they're not. It also seems designed that the rear face is just going to slosh water against the 'porch' section of the house extension.

It could potentially go right the way round, but the only indication of that is that the interior of the soffit section remains uniform. That, unfortunately doesn't tell us whether or not the outside is uniform. There is potential that it does if you look at the apparently larger gap back to the extension wall in the rear corner. There looks to be room enough for gutter. It would still have no apparent way to drain.

The porch itself seems to have correct guttering & fall-pipe (you can just see a bit of it at the far side & it looks like the same design as the neighbours', it runs to the side of the house. It could potentially be from the conservatory gutter, or the porch, or perhaps both at a push.

I don't see any part of the structure that could have cleverly-hidden integral fall-pipe. None of the uprights are big enough & none of them run down to the ground.

If that was an estate agent's or builder' photo I'd demand to see from more angles. I'd really also like to see one from the top of a ladder looking at that joint to the 'porch'.

One last observation. The door doesn't seem to open onto the paved area. There looks like an accidental half flag of overlap, but mainly it looks like that grass is going to take some footfall, come rain, come shine. 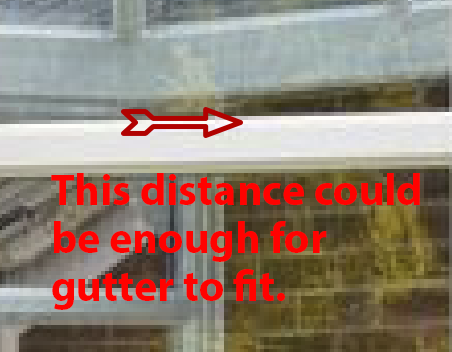 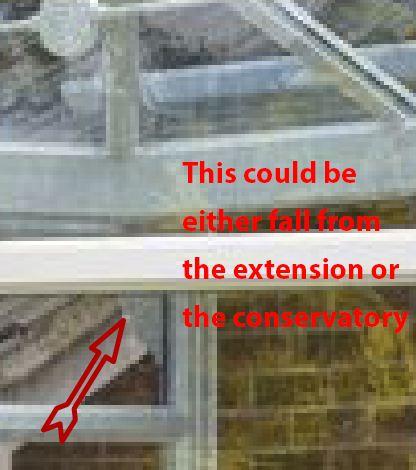 I would say NO.

That's just the answer for the outside part. The part connect to your house... I don't know because I can't see.

Gutter have downspouts and openings, this does not. You aren't giving the great up close picture so I am generalizing. It could be a gutter that is very very very custom, but that's a 1%.

You don't really need a gutter on it - sure preferred but its not end of world stuff like not blessing your plumbers putty before putting it into a sink. Now the house to sunroom thing is a different question, you need pictures, and is way more serious.

There may be gutters on the house-side of the sun room and the space needed to accommodate them has a filler piece to the door.

Or there may be a roof rain diverter that shields the entry by pushing water to the sides.

The down spouts may be integrated into the structure or just not in view because of the photo angle.

Not the answer you're looking for? Browse other questions tagged roof gutters addition sunroom or ask your own question.

1
Where to locate heat tape within gutter
3
how to attach gutter when there is an additional trim board on fascia?
0
How can I stop gutter water flow noise?
1
Can I cap off this gutter downspout?
1
Is this Gutter install right?
1
How to prevent water coming off the edge of a roof with no gutter?
1
Upper roof downspout emptying onto lower roof
1
How to fix my roof draining into gutter improperly
0
Repair roof flashing that is tucked under gutter rather than over it