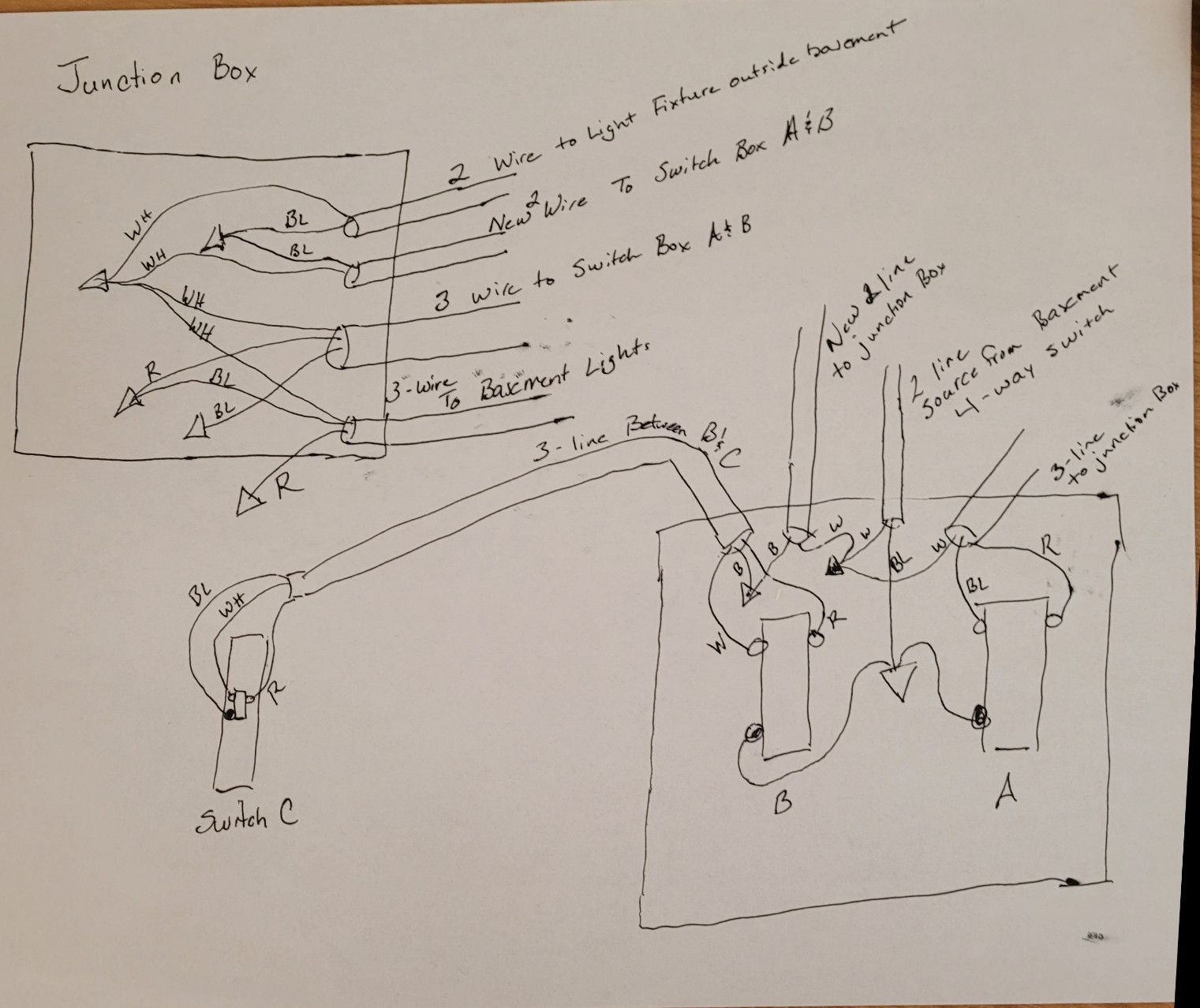 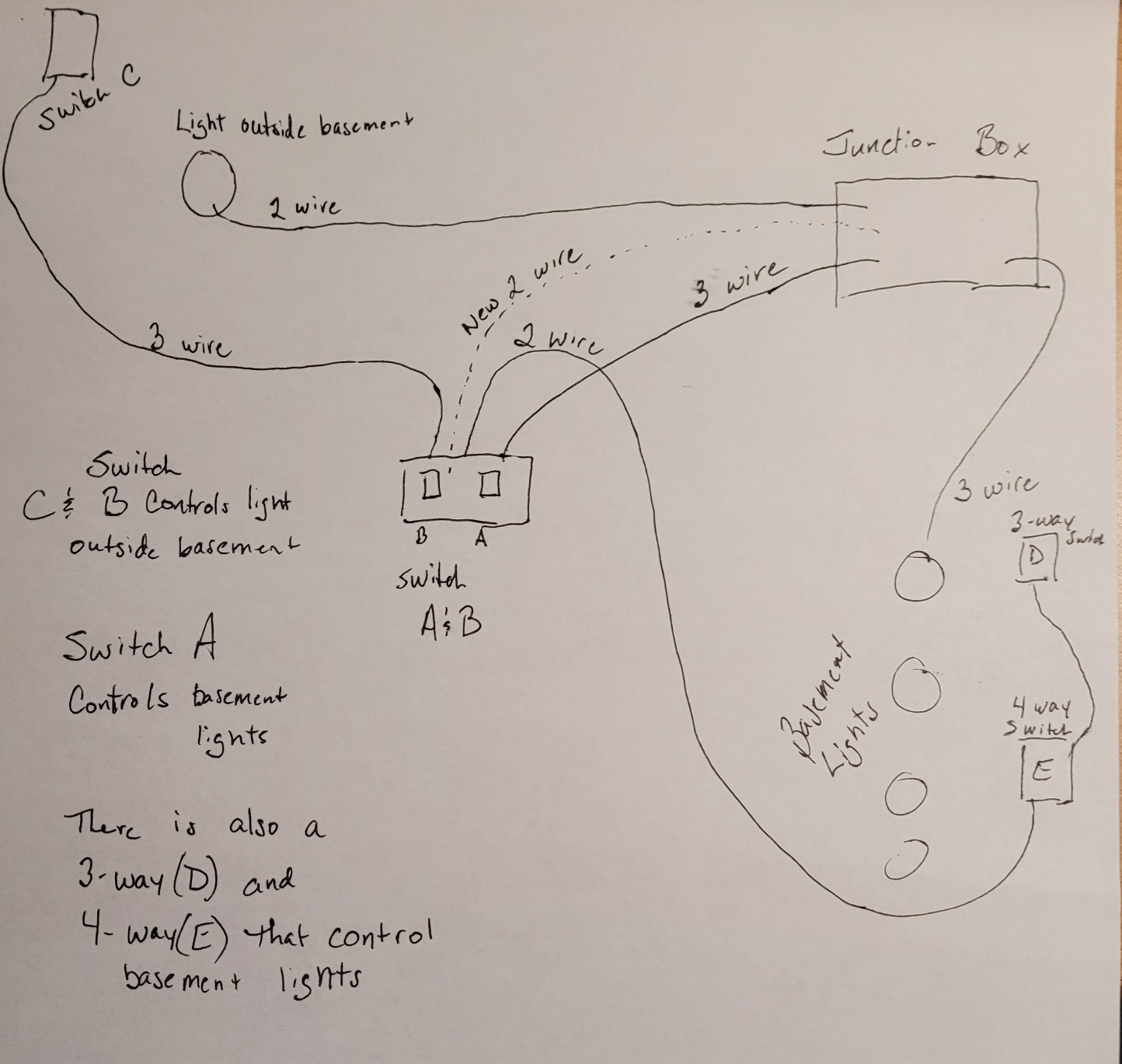 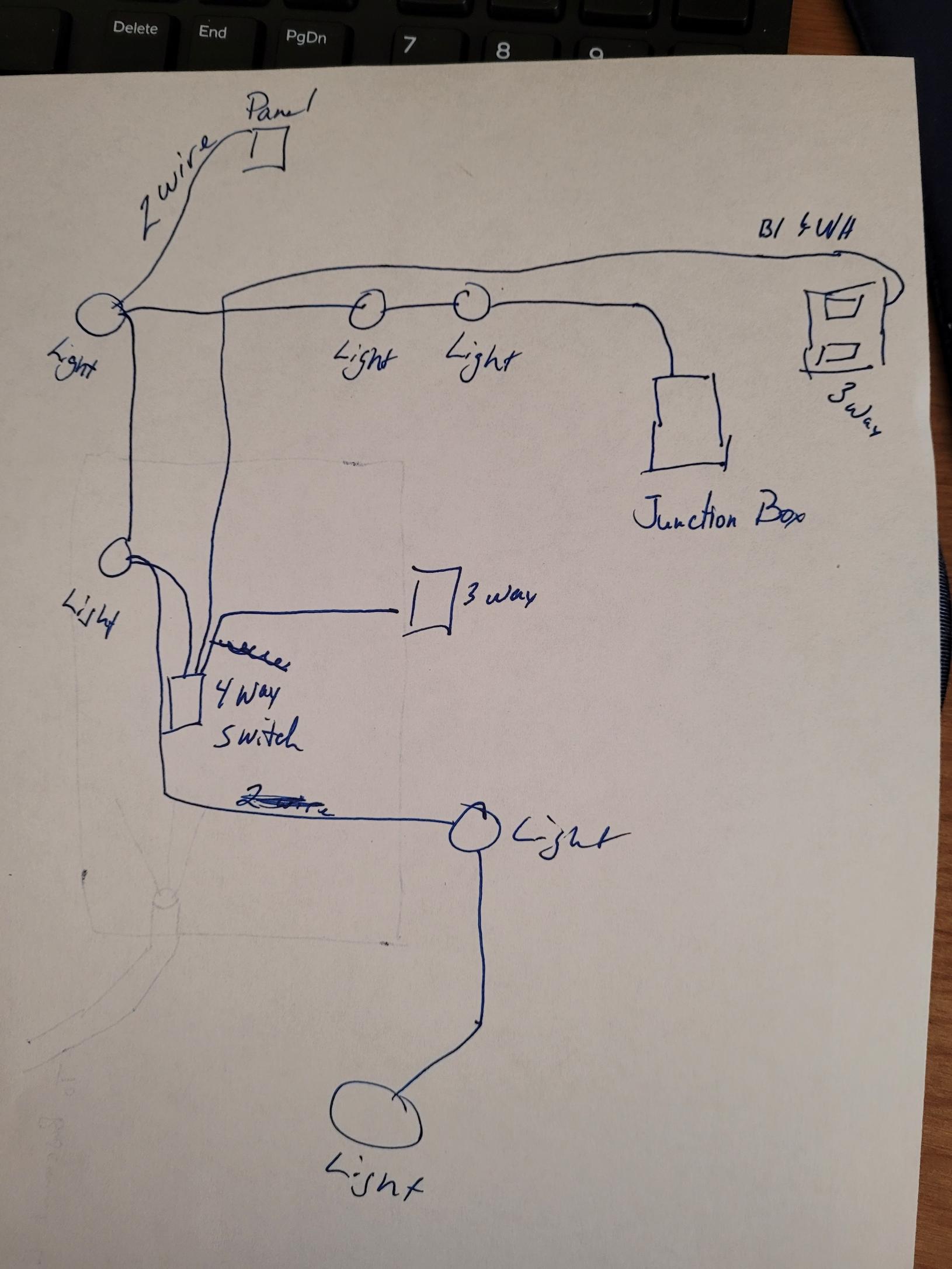 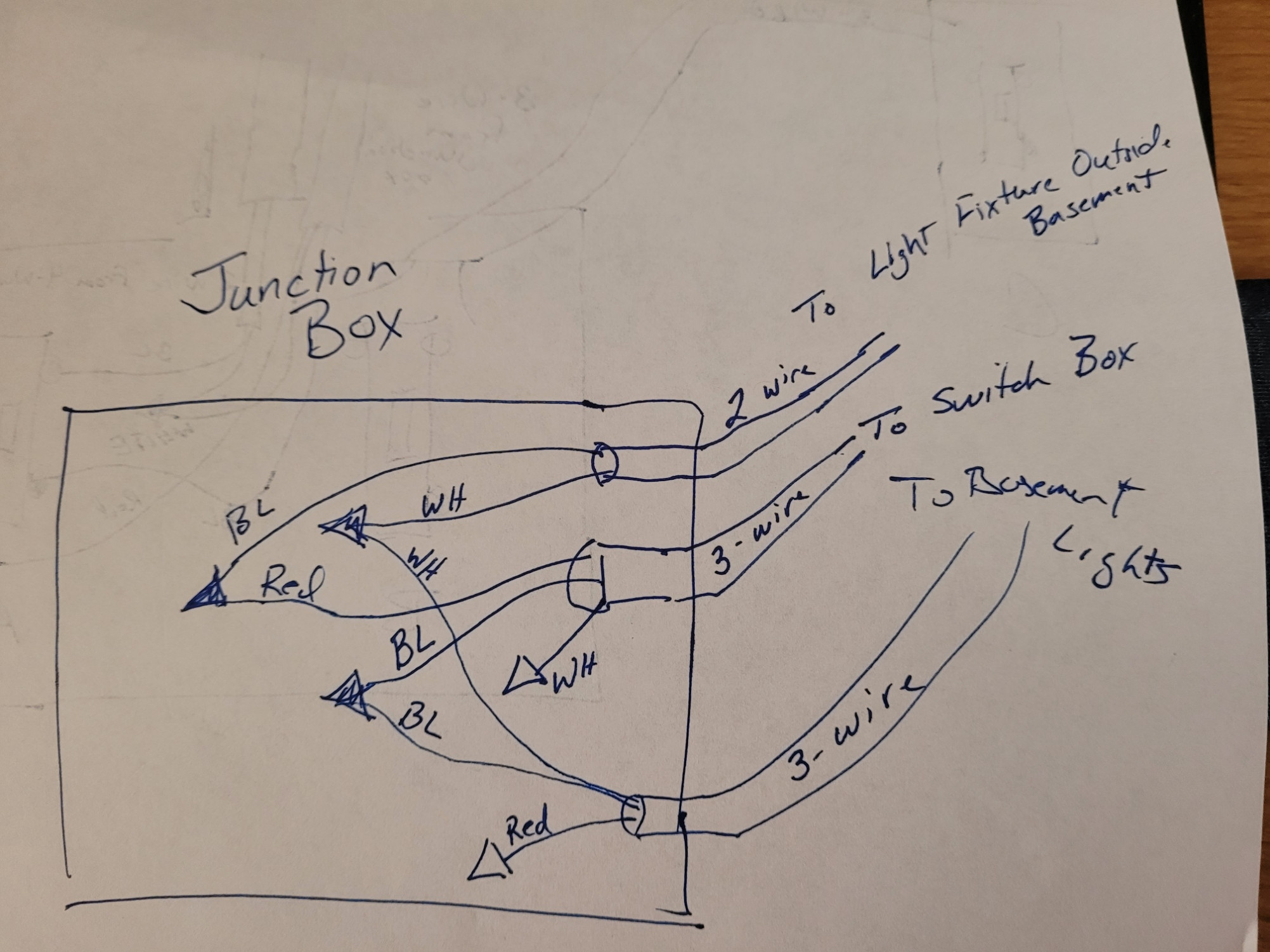 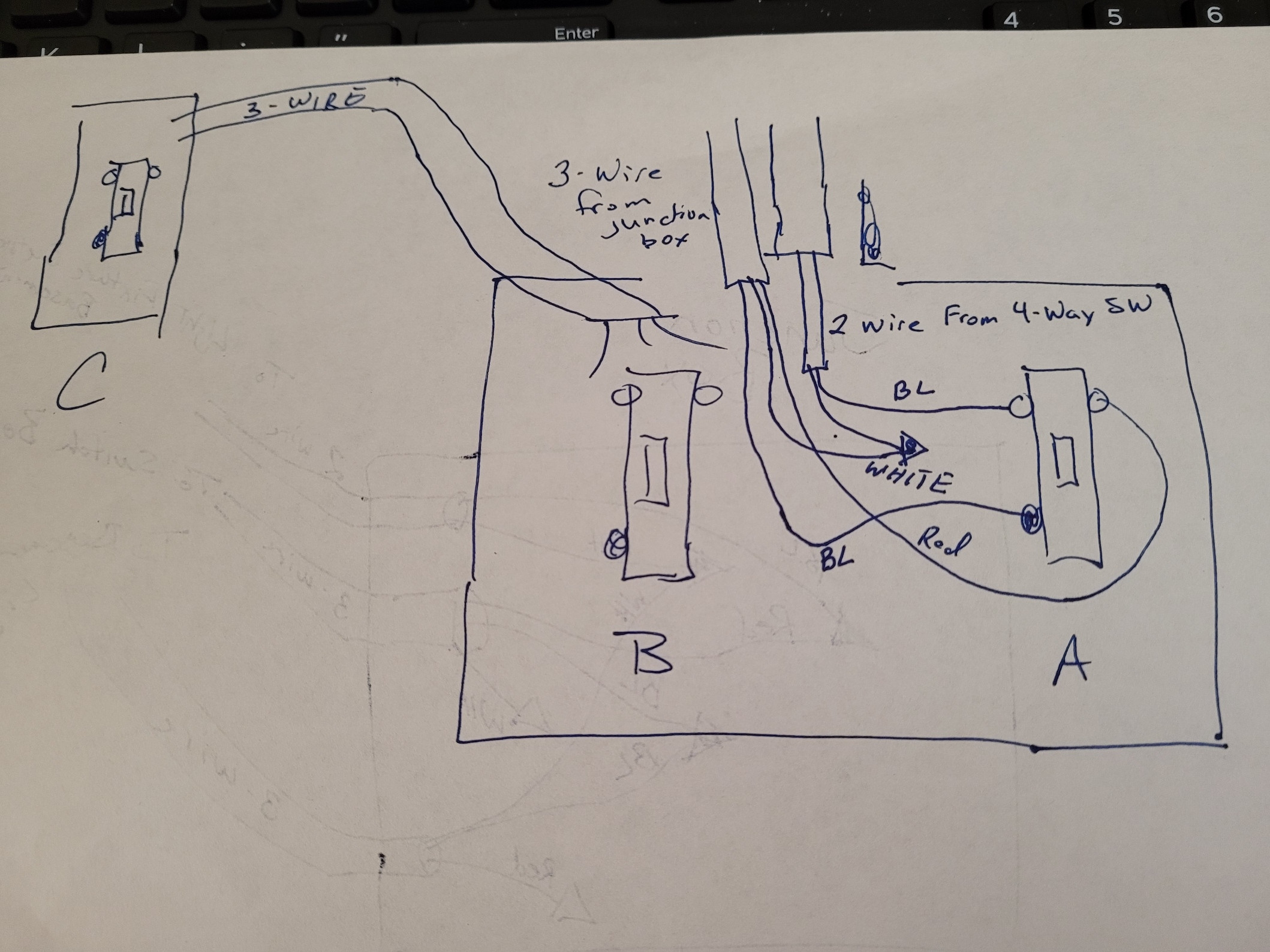 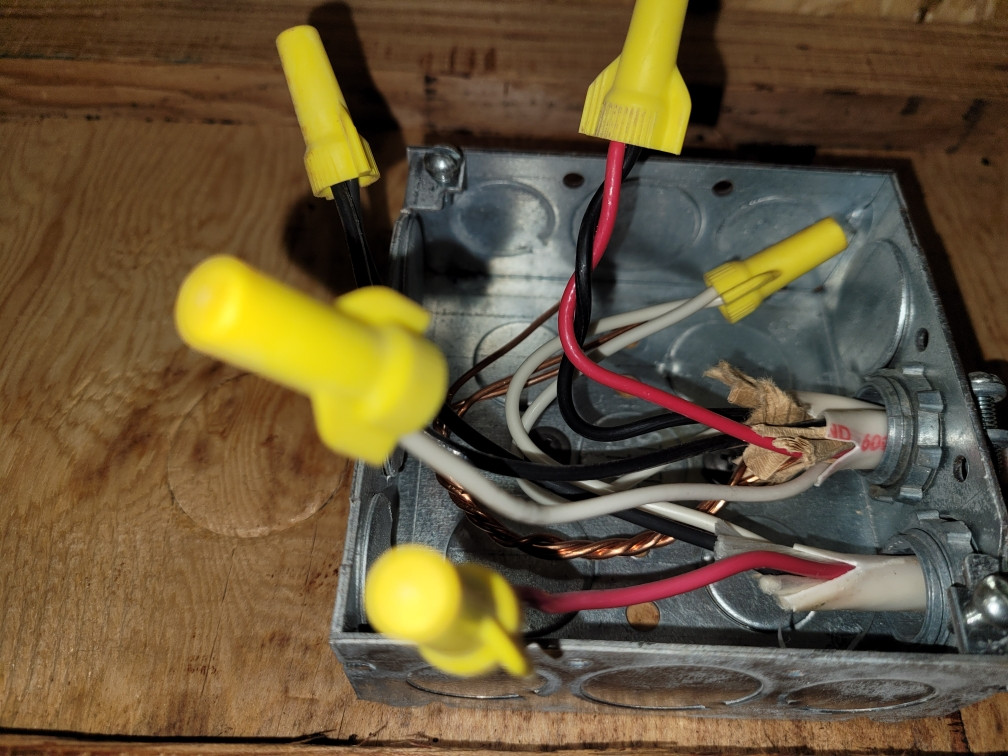 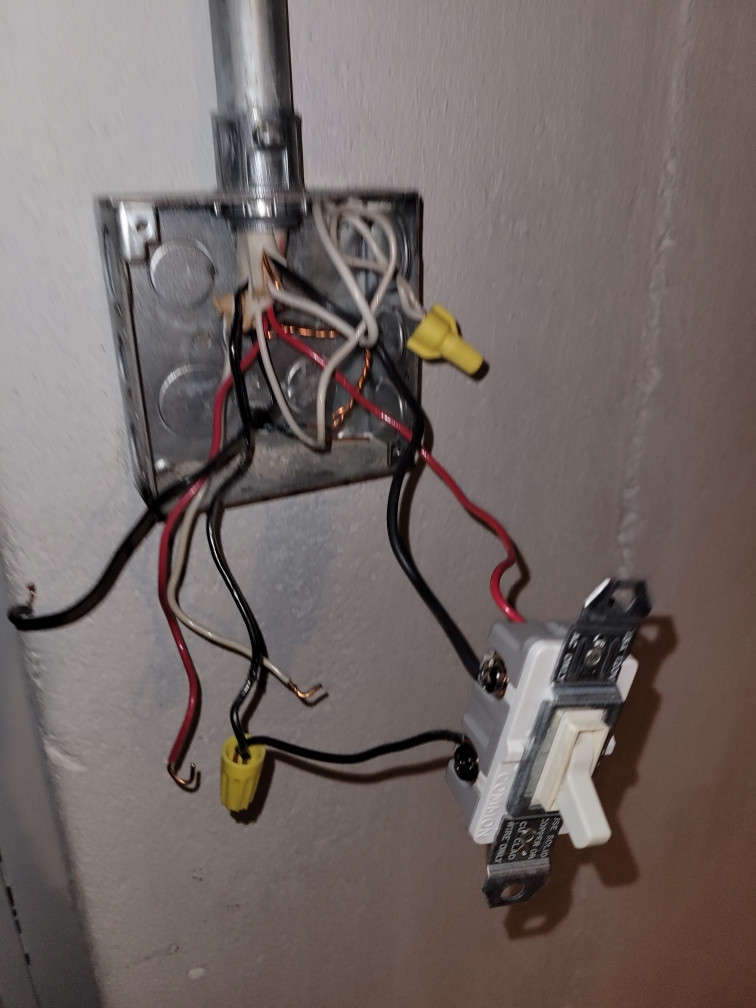 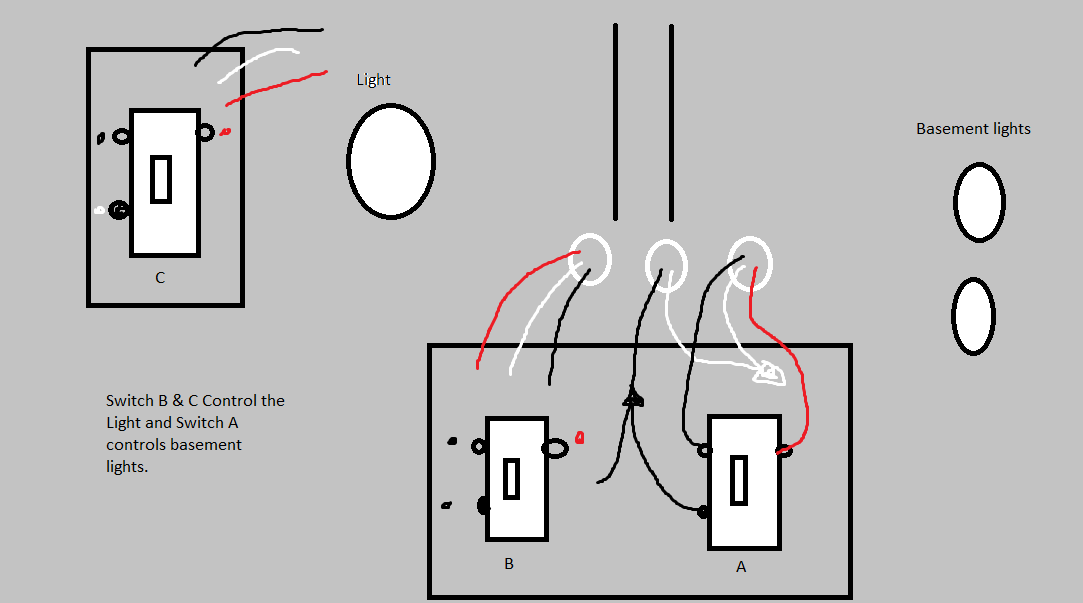 There's no easy fix with the existing wires here because they tried to make one cable do the work of two. I put in a three-way last year and my setup is

That's all going into what is your B switch. In other words that's three cables where you have two. The good news is the 3-line cable can still be used. The bad news is you really need a 2-line cable run between B and your fixture. I suspect they tried (and failed) to use the unused white wire to do that. The problem is that you can't run a multi-way without two travelers.

Per the images you've added here's how I would fix this

When this is all done what you're doing is piping your hot to C, creating two proper travelers back to B, and hooking the fixture to the switched hot from B.

A three-way switch is what in the computer world is called an "A/B switch." That is, there are three power-carrying wires, A, B, and C, and two of them are connected at any time.

You should be able to verify this with the resistance function of your multi-meter, or by wiring up a table lamp or something. Hook up two of the terminals, and check connectivity. Then flip the switch and check connectivity. If there is never a connection, you have hooked up A and B. If there is sometimes a connection, you have found A and C but you don't know which yet. Move one of your probes over to B, and repeat the test. You'll know whether you have B and A or B and C at that point.

Essentially, a 3-way switch acts like either a splitter or a joiner. Power goes in C, and splits out to either A or B. At the far end of the circuit, power travels in on either A or B, is joined up and comes out (or not) on C.

The wiring for a three-way switch should be like this:

Your wiring diagram looks like you have connected a white wire to "terminal C" on switch "C". That is wrong. Connect the wire carrying power out to the lights (black or red) to the C terminal of the switch. The white wire should continue through the box to the light fixture.

As @Machavity mentioned in his answer, it also appears that your switch A is splitting wires that you run to another light circuit. If there's not another 3-way switch, then you should just disconnect one of the wires from this system -- it's just an on/off switch at this point, there's no reason to carry power down a wire you aren't using.

Not the answer you're looking for? Browse other questions tagged electrical wiring lighting multiway-switch or ask your own question.