I'm replacing the shower mixing valve in my guest bathroom during renovation as the old one had a good deal of surface rust. This is my first time soldering pipes together.

Please note that this diagram is not to scale. The bend is exaggerated for illustrative purposes. 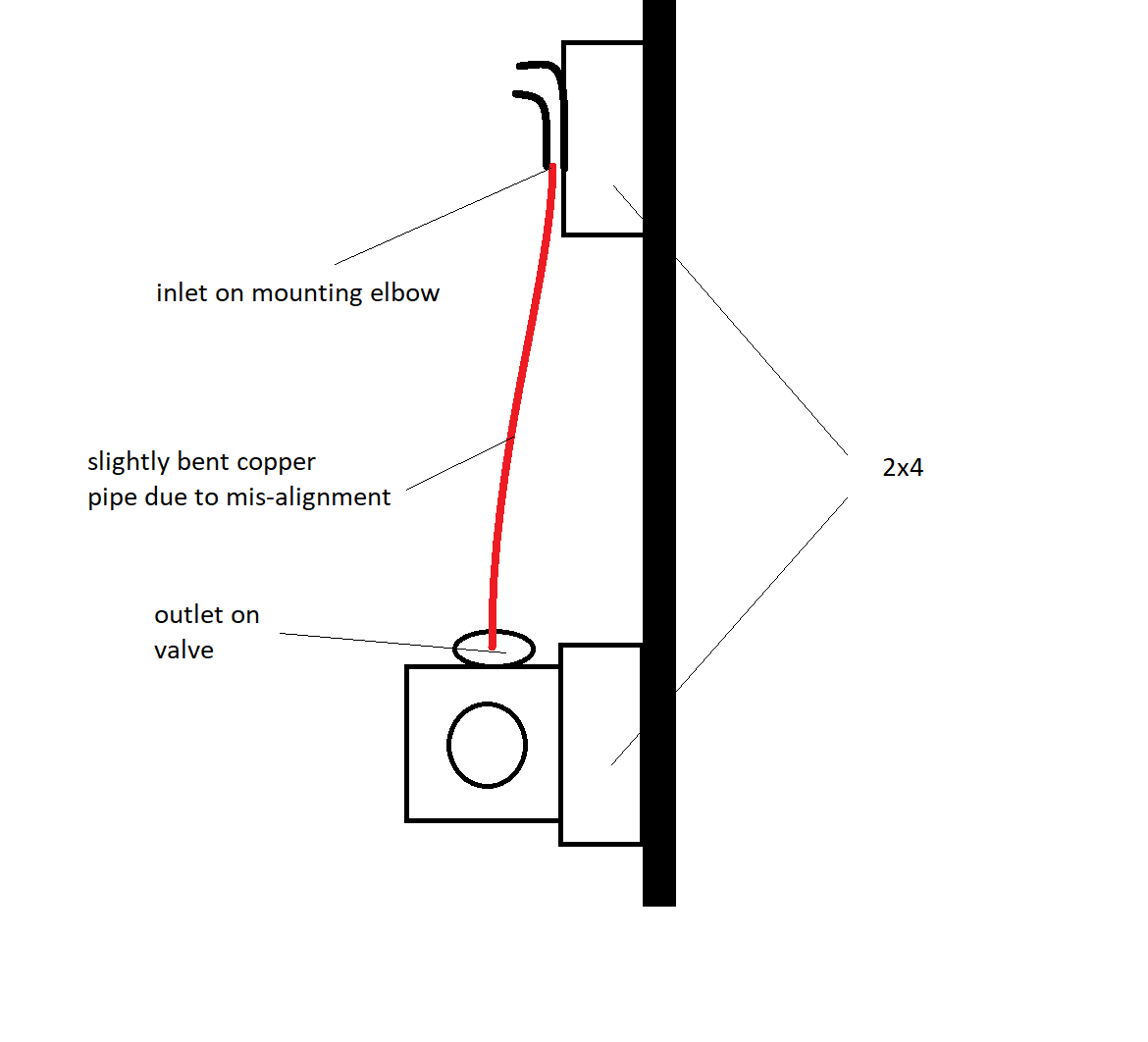 Do I have anything to worry about? Will the constant torque applied to the pipe, and ultimately the solder joints, cause leaks in the future?

Looking at what you have done I would not be worried. I do both copper plumbing and hvac copper (high pressure) if you have a good clean connection that the solder wicks back into the fitting it will be plenty strong. I have made hangers using 1/2” copper pipe and 4ea 90’s to hang heavy items with and these last for years, I know a guy that makes fancy towel racks using the hot water pipes (with a recirculating system so the pipes are always hot) a good solder joint won’t leak with a little force on it.

You'll probably be fine with no leaks if sweated properly. How ever if you'd rather not worry about it move the mounting 2 x 4 forward until plumb with the valve port.

Alternately, you can bend the copper pipe slightly to bring it more in-line with the two connections.

Or just shim out the 90 to bring it forward more.

Not the answer you're looking for? Browse other questions tagged bathroom water shower copper soldering or ask your own question.

4
What could cause reoccurring leaks in a hot water pipe?
2
Can a low-flow shower head cause a leak behind the wall?
1
Shower arm - thread sticking out of wall is too long
0
Pressure testing downspout and shower nipples
2
Will silicone caulk seals affect the bond of mortar and tiles to backer board?
1
Possible Leak at Plumbing Solder Joint
2
Do I need to replace the wall after a shower head leak?
0
Why does my re-plumbed shower come on whenever the tub faucet is opened?
0
Fix pinhole leak on shower mixing valve