How much PSI does an Electric Duster have?

I bought an electric duster for use in cleaning a PC, however I would like to know how much PSI do electric dusters generally exert. I can't convert cfm to psi, because the two units are incompatible - however I just want a rough estimate of how much psi this electric duster exerts. I hope its not near or above 100 psi.

For reference, here is what the electric duster looks like 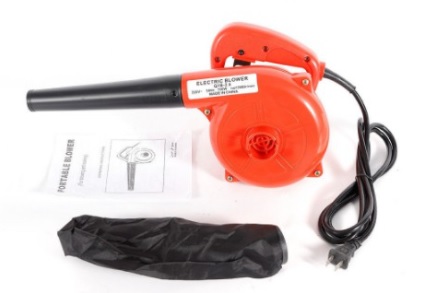 Its not as big as a leaf blower and can be hand held easily. I don't use leaf blowers myself but from my understanding they're generally much larger, and can be strapped onto the back.

Due to the design objectives for the two types of devices (compressor and blower) the method of moving air is also different. A compressor "expects" to have restriction on the air movement, while a blower expects to have air moving.

The compressor utilizes valves and a sealed chamber of sorts to push the air into the next stage or to the intended destination. This aspect is also what permits a pressure reading with reliability.

Blowers move air, typically with a rotating mechanism, also called a fan. Squirrel cage blowers are one design, often called a centrifugal blower. A blower of the type in the photo provided is likely to have a flat disk with vanes running radially on the disk. The air pulled in is expelled to the perimeter by centrifugal force as well.

If the airflow is blocked, for example, to take a pressure reading, the fan can go into static flow. The air is no longer expelled from the perimeter and is no longer pulled into the center. The air in the fan chamber merely spins as if on a carousel ride, dropping the measured pressure to an insignificant amount.

If your intent is to use a small blower of this sort in a semi-closed system, you'll have no real air pressure to consider. If there's substantial air movement, the pressure will also be low, slightly above ambient atmospheric pressure. In the middle, you'll have a value that would require a sensitive gauge to read.

The final figure will be much lower than the 100 psi about which you are concerned.

There are devices known as manometers, which are essentially a U-shaped tube filled with water or sometimes mercury. The pressure source is applied to one opening of the tube, which forces the liquid to rise in the other tube, which is open to air pressure. This device is used to measure fan pressure, not compressor forces, as a compressor will force the entire liquid from the manometer. Image below courtesy of the linked site. 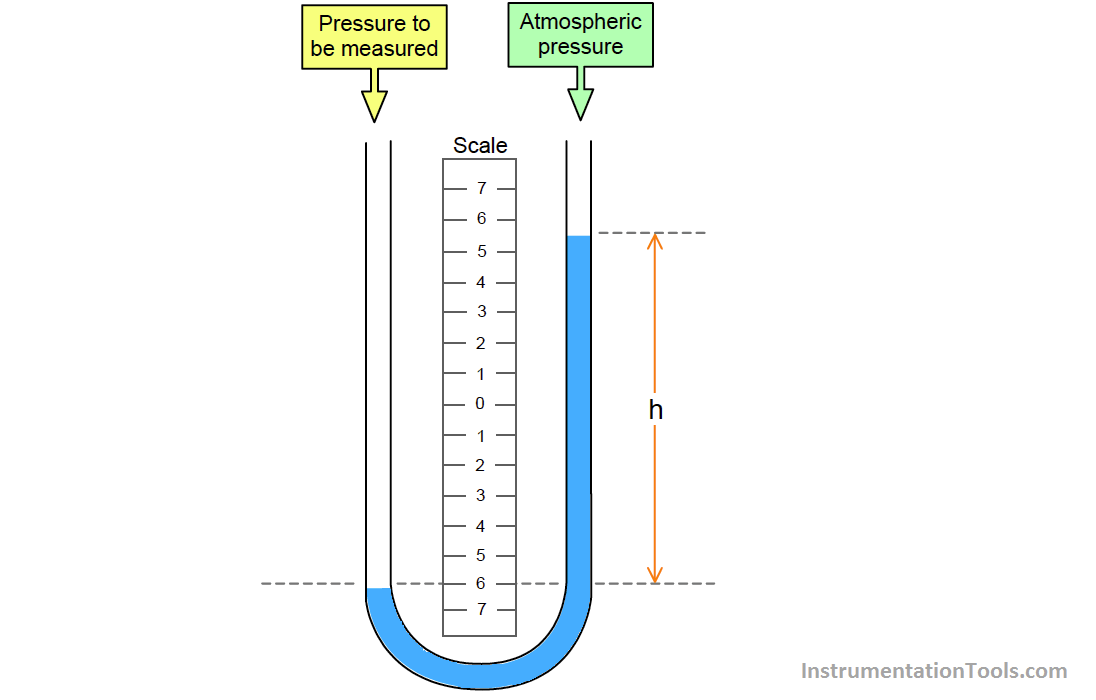 If you want to test for the actual maximum air pressure do this. Use a vessel, like a 2 liter soda bottle, and install a pressure gauge into a hole drilled in the bottom. The bottom is thicker. Thread or glue the gauge in place. Then tape the blower to the neck of the bottle and start it up. The gauge will inch up slowly until the blower goes into "static flow". You will hear the fan speed increase. The pressure reading will be the maximum the blower can achieve. The pressure will likely be less than 10 psi.

Put your hand over the opening and see how much force it pushes with. If it has a 2 square inch opening, and it pushes with 4 pounds of force, that would be

Not the answer you're looking for? Browse other questions tagged blower or ask your own question.

11
Does lowering the blower speed of a forced-air furnace lower its efficiency?
1
Why does the blower in the attic vibrate during heating when it is really cold?
1
How can I stop the humming produced by my water heater blower motor?
0
How to eliminate vibration noise that started after replacing blower motor?
1
How much power/electricity should my central air's blower fan use?
1
How to set Nest Thermostat to control blower without heat
1
The new GE blower motor is missing an orange wire, how to connect it properly?
0
How can I extend the length of my furnace run time after burner shutdown?