Did I harm the integrity of my house trying to run a wire? 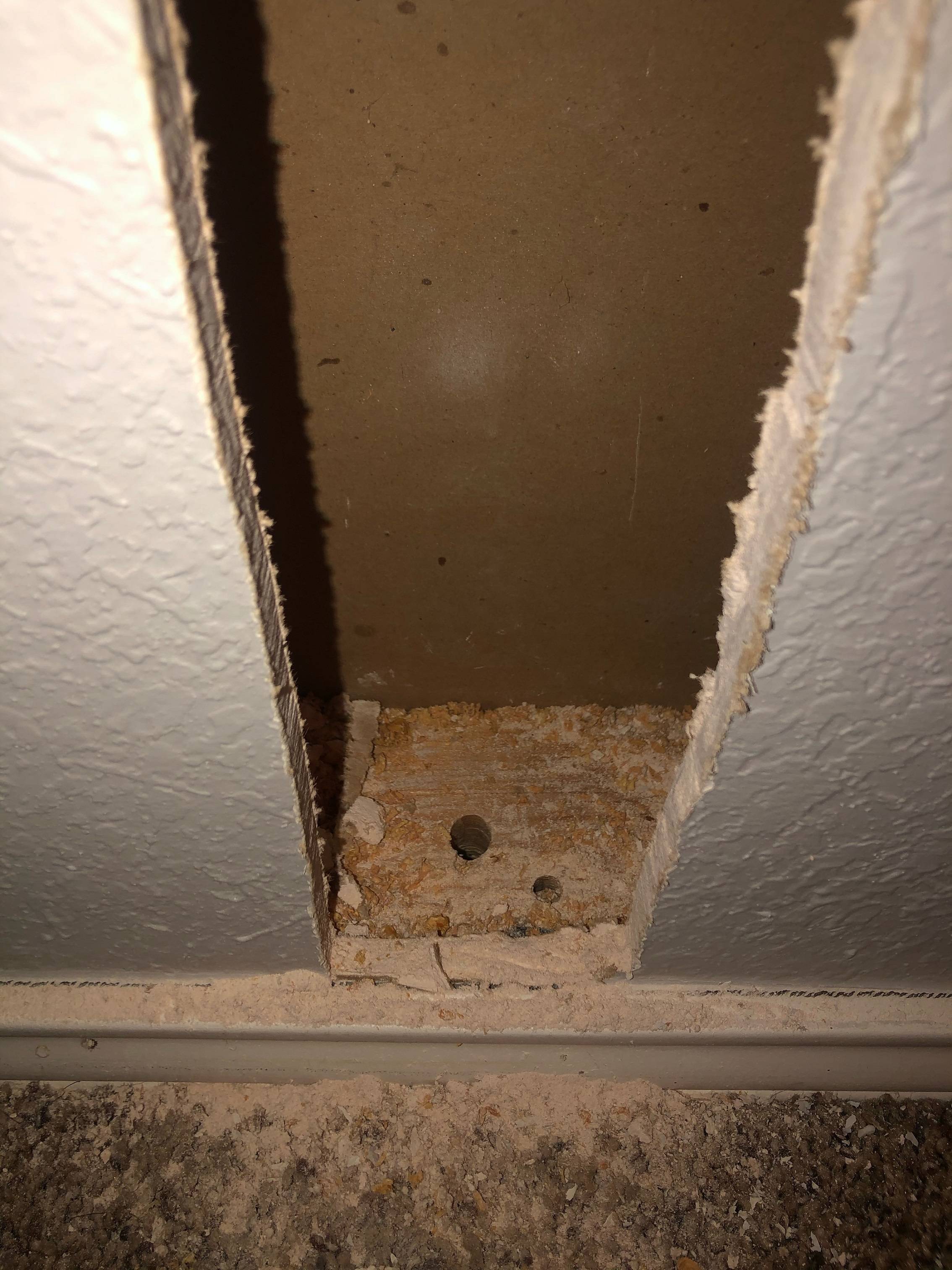 I wanted to run a CAT6 cable simply from a first floor room to the second floor room directly above it. I drilled through the bottom plate in the wall on the 2nd floor as shown. I first used a 1/2 in bit, but it was not long enough so I bought a 5/16 one that was 1 ft. Unfortunately I messed up with the first hole and had to stop because due to a slight angle it started poking through the dry wall on the other side (just open air into the house entryway). Seems that the 1 ft one was not long enough either surprisingly because there is still not a thru hole. I'm most worried about whether this is now unsafe, but if not, what is the problem here? Do I need an even longer bit?

UPDATE: I took out the drywall in the room directly below this, and found a large wooden beam spanning that wall, from at least ceiling level to 1ft down. That wall also has a large opening for a folding door. I fear I really shouldn’t have made those holes— maybe that huge beam is there to compensate for the opening, i.e. lack of studs? What do you think? On the bright side, I got the CAT6 cable out through an exterior wall and ran it up the brick and it looks and works quite good!

Purple is where I know for sure there is wood, green star is directly below the drill holes: 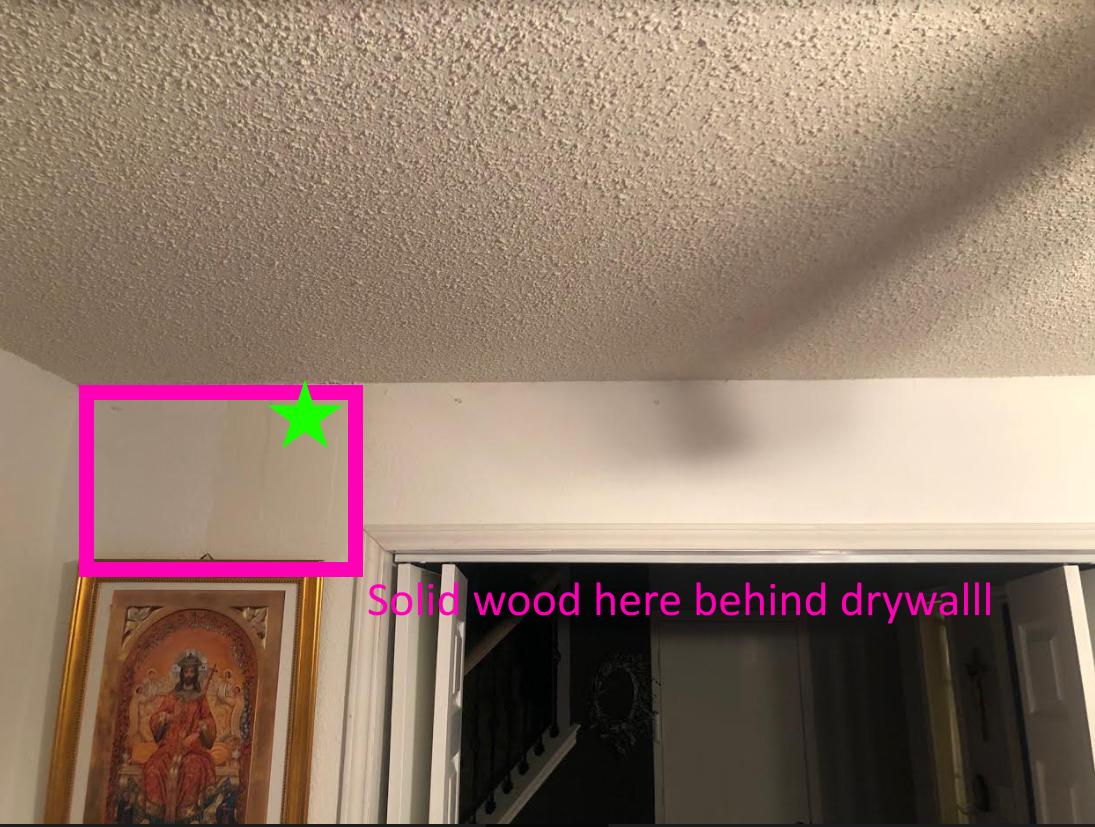 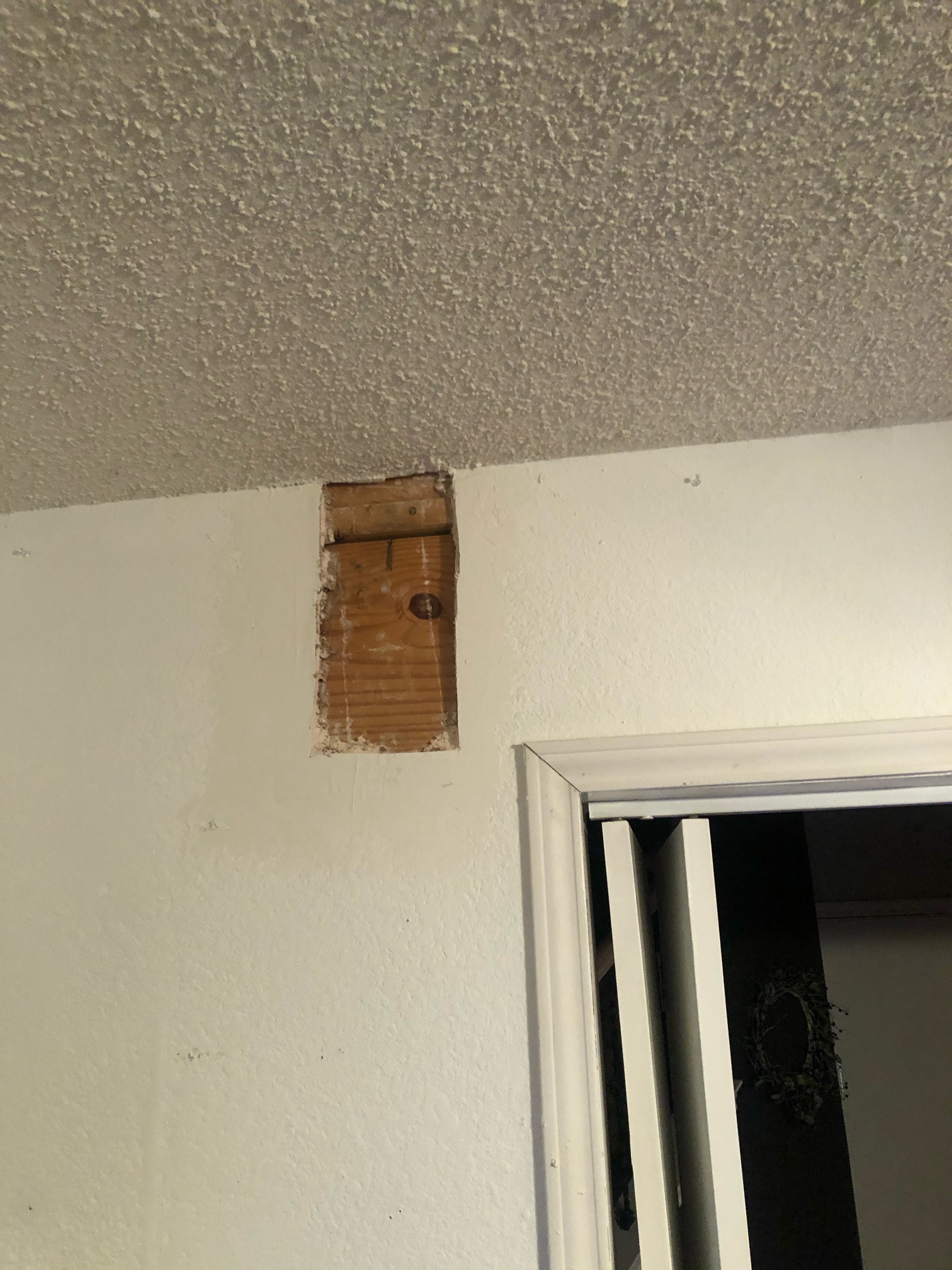 First - you have done nothing that will harm your house other than give a few bugs a raceway, but this is the 50th raceway, not the 1st.

Second - you will have to open it up from below to see what is there. You went through bottom plate and subfloor. You probably (almost definitely not) don't need a longer bit.

A few extra holes in the plates are not unsafe, so no -- you didn't harm your house.

Guessing here, but your plate+subfloor+joist height+top plate of first floor is more than 12". Get an 18" installer bit (with a hole near the tip) and use it to fish the wire. Try to make sure you end up centered in the plate below.

16
How do I run ethernet, speaker wire, and coax through a wall into a crawlspace?
33
How do I wire an old house with Cat6?
6
What should I do to level an uneven floor with a potential load bearing wall above?
1
Can I drill a small hole in a concrete beam?
2
Cosmetic plug for 3/4" hole in drywall?
1
Running Coax and CAT6 through wall
1
fishing wire from second floor to garage in first floor
1
Running cat6 through a wall