NOTE: I don't know anything about washing machines.

Whenever I see a washing machine, the installation pipes are typically on the back. See figure (a).

What I want is to rotate the washing machine 90 degrees clockwise such that is looks as in figure (b). This is because in setting (a) I would not be able to open the door because the shower is there.

To me, it would be only a matter of putting the machine in the desired position and connecting the hoses to the installation pipe but maybe there are more considerations to take into account?

There are some horizontal pipes close to the floor as shown in the picture and two pies in a vertical position (only one shown in the figure). One of the vertical pipes seems to be for the waste and the other one for the water. 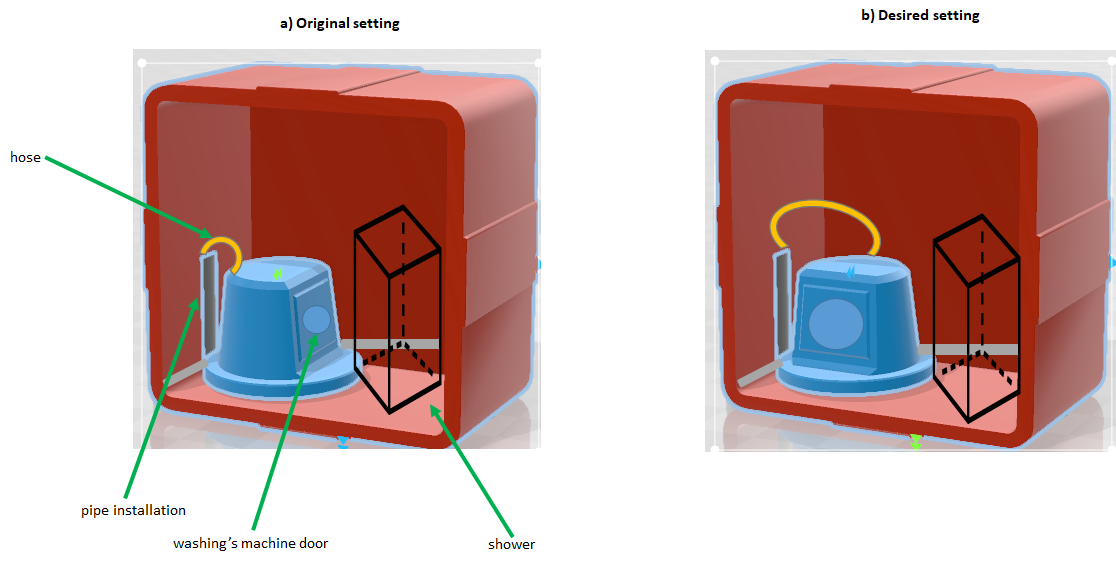 Browse other questions tagged plumbing dryer washing-machine installation or ask your own question.