How do I turn off this sprinkler valve?

We just purchased our home this summer, so I've never gone through the process of turning off the sprinklers for the winter (we're in Utah, so hard freezes are possible). The stop-and-waste valve is buried about 5 feet underground. I tried using a standard irrigation key, but to no avail. After working on it a bit with my neighbor (who sells sprinkler supplies for a living) we're stumped. I've dug down 90% of the way to valve, and ended up cutting off the PVC pipe to get a better view. Here's what I'm seeing: 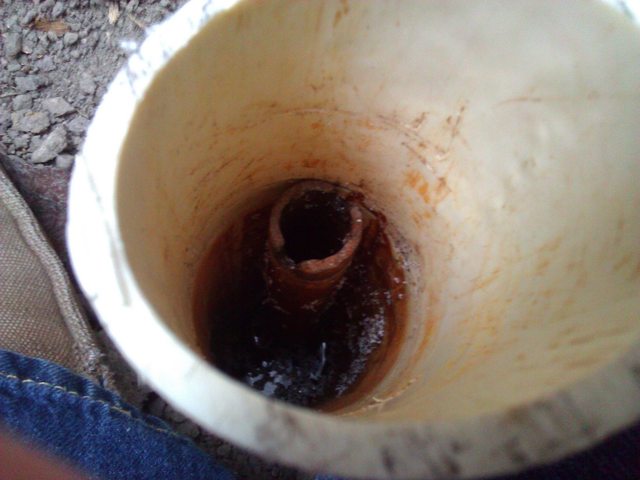 I tried sticking a pry bar between the notches in the tube there to turn it, but it's not budging, plus that's not a good long term solution, as much as I like digging holes in the snow. I'm at a loss for what to even call this, much less where to get a key for it. Another thing to note is that the tube moves back and forth 1-2 inches in one direction. Almost makes me wonder if it's some kind of adapter on top of the standard stop-and-waste key. The tube won't come up though (I tried sticking a pair of pliers in there and yanking, but it's pretty firm).

Another piece of information that might possibly be pertinent is that the home was HUD owned for about a year. I'm not sure if they go through the process of turning off the sprinklers when they winterize the home (the sprinkler valve was open when we moved in). My gut tells me no since it was already open, and also because the water was off at the street.

I'm not sure who the idiot was who put this down that hole, but it was pretty firmly lodged in there. I cut off a bit more of the PVC and was able to get my trusty pry bar in the notch and turn it. After about three quarters of a turn the stupid thing came out. And sure enough, there was a regular stop and waste down there underneath whatever the heck this is. 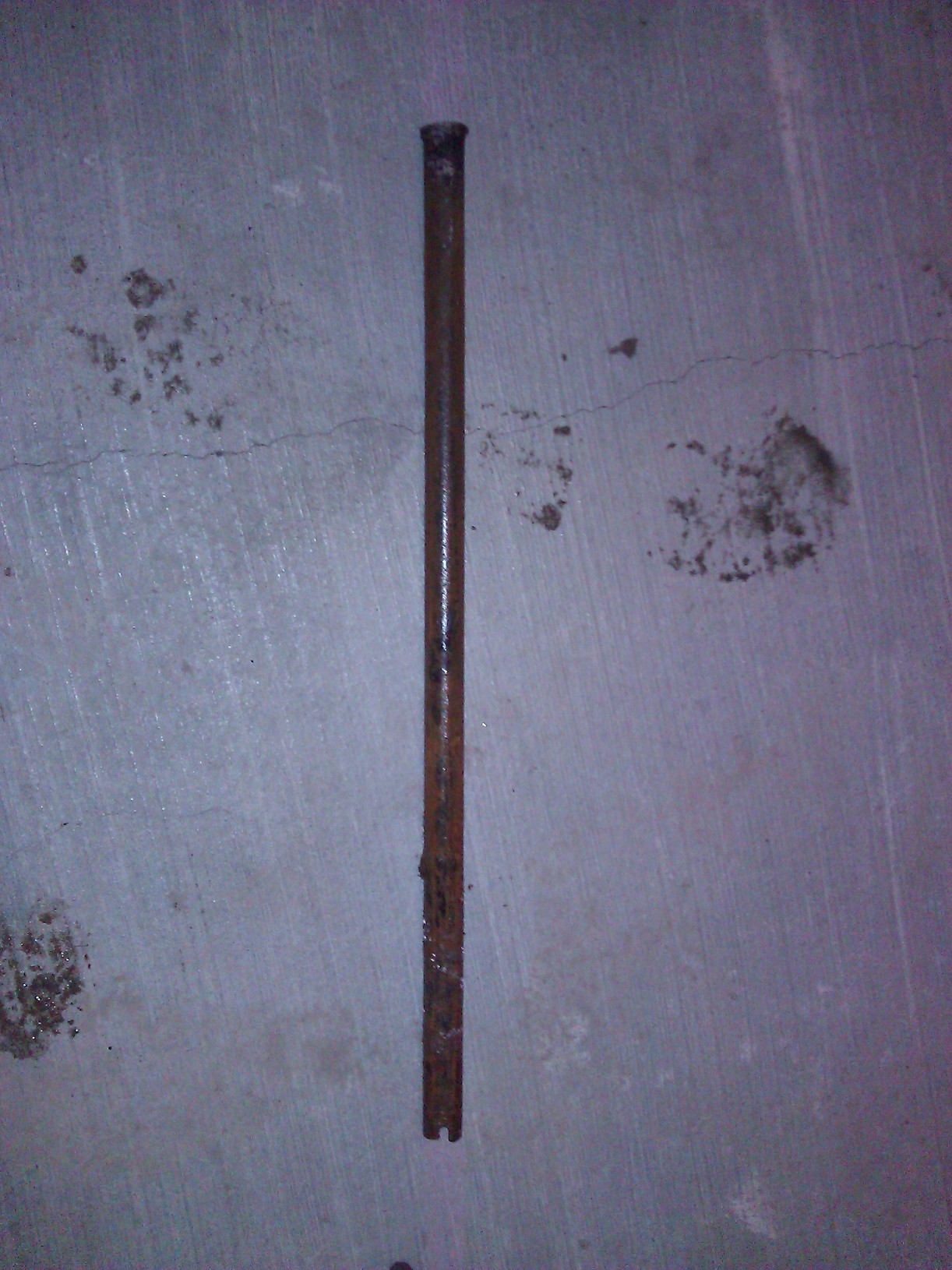 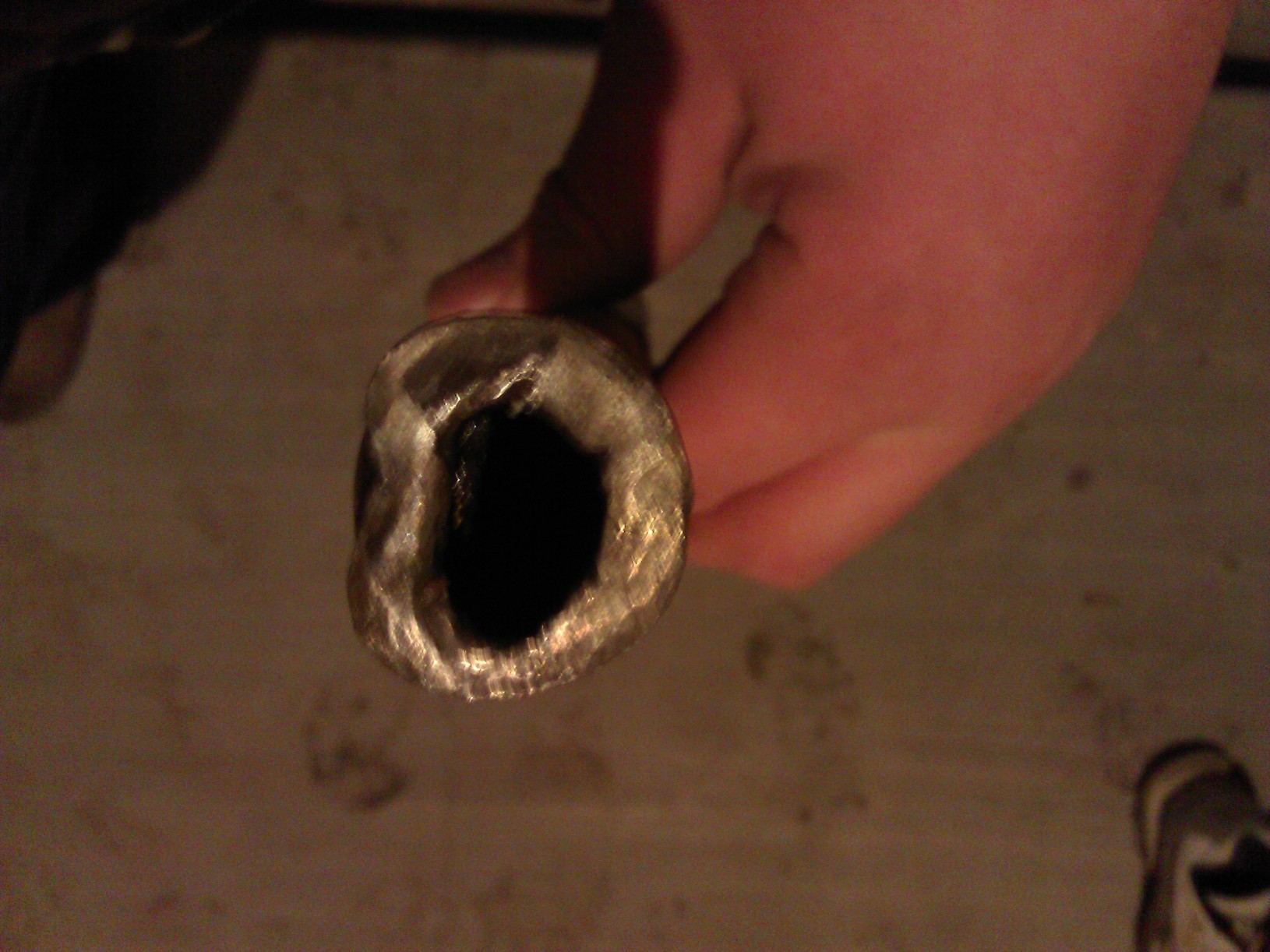 Not the answer you're looking for? Browse other questions tagged plumbing valve sprinkler-system or ask your own question.

1
Can I winterize sprinklers by running them with the water off?
3
How can I turn off this water valve?
4
Rainbird valve going on randomly
1
Winterize Sprinkler System
0
Why is my lawn sprinkler system timer on but not operating the valves?
1
Sprinkler Anti Siphon valve is leaking from cap
0
Quarter turn valve only moves when nothing connected
1
Sizing sprinkler zones for water well pump