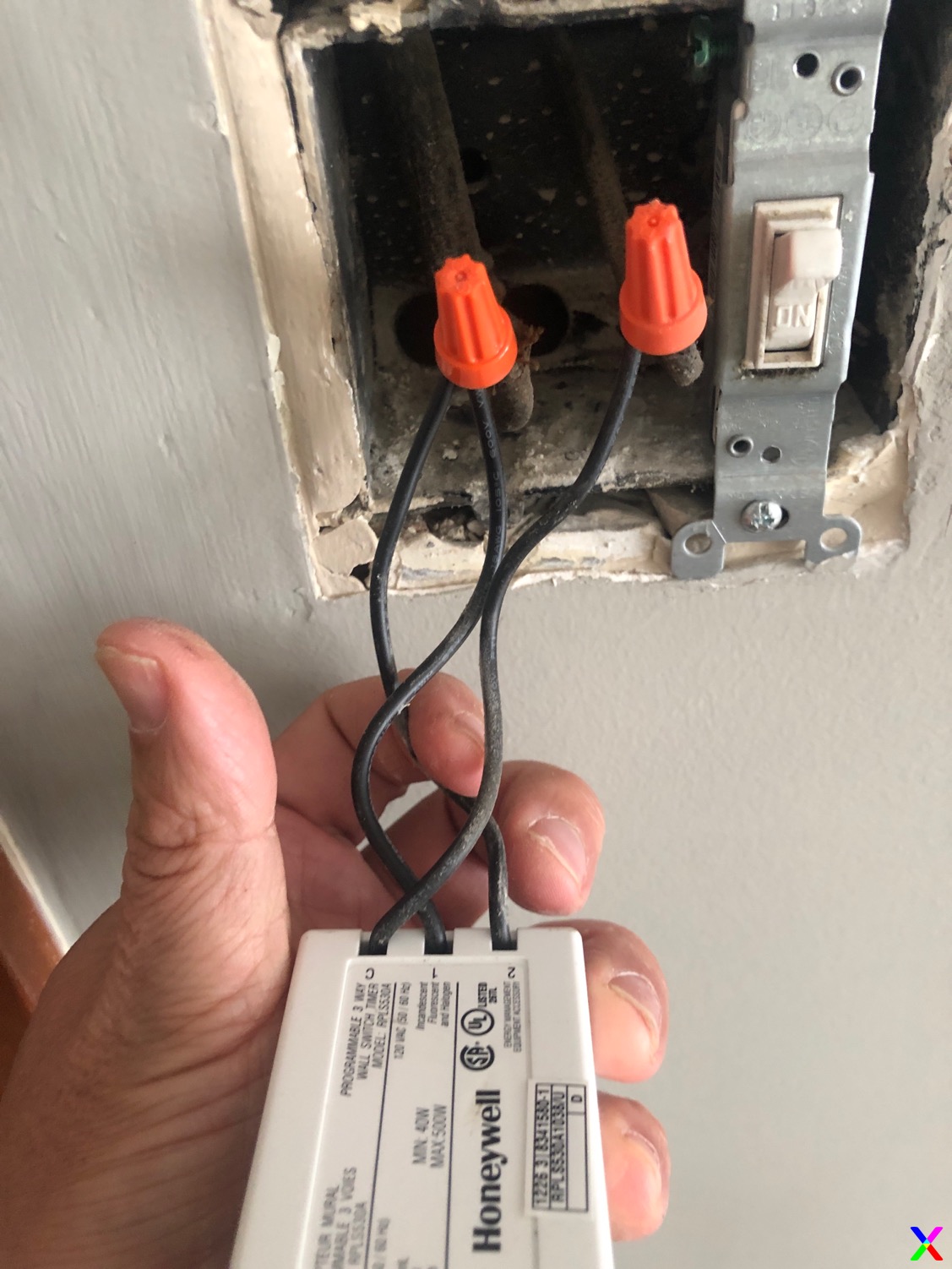 We have a Honeywell programmable light switch at the front door. The light switch can be programmed for days of the week; it's set to go on at 5pm, off at 7am, every day.

So then I'm thinking the switch itself is bad. But there are three weird things:

All of this is to say: Am I still right to assume the switch itself is bad? Or could it be the socket up there on the ceiling? Obviously, the socket issue, since it's inside an outside fixture, is more of a pain in the neck.

OK. Added a picture of how it was wired. I believe this to be original 1920s knob and tube wiring. Wondering what options I have for a switch replacement in this case, either with a programmable or even a smart/wifi outlet.

Your switch is wired up wrong

The RPLS530 does not require neutral, according to its instructions; however, yours appears to be incorrectly wired. According to the instructions, C and 2 need to be connected to the incoming hot in a single-pole setup like yours, while 1 connects to the switched-hot off to the fixture. I would expect the switch to function incorrectly in your current wiring (with 1 and 2 to always-hot and C to switched-hot); however, it does not explain your current behavior, so I would suspect the switch has failed, based on the troubleshooting you've done so far.

It appears that you have no neutral at the box

Furthermore, it appears that you have no neutral at your switch box, since I see no wires spliced through in the back of the box in your picture. This means that you'll want to go with another RPLS530A, or a similar type that does not require neutral, as your replacement switch. You'll need to obey the device's minimum load rating when you do, though; for the RPLS530A, you need to provide at least 40W of load for the switch to power up properly.

2
How do I fix a light switch timer?
2
LED bulb always flickers or doesn't turn on
0
Fluorescent light requires twist to start
0
Is there a way to use timer switchers and dimmers that were designed for incandescent bulbs with LED bulbs?
-1
LED light flickering in one socket but not others, and any other bulb works fine with the socket
0
Can an illuminated switch be made to work with LED bulbs?