Does a new water tank need to be installed at the same height as an existing one for the floats to work properly?

I'm installing a 500 gallon water tank next to an existing water tank... The existing tank holds 300 gallons and is fed by well water. This tank has a float shut off and a pump that pumps into a pressure tank and then the house. We will connect at the bottom w/ 2" PVC.

I've read that the two tanks need to be set at the same heights. Does this mean that the new 500 gallon tank will only store 300 gallons since the existing tank will shut off at that point via the float switch?

Can I raise the level of the 300 gallon tank so that it is higher than the 500 gal tank (I was thinking the 500 would store more water but now realizing that the water in this tank wont flow back to the 300). Thank you! 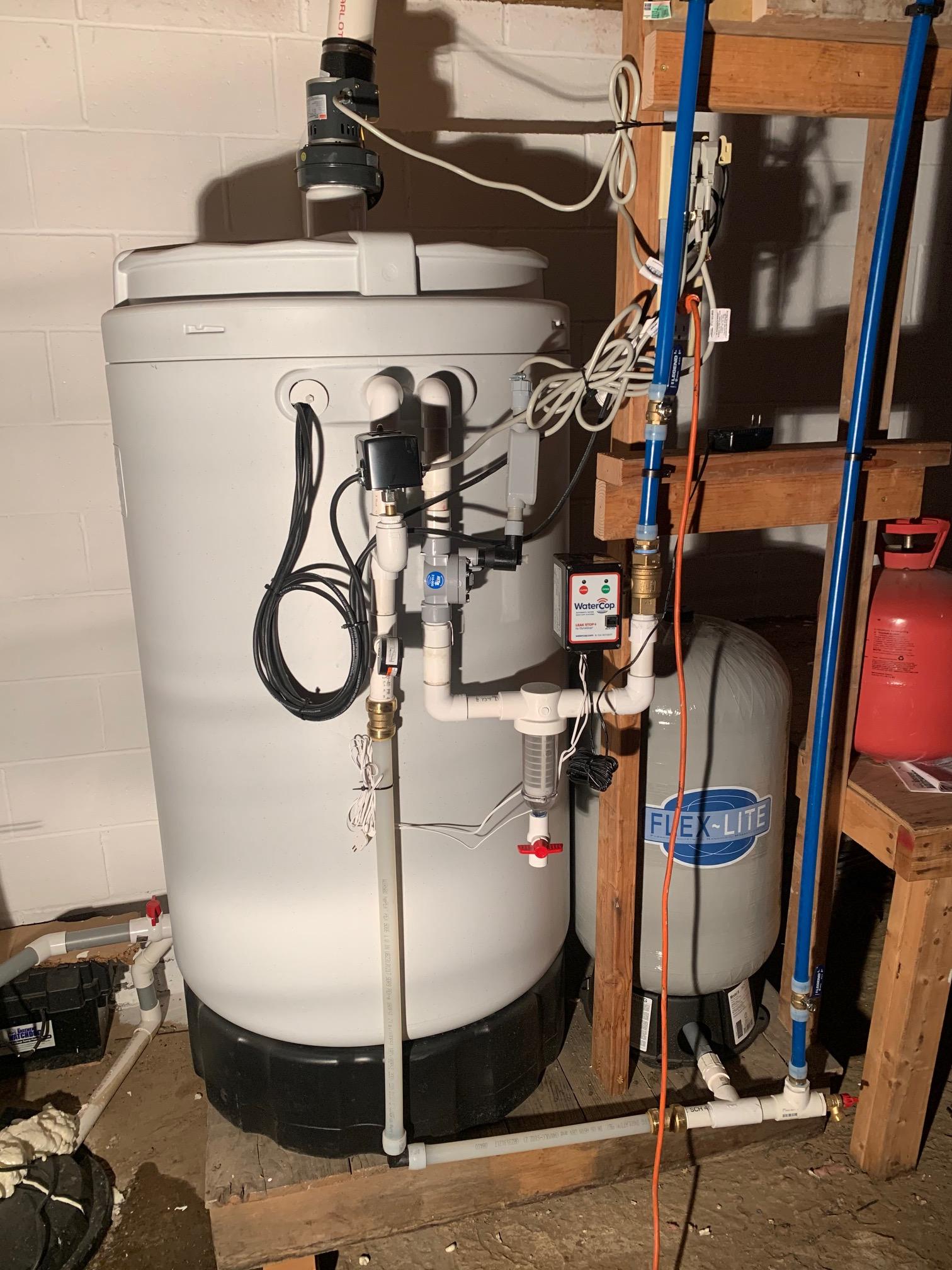 With proper valve and control setup, you can set it at whatever height you like. Level control in each tank would be independent of the other tank.

If it's just open pipes, sharing one float valve in one tank, you can't.

Of course, if the 500 gallon tank was larger diameter but the same height, that could work - you have not given specifics about those details.

If you want to elevate the 300 gallon tank, you'd move the pressure pump input to the bottom of the 500 gallon tank, so that water from the 300 would flow into the 500, with the tops of both tanks at the same level.

Not the answer you're looking for? Browse other questions tagged water water-tank or ask your own question.

0
Can I have two pressure tanks on my system?
0
Excessive Water Running Alert (Left the Hose On)
1
Does a pressure tank need to be near the water fixtures?
3
Replacing a well pressure tank
0
What Automatic Transfer Switch can switch between parallel sources without a priority setting so as to run a well pump from either of two homes?
0
Water Expansion Tank precharged at 25psi. House pressure at 70
0
Water pump that can shut down if no water from supplier
0
well pump will not fill pressure tank