Dehumidifier shuts off after a few seconds 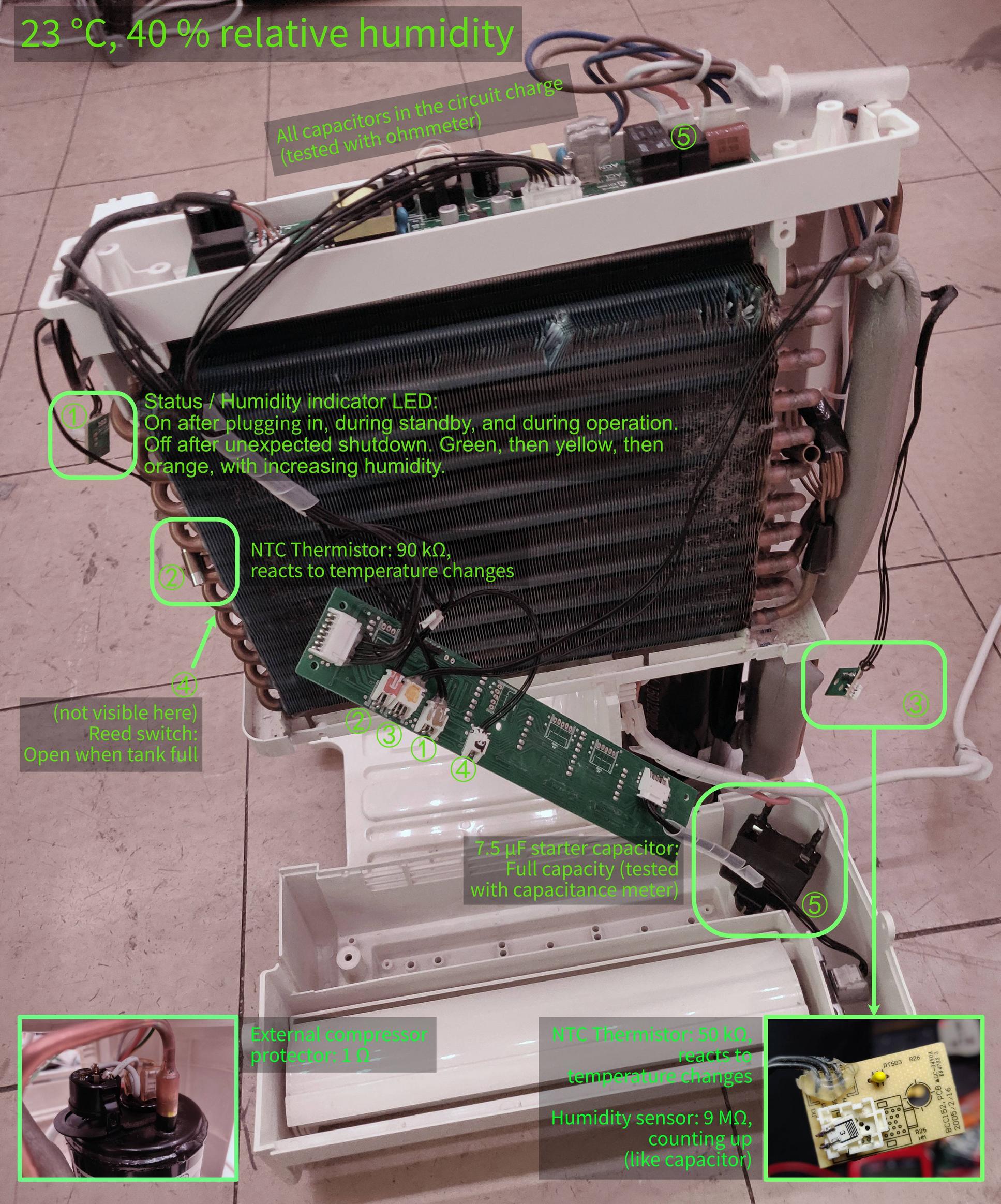 I have checked all capacitors, all sensors, and the three big relays. They all seem to be OK. The compressor turns on when I bridge the respective relay. Furthermore, I’ve tried to no avail:

What could be the issue? What else can I try?

I bought the dehumidifier used in Hong Kong. When I arrived to pick it up, the seller – an individual who is moving out of his apartment – said that he just realized that it doesn’t work anymore. In fact he had two of them, both broken. Apparently they still worked last summer. I nevertheless took one of them for a few bucks. If I cannot get it running, I’ll dump it at the recycling center around the corner.

I did search extensively for a service manual online, but couldn’t find it. The included user manual does not cover my error condition.

Update: After checking the relays, the status LED blinks green, and the dehumidifier cannot be turned on anymore. It’s possible that I inadvertently damaged the circuit when I applied voltage to the relay coils using a bench power supply. Hopefully it’s something else.

1
If our Panasonic microwave shuts off after 2 seconds, is it likely a door latch or magnetron issue?
1
Is it safe to turn off dehumidifier by switching power off
0
Reset or repair stand alone dehumidifier?
0
Dehumidifier degraded performance
0
dehumidifier not filling anymore
2
Whirlpool oven gas shuts off one second after turning on