I am repairing my bathroom subfloor which had a leak from the shower step that caused the floor to rot. So far I have demoed the shower floor and will demo the remaining bathroom floor and install completely new 5/8" plywood. It appears that not too much of the floor joist have any damage other than a single one which has visible water stains but no rotting. I want to sister another joist to this one just in case, I will do one as long as possible, end to end. My problem is as you can see from the image, the joist hanger of the original joist will hinder the new joist from having a firm connection with the beam. What is the recommended solution to this? 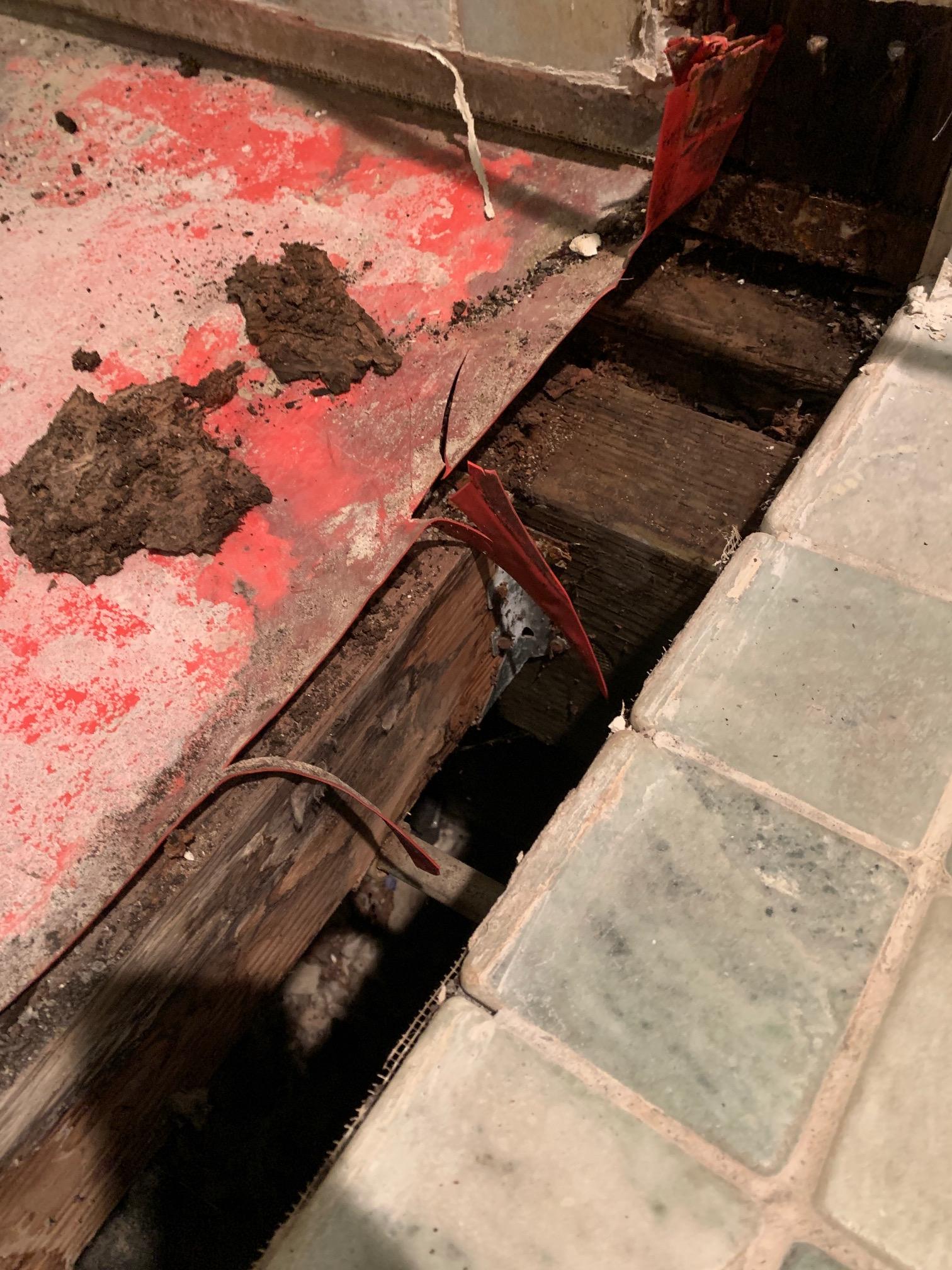 If you really feel you need to sister the joist all the way over to the beam, then I would 1) remove some more of the floor, 2) remove the existing single joist hangar and 3) replace it with a double joist hangar that will accommodate both the existing and the sister joist.

Not the answer you're looking for? Browse other questions tagged flooring construction or ask your own question.

6
How do I fit a joist in this small space?
1
What can I do about joist framing in brick pockets that is uneven and loose?
2
Is it normal for subfloor to extend under walls? If so, how can I replace it?
0
How to correct possible subfloor l/360 deflection under live load, when basement below is finished
1
Finishing Attic Floor (Joists Blocking / Insulation)
5
Joist re-enforcement instead of sister
6
Can I cut a hole in a 2“ x 8” joist that is less than 1/3 the height of the joist, leaves at least 2“ above and below the hole, but is 10” wide?
1
Repair bottom plate rot in bathroom interior wall
2
Sistering a damaged joist with 2 smaller pieces of wood
1
What should be done to check the capacity of a 100+ year old wooden floor joist?