I have an old Sylvania breaker panel. There is one slot left and I'd like to run a 20 Amp circuit for a few outlets. I don't know which breaker fits the panel. Can you suggest ? Thanks in advance. 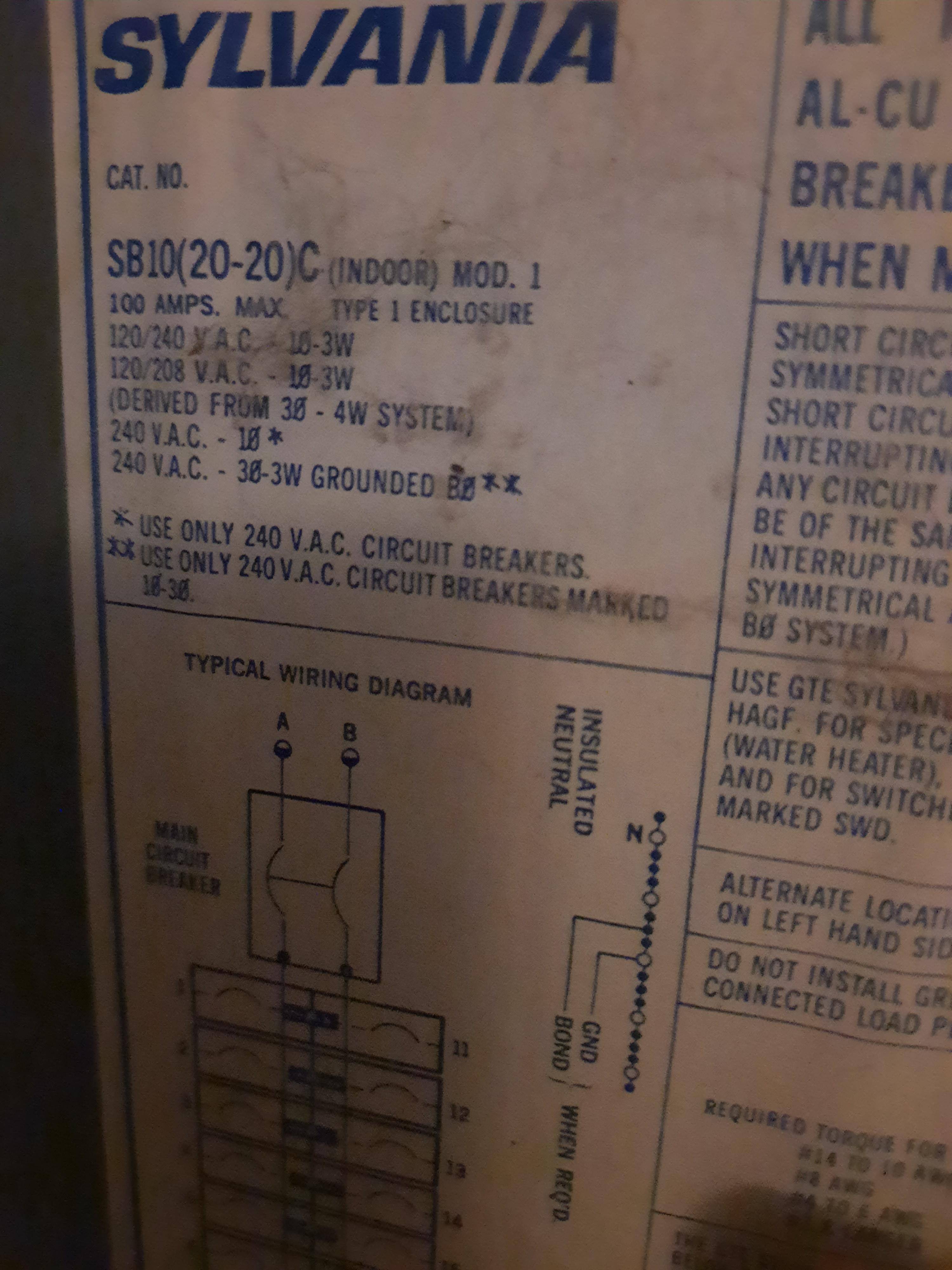 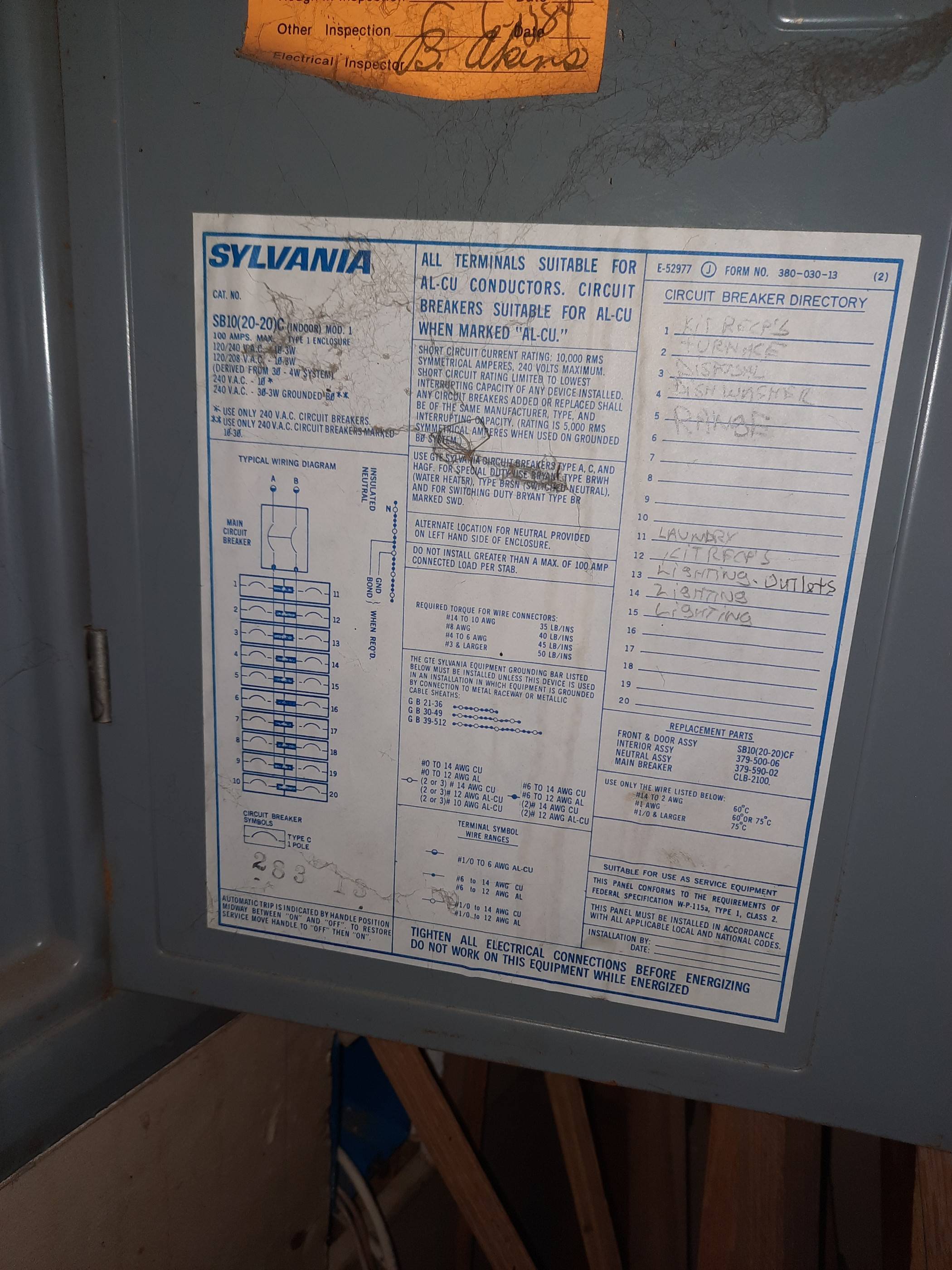 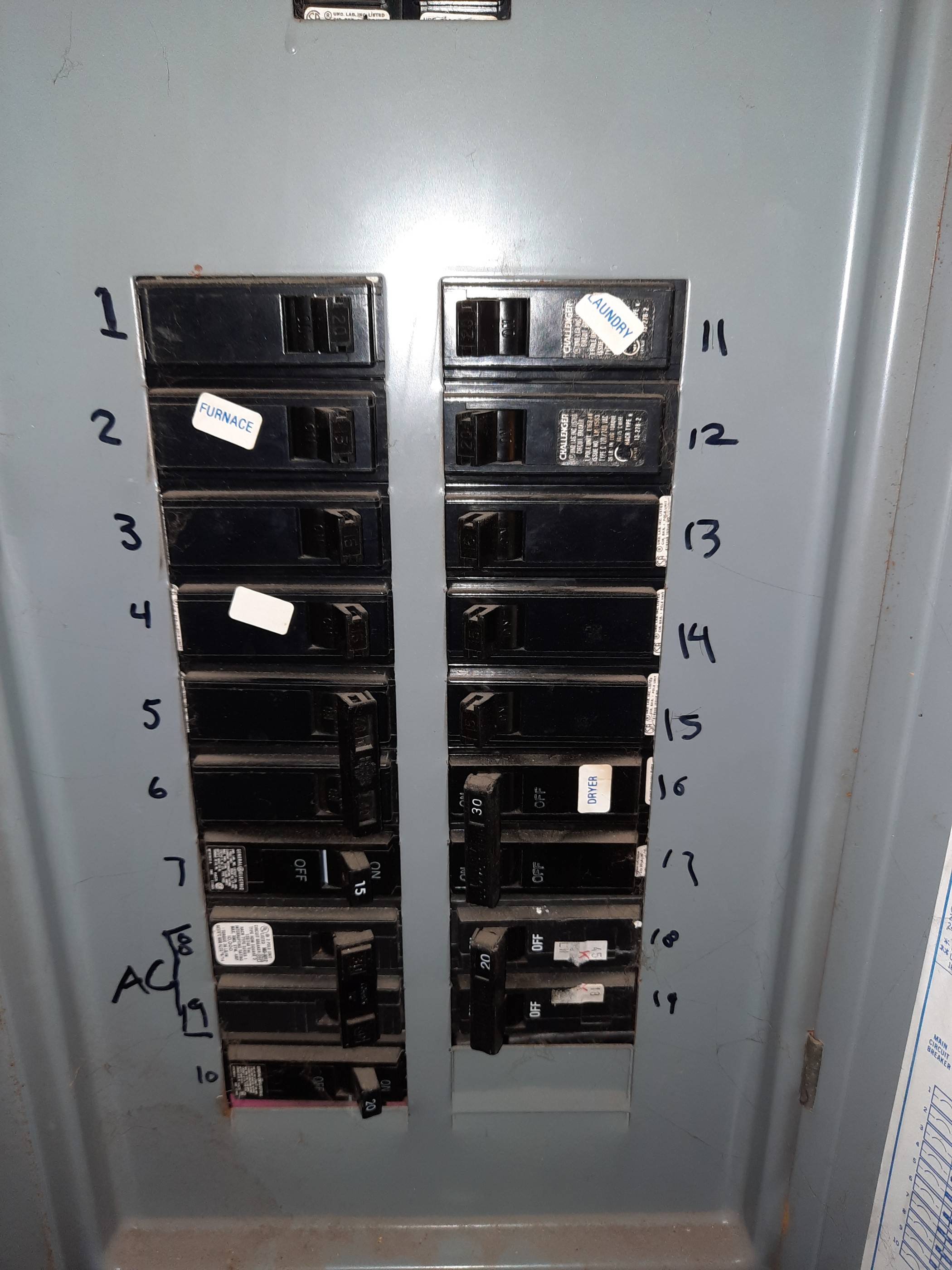 If you look in the third box down of the center column of your panel's labeling, it describes exactly what breakers you're allowed to put in it. The difficulty here is that all the companies mentioned are out of business -- but before they died, they sold their breaker lines to other companies, so while the original companies don't exist, the breaker lines still do. Your panel is listed as accepting Type C breakers (which originally were Challenger brand), and Type BR breakers (originally Bryant) if they're rated for switch duty (SWD), which all new ones are.

Today, Eaton makes breakers that are compatible with this panel, as they now own both the Challenger and Bryant panel lines. Eaton Type BR breakers are also listed as Type C, so they are completely compatible with your panel's labeling. It's also a modern, fully-supported breaker line, so you can easily get AFCI, GFCI, and other newer breaker types as needed.

A basic Type BR/Type C 20 A breaker looks like this (via Lowes): 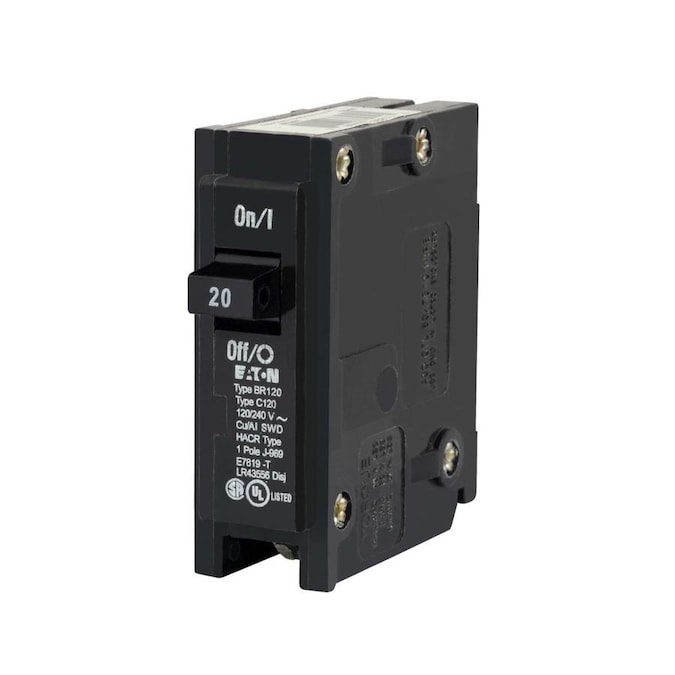 Original Challenger Breakers Are A Problem

I notice your panel has some original Challenger brand breakers in it. These breakers have proven to be unsafe over the years, and have caused many fires. As such, it's highly recommended that you replace them with Bryant or Eaton breakers, which do not have that problem. See here for more information.

4
Using a 30-amp tandem circuit breaker for a 120/240v circuit?
1
Can you put a small breaker panel after a 30 amp breaker from main panel in the house?
3
Can I add a 240v outlet inline with a sub-panel supply circuit?
0
Change my 220v 50 amp breaker to 70 amp on existing wiring to pool panel
2
20 amp circuit breaker trips after using 15 amp miter saw
2
What type of Circuit Breaker is required for this slot?
1
Replace Circuit Breaker on Split Bus Panel
8
Can I add a breaker to my main disconnect panel?
0
Can I put a 60 amp breaker in my sub panel that also runs ona 60 amp breaker from main panel
1
Help identify this breaker panel config