Do we need a electrical sub-panel?

We recently bought a 1950s 1700 square foot house with 3 bedrooms and 2 bathrooms, and a largely unfinished basement. We want to renovate the basement into a modern main bedroom/bathroom suite.

We have 200 Amp service with a recently updated panel that has 20 slots. We also want to use this opportunity to update the electrical wiring in other parts of the house, including the kitchen, which we want to renovate down the road. However, I'm having a hard time coming up with a plan that allows us to fit everything we want on the existing panel.

Are there circuits that we can combine in the following plan? Or should we just bite the bullet and have a sub-panel installed? Similarly, on the current plan, are there combined circuits that really should't be combined? We have done quite a bit of research to ensure that this will meet current code.

Also, I welcome any other feedback. Thanks very much for any assistance! 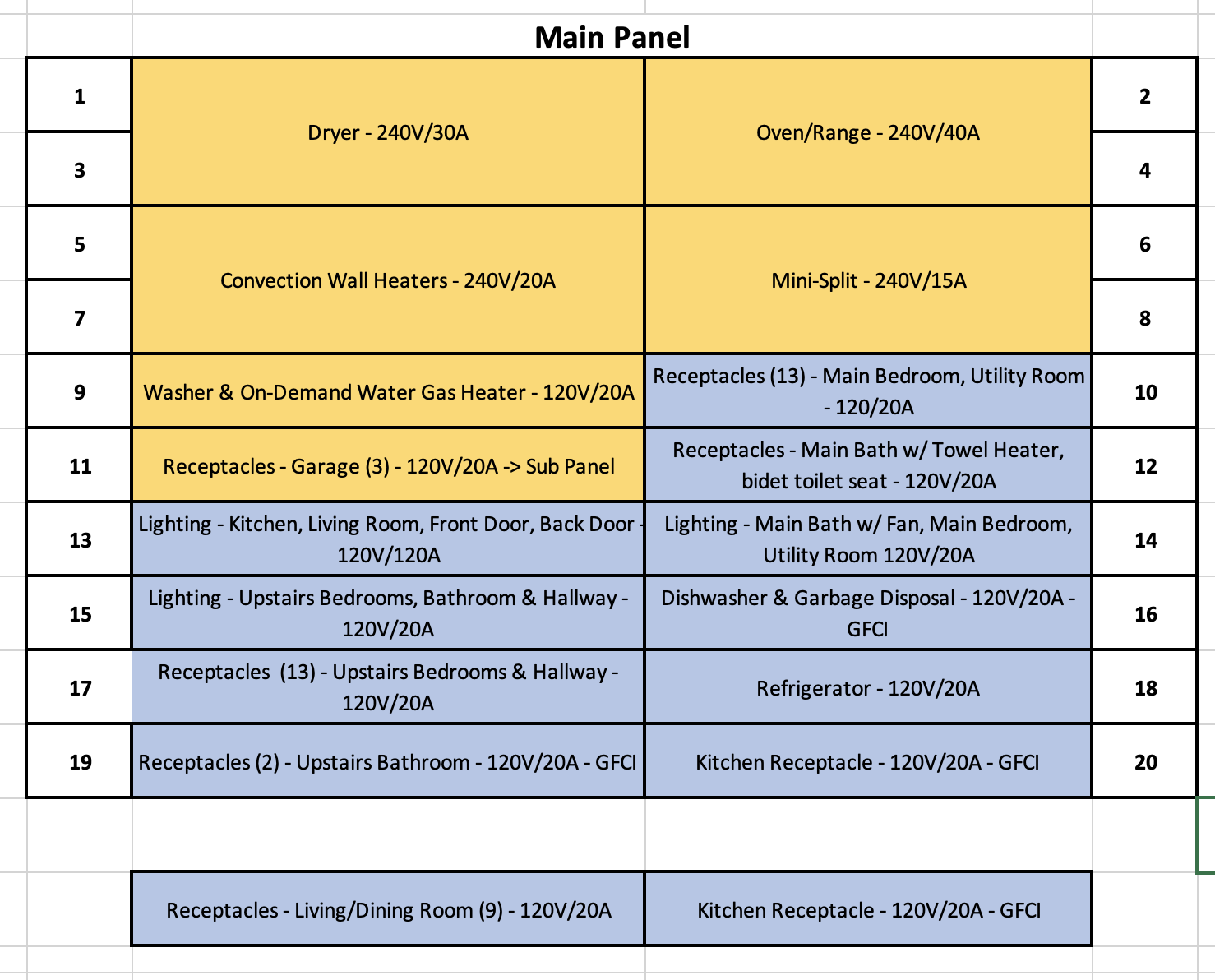 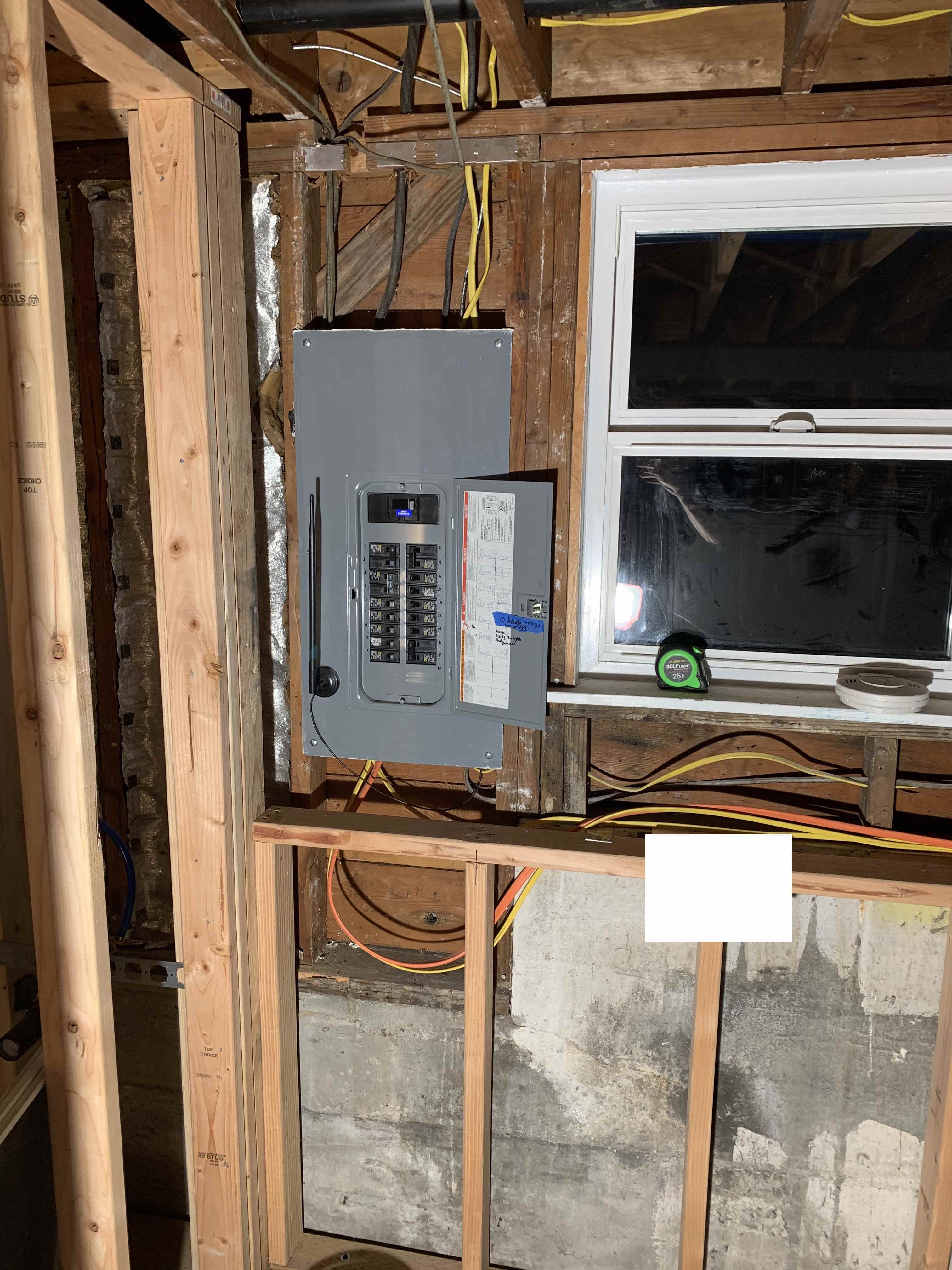 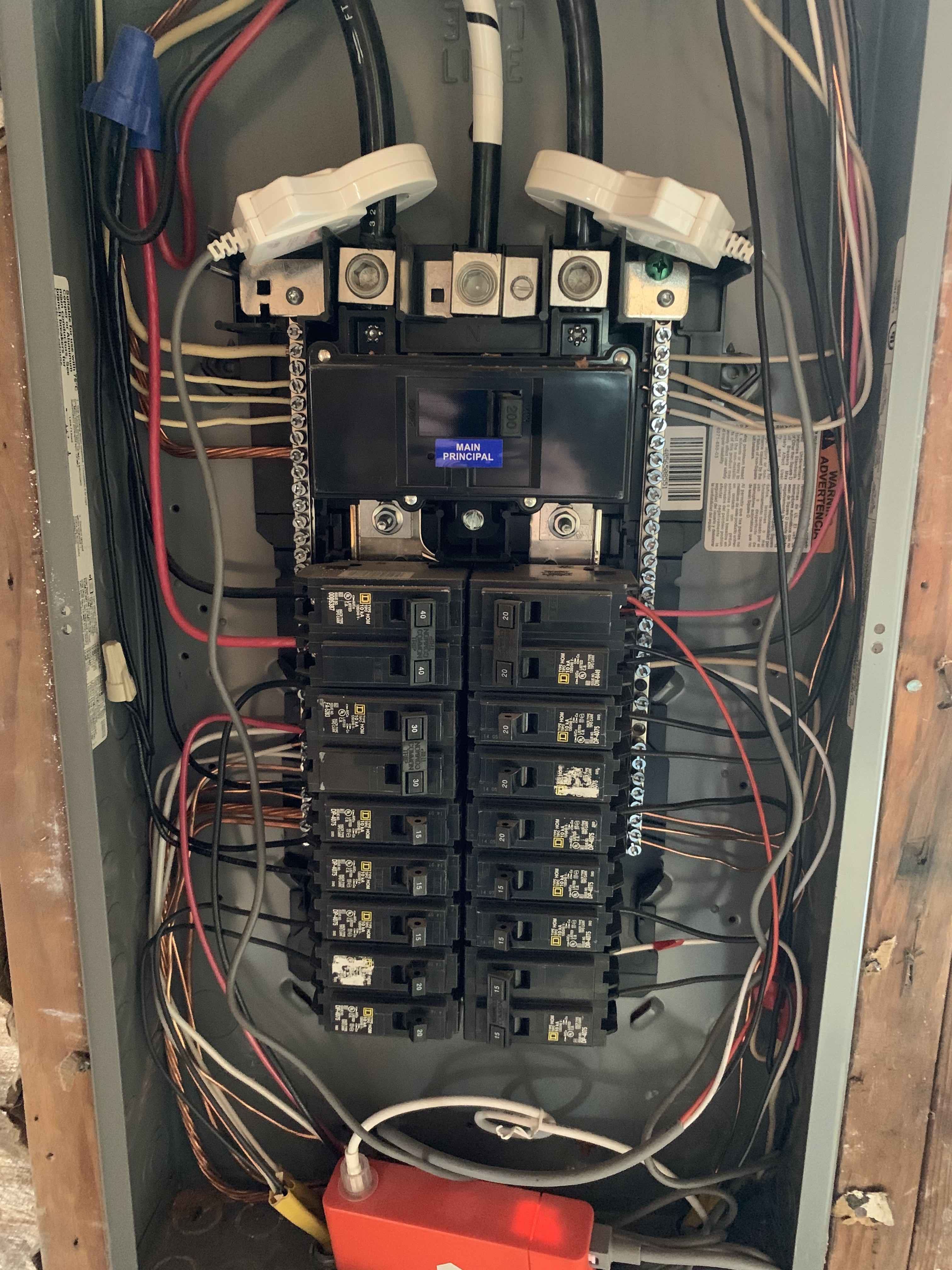 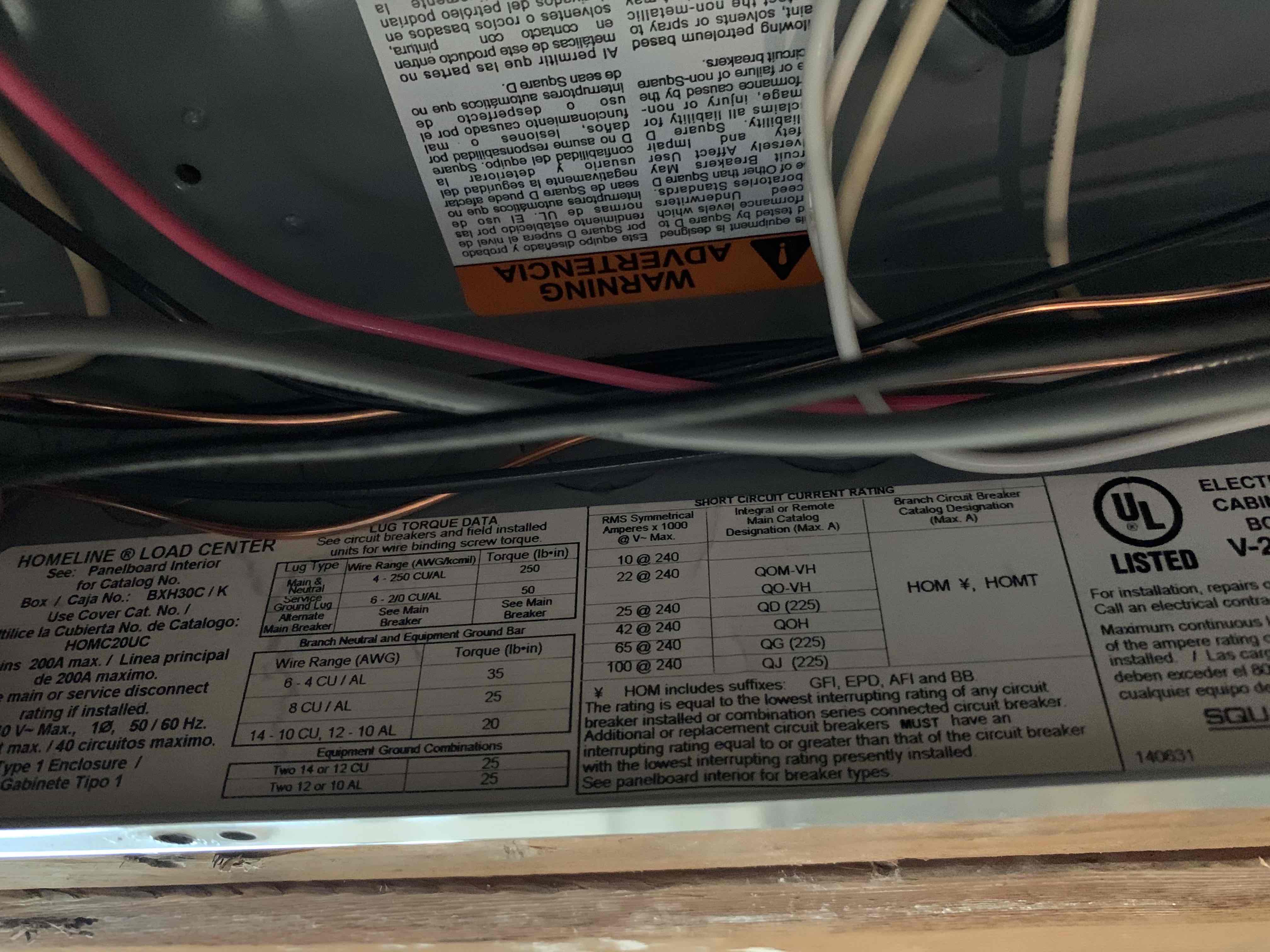 You have enough room to get what you want, but nothing more than that

The good news is that your panel can accept double-stuff (tandem/quadruplex) breakers at all positions, which means you can free up just enough room for the two new circuits in your panel and a feeder to a subpanel, but nothing more without compromising your ability to retrofit AFCI protection into your panel.

I would start by getting a HOMT230240 to put in spaces 5 and 7; this consolidates your range and dryer circuits into those two spaces, replacing the HOM240 and HOM230 that currently serve them. We then move onto the wall heater and heat pump (mini-split) circuits, which get moved onto a HOMT215220 in spaces 1 and 3 to replace the existing HOM220 and HOM215, respectively. This leaves spaces 2, 4, 16, and 19 open for the four new branch circuits you have planned; once those are in, you can put up to a 125A feeder in, with the feeder breaker on spaces 18 and 20 in the panel.

The bad news, though, is that extra framing furring out from the block wall the panel's mounted on already violates Code. In particular, it infringes on the clear working area in front of the panel required by NEC 110.26(A); as a result, you'll need to either trim that frame back so you have a 30" wide space in front of the panel clear of errant framing bits or other obstructions, or frame up from the low wall to provide a bay to mount the panel into, then move the entire panel forward into the new bay.

(If you need a visual aid, think of a fridge-sized box in front of the panel that needs to be kept absolutely clear of fixtures, obstacles, tripping hazards, and so on.)

Worse yet, the original builder didn't foresee this coming

The other problem with your situation is that your panel was mounted in a spot that while legal modulo the knee-wall, is not wise. You see, multiple pieces of electrical equipment are permitted to share a single 30" "bay" of clear working space, but the window and perpendicular wall in your picture are both rather awkwardly placed, making it rather impossible to get a second panel into that space, especially with the transition from frame to block involved. Worse yet, while you theoretically could put the panel in the frame wall around the corner, that's practically a no-go due to the corner framing at the end of that wall blocking any effort to run wiring through it.

So, when you do put the subpanel in, you'll have to find room somewhere else for it. This is further aggravated by the fact conduits fat enough for fat feeders don't fit well into 2x4 stud walls, which means you'll be stuck pulling a 4-wire SER cable over for the feeder instead. The good news is that since you're constrained to a 125A feeder breaker by panel spaces, you can pull a 1/0-1/0-1/0-2 Al SER cable and have it be good enough for a reasonably sized subpanel installation, with a 24-space or 30-space, 125A, main lug panel fed from the feeder breaker in the main panel.

Many manufacturers make tandem breakers that take up a single slot but provide two independent circuits (or take up two slots and provide 2 120V and 1 240V circuit). 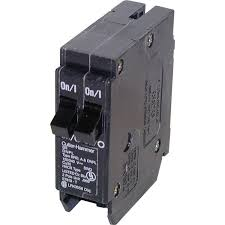 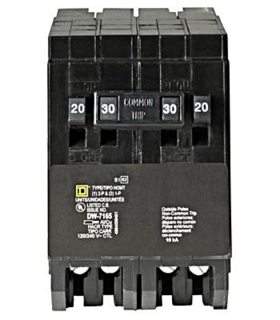 Whether this is practical in your case depends on several things:

You'd also have to consider cost compared to a subpanel or even just replacing the entire panel with something bigger.

Not the answer you're looking for? Browse other questions tagged electrical electrical-panel renovation or ask your own question.

2
Can I move the electric breaker panel a little, and put in smaller closet?
7
Rewiring house and replacing breaker panel. Wiring layout and breaker selections
4
Can a sub-panel have a larger main breaker than the feeder breaker in the main panel?
4
Options for installing sub-panel
3
Should I put in a sub-panel to add breakers to an older home?
1
Panel labeling conventions
10
Are there safety concerns or code violations with my garage sub-panel?
0
Future proofing sub panel: wire size considerations
4
Electrical - Conflicting opinions on sub-panel upgrade
1
Installing a new 100 amp service panel for a new basement suite in a house serviced by 200amp