Any reason not to put a structured wiring enclosure directly next to the house main breaker box?

I'm adding CAT6 networking to my house for higher speeds plus some POE cameras. I want to put the cable modem, switch and camera DVR in a metal structured wiring enclosure. The best place is the the gap between the studs next to the main breaker box so the enclosure and breaker box would share a stud. I've checked and there's no physical reason I couldn't install the enclosure there.

Are there any reasons not to put electronic/networking devices directly next to (separated by a stud) the main breaker box? Interference? Code?

You are going to be blocking off (what sounds like) a whole side of your breaker box from access. That can come back to bite when you need to add something later, and really wish that the other box was in the next stud bay leaving an open stud bay, rather than sharing a stud with the electrical box.

This isn't a full Answer, but it's not a comment either.

If the cable modem is your WAP, then the box could reduce your signal to nearly, or actually, nothing. Also, putting a modem in an enclosure is generally a bad thing.

A former landlord of mine kept theirs in a cabinet, like for plates and cups, and it routinely got too hot and fried itself. Not only was this a reliability issue on the normal week, but they had to replace it nearly yearly.

I don't think interference is a big thing for the modem, but I know running the ethernet in parallel with 120v can definitely cause problems, which is what you'd be doing coming out of the box. YMMV.

I don't think there would be a code violation, but I don't know Code either.

Another consideration is your mention of Power over Ethernet, coded under 802.3af

Switches for POE tend to have higher power requirements than the same switch in a non-POE format, and are even less happy about being closed into a box than regular switches.

Personally I installed a floor mounted server rack in the garage, but they're not small. If you don't need the depth of servers, you can get switching racks which hang off the wall, with swing hinges front and rear. These racks take normal 19" wide switches and patch panels.

If you mount the rack such there is space on top, then a wireless AP can live on top and still get acceptable wireless range. However consider the risk of head-strike when walking around the garage. 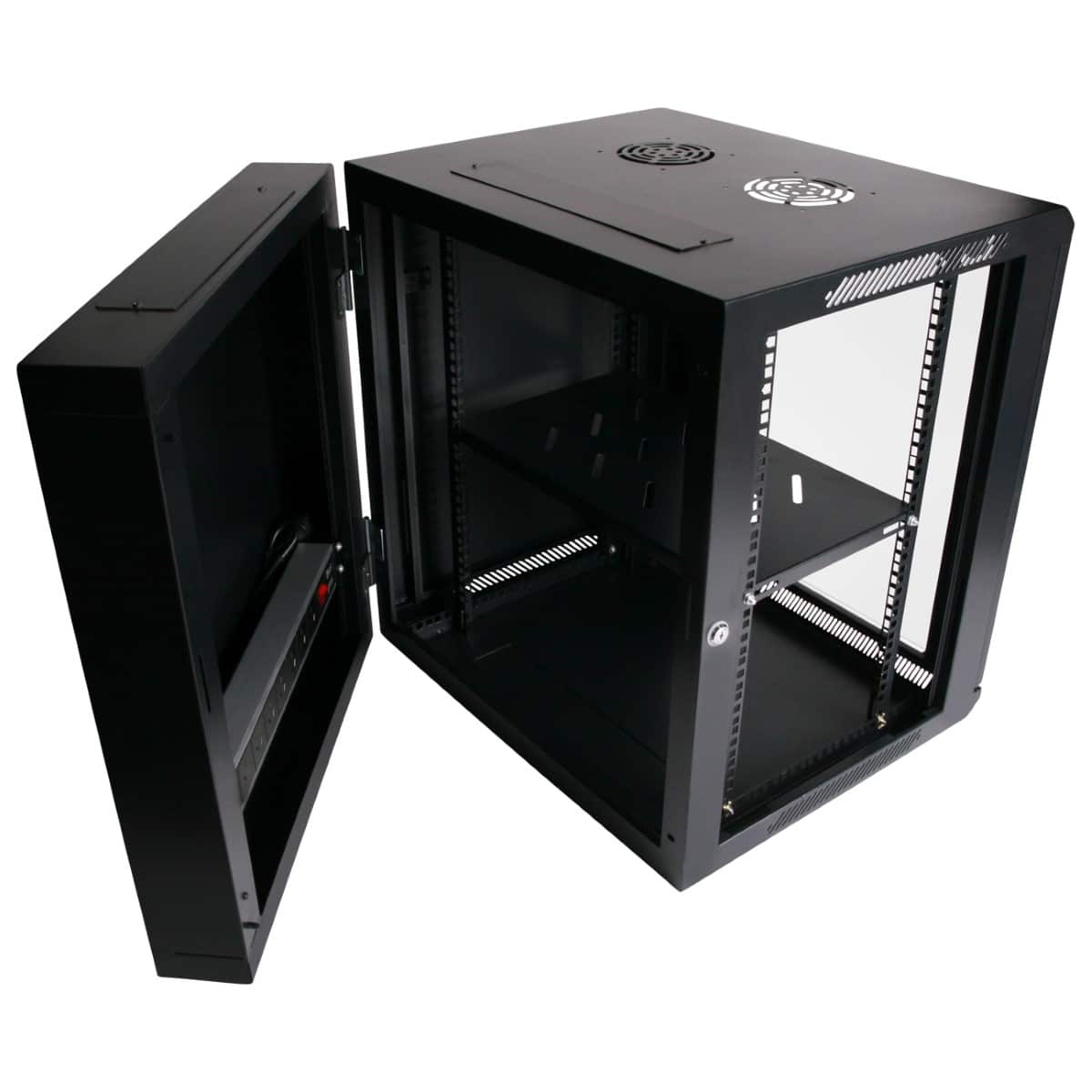 In addition to the above, you want to keep each of your low voltage wires at least 12 inches away from powered wires and putting the structured media box next to your electrical panel will just cause major interference and reduce the quality of transmission.

Instead of cat6 quality, you might get a slumbering cat... (Weak wire humor attempted).

Also you may need the space for adding hubs for expansion stuff we don't even know exists yet in the future or adding new features in the future. Google "structured wiring design manual".

8
Any reason not to ground the sheathing of MX wire?
3
Circuit breaker not accessible
2
Can a main breaker box be bonded at the meter box?
5
Any reason not to leave unused breaker in the panel?
2
Where is the Main Shutoff my Cutler-Hammer Breaker Box?
2
How can I use the existing structured wiring panel to get internet throughout my house?
3
Circuit Not on Any Breaker, but Off with Main Breaker
0
Wiring a subpanel next to main in finished wall
1
How should a sub panel be grounded if next to the main breaker?
4
I do not have a main breaker in my breaker box