We fairly recently bought a c. 1907 house with a mess of wiring, some probably dating back to the 1940s. (In Canada, so 120 V.) Most of the circuits have no ground wire. I was trying to install a GFCI outlet in place of a junction box near the panel in the basement on circuit 1 to install three-prong outlets in a few rooms. I opened the breaker on circuit 1; that stopped power coming in from the line cable (towards the service panel). However, there was power coming in from the load side (120 V on my multimeter).

I found that opening the breaker on another circuit, circuit 2, shut off the power from the load side on circuit 1. I assume this means that circuits 1 and 2 connect somewhere downstream. With both circuits off, I installed the GFCI outlet near the panel on circuit 1, but it wouldn't reset; presumably this is because there's an alternate path in the circuit through circuit 2, and the GFCI is correctly recognizing that it's not protecting anything.

My question: is this a dangerous situation that I should call in an electrician to carefully trace and fix (which may well involve tearing out some walls which may have lead paint, etc), or is the apparent connection between circuits 1 and 2 probably safe (as long as I open both breakers whenever working on either circuit!)?

Circuits 1 and 2 are each 15 amp circuits; each powers lights and plugs in several different rooms scattered fairly randomly around the house. I assume we can't exceed 15 amps between the two circuits, which shouldn't be a problem.

This is answered below; it's a multi-wire branch circuit. But for completeness, editing with images as requested.

Here are the breakers, with the ones for circuits 1 and 2 (as described above) labeled. I don't have photos with the cover off and don't think I need to take it off to answer this question. 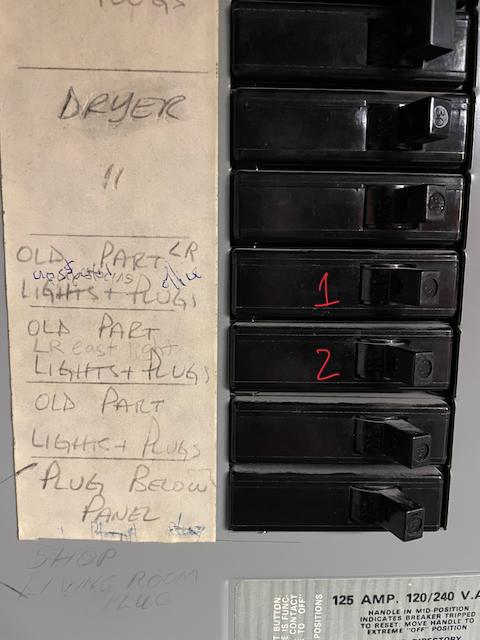 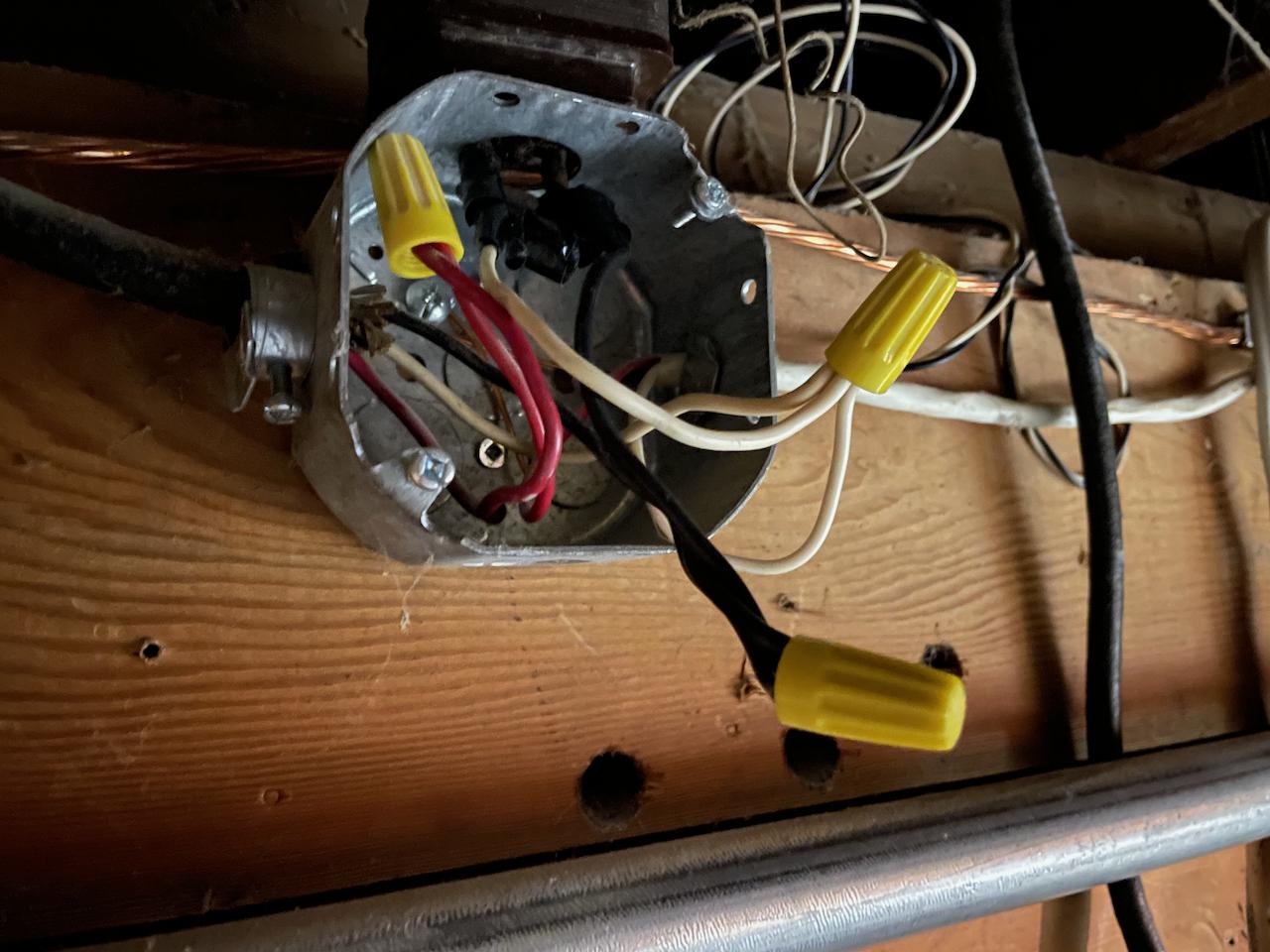 Here is the service panel and junction box, with the cable going to the junction marked in red. 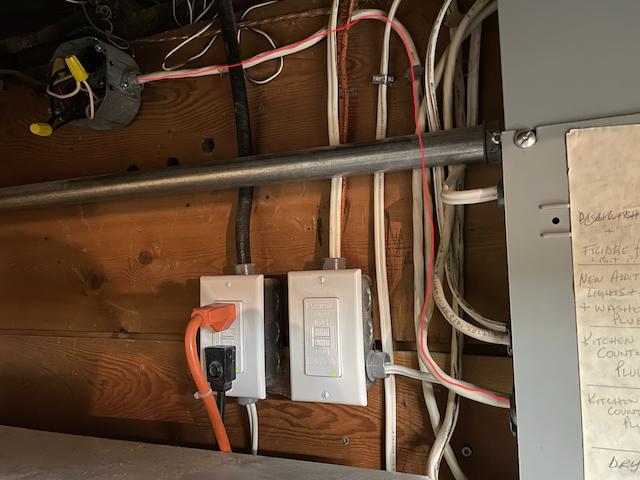 Because you are doing something you should not be doing: You are interrupting the neutral wire for the other half of the MWBC.

On a MWBC, you are not allowed to route the neutral through a device. So for instance you should have found neutral pigtailed to the existing receptacle. You may have thought "well that's silly, GFCIs can take 2 wires on their LINE screws using screw-and-clamp... why don't we just eliminate that completely irrelvant pigtail?" ZAP... that's why.

Neutral must remain intact even if a device is removed, e.g. if you need to change a receptacle.

Note that if an MWBC's shared neutral continues onward from any particular box, you will not be using the "Load" terminals on any GFCI receptacle you install there. If your GFCI is monitoring L1-neutral to assure flows are equal, then any current flow on L2-neutral will cause neutral to be unequal.

2
How can I convert a 240V dryer outlet to two branch circuits?
12
Is it acceptable to have two circuits with a shared hot but different neutrals?
0
Double-pole, 240-Volt, 15 Amp GFCI circuit breaker to create two 15amp 120 circuits for switched split receptacles
0
Can I do two circuits on 12/3 and still have GFCI?
0
GFCI's on BLACK/RED dual 15-amp circuits
0
Tester shows Circuit wired correctly but GFCI Trips under smallest load
4
Electrical Wiring - New Circuits (Added pics)
1
How to connect 3-wire appliance to 4-wire junction box