How to remedy noisy air ducts?

I have forced air extraction with a duct running through one classroom then a second. The classroom which is ducted closer to the fan receives much greater air flow through its vents. 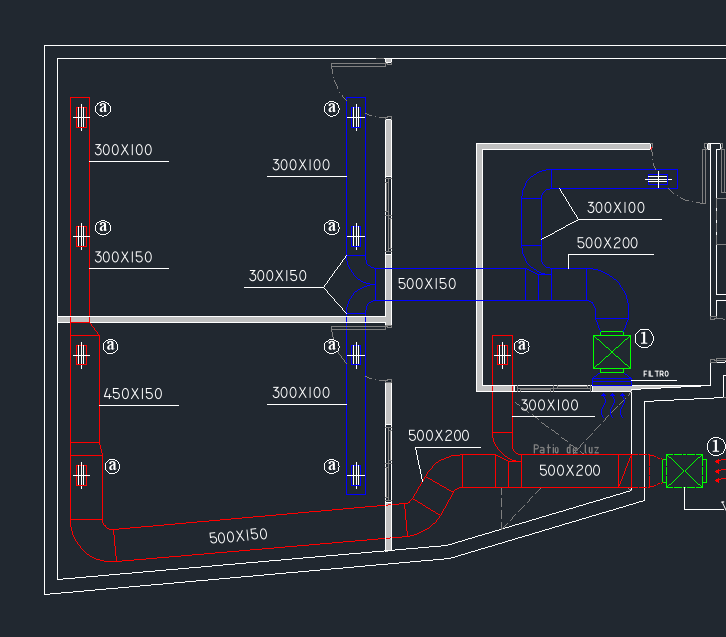 To combat this we have to use airflow regulators- basically metal shutters- to restrict the airflow in vents 1 and 2 in order that 3 and 4 receive flow. As these are classrooms a fairly powerful motor is used to renew the air around 15 times per hour so this is rather noisy with a horrible whistling noise.

In this photo you can see vents 3 and 4 with 1 and 2 behind that wall. 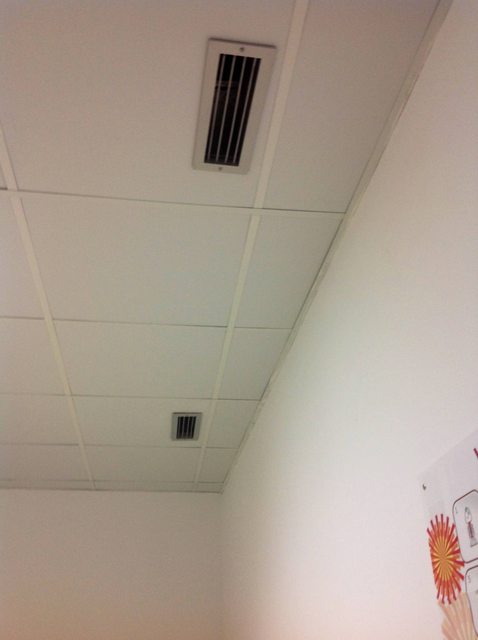 I have spoken with a ventilation contractor who says having larger vents would alleviate the problem but I imagine I would still need to close large vents in 1 and 2 as much as with the smaller vents and the noise would persist. In all honesty I have had a poor experience in general with ventilation contractors so I don't want to waste more money.

I would appreciate advice and imagine this is a fairly typical scenario. I hope so at least. :)

One option would be to reconfigure the ducts so that there's an independent run for each classroom, joining into a trunk just before the fan. This way you could use dampers in each duct run to balance the airflow between rooms. If you keep the dampers far away from the registers, you can minimize the effect of the turbulence (and associated noise) from the dampers.

Not the answer you're looking for? Browse other questions tagged vent ventilation ducts or ask your own question.

3
How can I improve air flow in my basement?
0
Quieting cold air return vent
1
How can I improve my ventilation throughout my house?
2
HVAC supply vent noise: how to eliminate the whistling wind tunnel?
1
How should I fasten air exchanger ducts to unit?
2
Best type of fan for sucking air through a small hole?
1
Return air balancing