How do I deal with vapour barrier for central vac inlets in exterior walls?

I'm retrofitting a central vac system, and it will be easiest to put a couple of the inlets in the exterior wall between the garage and the house (the vacuum itself is going in the garage). One benefit of this is I have relatively easy access to the wall from the outside, since I can remove the drywall in the garage.

The inlets I'm using are "Electra valves", which means they have 120V power via a pigtail connection, in addition to the low-voltage signal wire. The box is not an enclosed box, 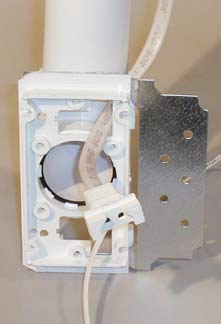 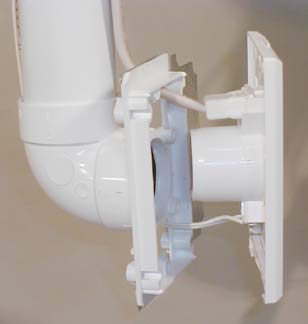 What should I do with the vapour barrier? I am thinking to just form a small pocket around this whole thing, and then tape up the holes where the wires go through, and tape around the 2" suction line. Good idea, bad idea?

While I could locate these on interior walls, it is much less convenient, as I have to come in through the basement and route around some existing pipes, wiring and vents -- I will end up having several elbows and several extra feet of piping (both things you want to minimize in vac systems), and the resulting inlet placement is no better or worse than if I do the exterior wall. 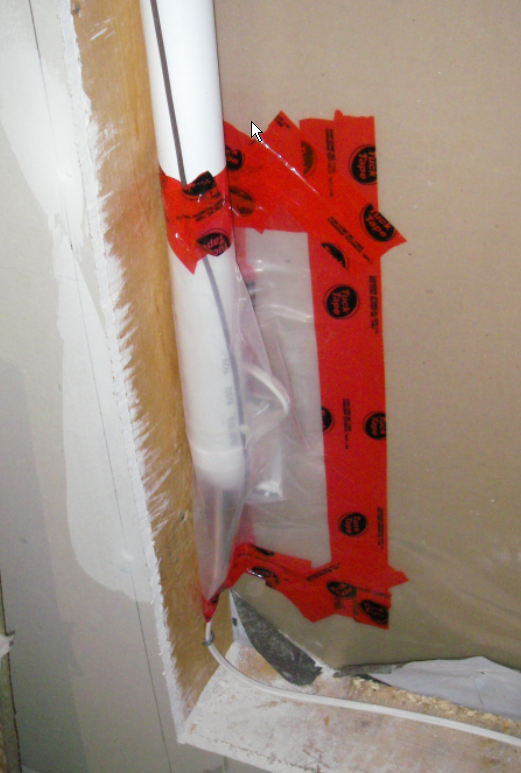 I tried to leave as little air in this pocket as possible, despite it being fairly large. I wanted to ensure there was enough room for the wires to move around when attaching/removing the faceplate from inside, which there easily is.

Though it's not apparent in the picture, I used a separate loop of tape going around the wires so there isn't even a gap, kind of like this: 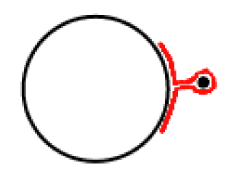 "I am thinking to just form a small pocket around this whole thing, and then tape up the holes where the wires go through, and tape around the 2" suction line."

Seems like you answered your own question. I like that you're being fastidious about the vapor barrier, but I have some questions for you.

How new is the house?

How comprehensive is the existing vapor barrier and what does it consist of? Typically here in coastal California we don't emphasize the vapor barrier as an integral part of the construction process because the indoor/outdoor temperature and humidity differential is not so great. This disqualifies me as an advisor on this aspect of the project but I'm interested in learning more.

Is the garage at all a conditioned space?

An interior vapor retarder is useful in heating-dominated climates while an exterior vapor retarder is useful in cooling-dominated climates. In most climates it is often better to have a vapor-open building assembly, meaning that walls and roofs should be designed to dry:[6] either to the inside, the outside, or both, so the ventilation of water vapor should be taken into consideration. A vapor barrier on the warm side of the envelope must be combined with a venting path on the cold side of the insulation. This is because no vapor barrier is perfect, and because water may get into the structure, typically from rain. In general, the better the vapor barrier and the drier the conditions, the less venting is required.[7]

In areas below foundation level (or, subgrade areas), particularly those formed in concrete, vapor retarder placement can be problematic, as moisture infiltration from capillary action can exceed water vapor movement outward through framed and insulated walls.

A slab-on-grade or basement floor should be poured over a cross-laminated polyethylene vapor barrier over 4 inches (10 cm) of granular fill to prevent wicking of moisture from the ground and radon gas incursion.

Inside a steel building, water vapor will condense whenever it comes into contact with a surface that is below the dew point temperature. Visible condensation on windowpanes and purlins that results in dripping can be somewhat mitigated with ventilation; however insulation is the preferred method of condensation prevention.

Based on the information you've provided it seems that your house varies from cooling to heating needs depending on the season. This implies to me that the integrity of the vapor barrier is of minimal importance.

It has been my experience that condensation problems primarily happen where the air-flow in uninsulated locations is retarded by improper insulation installation. A small (<1 ft. sq.) area where the vapor barrier is nonexistent because of fixture installation is unlikely to be a problem. E.g. everywhere you have an electrical box.

Not the answer you're looking for? Browse other questions tagged vapor-barrier central-vacuum or ask your own question.

5
Installing bathroom exhaust fan: what to do with vapour barrier and insulation?
4
Should I vapour barrier an (inside) sistered wall when the exterior wall already has it?
4
How do I deal with a joist in the way of where I need to run a pipe?
8
How do I retrofit a junction box in an insulated wall?
4
What is correct vapour barrier method for bathroom ceiling in a bungalow in Canada
3
Detect central vac pvc piping in walls
1
How Do Houses Prevent a Water Buildup in the Flooring?
3
Installing in-wall speakers in an exterior basement wall