Can I still use a burnt plug?

My washing machine plug is burnt due to overheat socket. The plastic shield has melted and I am wondering whether this plug can still be used (on a different socket). 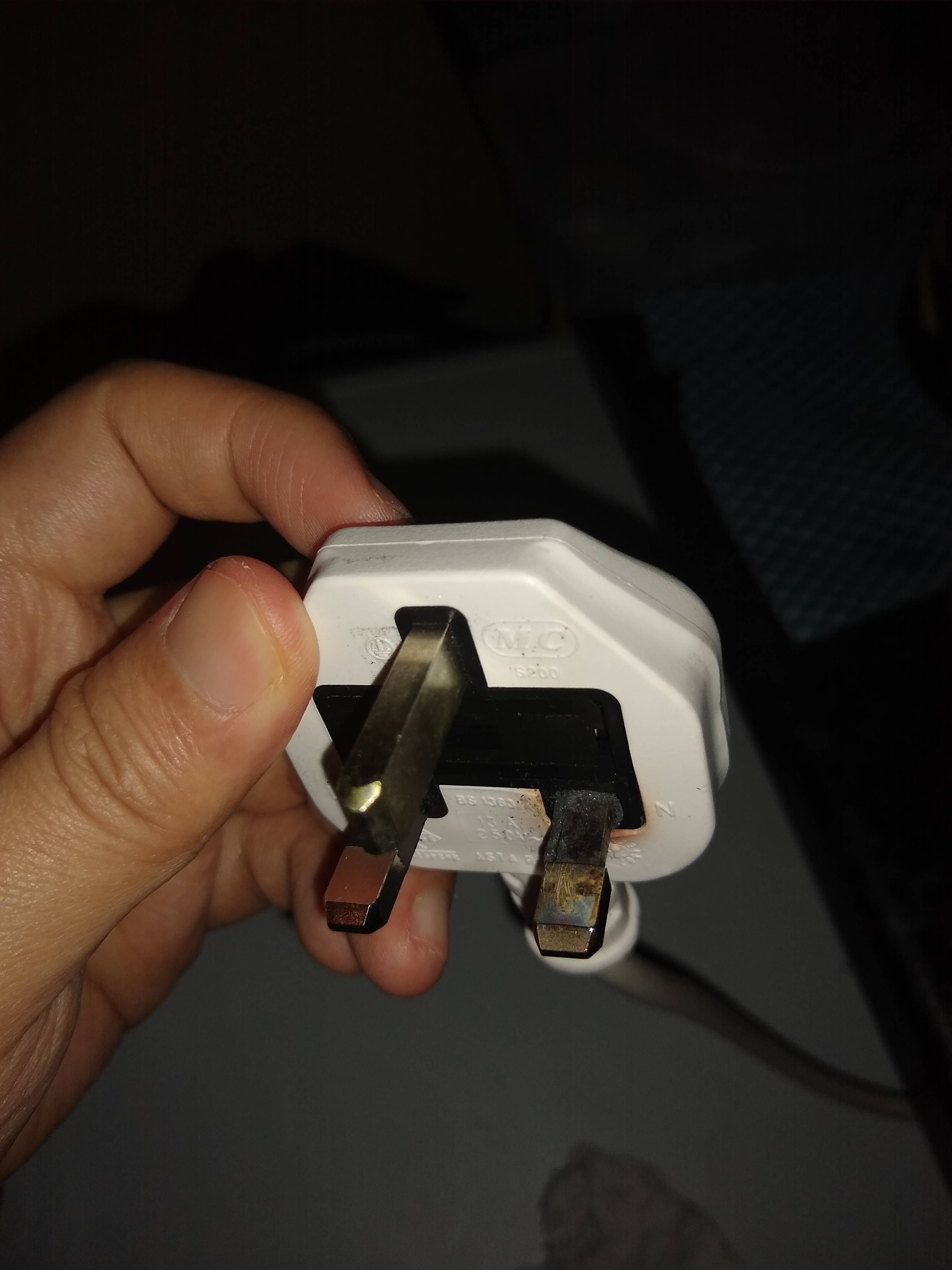 It should be replaced.

Electrically it will work but mechanically the sharp edges exposed by the burnt off plastic insulation could damage the new socket. Also the missing insulation makes it less safe.

Replace both the plug and the socket and don't use either until they're repaired properly.

If you choose to use this burnt plug in a different socket, the carbonising will add resistance to the circuit, heating it up and damaging the second socket which then also needs replacing.

The heat buildup can also start a fire, and there's a fair chance any Insurance would reject a claim because of your actions.

Also, heat can soften the support materials in a plug/socket, allowing things to move and increasing the tolerance of the mating connections. This permits arcing, adding heat and carbon, resistance, heat, more resistance, heat etc in a runaway.

If you use a good plug in the original damaged socket, the same results occur, leaving you with another plug and socket to be replaced.

The damaged insulation also means this plug is out of spec and must not be used.

Another consideration is that you're in the UK based on the plug's tines/pins. I'm not qualified there, but my understanding is that you may have a Ring Main, where damage in one part of a circuit can cause overloading in other unrelated sections.

Don't think, "I just need to do one load of washing," because it never stops there.

REPLACE IT. <- that is all the answer should require....and you probably already suspected that.

Something not mentioned above and something I have experienced first hand... If you have a bad plug and it is powering something "electronically delicate" - you could fry something on its motherboard (PC, TV, Tablet - I fried the motherboard of a treadmill). Voltage or power dips or spikes will cause havoc on capacitors and other components.

4
Can I use a socket conversion unit to split a washing machine socket in order to add a dishwasher?
2
Can I safely plug a 13amp washing machine into a 15amp power socket?
0
Plug-In Power Monitor causing washing machine drum to become electrified?
0
Can I plug a 13A washer machine into a 20A power source?
0
Washing machine electricity
1
What is this electric plug called?
0
Can a cooking oil spill-over cause a burnt-out outlet?
0
Electrical outlet arcs only for non polarized grounded plug