I live in the desert and a local bud of mine used landscape grade timbers that he attached vertically onto the cinderblock wall every 8ft. Then he laid outdoor rated privacy fabric over the timbers and stapled them along the wood timbers. And apparently, the fabric isn't drooping between these the studs as they is no horizontal structure supporting the fabric between the studs he placed every 8ft. So now his privacy went from being only 6ft tall to being 8ft tall. I'd like to do something similar but when I was at Home Depot I discovered that the 2'x4'x96" rated landscape timbers were over $10. I have approximately 300ft of length I want to cover so at that price it's going to get costly. Especially when you consider the cost of regular 8ft long 2x4's for interior use are about a fourth of the price.

Since I live in the desert and we only get on average 4-5" of rain per year can I get away with using interior wood and painting it with exterior grade paint to seal it? It does get hot here in the summer (can get to 121 degrees in summer) so not sure if I would have to worry about warping due to extreme heat. But since the timbers are going to be attached with tapcon like screws along a six foot tall wall only 2ft will be up above and unsupported and that would be the only area that could warp.

Would my idea of painting the wood to seal it work or are they more affordable suggestions?

By the way, here are two photos of his project. The first one was before and the second is after. 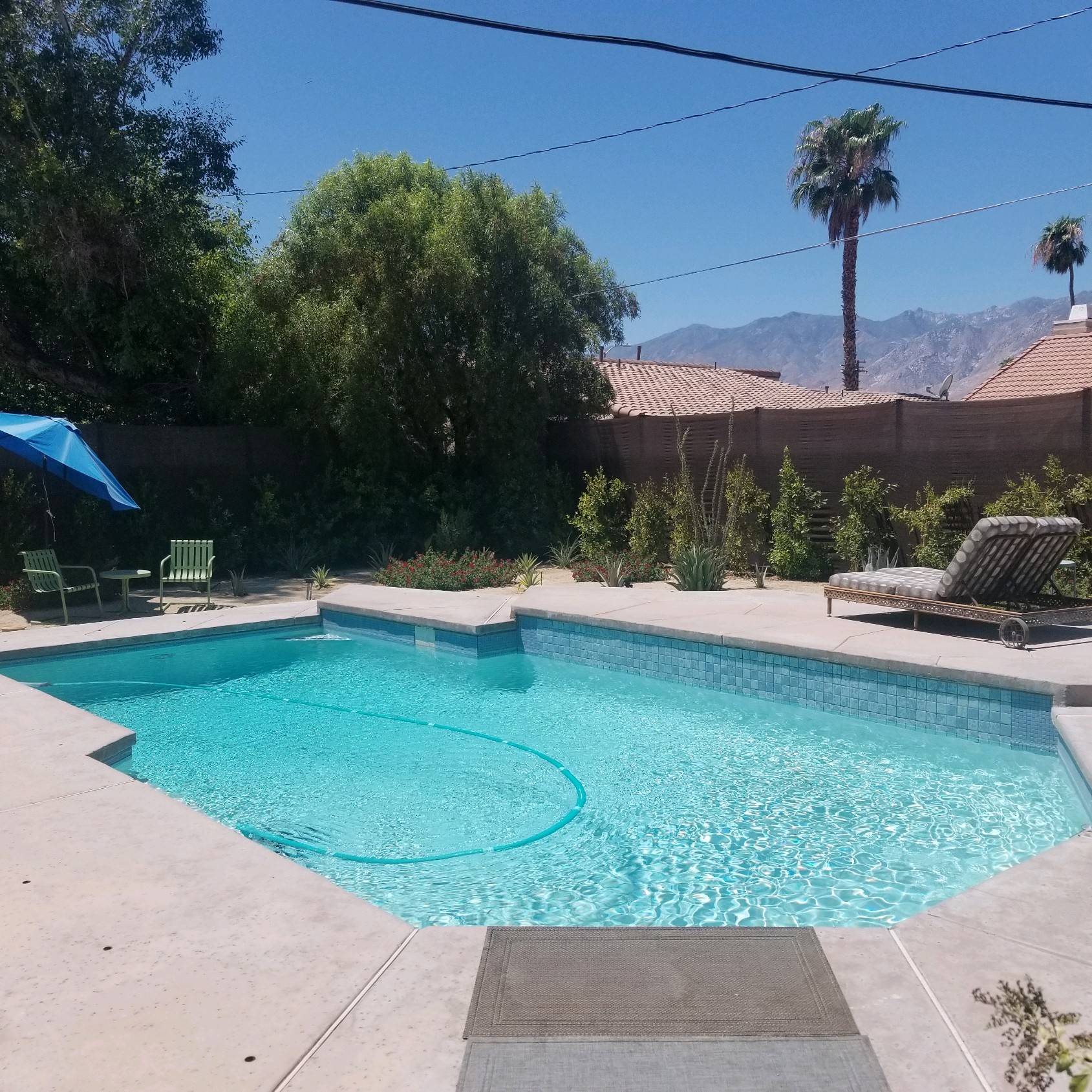 In my case, adding two feet of additional height will block all of my neighbors windows from looking right into mine.

the 3/4 inch can be spaced further than the 1/2". You could probably getaway with cutting each length in half (or 3rds) so as to get additional posts. Sink them 8-10 inches.

Attach the shade cloth with self tapping pan head screws.

Be aware of wall and fence maximum height codes in your municipality.

While I do agree somewhat with ojait (I definitely agree on the Code Violation potential), I question whether EMT would be strong enough. I would rather see Galvanized threaded pipe used with a bracket attachment.

Alternatively, PT 2x4's were used because of their strength and versatility. Wind on a sail is very strong and I'd rather see a double-sided lattice assembly or cut-down fence panels go up. Beautification fencing, trellises or art could be easily mounted to the bottom of the privacy supports...just saying.

I realize the current cost of things is outrageous, but aesthetics, resale, renewal and longevity are big things to ignore or reject. How about doing a section at a time? Starting with the most intrusive areas of concern.

What about some landscaping? Add some planter boxes on top of the wall or attached to the face. Or combine Iggy's lattice/trellis suggestion with some kind of ivy or other trellis-loving plant. I realize you live in the desert, but with the right plant selection and some irrigation it could work.

Probably not the most economical option, but one of the more attractive options, and if you buy the plants small enough or grow them from seeds, it wouldn't be too expensive.

Not the answer you're looking for? Browse other questions tagged walls outdoor lumber or ask your own question.

7
How can I extend a wall outlet?
6
How to deaden the noise that bounces from cinderblock wall in backyard?
0
Patio wall ideas
0
What's the right type of lumber to construct a small TV platform?
1
Ideas to finish the edge of my wall with decorative stone
0
House with some cracks on the exterior wall
0
Can I use 4 x 4 to extend the space from the wall with a tv mount?
0
Ideas for getting into wall
1
What can I use to create a "chair rail effect" for my outdoor privacy fence to separate the two different materials?