I live in a home built in the late 60s. The old set up for the washer was draining into a utility sink (1 1/2 trap that connects to a 2in main) I wanted to move the washing machine to the other side of the wall and remove the utility sink by including standpipe. So far, I connect a 2 in stand pipe, with a 2in trap. When the washer drains, is backing up into the utility sink. Is there any way to fix this mess I created (I don’t mind starting over) or should I just move the sink and have the washer drain into the sink (like before)?

Thanks for the help! 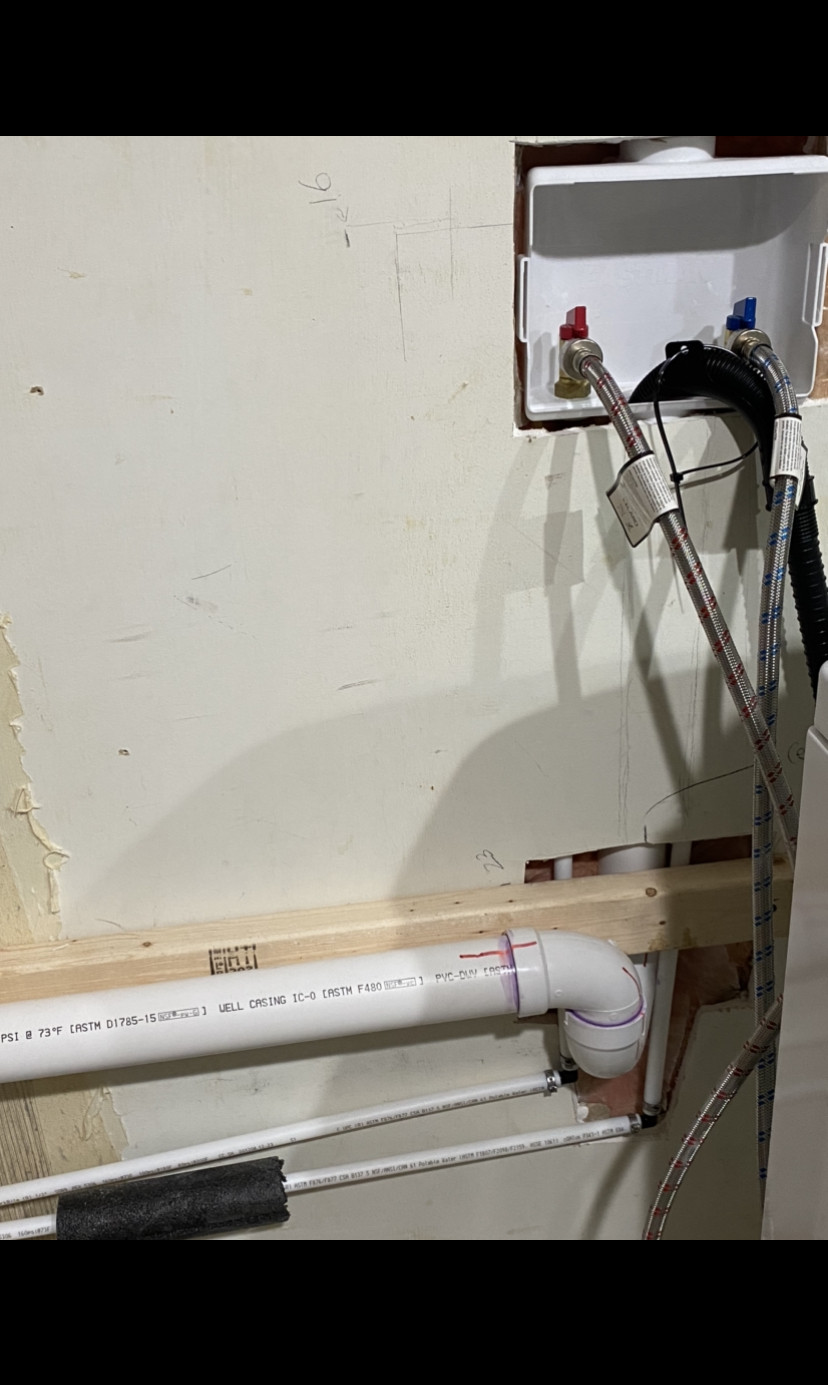 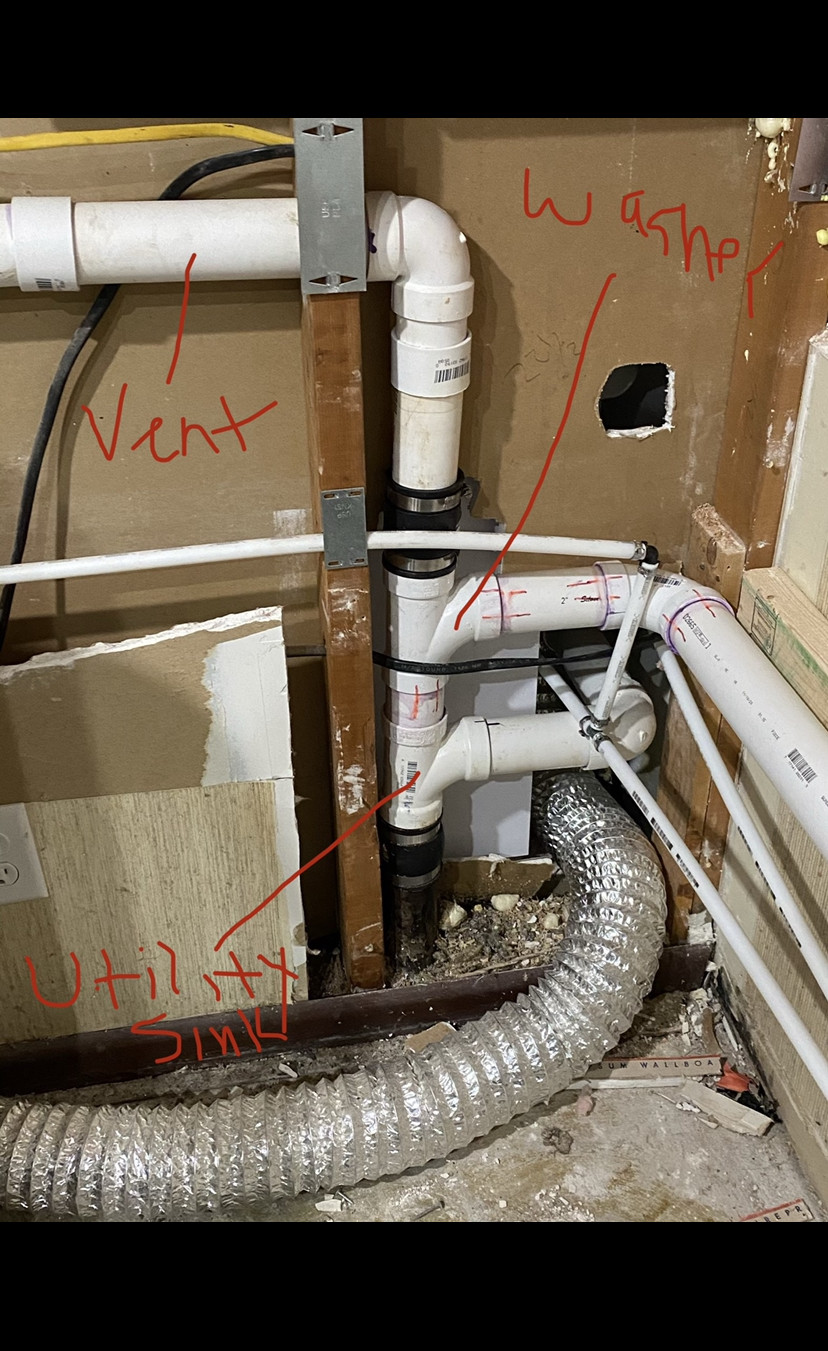 There's probably 50 years of lint build-up in the drain line that services this leg, causing it to be somewhat restricted. Draining a washer into a laundry sink buffers the high flow, which both makes that less of a practical problem (so long as it drains eventually) and also encourages the problem (since the water flows more slowly) - if it's backing up now, then the line beyond is probably in need of cleaning.

The vent line has some serious code issues by the codes I work under - apart from the question of how long your wet-vent is (on a trap that's absolutely testing the limits of venting to not get suctioned dry - washing machines are difficult) it is clearly going horizontal low enough that I doubt it's 6" above the flood rim of the highest fixture on the floor served. Indeed, it would appear to be below the level of the standpipe, though that does involve interpreting between pictures, but I also doubt it's 6" higher than the rim of the laundry sink I can't see.

Pull the no-hub coupling and look down the pipe. Any blockage in sight? No? Get a 1/4 inch pipe snake and send it down. Feel for blockages (not fittings). If you feel like it's hit an obstruction ream it back and forth a few times and continue snaking the line. When your done and have withdrawn the snake see if any crud is attaches to the lead coil. Identifying what it is (no matter how gross) will enable you to take preventive steps so it doesn't happen again.

Also the problem may be the laundry tub drain line is to big. It doesn't have to be that large. 1 1/2 inches is plenty.

Not the answer you're looking for? Browse other questions tagged washing-machine drainage or ask your own question.