My contractor left all three shower heads in our house in this condition (see photo). I can slide the escutcheon (trim plate) up to the wall but it doesn't stay put.

What's the correct way to finish it?

Plumber's putty inside the plate with silicone caulk around the edge? 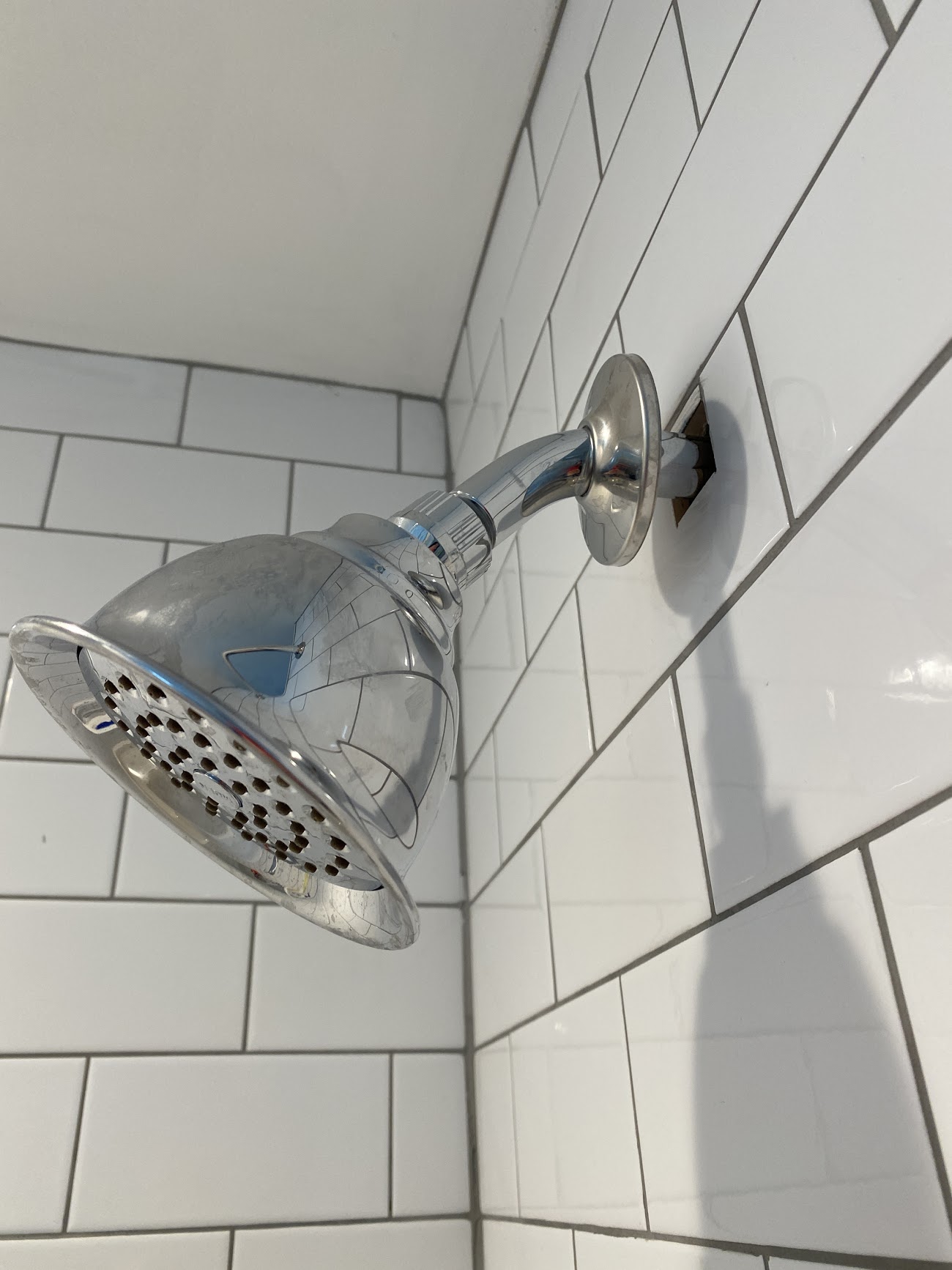 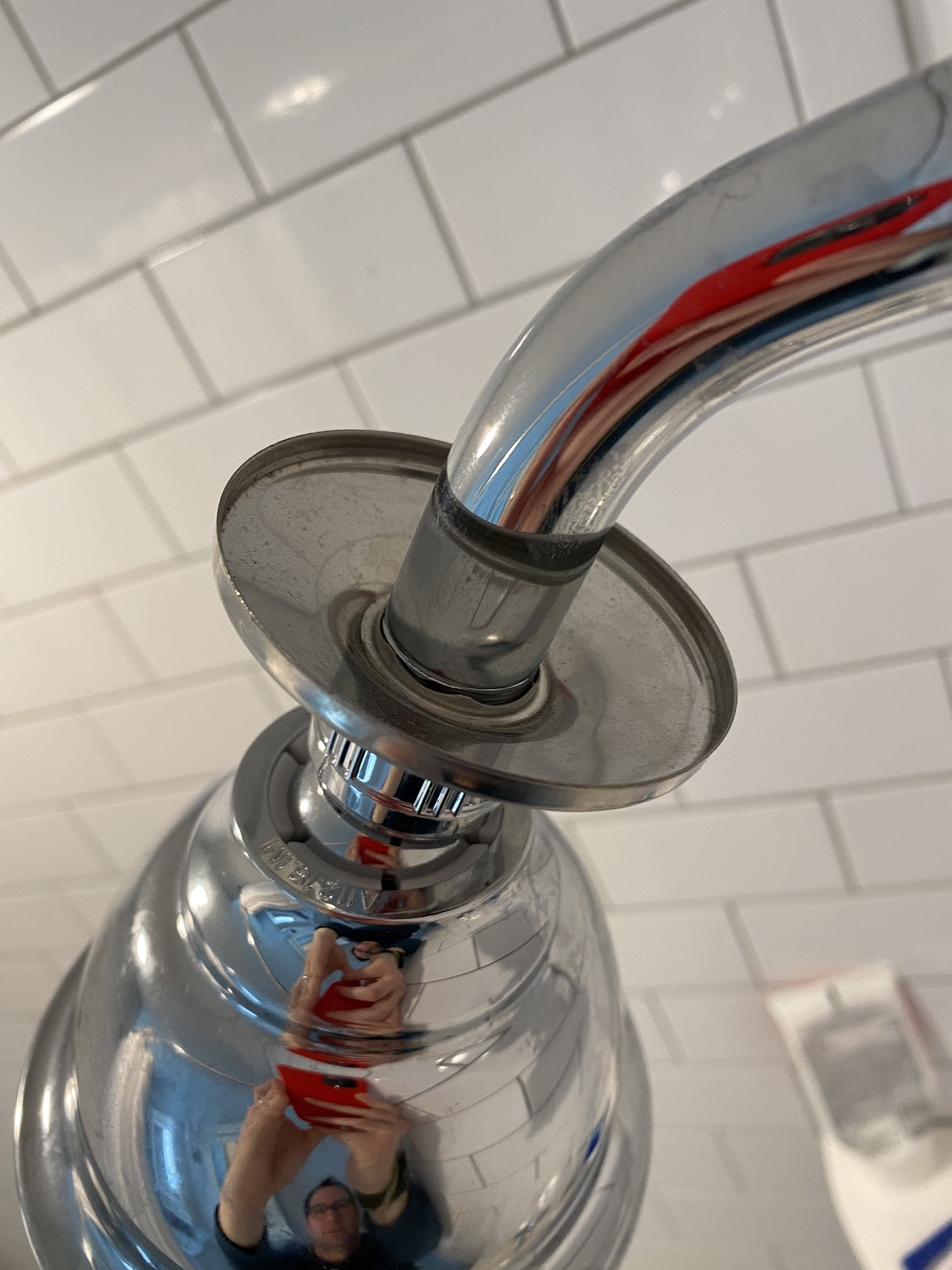 Those are intended to be friction-fit--the wavy tabs you see from the back grab the shower nipple. You might be able to remove the shower head, slide the trim plate off the nipple, flex the tabs a bit with a pliers, and reinstall.

However, a dab of clear silicone caulk could help keep it in place. Put the caulk far enough back on the nipple that it won't ooze out the front of the joint.

One other thought... if the trim rings move because there's a lot of movement in the shower head pipe (in the wall), that's a problem. It should've been secured near the nipple connection. If that's the case, some low-expansion spray foam would really help.

Using a caulking gun with silicone shoot enough into the tile opening until it starts to come out. let it push out until slightly higher than the tile surface. Shoot some more onto the inside of the trim plate's outer edge so that when pressed to the tile wall it will adhere.

3
Is it normal for acrylic caulk to dissolve?
1
Caulking a round corner stand up shower
2
Replacing shower head - thread sticking out of wall is too long
2
Shower/Tub caulk cracking on new bathroom shower
2
How do I take apart this shower control?
1
How to address diverter pipe length issue during shower remodel?
2
Shower leaking out the grout
2
Is grout required behind shower knob trim plate?
0
Shower head arm rusted through
1
Should the edge of a tiled shower wall and floor be left unsealed?