After much work and testing I found the following.

I ran a new wire to the 2 gang Box 2 to handle the recessed lighting. I will leave the wiring for box 1 as is for the ceiling fan/light. I will be adding a new 15a Leviton Decora 3-way combination switch to handle the power to and from the ceiling fan/light and foyer light. TOTALLY LOSING MY MIND NOW! I attempted to wire things as instructed by the combination three way switch and it tripped the breaker. I un wired everything just to see what is happening and found it odd that I was getting power from the Foyer three way wires when I have everything unconnected.

Below is Box 2 showing all of the unconnected wires except for the neutrals. This box held two three way toggles. I added a new 14/2 wire for the dimmer. 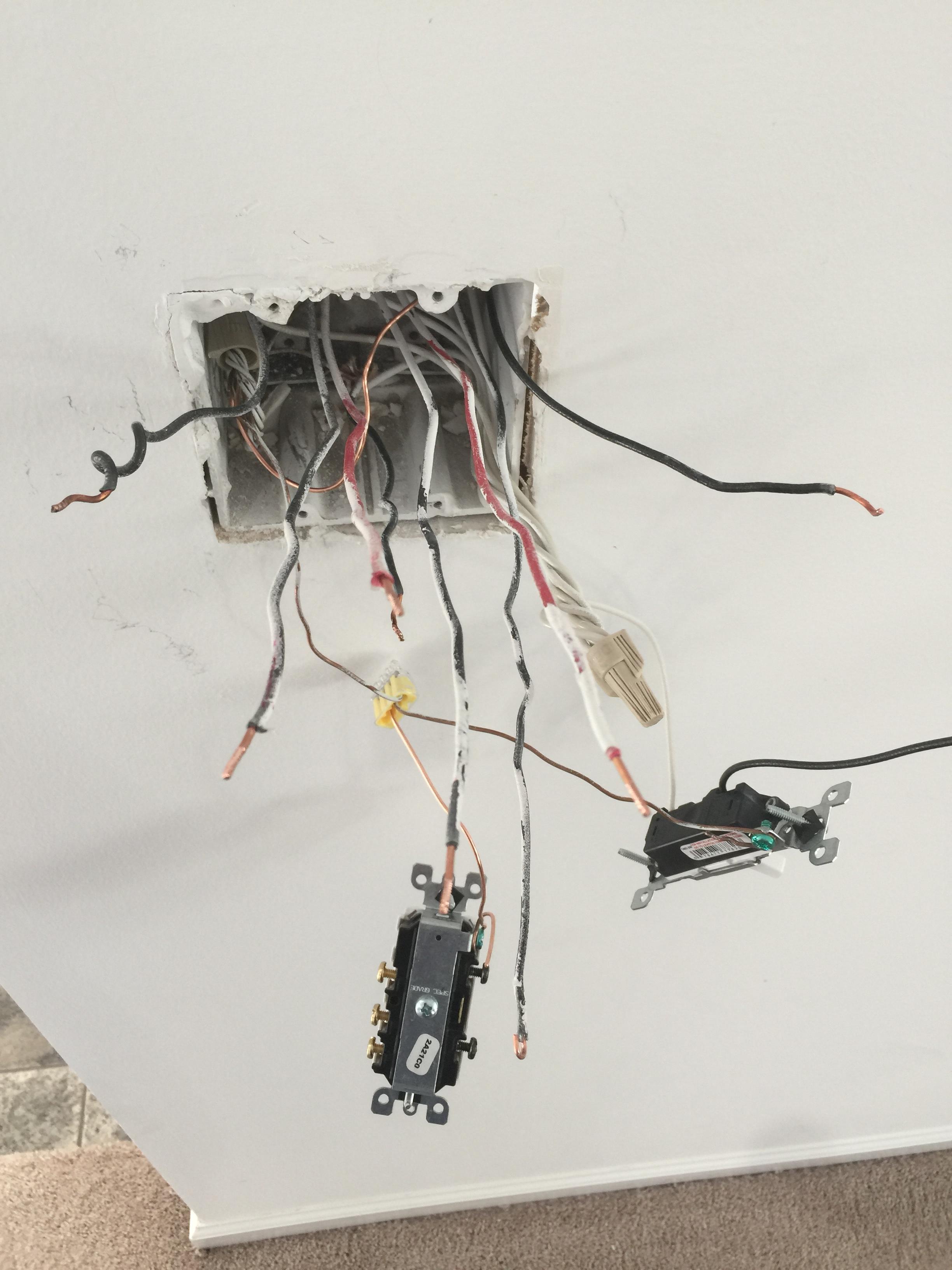 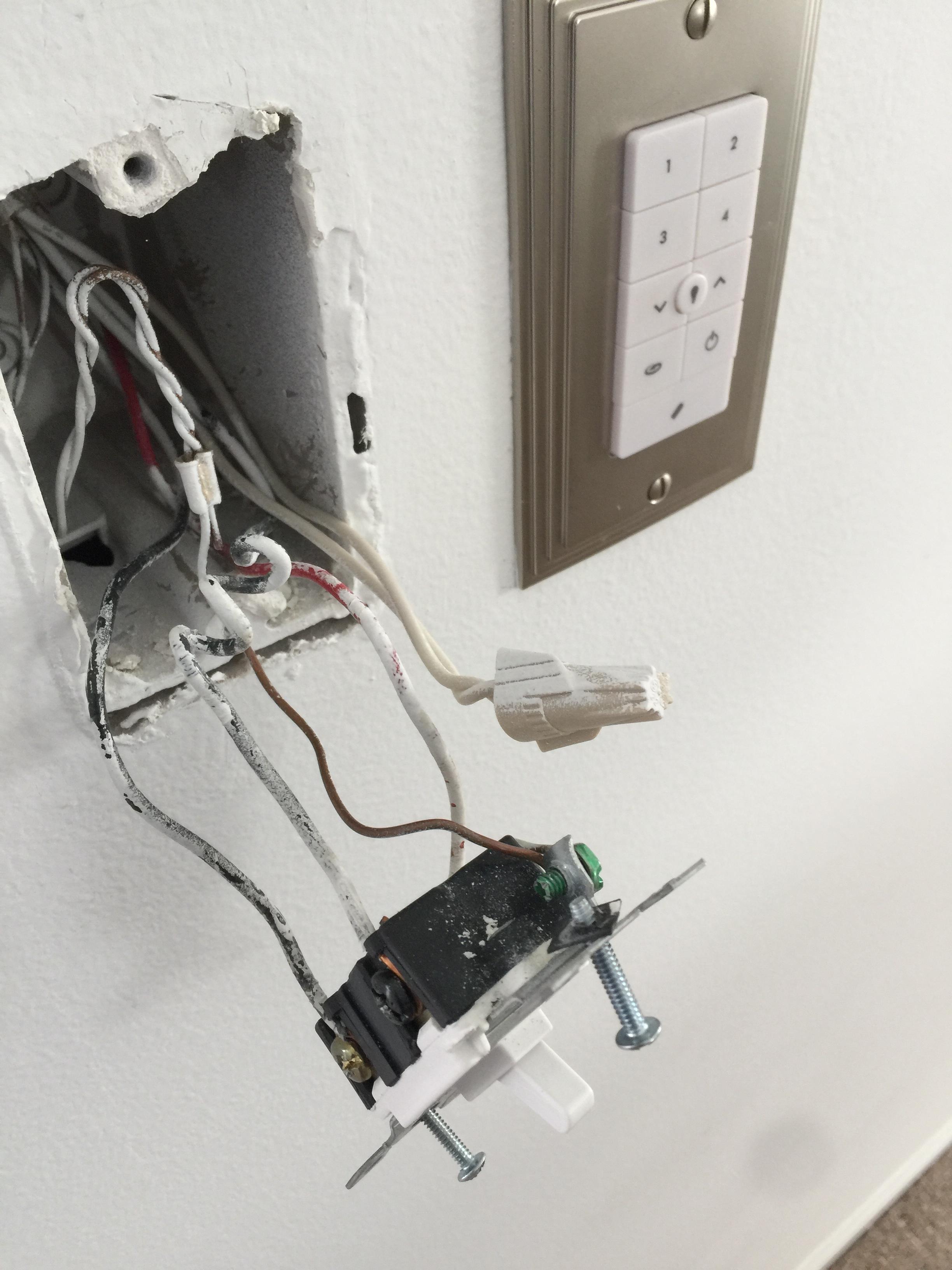 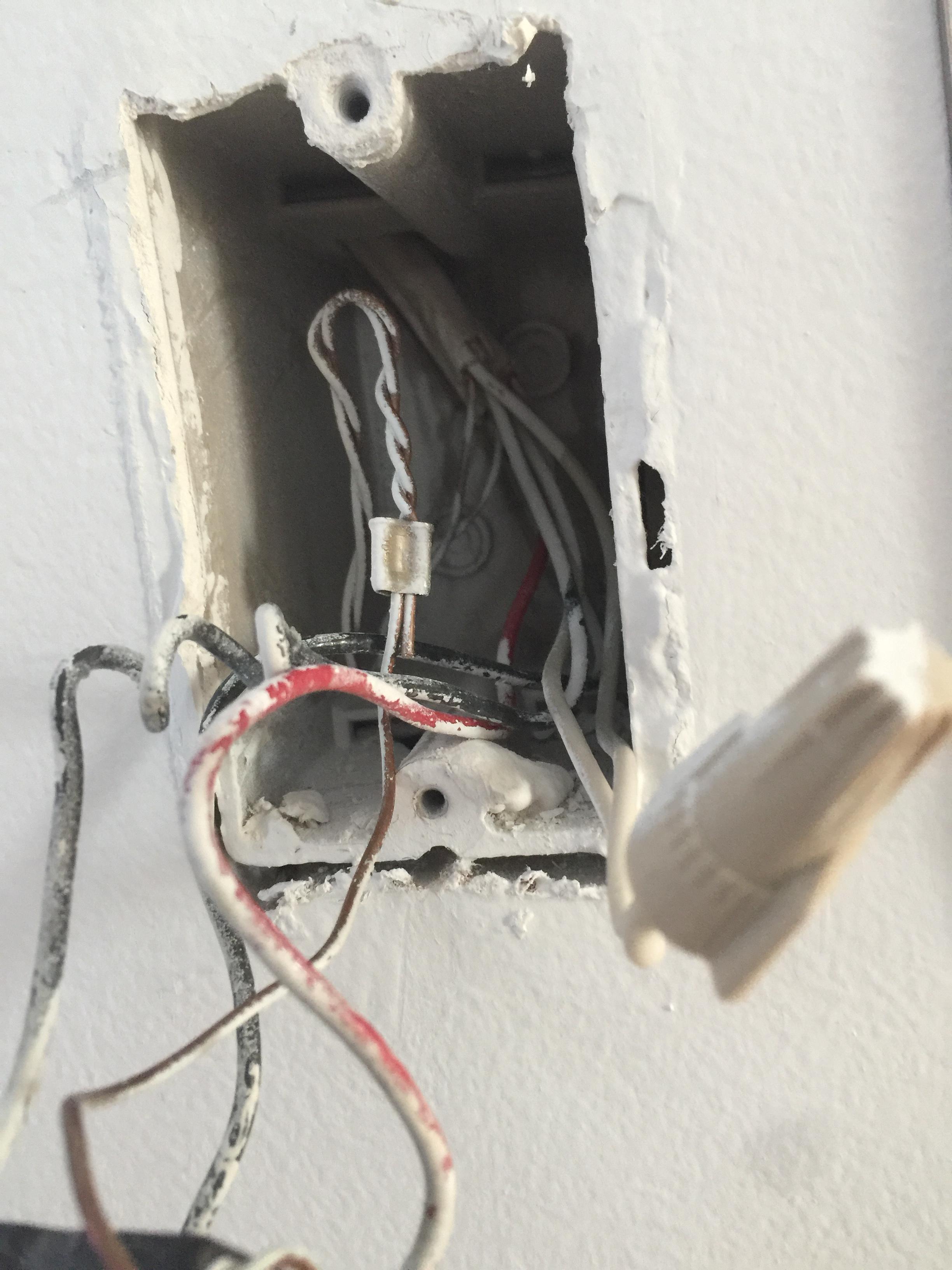 Below shows the old wiring for Box 2 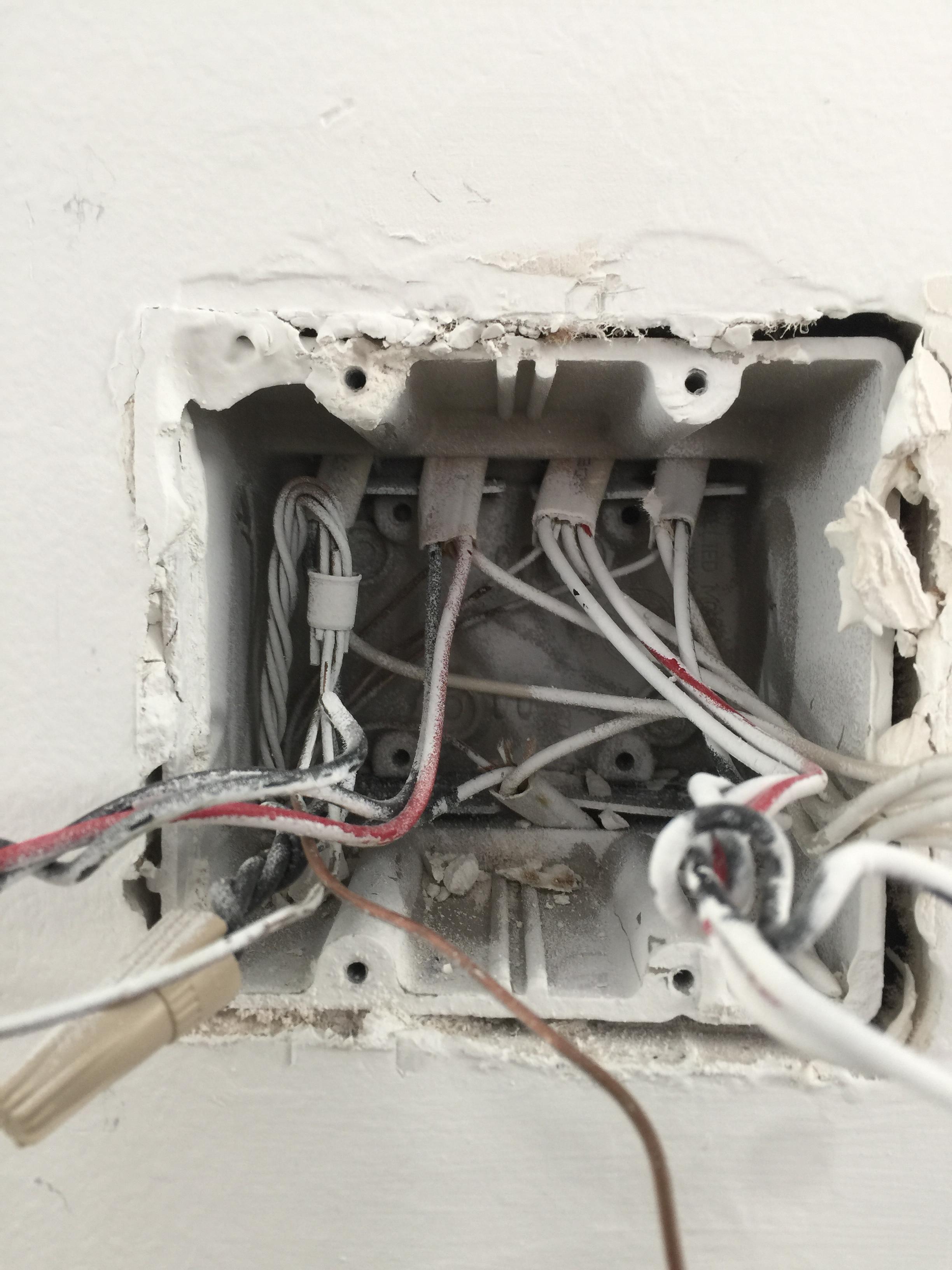 Below shows the old wiring with the two 3 way toggles in place. Not sure why the black wires are wrapped around the two sets of travelers? 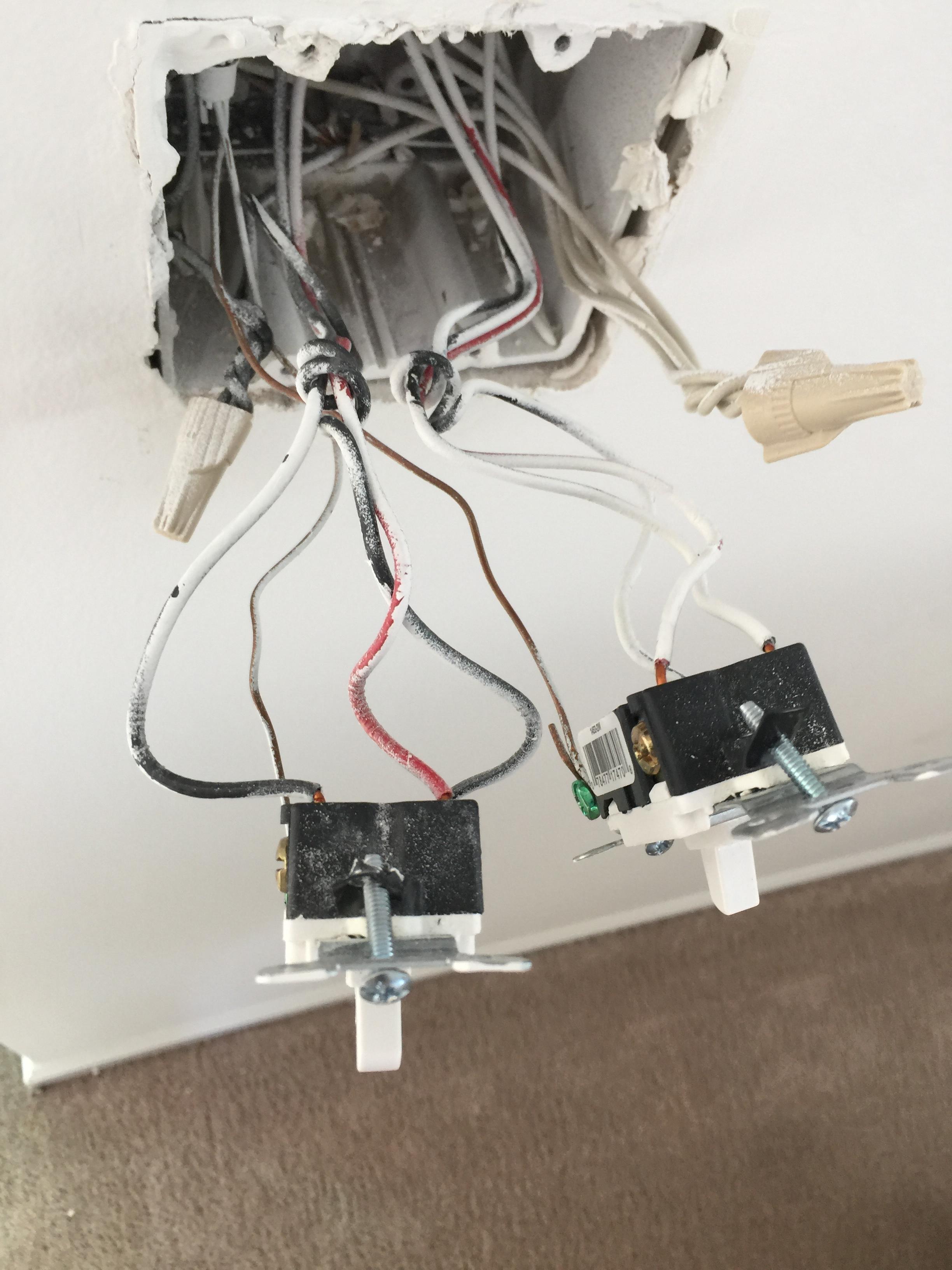 Below is the wiring image I used to illustrate my situation. Obviously the wiring shown may not reflect what I have because the box 2 on the right only reflects one 3 way toggle switch. 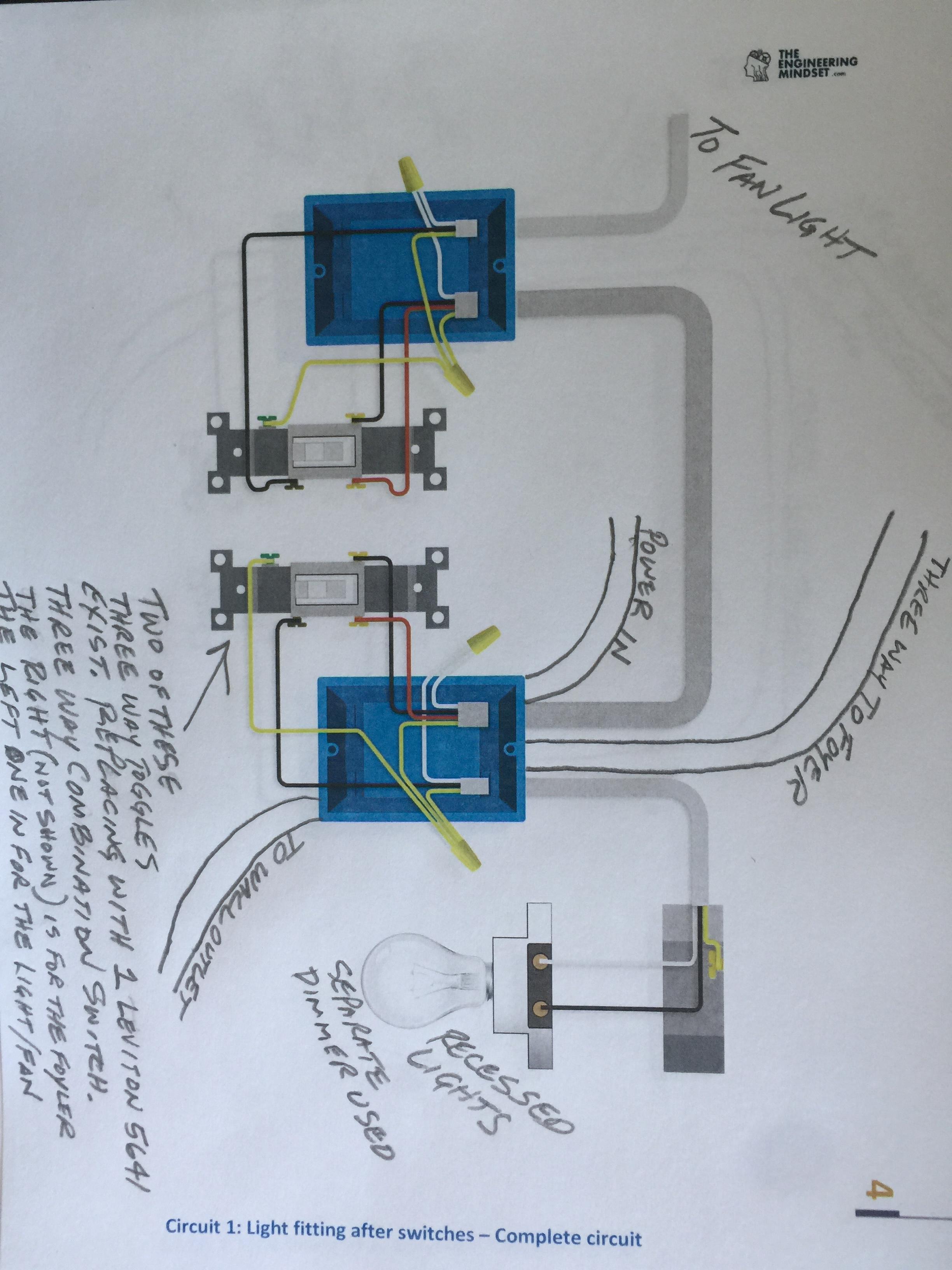 Two gang box from inside the closet. 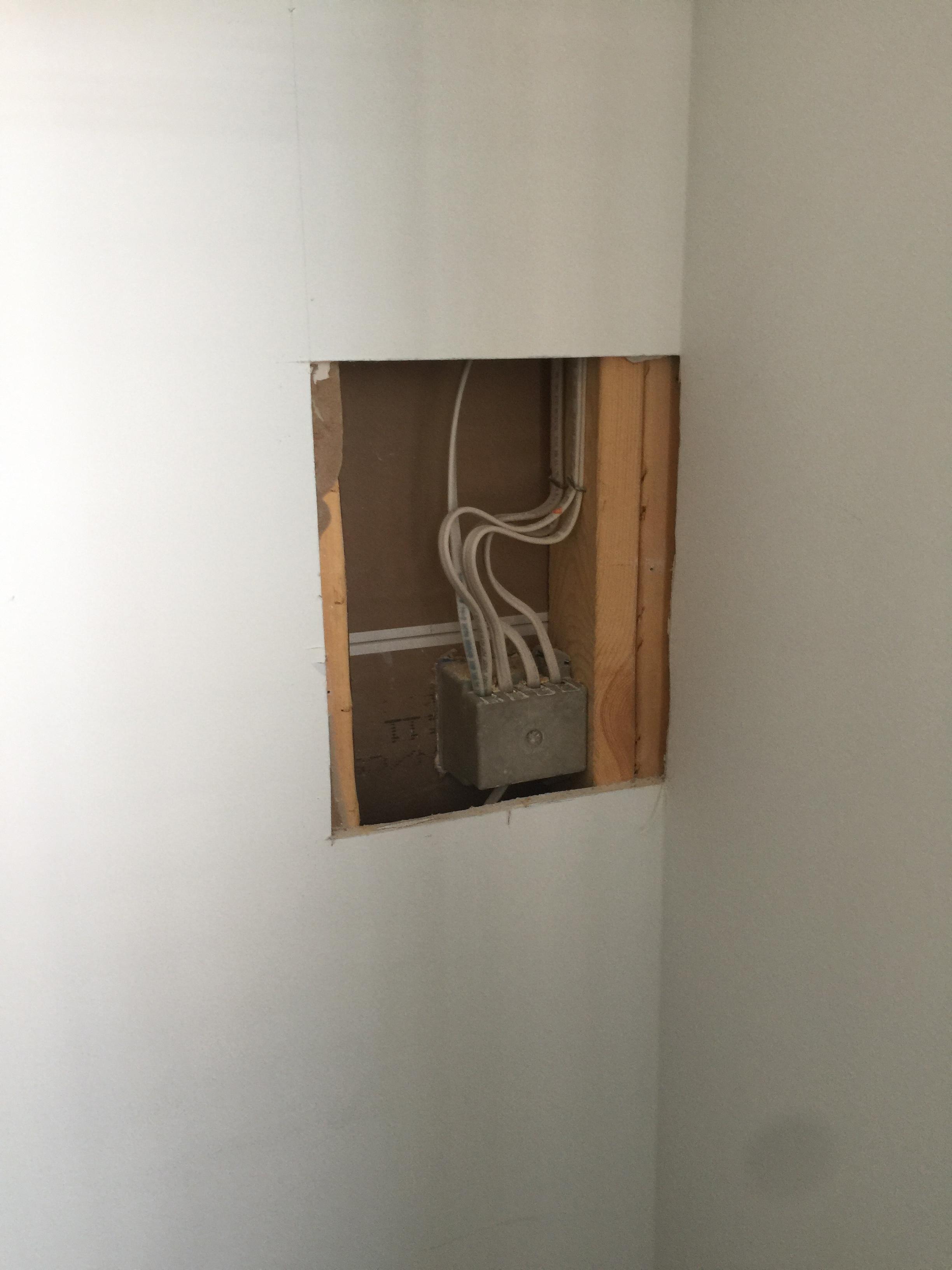 Your plan to feed the recessed lighting from and mount its dimmer at the existing two-gang where power comes in is a good one, save for one issue: box fill. You see, the NEC allocates a given amount of space for wires and devices in boxes to avoid overcrowding and its consequent issues with wire-bending and overheating. In particular, you have 18 wires in that box, consisting of 12 current carrying wires, 2 wires' worth of grounds (1 for every 4 grounds), and 4 wires' worth of devices (2 wires per gang * 2 gangs). For 14AWG wire, this yields 36in³, which is a bit more than your average two gang plastic box holds, as those cube out at 32in³. So, you'll need to check the fill capacity printed on the inside of your existing two-gang box, and replace it with an extra-large box if it comes up short.

Not the answer you're looking for? Browse other questions tagged electrical recessed-lighting or ask your own question.

1
Changing 3-way ceiling fan/light switch to separate fan & light controls
0
Two 3 Way Switches To Two One Way Switches
0
Two Switches to Separate Lights and One Constant Hot Outlet
1
Ceiling fan and light on separate three way switches, code compliant?
0
How do I wire one outlet and two separate light switches in a three-gang box?
0
converting two lights from two switches to two lights from one switch
1
Add switches for two new lights to an existing switch box
2
Two 3-Way Switches and One 4-Way Switch Controlling two lights. How do I convert the 4-way to a single pole switch?