We are currently in the process of opening up the space between the living room and family room on the first floor. The house is a 2 story, 2600 square foot colonial modular house.

The wall we would like to replace with a LVL beam is the marriage wall between the rooms that is 2- 2x4's and 2- 1/2" pieces of OSB. We have a full poured concrete basement with steel support beams spread. From the left the spacing is 7' from wall, then the next one is 9'from that beam then 5'from that beam. The section of wall would have to be replaced with a 17 foot beam. The LVL beam would between the red squares are in the photo. We want to keep the existing post where the red square is between the morning room and the foyer which is roughly 8"x8".

The house was designed with a 40 psf live load and a 12 psf dead load for the floor. Attempts be in contact with the manufacture/builder of the house have been unsuccessful.

Initial research has shown 3-14" LVL beams to cover that span but we would like to keep the drop to a minimum but maintain the full structural integrity of the house built which is very high.

Please let me know if you need any other information to provide. 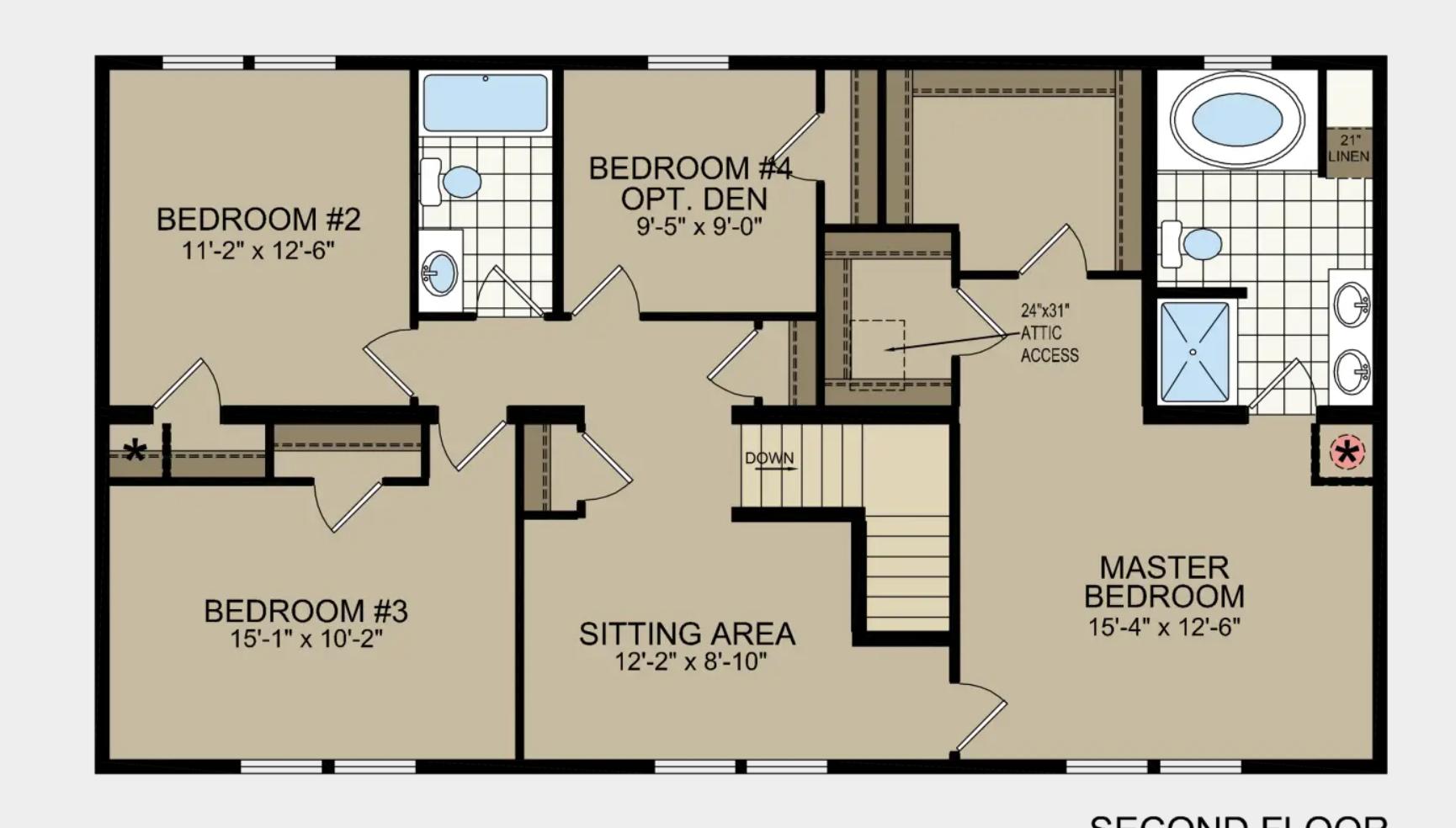 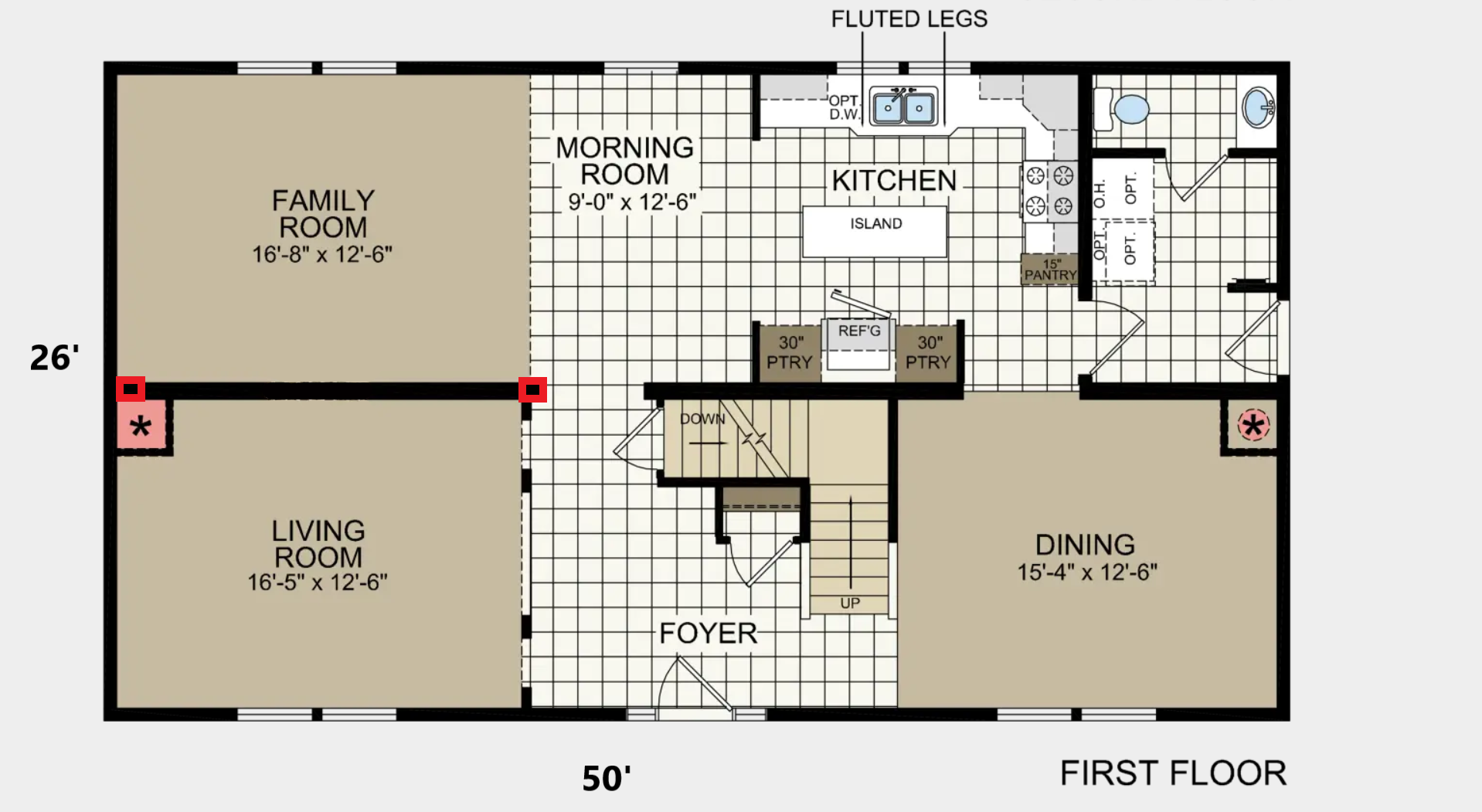 Browse other questions tagged walls framing structural support or ask your own question.

5
What should I do about this load bearing wall that is only supported by a joist floor?
8
How can I safely remove and replace a wall?
1
Do I need to use cripple studs if header is tight to the top plate?
0
LVL Span Ratings and Beam Placement
3
Can I use blocking between floor joists to support off-center jack studs in a load-bearing wall?