Thought installing a cheap "smart" light bulb would be a harmless operation. Here's what I did:

Now, the light switch on the wall won't turn off (like it won't "click" into the off position). 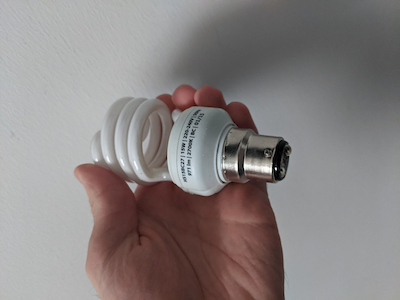 Here's the new candle "smart wifi" bulb (I used their supplied B22 Bayonet Adapter) which caused this issue: 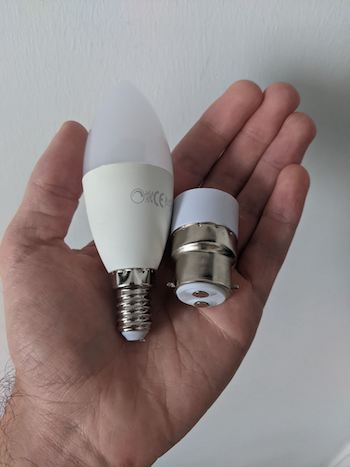 Can anyone explain what has gone wrong? I'm also intrigued into the (protection?) mechanism of the light switch which means it cannot be turned off anymore. More importantly, how do I fix it? I'm in the UK.

Since you mentioned the switch would make an audible "click" sound before the replacement and afterwards it doesn't, you should investigate the switch further.

This is easy when you use some sort of instrument that tests continuity. Use a Digital meter set to Ohm's or assemble one by wiring a battery in series with a flashlight bulb.

By connecting a lead to the switch terminals both instruments will show if there is a continuous flow of electricity through the switch. If they don't the switch is bad.

Not the answer you're looking for? Browse other questions tagged lighting switch uk or ask your own question.