We bought a home which included a few Porcelanosa NK One toilets. (Porcelanosa product page here.) A while ago, the fill valve on one of them failed. I bought a Fluidmaster 400AH PerforMAX fill valve on Amazon as a replacement. I couldn't replace it myself, so we had a plumber come in and do it. Perfect, works great.

Then, the fill valve in a second toilet failed. Bought the same replacement fill valve on Amazon, had a different plumber come in to replace it.

After he replaced the fill valve, it now seems that the water is draining out of the tank rather quickly. There don't appear to be any leaks, so I am assuming it is draining into the bowl. If you flush the toilet, the water refills, and as soon as the fill valve shuts off, you can see the water level in the tank dropping, and very quickly the fill valve float sinks to the point that it kicks back on and refills the tank again.

I am assuming this means that we would have to replace what would be the "flapper", but in the Porcelanosa NK One, there is no flapper, there is some strange cylindrical device that is hooked up to the top-mounted flush buttons. Here are some photos: 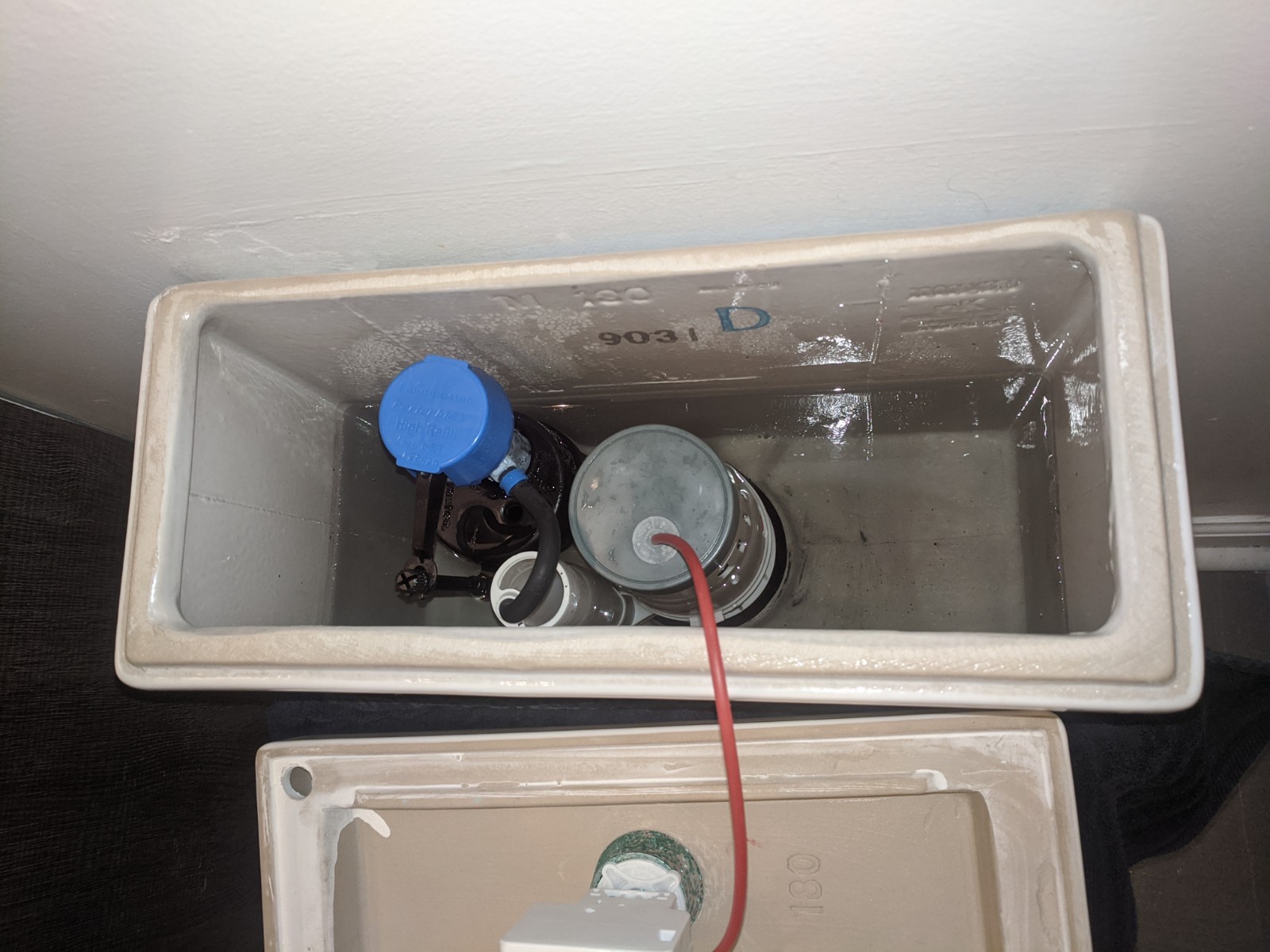 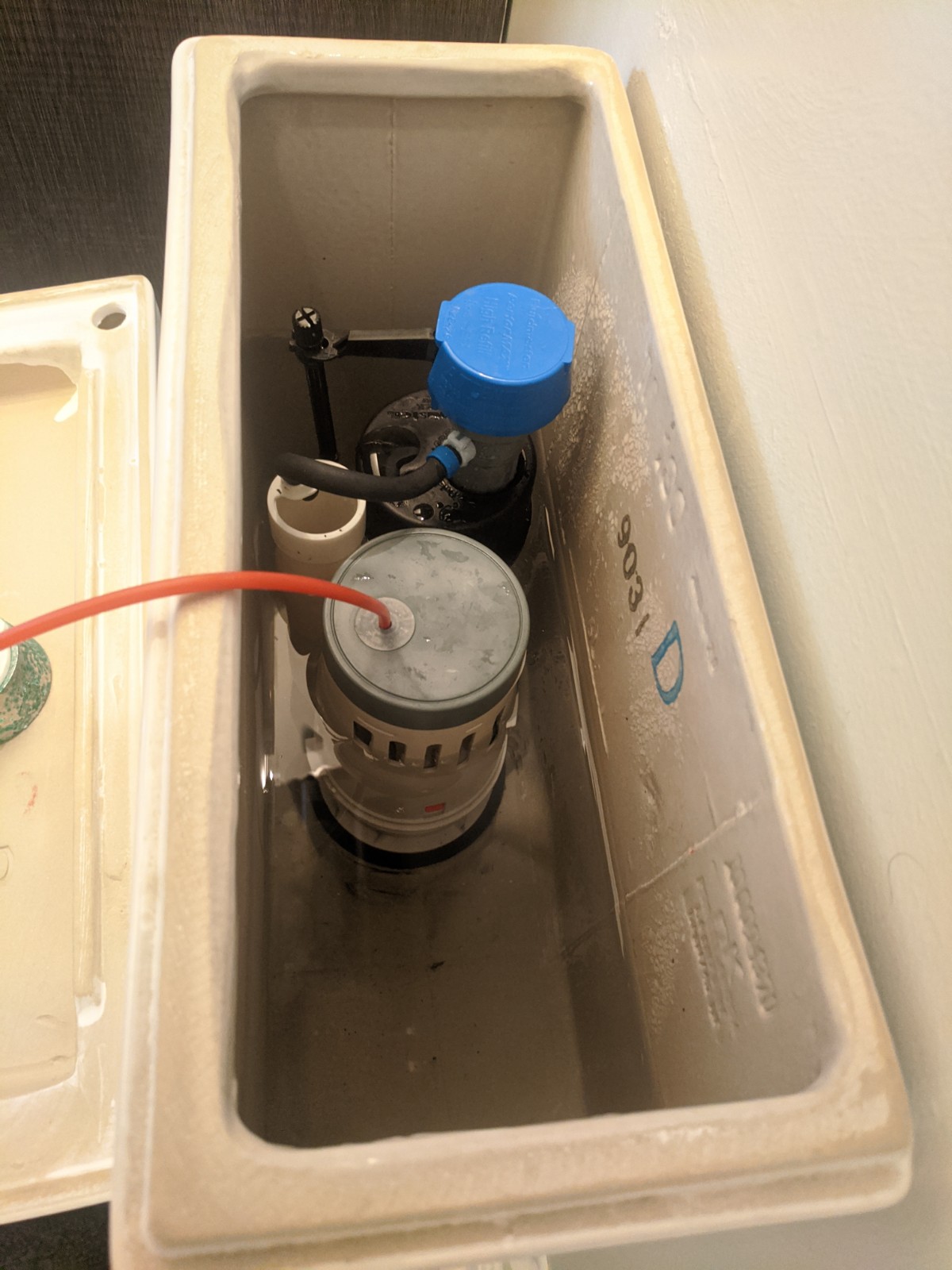 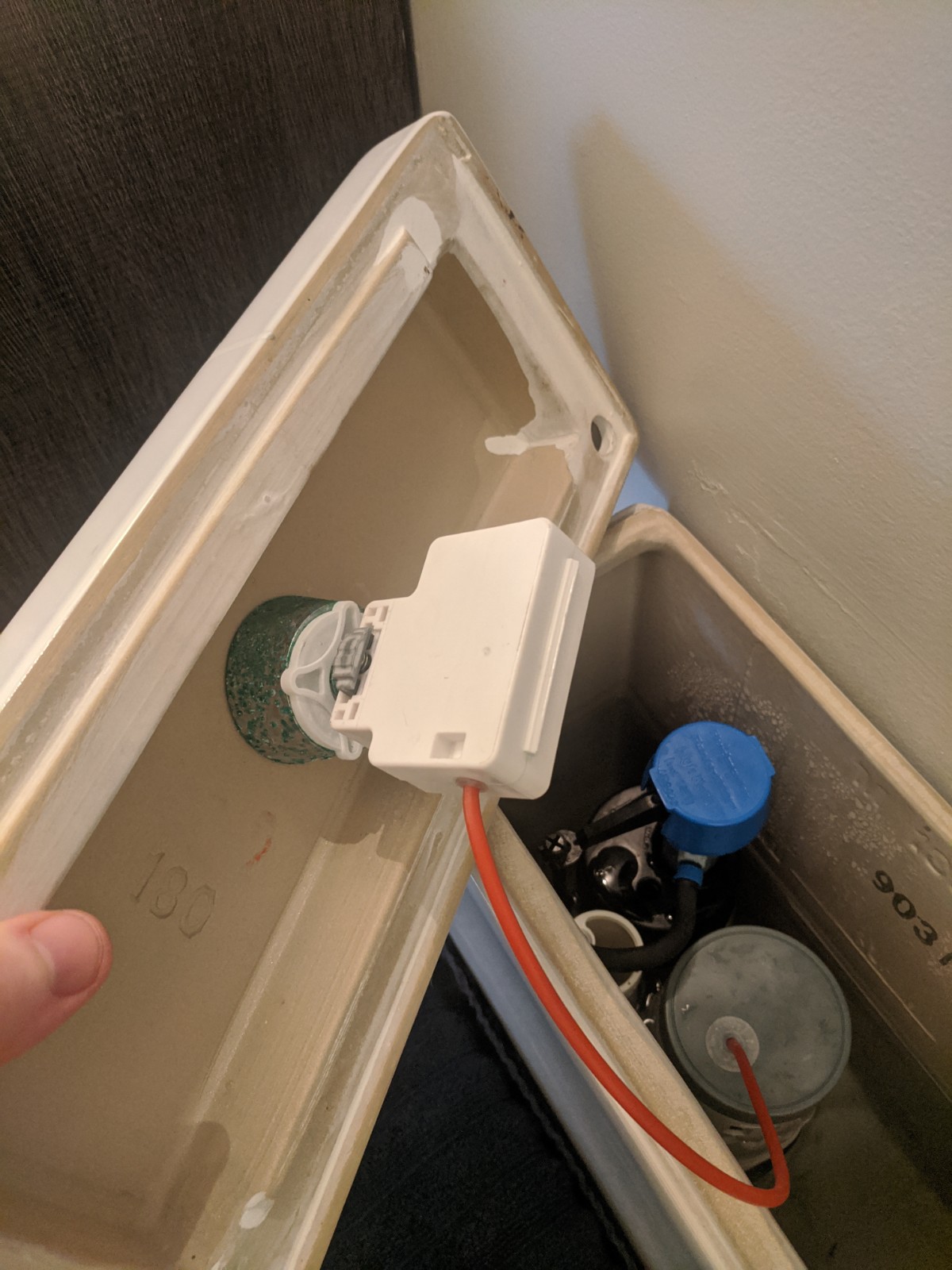 What I need to do is find a replacement for that part.

I have done a ton of Googling, and have not come up with anything definitive that says it is a replacement for a "Porcelanosa NK One" flush mechanism. I can't seem to find any that are actual "Porcelanosa" brand. I am used to seeing replacement parts made by third-party manufacturers that have their own make/model number, but usually those include a long list that clearly state "compatible with: make X model X-1/X-2; make Y model Y-3; etc.", and I haven't found any that specifically list the Porcelanosa NK One.

I did find this promising looking part on the Lowes website, and was encouraged by the claim that it "Retrofits to any 2 in. flush valve toilet, and fits most 1.6 and 3.5 GPF models".

But I'm also a little concerned. The specs on the current Porcelanosa NK One product page say that it has a "1 7/8" (50mm) trap diameter". I'm not sure if the "trap diameter" is the same thing as the flapper hole, but 1 7/8" is awfully close to the "2 in." described in the replacement part, but not quite. Which means it might not work?

Also, that replacement piece seems to hook up to a side mounted flush lever, not top mounted flush buttons, so does that mean it won't work? 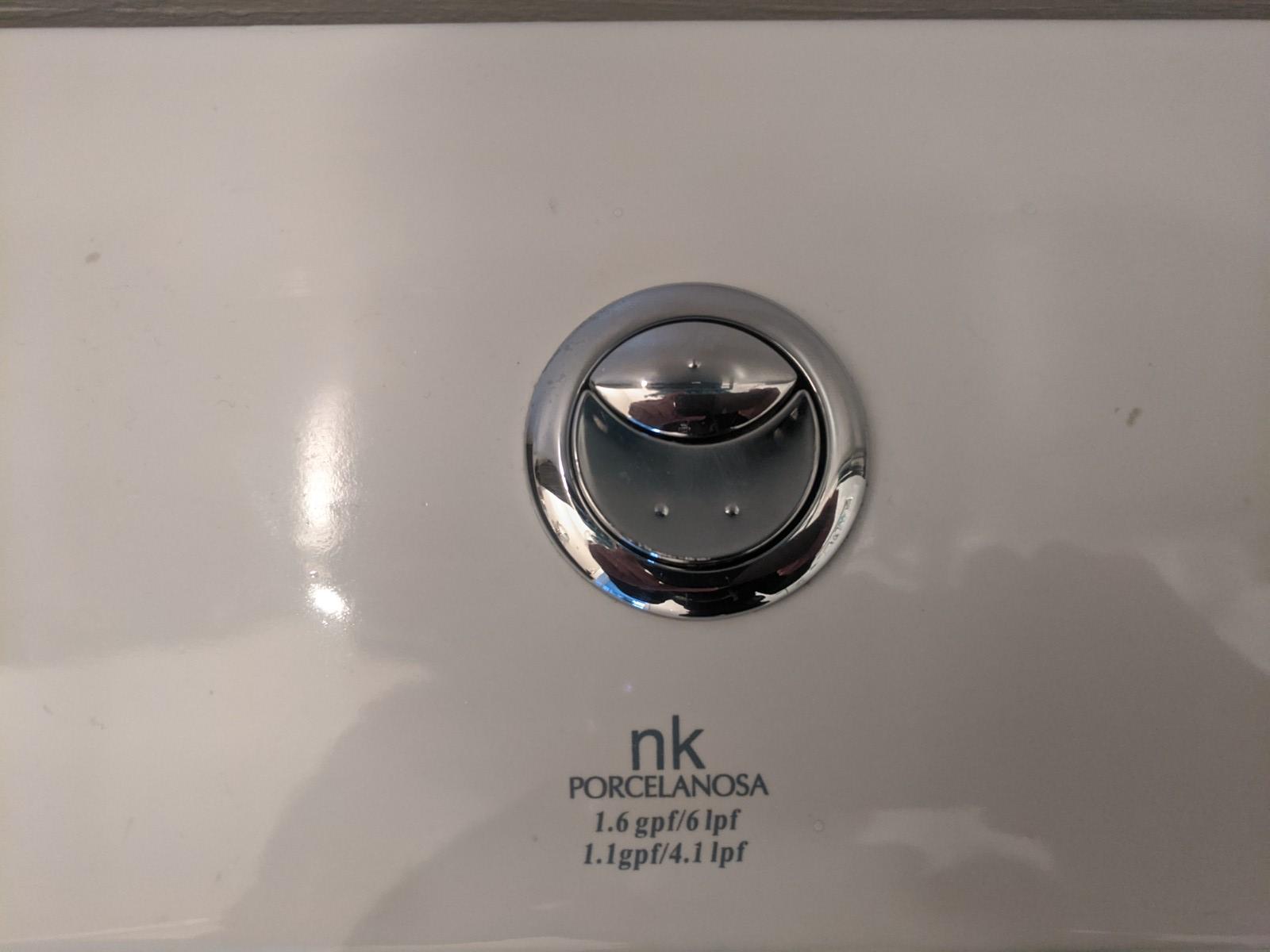 So... if the model that I have has a slightly bigger tank, does that mean that it might have a slightly bigger flapper hole? The replacement part at Lowes does say that it "fits most 1.6 [...] GPF models", which mine clearly is, so is that a good indicator that it would work?

Any suggestions of specific replacement make/models that are known to be compatible with a Porcelanosa NK One with a 1.6 GPF tank would be most welcome.

The current recommendation from the plumber seems to be that we replace the entire toilet. I find it hard to believe that that is the best solution here.

NOTE: the dual-flush action never worked, so if the replacement part suggested would fit, but doesn't have dual-flush, that is completely acceptable.

Browse other questions tagged plumbing toilet replacement or ask your own question.

3
Will low water use toilets clog more?
2
Toilet tank slow to refill (bowl refills normally)…bad overflow tube?
1
Can I use a “universal” flush valve (or different brand) in my Kohler toilet?
2
Fixing a toilet deceptively complicated, where did I go wrong?
1
Filling up toilet bowl after flush to save water
2
Is this a bad Toilet tank refilling Fix
1
My toilet sounds like an angry goose